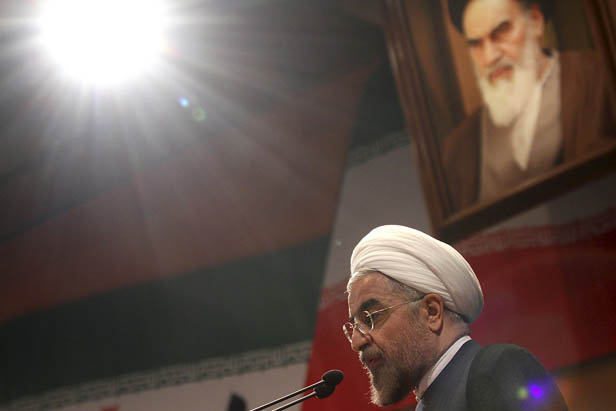 After the two years of fierce fighting between government forces and Western-backed opposition the conflict in Syria is making another dramatic turnaround. While Syrian army is launching key offensive on rebels strongholds to regain the control of the vast territories, lost at the initial stage of war, rival rebel groups are raising their arms against each other. The assassination of Kamal Hamami, a leading commander of the Free Syrian Army who was shot dead by the fighters from the al-Qaida linked group named Islamic State of Iraq and the Levant – the al-Qaida linked group of Iraqi origin has opened a new page in the conflict.

2) Iran: is the reset with reformist Rouhani doomed

The hopes for a new reset in Iran’s relations with the West, generated by the reformist Hassan Rouhani landslide victory in June, 14 presidential election were put under critical test this week. Getting growingly irritant over a stalemate in talks with six world powers over Iranian nuclear program, Israeli prime-minister Benjamin Netanyahu in an interview granted to CBS last Sunday warned that the clock is ticking and there is no way for the window of diplomacy to be kept open forever. Mr.Netanyahu hinted that if required Israel can go for military option to resolve Iranian issue on his own – with no endorsement from Obama administration and the rest of the world, which, according to Israeli side, is dragging its feet and losing valuable time to prevent Iran from acquiring nuclear bomb. The move got an angry rebuke from Tehran. Meantime, an attempt to impose new international sanctions on Iran failed this week as UN Security Council was split over whether Iran’s missile tests last year violated UN Security Council resolutions. Sources say Russia was the most vocal in its oppositions to sanctions and was supported by China.

Ghulam Azam, a septuagenarian former leader of a major Islamic party in Bangladesh was sentenced to 90 years in jail this week for crimes against humanity, conducted during the country's 1971 bloody independence war. One of the key personalities from South Asia 20-th century history books, Ghulam Azam vehemently opposed then-east Pakistan to secede from the Pakistani state and was collaborating with the Pakistani Army in the war while India supported independence movement. Bangladesh authorities says the Pakistani army which was supported by Islamists led by Ghulam Azam killed 3 million people and raped 200,000 women during the nine-month war, while some 10 million people took shelter across the border in India.