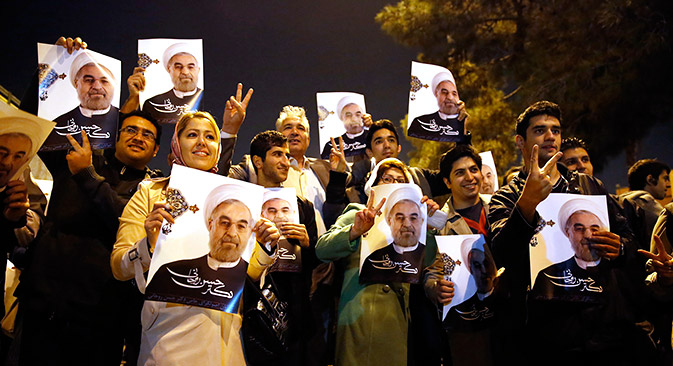 1)  Ukrainian carnage: what next

After the failed attempts to find political solution for the standoff between the opposition and the authorities Ukraine is gripped by the new outbreak of violence, never seen since the country’s 1991 independence.

World powers and Tehran went into fresh round of talks in Vienna over Iran’s controversial nuclear program aimed at dispersing fears over security threats while giving peaceful atomic work international stamp of approval. High hopes were pinned on the talks. However, the efforts to find all-embracing solution are facing mounting criticism, risking to hamper Western reset policy with Tehran.

The abrupt resignation of Italian government, triggered by looming economic problems and crony politics has made President Napolitano to ask Democratic Party leader Matteo Renzi to form a new cabinet. The 39-year-old mayor of Florence would become the youngest head of the cabinet in Italy’s post-world war history. While some dub Renzi 'Italian Tony Blair' others dismiss him as 'careerist without scruples'.