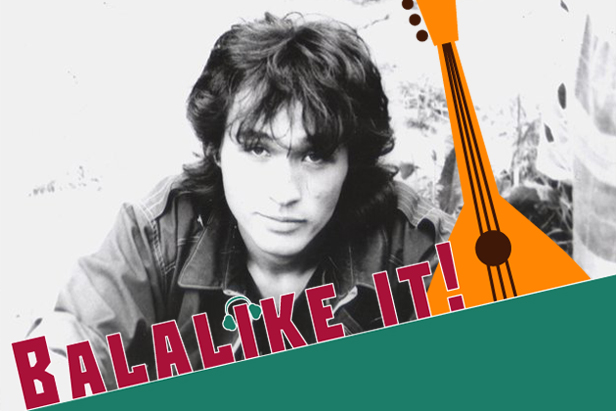 The latest edition of “Balalike it!” is devoted to Viktor Tsoi, who would have turned 52 on June 21 this year. This legendary Soviet musician is synonymous with his backing group, Kino. RBTH recalls their five most popular songs.

“Eighth Grader” (released 1982). Viktor Tsoi had female admirers even as a student at technical college, where he also played in a local rock band. One day, returning home after an outing with one of them, Tsoi wrote the lyrics of “Eighth Grader” in one sitting, recounting the events of the evening. Listeners can easily imagine how Viktor maintained a “pointed silence” in response to his lady friend’s poor grades and the fisticuffs she provokes at school.

“Changes” (1985). This song can be heard in the final scene of the 1987 film “Assa”. Although Tsoi never considered it a protest song, the famous refrain “We want changes” took on new significance for citizens of the Soviet Union, which at that time was on the verge of collapse.

“Blood Group” (1987). This word combination was suggested by Vsevolod Gakkel of Aquarium as a possible name for Viktor Tsoi’s future lineup. But instead Tsoi used it as a song title. He never talked about the meaning of the song, so fans have put forward their own countless interpretations. It is most commonly thought that the track is dedicated to the Soviet Union’s armed conflict in Afghanistan, but there are other, more exotic options. For example, Tsoi was allegedly inspired by the film “Star Wars”.

“A Star Called The Sun” (1989). Rashid Nugmanov, director of the feature film “Needle”, in which Viktor Tsoi played the leading role, claimed that the latter wrote “Star” specifically for the picture. He recounts that Tsoi wrote the song in front of his very eyes, in his apartment in Alma-Ata, where Kino’s frontman lived during filming.

“Cuckoo” (1990). This song Viktor Tsoi wrote in Plientsiems near Jurmala, Latvia. According to Kino guitarist Yuri Kasparyan, it is very personal. He says that Tsoi spent the whole day there in the shed-cum-recording studio, completely alone. Something serious was obviously in process.