Songs from Soviet comedies? Balalike it! 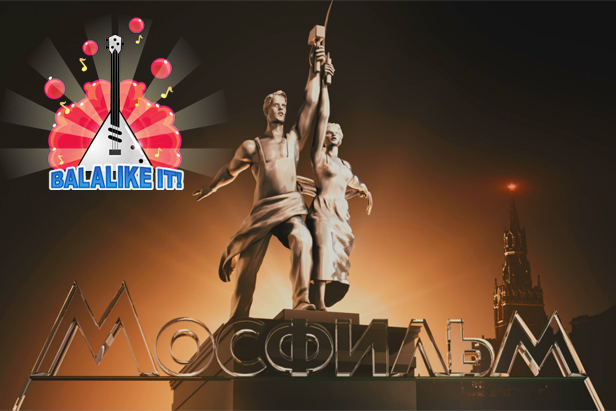 Music is an integral part of Gaidai’s comedies. Confirmation of that was 1965’s three-part film “Operation Y and Other Adventures of Shurik.” In the last of the trilogy, as robbers Goon, Coward, and Wise Guy prepare for the “robbery of the century,” they sing the song “Postoy, parovoz” (“Stop, Steam Engine.”) The robbery, of course, is a fiasco.

Shurik also appears in the 1966 comedy “Kidnapping, Caucasian Style.” The storyline traces his journey to one of the mountain republics of the USSR to study local folklore. There he meets a pretty girl who sings “Pesnya pro medvedey” (“A Song about Bears”) for him. The young man cannot but fall in love, but has to rescue her from the hands of the thieves he encountered in the previous film.

Another of Gaidai’s comedies “The Diamond Arm,” shot in 1968, begins with humble Soviet office worker Semyon Gorbunkov departing on a foreign cruise. On board the ship he meets a smuggler known only as Count. Their acquaintance starts with the song “Ostrov nevezeniya” (“Island of Bad Luck”) and ends with Count and his gang winding up in jail. And all thanks to the exemplary family man Gorbunkov.

“Zvenit Yanvarskaya Viuga” is not the only song to be heard in Gaidai’s comedy “Ivan Vasilyevich Changes Profession.” The movie tells the story of engineer and inventor Dr. Timofeev, who builds a time machine linking his apartment to the distant 16th century. The hero finds himself in the chambers of Tsar Ivan the Terrible, where the second main character, thief George Miloslavsky, who is also along for the ride, sings “Schastye vdrug” (“Happiness All of a Sudden”) for the bogus tsar, while the real ruler of Russia is transported to a Soviet apartment.