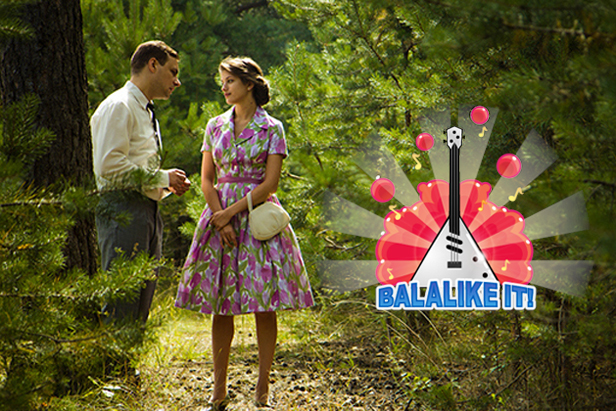 Russia counts a number of stage performers with a creative penchant for imitating the style of a particular musical era. Many of these groups and solo artists have achieved considerable recognition, not least because nostalgia is a feeling close to many hearts.

VIA Tatiana is the most prominent contemporary group performing Soviet hits. This “magnificent seven” of beautiful dames attired in 1950s garb are all graduates of music and theater schools in Moscow and perform songs from the past. Having started with the 1930s — Lev Leshchenko, Leonid Utesov, Claudia Shulzhenko, they’ve now got as far as the 1970s. To begin with, the girls chose rare, less worn-out songs. But when they began to perform more often, it became clear that they had to sing “Lilies of the Valley,” “It’s Snowing,” “Dark Night,” and “Tenderness.” They do not make a conscious effort to add a touch of modernity, but, in their own words, “we have a pot-pourri of tunes where we mix ‘The Gals Are Standing’ with Duke Ellington’s ‘If You Ain’t Got That Swing’ as well as the intro to ‘Jeeves and Wooster.’”

Neo-retro style was adopted by Zhenya Tedzhetova and the group Salut. In 2012 they released a record, which turned out so well that Tedzhetova was immediately put on the same pedestal as her peers Maya Kristalinskaya, Edita Piekha, Aida Vedischeva, and other equally wonderful singers. Other example is the group Bravo, which shone on stage for many a year. They went through various soloists, but with Zhanna Aguzarova, and later Valery Syutkin, the group enjoyed a good run.

What is so attractive about the Soviet 1950s-70s? Khrushchev’s “thaw” exacerbated the conflict between the fashion trends emanating from the West and the ideological attitudes of Soviet society. In reality, women learned how to dress not from magazine articles, but from movie style icons, such as Gina Lollobrigida. And after the release of “Carnival Night” starring Lyudmila Gurchenko, the wardrobe from this film became every girl’s dream. Sun skirts, flared skirts, wide waist-tightening belts, floral colors, and polka-dot fabrics descended from the screen to the streets thanks to private dressmakers.

And this era of relative freedom was good not only musically, but also visually. Film director Valery Todorovsky has immersed himself in the era more than once: first in 2008 with the roaring musical “Hipsters” ("Stilyagi") featuring covers of retro songs, and last year his TV series “The Thaw” ("Ottepel") was compulsory viewing. The latter, set a bit later in the 1960s, was also a beautifully costumed affair with a great soundtrack to boot — not covers of Soviet songs this time, but new retro-style compositions written by renowned producer Konstantin Meladze.

VIA Tatiana soloist Miriam Sekhon believes that people today cannot see a difference in the fashion styles of the postwar decades. “We do not reconstruct the era, but offer our interpretation of it, how we imagine it. There are seven of us on stage and our outfits don’t always match chronologically, but always in terms of color and texture. It’s great the way we can mix everything up: the 1920s with the 1950s, the 1960s with the 1930s.”