150 years on, another Miklouho-Maclay is off to meet the Papuans 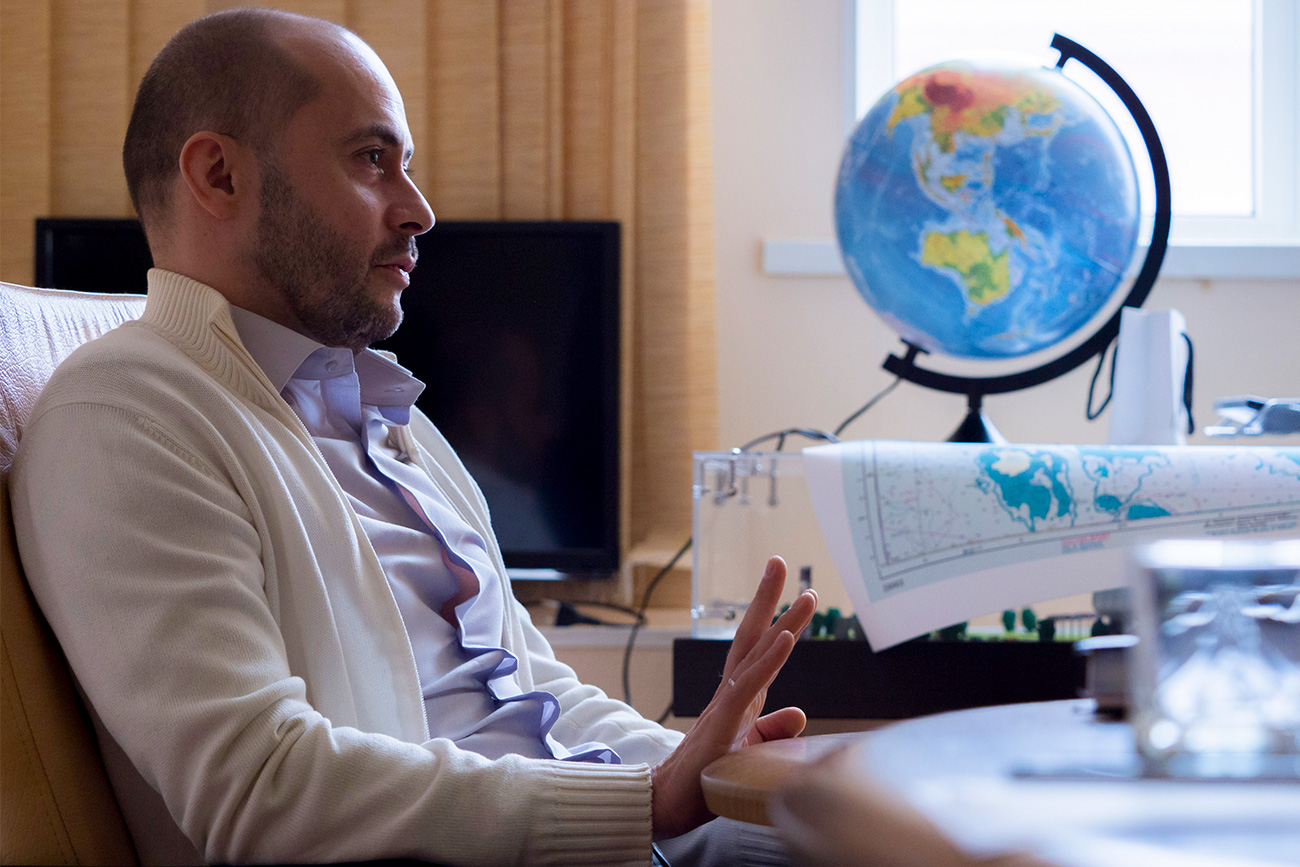 Nikolai Miklouho-Maclay decided that after 150 years he needs to to meet the Papuans and trace the footsteps of his world-renowned ancestor.

Ruslan Shamukov
Nikolai Miklouho-Maclay - a descendant of the explorer who discovered Papua New Guinea - explains why a century and a half later he needs to meet the Papuans.

"I have always reacted normally to who I am. Maybe because I had no other choice?" Nikolai Miklouho-Maclay smiles, sitting on an office chair with impeccable posture. As is the proper way to sit for a hereditary nobleman.

He was born exactly 102 years after his namesake and world-renowned great-great-grandfather Nikolai [Nicholas] Miklouho-Maclay landed on the shores of Papua New Guinea. Today he is the founder and director of the Miklouho-Maclay Foundation for the Preservation of Ethnocultural Heritage. His temporary office is directly opposite one of the oldest cemeteries in St. Petersburg - people have been buried here since the emergence of the Russian state and Russian Empire. Admittedly, the ethnographer is not buried here and, anyway, any physical proximity to his ancestors is a matter of pure accident: It just happened this way. He also says that he was named Nikolai not after the explorer, but because his parents liked the name.

Today the descendants of Miklouho-Maclay, who studied the Papua New Guinea natives for 12 years, live mainly in Russia and Australia. But so far it’s only Nikolai who has decided that after 150 years he needs to meet the Papuans and trace the footsteps of his ancestor.

Very few people today remember anything about Miklouho-Maclay, except his name - and this upsets his great-great-grandson Nikolai. 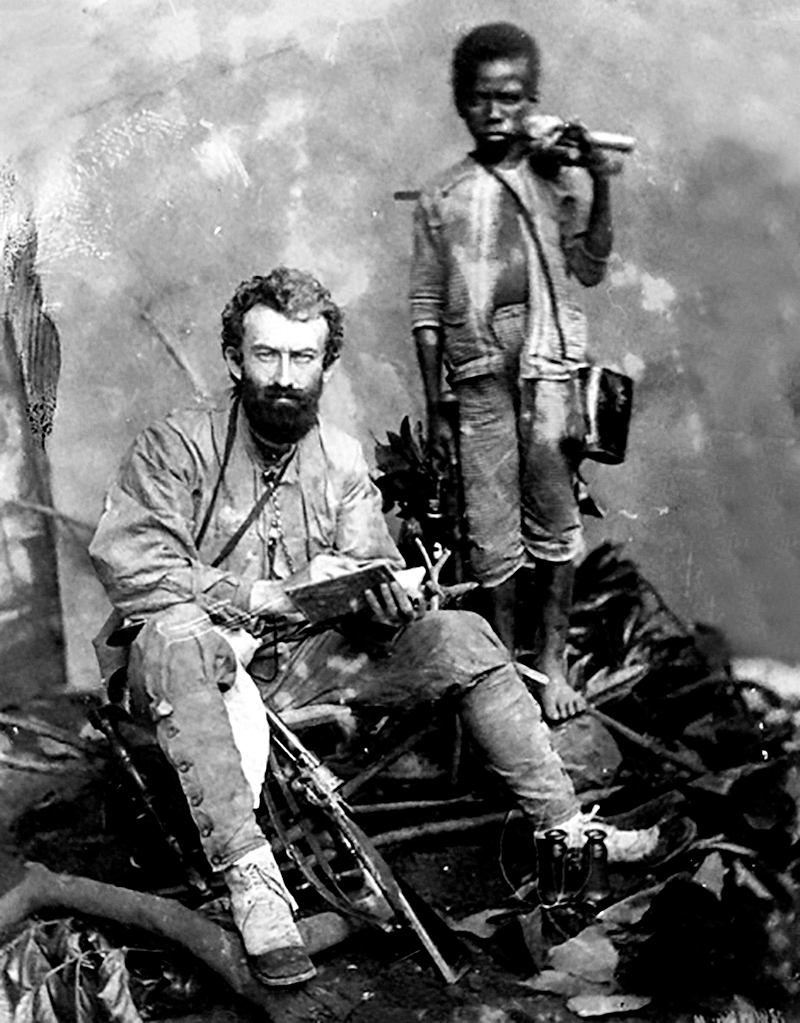 "There is Miklouho-Maclay's street in Moscow, and some people are absolutely convinced that my surname is in honor of the street. Also, I have been dogged by incidents because of my surname. On one occasion I called an ambulance for my mother and was asked for my name. And no ambulance came. I called back but was told: 'Young man, call the psychiatric clinic.' At times it becomes ridiculous: I arrive somewhere and am asked, 'What is your name?' - 'Miklouho-Maclay' - 'What?' - 'Miklouho-Maclay.' - 'What?' - 'Ivanov [the most common Russian surname - RBTH]' - 'Come in'."

There is a video clip posted on the foundation's website in which residents of St. Petersburg are trying hard to guess who Miklouho-Maclay was, but all they can remember are some jokes which, in their opinion, are better not to tell.

In the past Nikolai worked in the agricultural sector. He had his own business and used the money he earned to travel the world. Then he realized that his main job should be to try to preserve the memory of his ancestor. That was how he came up with the idea of an expedition to the shores of Papua New Guinea: first to reach Papua New Guinea, and then to drive across the whole of Russia, telling stories about the ethnographer. 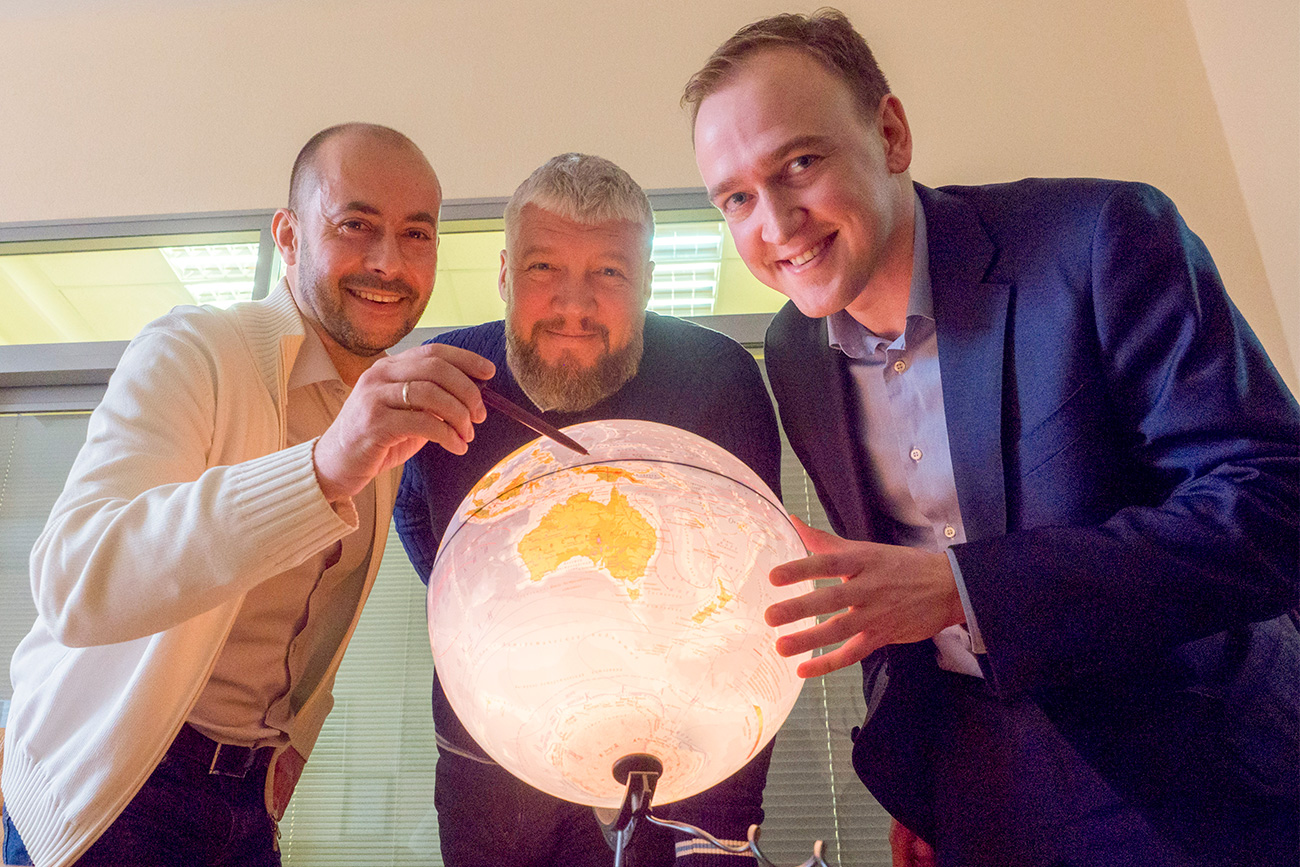 Nikolai realized that his main job should be to try to preserve the memory of his ancestor. Source: Ruslan Shamukov

The crew includes scientists and explorers. Together, for two weeks, they will examine the daily life of the Papuans, to see if the natives have been influenced by Russian culture.

The first white man in Papua, Miklouho-Maclay, became a synonym for all Europeans who later visited the islands. His name was given to crops brought from the mainland. Thanks to the Russian ethnographer, the local languages acquired words such as "topor," "kukuruza," and "arbuz" (Russian for "ax," "corn," and "watermelon", respectively). 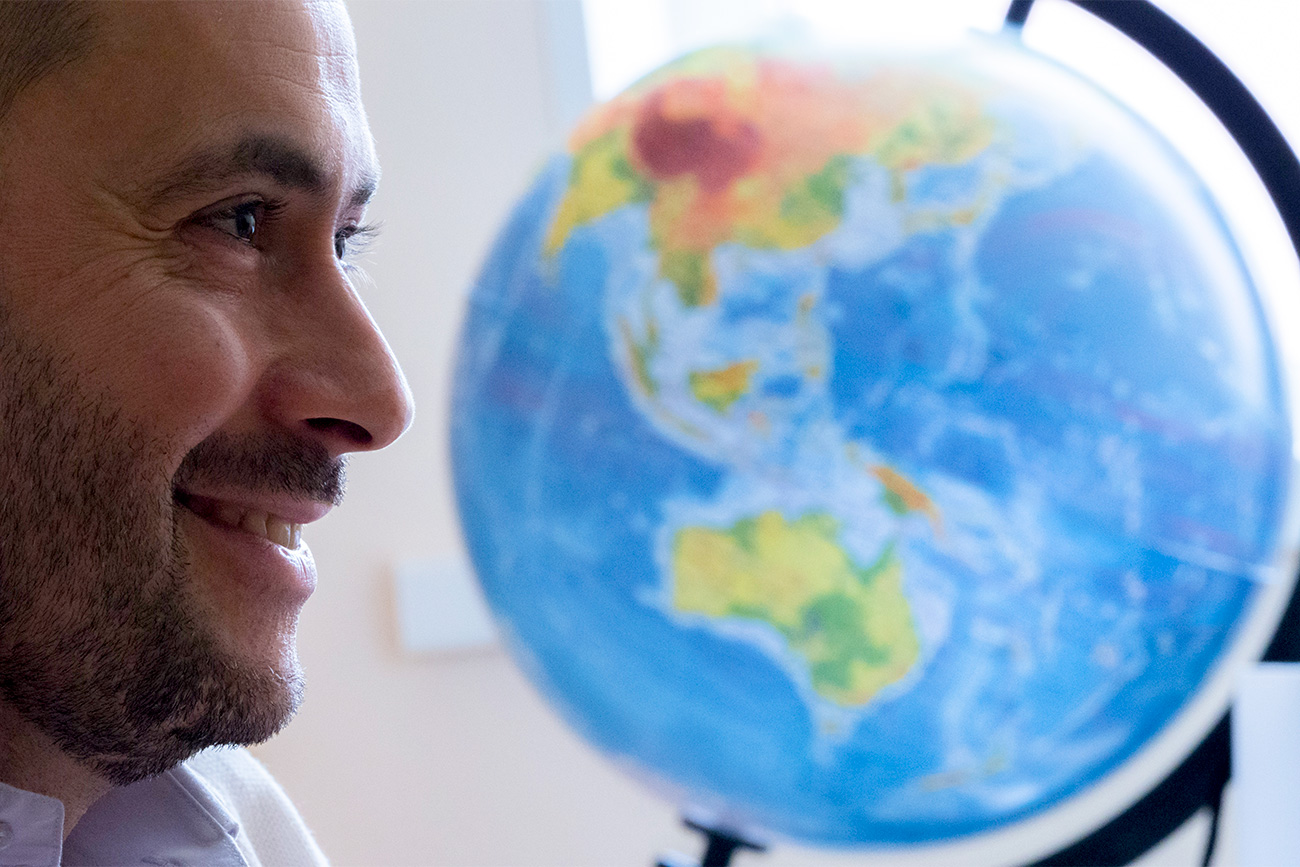 Nikolai Miklouho-Maclay: "During my childhood, since the age of 13, I was fond of sailing but only recently, 30 years later, I have discovered that one of my sailing friends charged several kopecks for exhibiting me to others." Source: Ruslan Shamukov

Nikolai says he’s not afraid of anything (despite the fact that there are tribes of cannibals still living on the island). But his fellow team member (formerly a surgeon) Konstantin Bespalko has traveled around the world - the falls of Iguazu and Angel, the Galápagos Islands, Madagascar, Laos, Cambodia, and India - and he knows that there are things to be afraid of.

"Ten years ago in Madagascar I was bitten by a toad of some kind. I was on a mountain and everyone said to me "oh, danger danger!" pointing at a little frog. It turned out that, if you step on it, two hours later you can bid farewell to your companions. I don't know when exactly it bit me but my whole leg ended up covered in blood because the blood stopped clotting - it must have had anticoagulants in its saliva.

"And in Cambodia there was another incident: The rainy season started and the roads were covered in a thin sheet of water. So we stopped. And then we saw red dots on the trees. One person in our group decided to walk off the road. And the locals shouted ‘Stop!’ What were those red dots? They remain from the time of the Khmer Rouge and mean that the area has still not been cleared of mines. Only the narrow strip of road flooded with water had been cleared," Bespalko says.

'I can do it myself without the other Nikolai Miklouho-Maclay'

There is a paper map spread on the desk and a glowing globe in the foundation's office. These must be the only things that hint at the type of activity its occupant is involved in. He says that, despite the numerous interviews he gives to journalists and his membership of the oldest Russian Geographical Society (its board of trustees includes the Russian president, the defense minister, and some of the country's richest people), he does not feel like an exceptional individual. 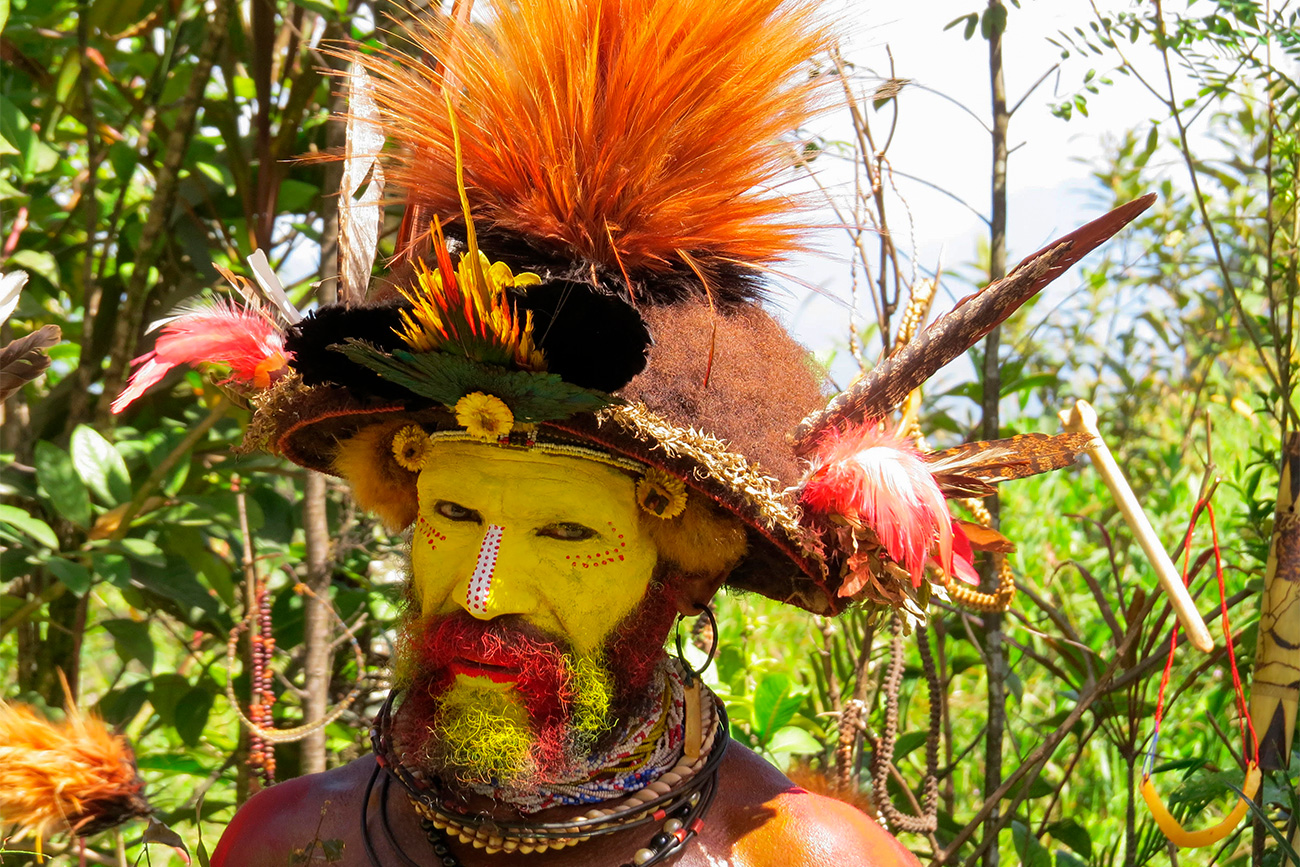 "Rather, I was surprised how important this is for other people. You know, during my childhood, since the age of 13, I was fond of sailing but only recently, 30 years later, I have discovered that one of my sailing friends charged several kopecks for exhibiting me to others. And what is amazing is not that he was making money from it, but that children at the time were prepared to pay to see a live Miklouho-Maclay," Nikolai recalls. 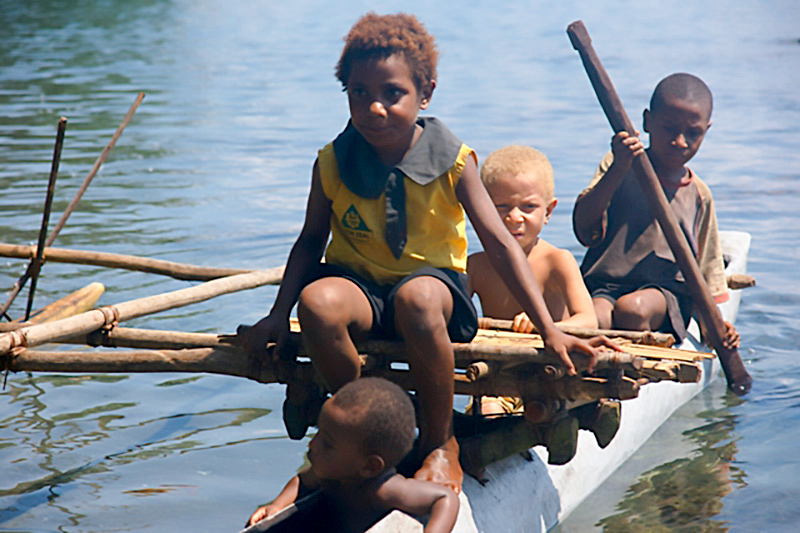 The magic of the name still works. Apart from the noble goal of preserving the memory of his ancestor and raising the level of erudition among today's schoolchildren, he doesn't admit to having any other goals. For example, his ancestor had political ambitions, among other things. Any school pupil can read in his textbooks that Miklouho-Maclay proposed that the land he had discovered should be colonized. The scientist and navigator suggested calling the islands Chernorossiya (Russian for "Black Russia,” because of the color of the indigenous population) and he himself wanted to be in charge of the colonial state. But the emperor did not allow it and the coast was colonized by Germany.

"Russia's colonization was needed for one reason - to take under its protection the small ethnic groups that populated Papua New Guinea. Nikolai Nikolayevich (Miklouho-Maclay) never believed that one race or culture should dominate another," Nikolai observes politely after a short pause.

"And ambition is a good thing," he says, animatedly. He recalls one of his great-great-grandfather's mottos. "If a person can afford it and he has ambition, it is a wonderful thing, and a big responsibility. A person can be judged by his goals. And he had big goals." 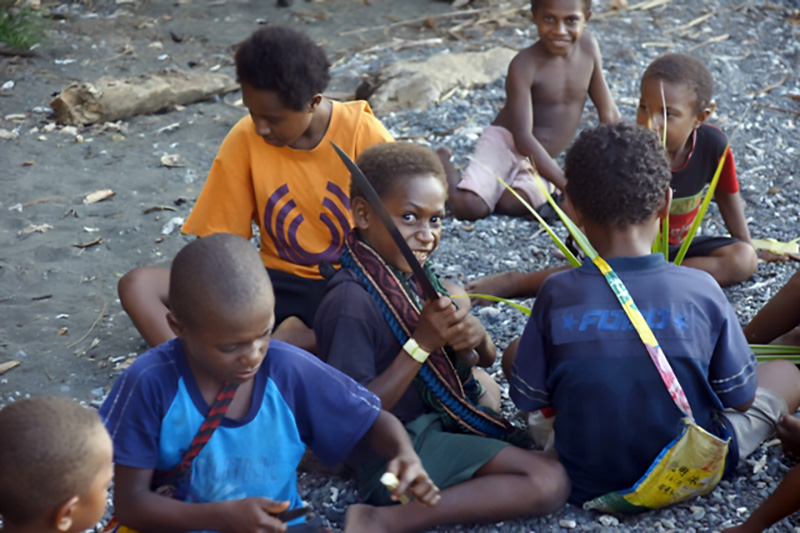 "This must be my biggest goal. What you are talking about is a huge undertaking and if we manage to get it going… we should not distort history."

Nikolai keeps saying that it’s not just about him being a descendant of a world-renowned person.

"I set up this foundation only when I realized that I am quite a mature personality irrespective of the other Nikolai Miklouho-Maclay. I myself am a person who can do good things, without being linked to him. Yes, of course, while preserving his legacy. Yes, of course, while drawing on his work. It would have been silly not to draw on it." 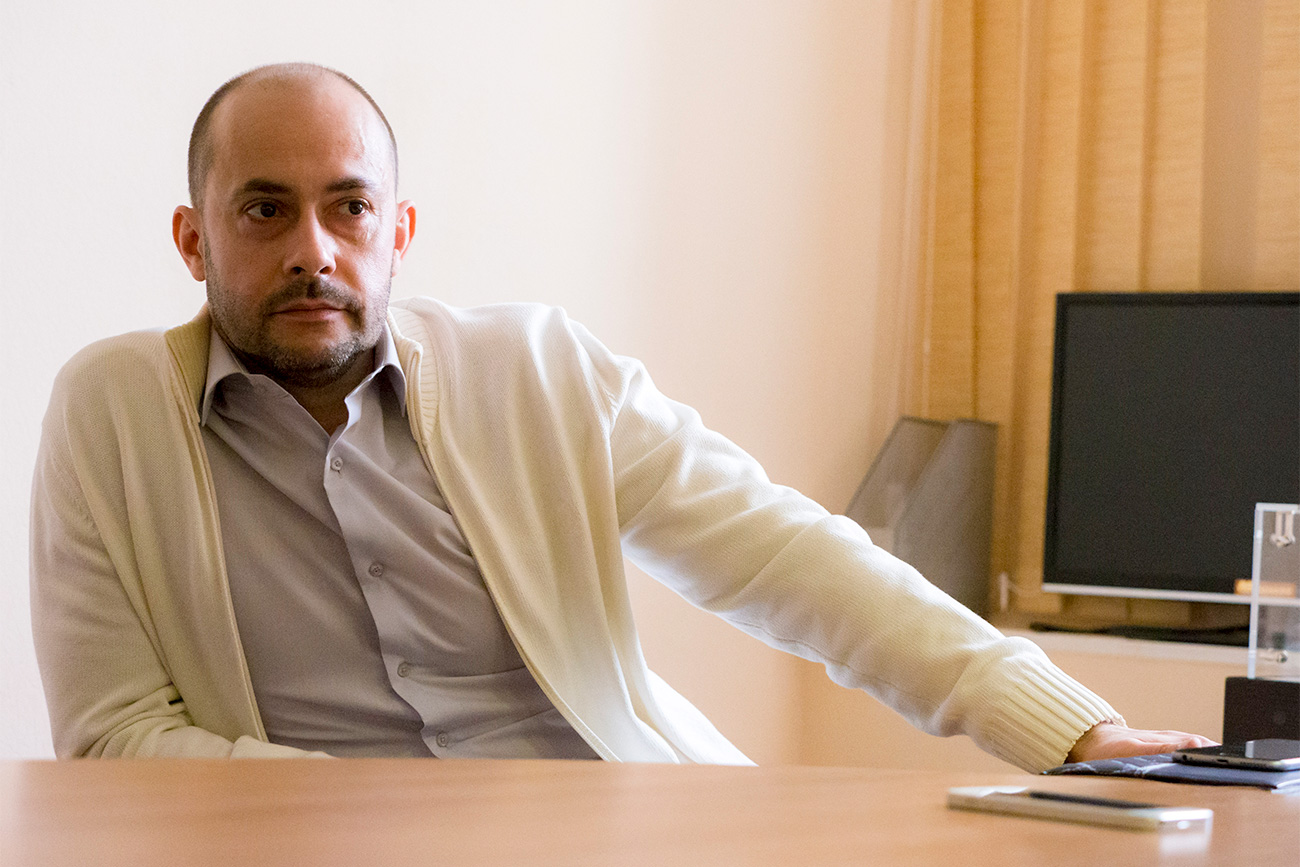 "I have always reacted normally to who I am. Maybe because I had no other choice?" Photo: Ruslan Shamukov

Read more: Russia Versus Europe: Fear and loathing in the age of the Grand Tour>>>