Which country invests in Moscow more than any other? 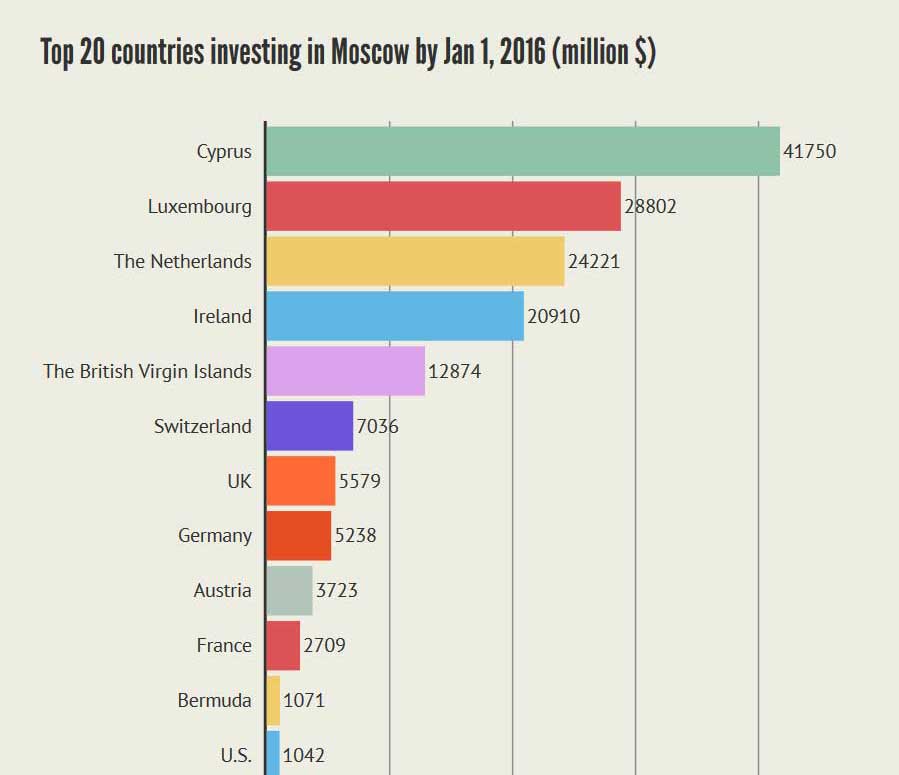 By the beginning of 2016 Moscow received $173.6 billion of accumulated foreign direct investment (FDI), Sergei Cheremin, head of the Department of Foreign Economic Relations of the Moscow government, told RBTH on July 27. The Central Bank of Russia calculates these figures since 1994 on accumulative basis.

According to data of the Central Bank of Russia, Moscow received 50.6 percent of the total FDI to Russia and occupies the leading place among the country’s regions according to this parameter.

Companies from Cyprus, Luxembourg, the Netherlands, Ireland and the British Virgin Islands have become top investors in Moscow’s economy. According to Cheremin, their position in the ranking can be explained by the fact that Russian citizens manage a significant amount of financial transactions and reinvestments through these countries in accordance with the financial legislation in force there.