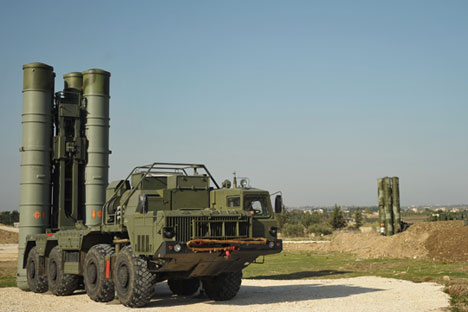 Ria Novosti/Dmitry Vinogradov
Russia and Turkey have agreed on all technical aspects of purchasing the S-400 Triumph, the world’s leading anti-ballistic missile system.

Negotiations have been taking place since 2016 and now both sides have to deal with the money matter as each missile system costs $500 million.

According to CEO of Rostec Corporation Sergey Chemezov, Ankara is ready to buy the S-400 Triumph with a loan if it’s granted by Moscow.

Meanwhile, Turkey also wants to get joint production of the anti-ballistic missile system on its territory. Yet Russia isn’t ready to agree on this issue.

The S-400 Triumph (or SA-21 Growler) is capable of intercepting all types of warplanes and rockets, including fifth generation fighter jets and ballistic missiles, at a range of 400 km.

It’s also the only system in the world that can hit targets at heights ranging from five meters to 40 km.