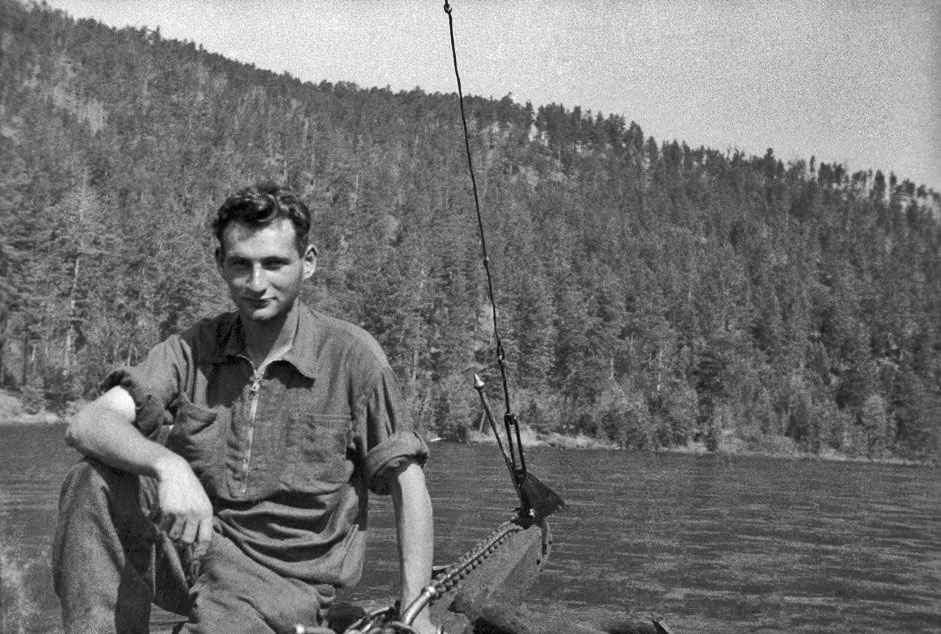 But he had only five years left. In 1938 one of Mikhail Prekhner’s photographs was awarded a silver medal at an international exhibition in Antwerp. It had seemed that his brother was far less fortunate. He served in the air force. In 1938 Max became a victim of political repression. In October 1941 he was mobilised to a penal company as rifleman-photographer. Apparently such duties were listed in the table of ranks. Probably he was unaware his brother was no longer alive. But ultimately fate was kind to the elder Prekhner. Max Prekhner fought to the end of the war, although he was wounded in March 1945. He died in Moscow in 1982. In the city where, back in the 1920s, he gave his brother a camera to hold, for the very first time. // Mikhail Prekhner in Oirotia, 1934-1935