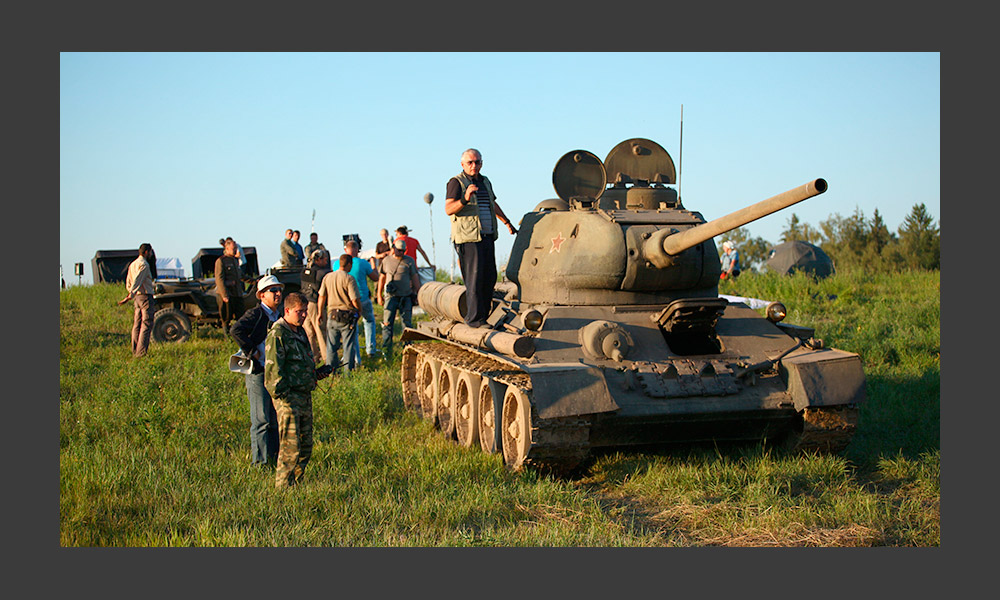 By the beginning of the 21st century, Mosfilm had managed to establish a viable economic model and recoup its investments in modernization. But it was a different Mosfilm. Today, it makes serials and fancy shows for Channel One. But children's film has gone, so too have musicals and classics. Its directors are now scattered across various smaller studios. Mosfilm head Karen Shakhnazarov on the set of "White Tiger" (2012)