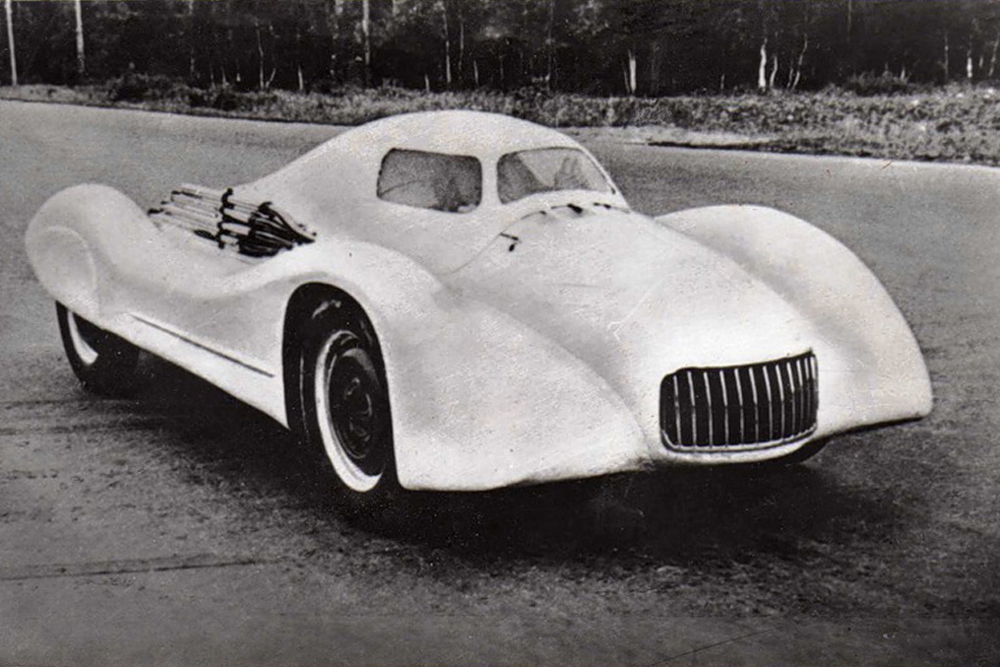 Moskvich-G2. A record-breaking racing car designed by I.A. Gladilin and I.I. Okunev, built in 1956. The Moskvitch G2 set three Soviet speed records in long-distance racing. It competed in the 1959 USSR Championship and won in the under 2500cc class. The Moskvitch G2 was no longer used after 1960 and written off in late 1963. Only two were built , and both were dismantled for spare parts.

avto-cccp.ru
RBTH offers to take a look at the most interesting conceptual and experimental cars developed by Soviet engineers and designers. 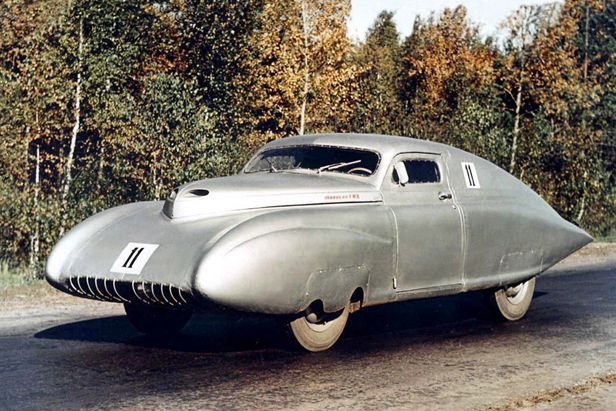 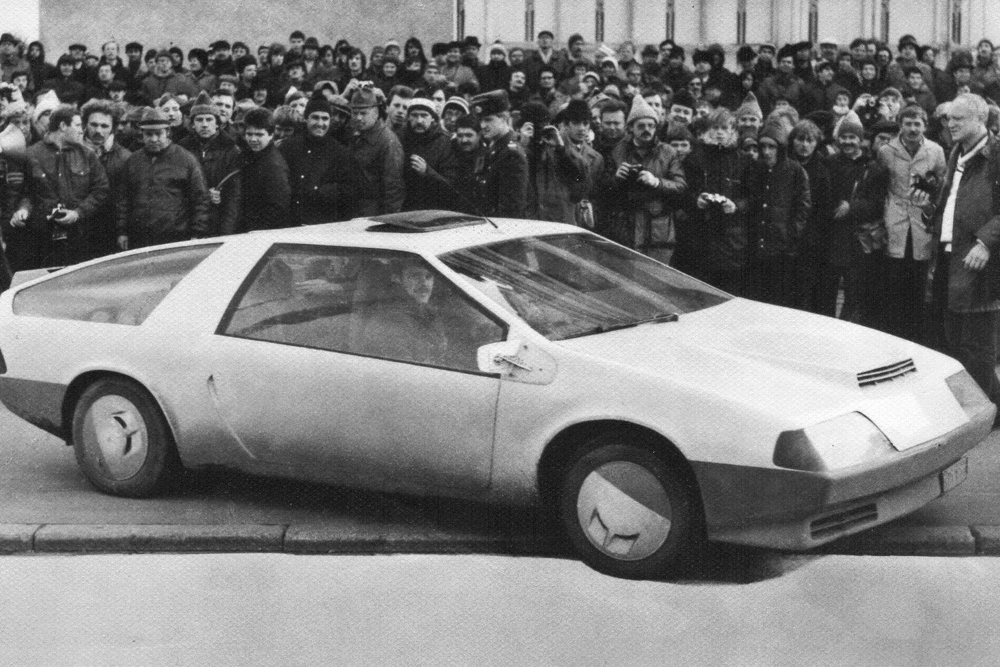 Laura. In January 1982, in a small workshop on the outskirts of Leningrad, two young men, Dmitry Parfenov and Gennady Hainov, decided to create a car of their own making. Interestingly, unlike the majority of home-made cars, it was built almost entirely without factory parts — even the engine was designed and hand-built by the two enthusiasts. The car was highly praised by then General Secretary of the Communist Party Mikhail Gorbachev and took part in numerous international exhibitions , but was never mass produced. 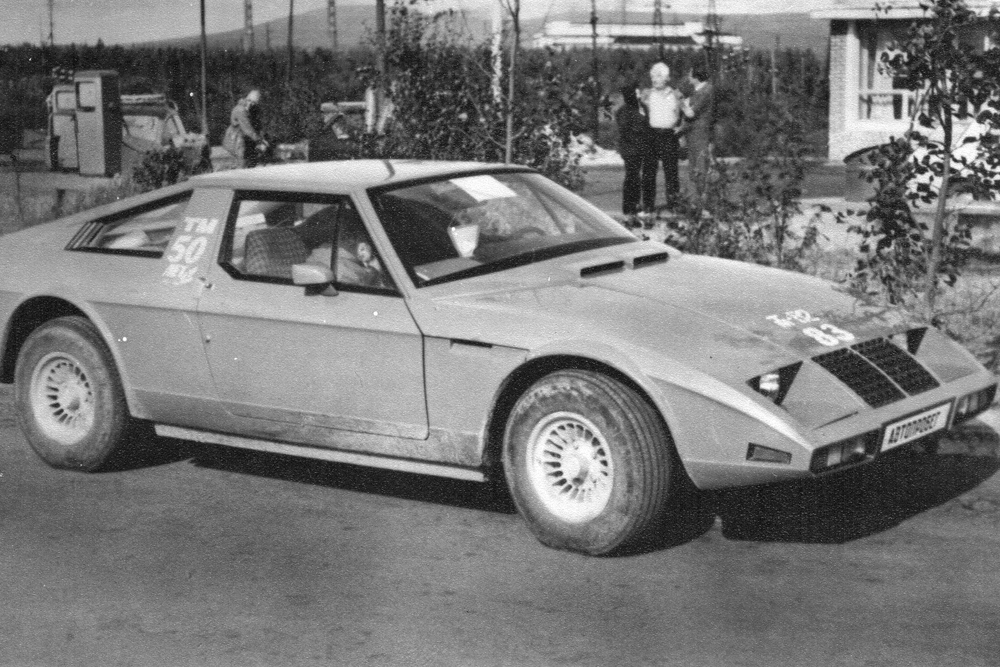 YUNA. A homemade car conceived by engineer and car enthusiast Yuri Algebraistov in 1969, but assembled only in 1977. The machine was highly praised and won numerous awards at international exhibitions. However, it did not go into mass production. Only two were built, and one survives to this day. On the road since 1977, it has clocked up more than half a million kilometers. 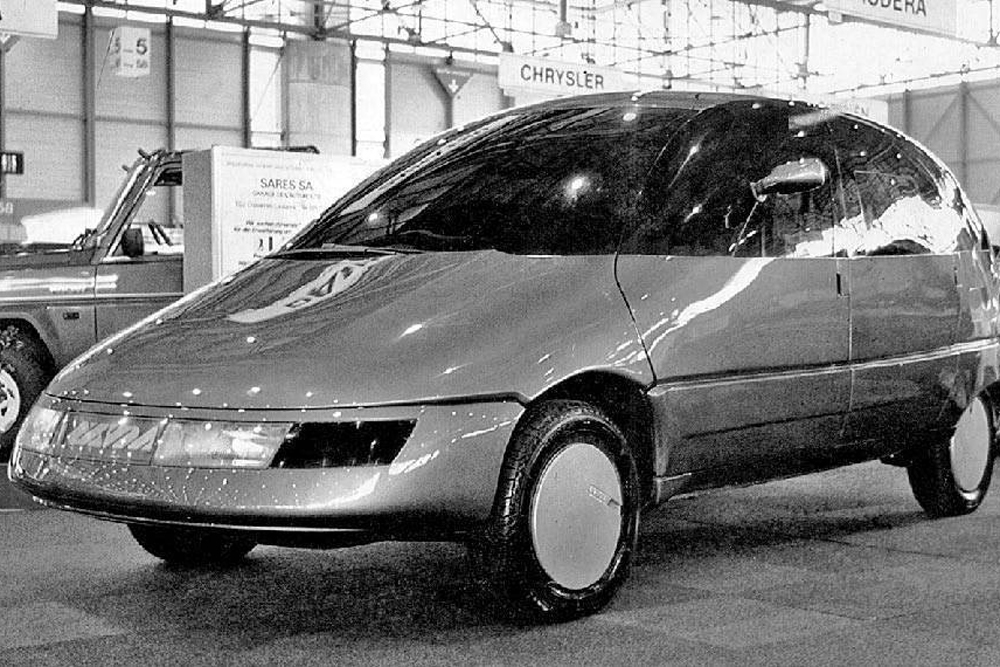 NAMI Okhta. The Okhta automobile was built in 1986-87 at the Leningrad Laboratory of Advanced Prototyping of Light Vehicles by NAMI (the Central Automobile Research Institute). This concept car could seat a maximum of seven: the second and third seat rows were removable, while the front could be rotated through 180°. The rear seat folded into a handy table. At that time, the multiplex system — in a Soviet car no less — was pure science fiction. The only instance, restored after a crash, is on display in a museum. 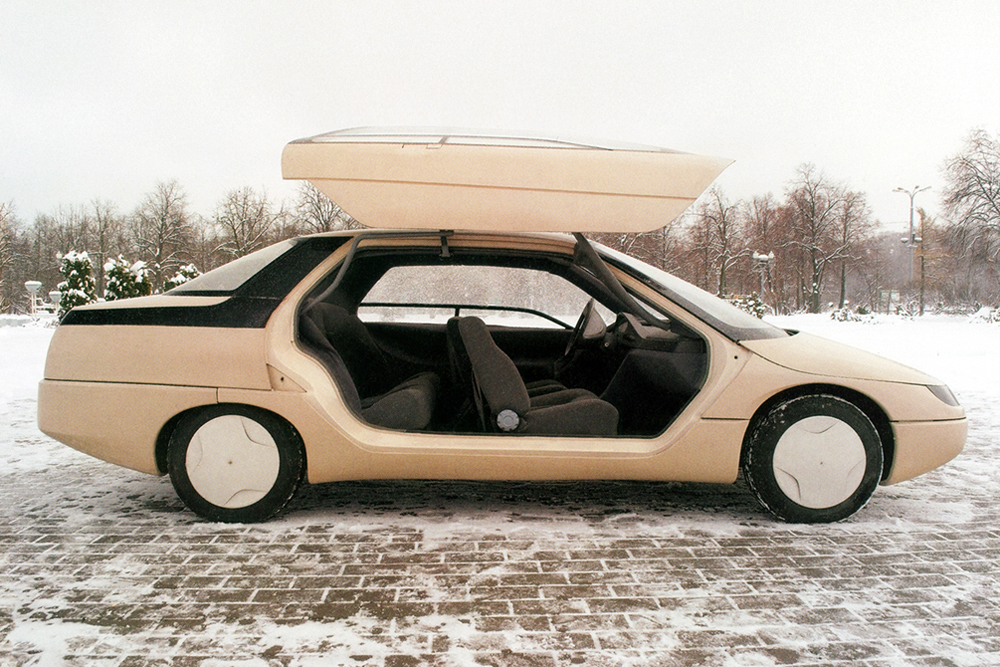 Istra. This car is one of the most interesting developments by the once popular AZLK: it was developed in the period 1985-1988 under the “Istra” project. It was equipped with automatic transmission, fuel-efficient diesel engine, and air conditioning as standard. But the project never got off the drawing board. Today, a prototype of the vehicle is housed at an abandoned AZLK plant. 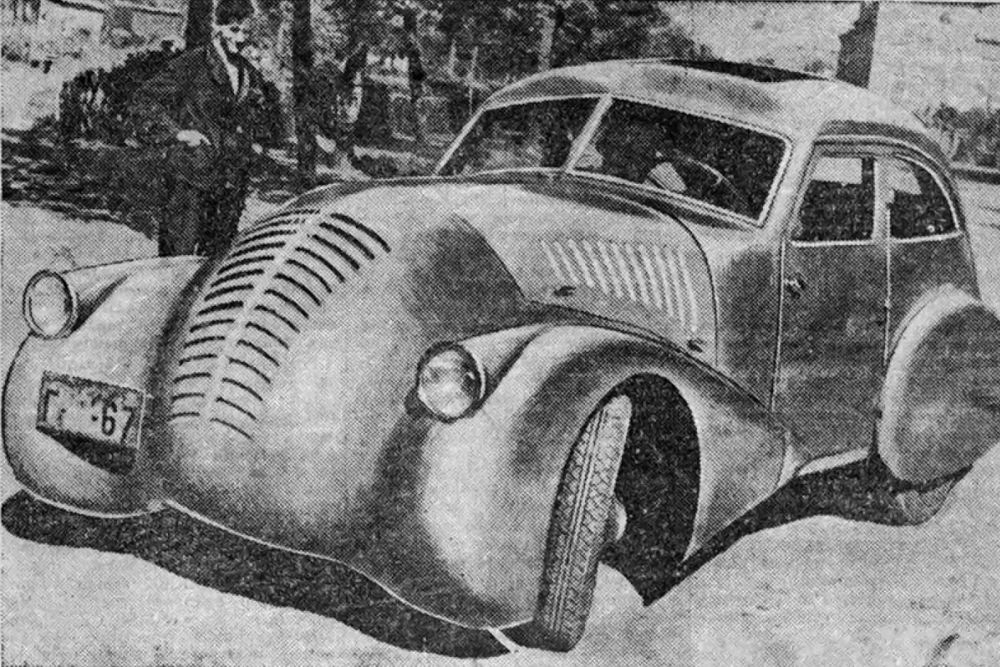 Gaz-Aero. Created in 1934 by designer Alexei Nikitin as a result of a study entitled “Automobile aerodynamics and streamlining,” which was essentially this young engineer’s student dissertation. The body of the GAZ-A-Aero had a wooden frame and metal casing. Only one was built and its whereabouts are unknown. 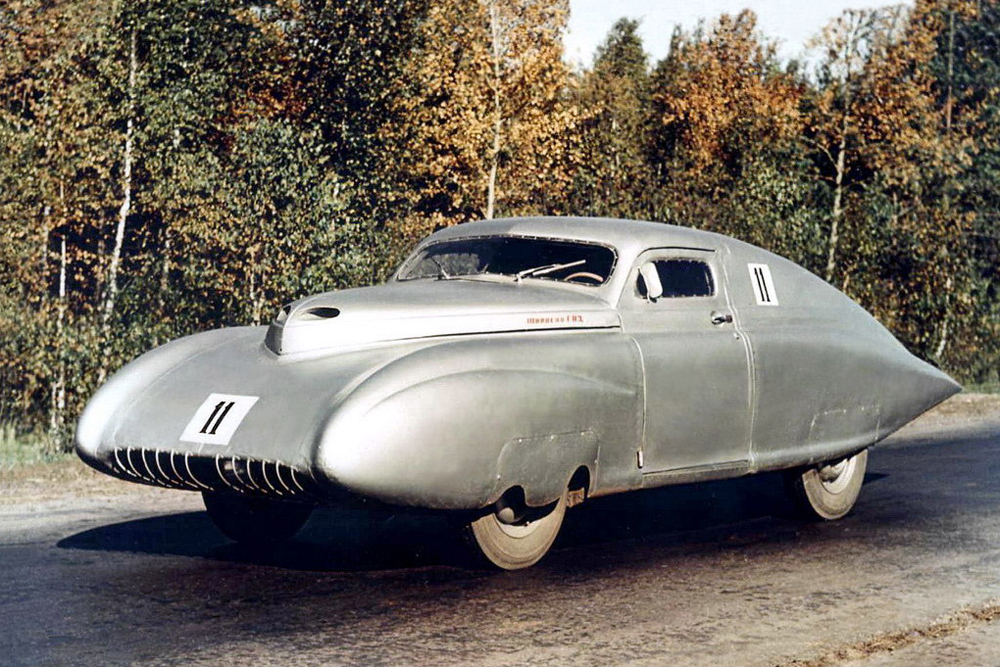 Pobeda-Sport. In total, Podeda-Sport vehicles won three USSR championships (1950, 1955, 1956). It was the first truly successful Soviet sports car. However, that is not surprising when you consider that it was designed by an aeronautical engineer. The car is of interest both as an experimental automotive design by an aircraft constructor and as an example of the peaceful use of military technology. 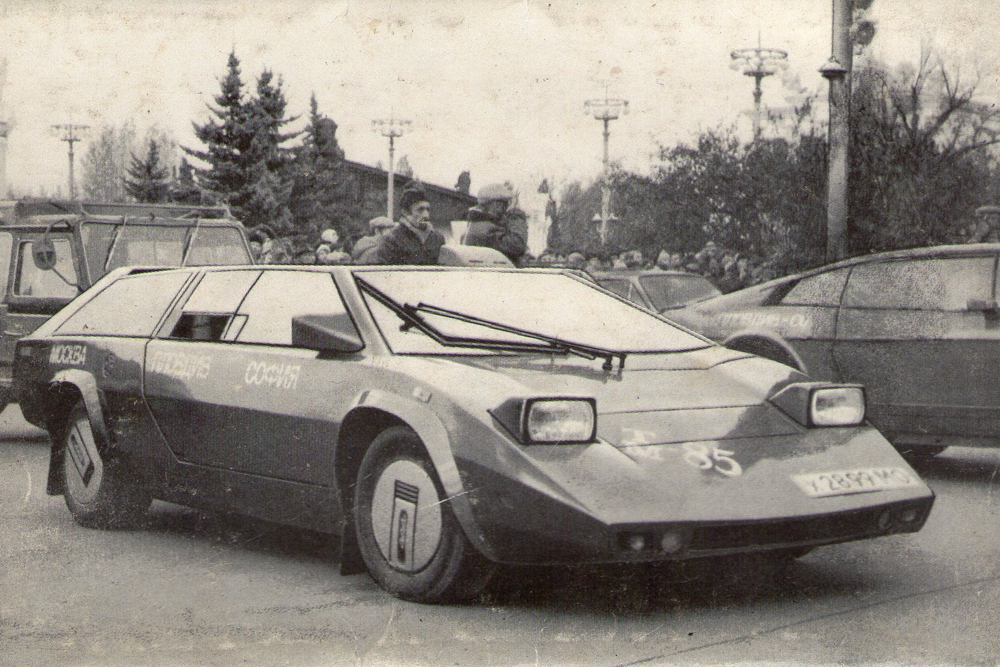 Pangolina. Another homemade sports design, it was the brainchild of engineer Alexander Kulygin, who also produced a six-wheel all-terrain vehicle and a concept car, both for the military. The Pangolina was built in 1980 and very successfully. Together with its creator, it featured in various Soviet racing competitions and even visited the “EXPO 85” International Auto Exhibition in Plovdiv, Bulgaria. The car was used in Soviet pop clips. It is now in a museum. 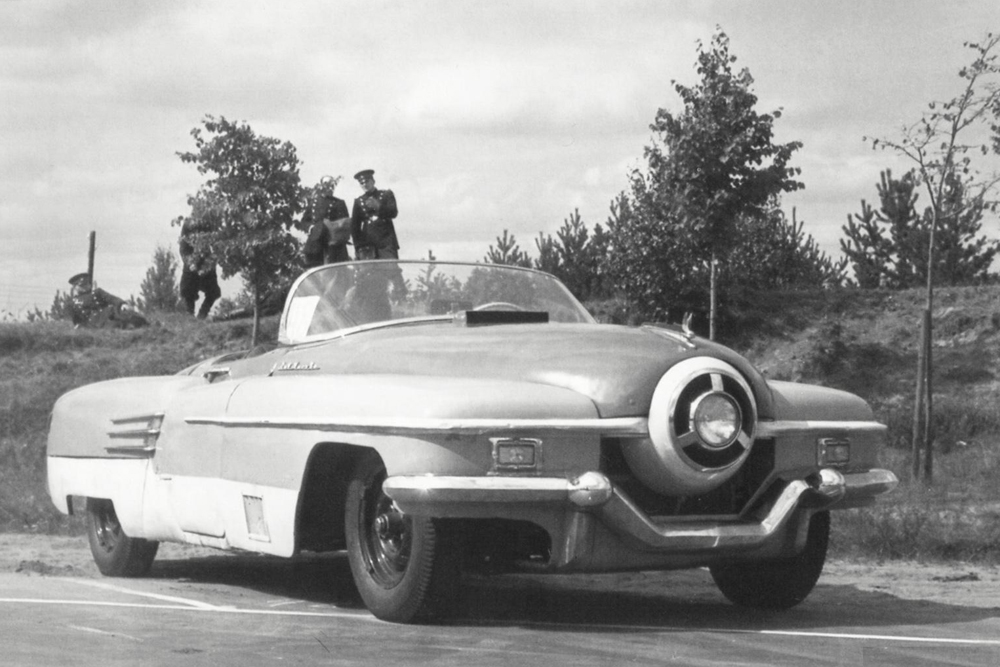 ZIS-112. The design of this car was truly avant-garde. In the finest traditions of dream-mobiles, it was a huge, almost six-meter long three-seater with a round radiator grille and a single headlamp, weighing in at two and a half tons. The car was built in 1951 and competed in several races, but in 1955 was decommissioned and ended its life on the scrap yard. 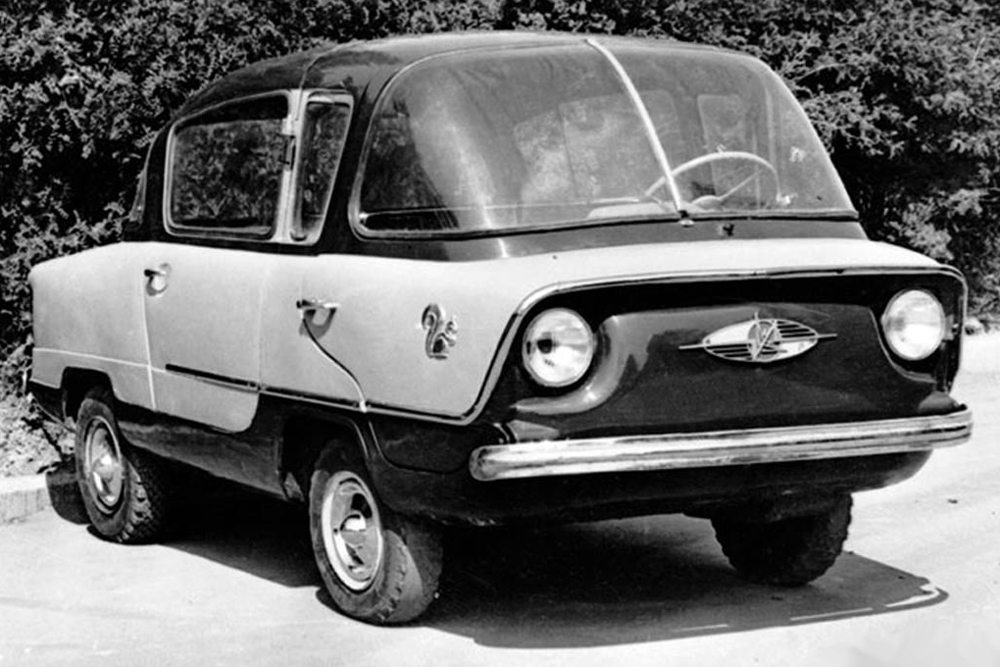 Belka. Back in the late 1940s, Yuri Dolmatovsky, brother of Soviet poet Yevgeny Dolmatovsky, pondered the pros of wagon-style design. It was his involvement that led to the development of the first Soviet passenger MPV. Alas, Dolmatovsky’s efforts, which found favorable reviews even in the pages of foreign automotive publications, failed to win support from above. Only a single prototype was made, and even that was scrapped in 1954. Seven years later, the Chevrolet Corvair Greenbrier appeared on the U.S., based on Dolmatovsky’s ideas. 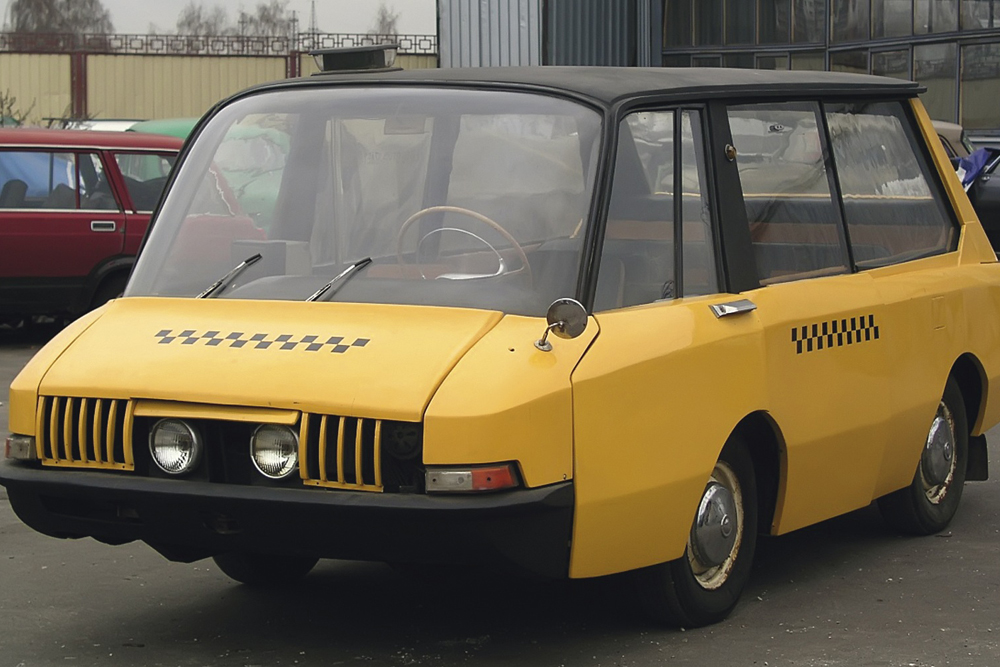 VNIITE PT. Back in the 1950s, Soviet experts understood the need for a specialized taxi car. Heeding their opinion, the Council of Ministers issued a decree in 1962 on the development of a minivan. Only one instance was built, since production was deemed unprofitable. But take a look at the Nissan NV200 Taxi, coursing the streets of New York and London, and you’ll be hard pressed not to notice a whole heap of similarities with the Next Generation Taxi from VNIITE (the All-Union Scientific Research Institute for Technical Aesthetics). 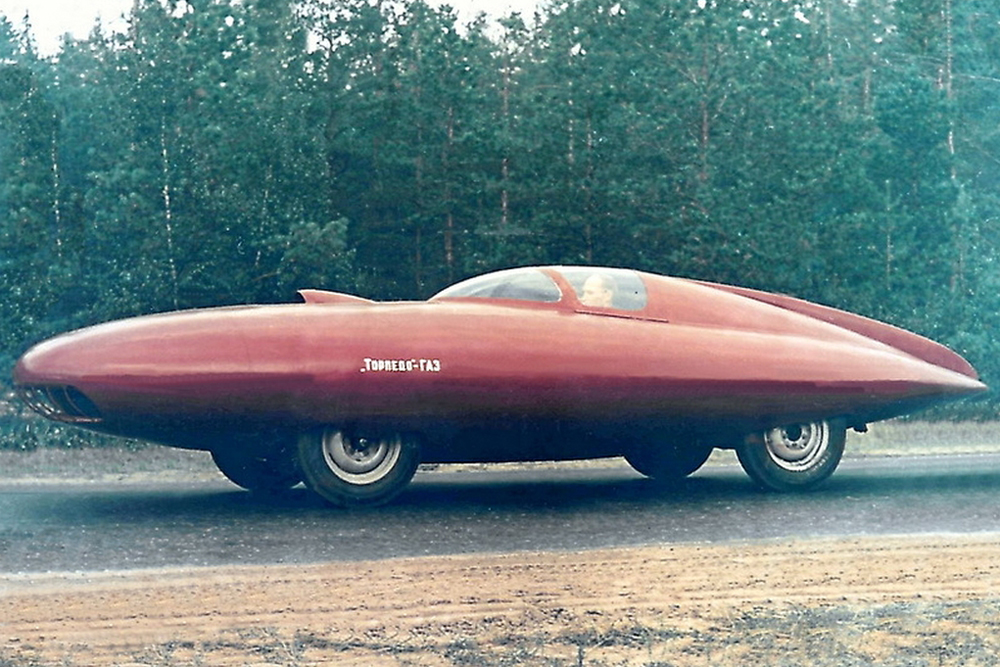 Gaz-Torpedo. Another sports concept car from Soviet aircraft builders. In 1951, attempting to create a new vehicle, aeronautical engineers designed a new body completely from scratch. Using the same aircraft materials (duralumin and aluminium), designer A. Smolin built a tear-shaped streamlined body 6.3 m long, 2.07 m wide, and 1.2 m high, weighing a total of 1100 kg. Unfortunately, the car did not stand out for its speed and remained a prototype, but one survives to this day and is now on museum display.