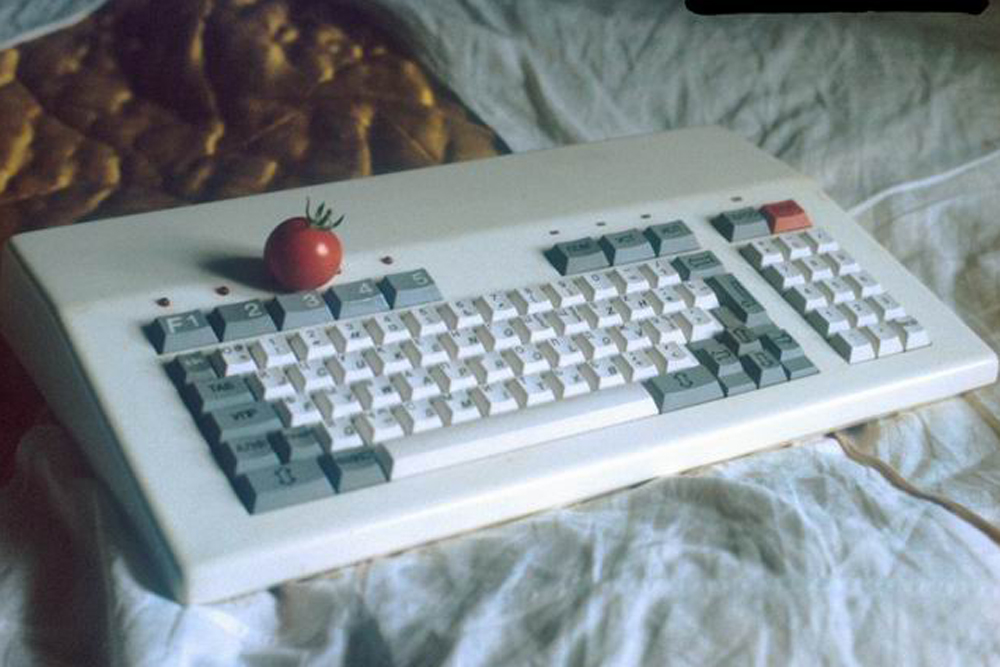 The Okean-240 was a personal computer manufactured by the Soviet Institute of Oceanology from 1986, designed for use on expeditions. Fitted with 128 KB RAM, it could use a domestic cassette as an external memory source. The Okean-240 was used to solve specific problems. It could be described as a Soviet prototype laptop. For ease of use during expeditions, it was portable and could be carried.

azmaster.narod.ru
Even though few people could afford personal computers in Soviet times, there were plenty of them in the 80's. Here are the most popular ones. 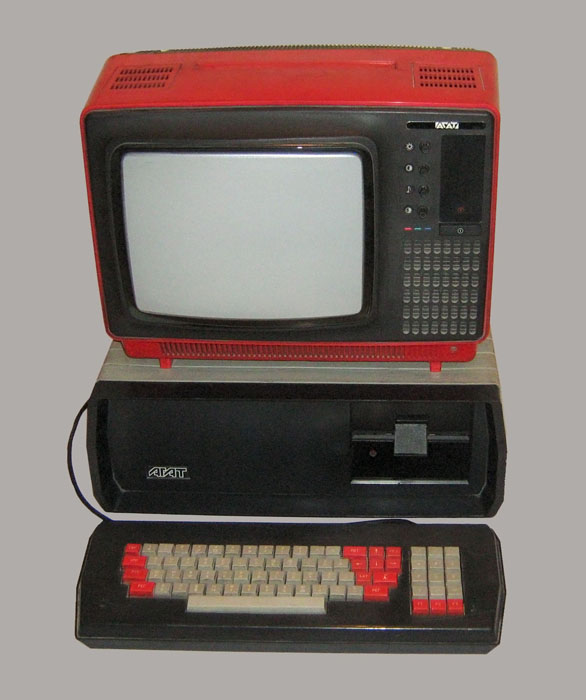 Agat was the first versatile 8-bit personal computer mass-produced in the Soviet Union for use in public education. Developed in 1981-1983 on the basis of the Apple II, it went into serial production in 1984, which lasted up until 1993. According to various reports, some Russian schools continued using Agat machines until at least 2001. 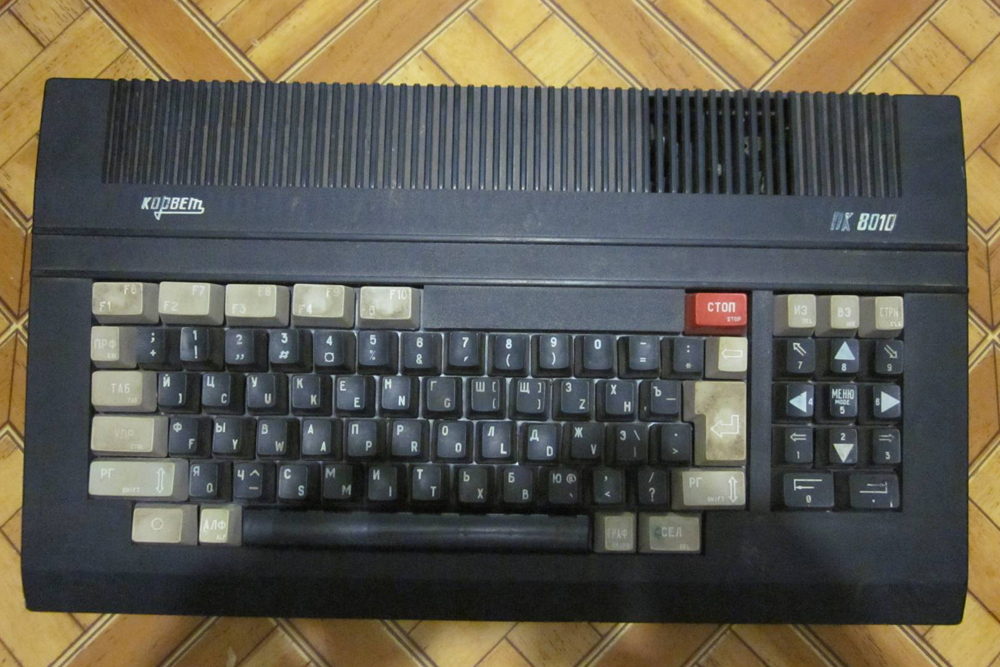 The Korvet was a PC developed by the Institute of Nuclear Physics under Moscow State University to perform complex research calculations (e.g. for low-temperature plasmas). It went into serial production in 1988. However, the model was so successful that it began to be used not only by production facilities, but also in schools. Various modifications of the Korvet appeared, including the PK 8015 Orbit, which was actually a video games console. Up to 16 machines could be hooked up into a LAN. 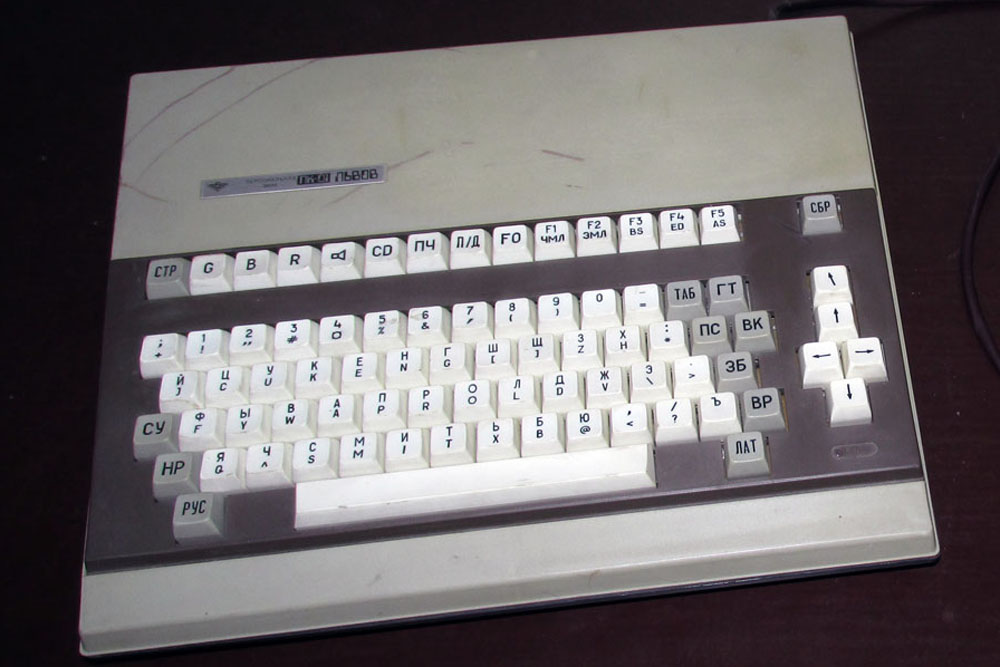 The PK-01 LVOV was an educational and consumer microcomputer, and the first with the potential to become truly domestic. Designed around 1986-1987, it came with a price tag of 750 rubles (the average wage at that time in the USSR was about 100-150 rubles per month). In technical terms, the PK-01 LVOV was a breakthrough in many ways. Later versions of the computer featured 128 KB RAM and a 256-color display. Production ran until 1991, and around 80,000 units were built. 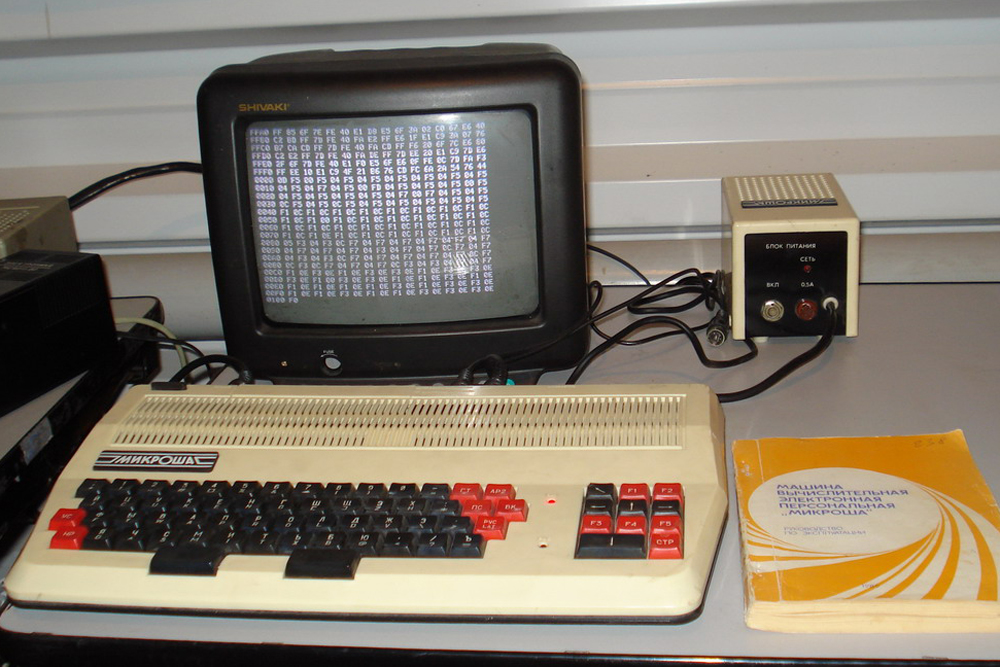 Mikrosha was one of the first Soviet personal computers for home use, mass-produced from 1987. In technical terms, there was nothing particularly outstanding about it, but it was targeted at the masses. There is a Soviet advert which today seems very quaint: "Mikrosha solves programming problems, develops associative and logical thinking, remembers any information, composes music, and plays with you and your children." 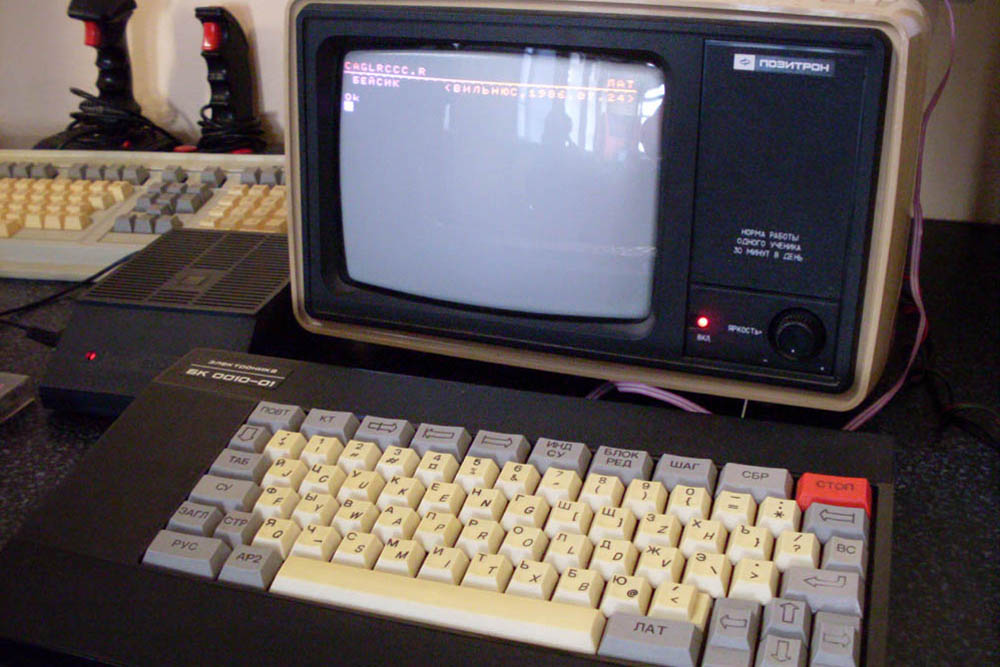 BK (which stood for "home computer" in Russian) was a family of 16-bit home and school computers. More than 162,000 were built, about 78,000 of them for retail sale, i.e. for a wide range of buyers. The BK 0010-01 series sold for less than a color television (about 650 rubles), but still 2-3 times more than the wage of an engineer. The BK was the first computer to feature a Soviet-made operating system, DEMOS, which is jokingly referred to as UNAS (in Russian "ours"), parodying the well-known system UNIX (which if pronounced incorrectly can sound like "theirs"). 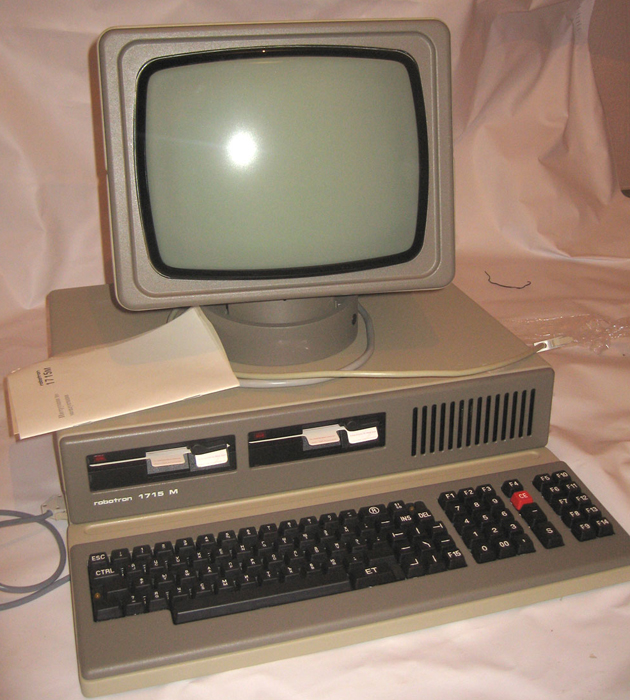 The Robotron was a computer engineering development that the USSR presented to Europe. The computer itself was developed at a research institute outside Moscow, and production was transferred to the German Democratic Republic. In 1984, production began of the Robotron 1715. It had no sound or mouse port, but featured two built-in drives. 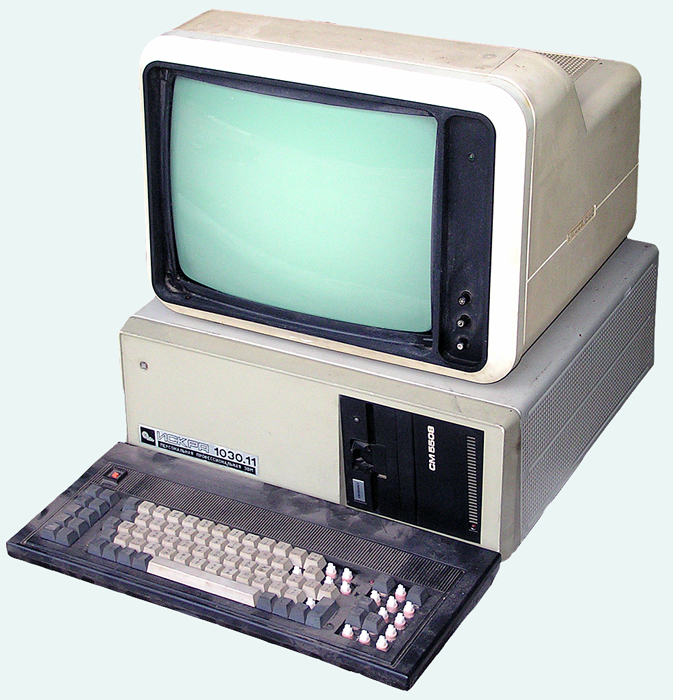 The Iskra 1030 was a Soviet version of IBM's PC/XT - a compatible personal computer based on the KR1810VM86 processor (an analog of the Intel 8086). The Iskra 1030M model was first presented at the "Automation'89" international industrial exhibition, held in Moscow in late 1989. The model had good competitive advantages for its time: the 256 KB RAM was expandable to 1MB. The second and third iterations featured hard drives - up to 10 MB. However, it was not widely distributed. 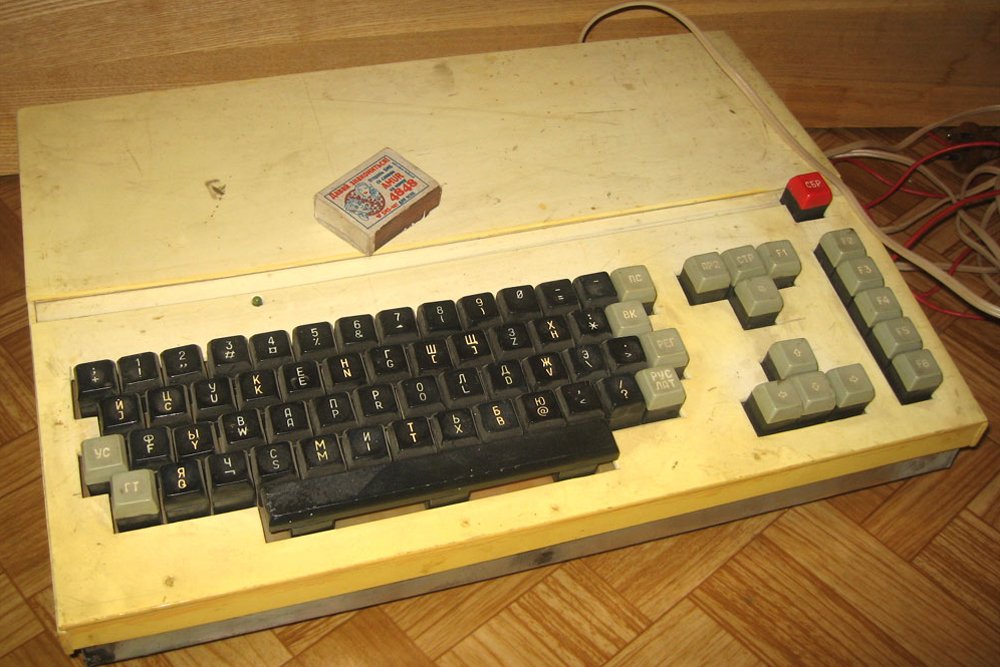 The Radio-86RK was a homemade 8-bit personal computer designed to be assembled by ham radio operators (hence the letters RK, which in Russian stand for "radio computer"). The computer spec was first published in a series of articles in the magazine Radio in 1986. It was not produced commercially. The computer could be assembled at home from "improvised materials." Instead of a monitor, the computer used a household TV connected via the video input. 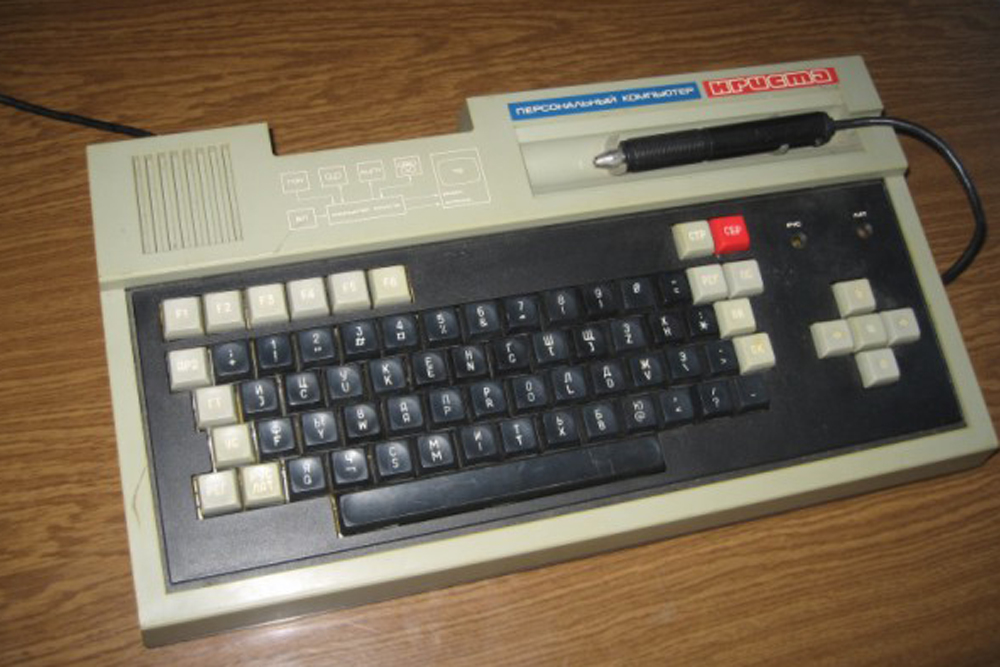 Krista, a Soviet-made 8-bit domestic PC based on the KR580VM80A processor (a clone of the Intel 8080), was technically identical to the Mikrosha. The computer had one very important difference - a touch screen. Krista could be operated using a light pen, something like a stylus for today's smartphones. 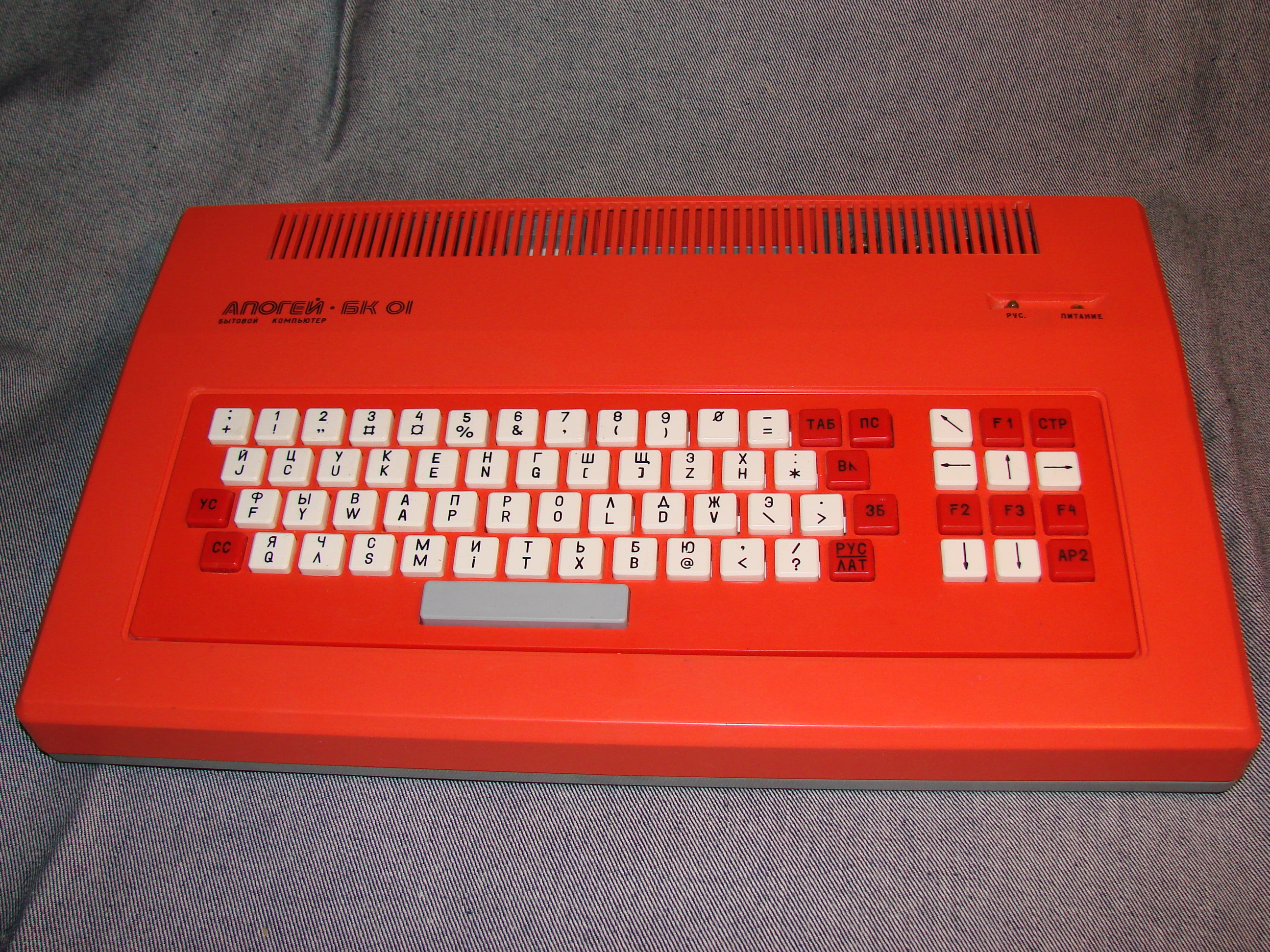 The Apogei BK-01 was developed on the basis of the Radio 86RK, and produced from 1988. For storage, it used a compact cassette or diskette. Technically, nothing of note stood out, but due to improvements in the assembly process the price was significantly reduced. It could be had for 440 rubles - two average monthly salaries at that time.

The Okean-240 was a personal computer manufactured by the Soviet Institute of Oceanology from 1986, designed for use on expeditions. Fitted with 128 KB RAM, it could use a domestic cassette as an external memory source. The Okean-240 was used to solve specific problems. It could be described as a Soviet prototype laptop. For ease of use during expeditions, it was portable and could be carried.