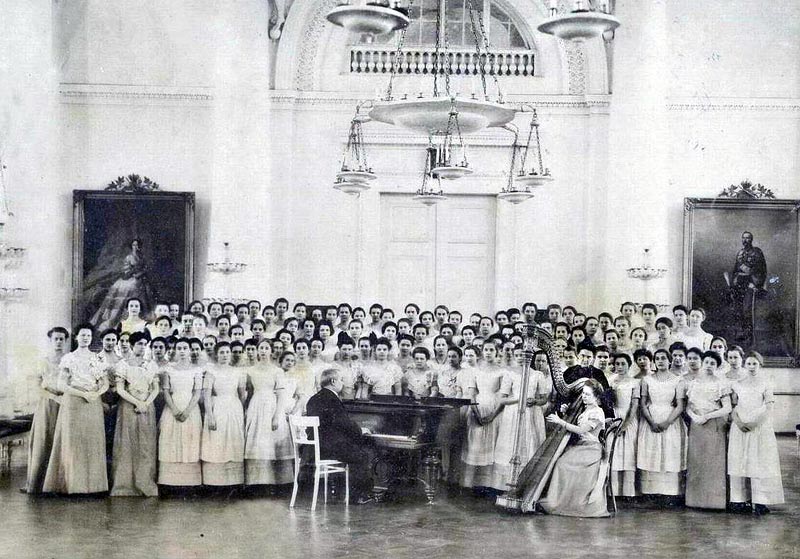 The remaining students were remarkably lucky, at least by revolutionary standards, since the institute’s students, under the leadership of Grand Duchess Vera Golitsyna, were evacuated to Novocherkassk. There, in February 1919, the school’s last graduation was held. In the summer of the same year, the teachers and remaining students fled Russia with the White Army and the institute was reestablished in Serbia. // Graduating class of 1889