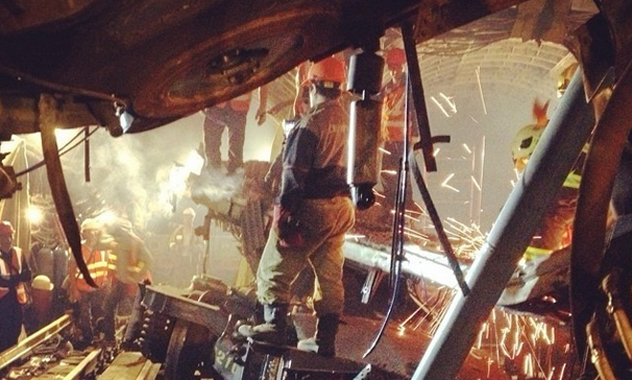 Tradegy in Moscow: at least 21 people died in an accident on the Moscow metro on Tuesday.

Moscow in July is very hot. During the weekends, inhabitants of big cities like Moscow or Saint Petersburg escape to their dachas.

The bilateral UK-Russia year has been marked by numerous artistic events. An installation entitled “Universal Mind” at the New Media Night event at Nikola Lenivets.