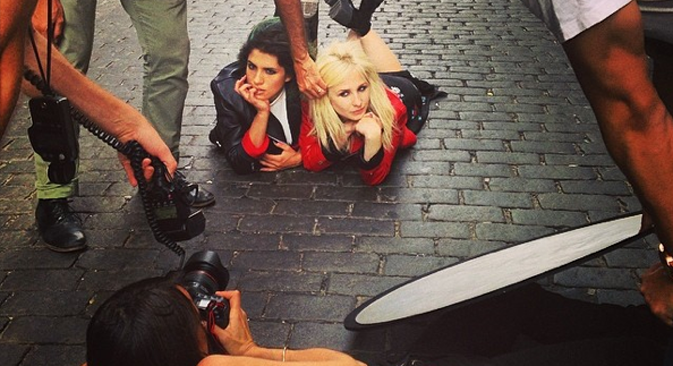 RBTH presents a news digest based on Instagram photos from Russia

Robin Williams was found dead at his home near San Francisco on Monday, August 11, after apparently committing suicide. The news of the actor’s death has shocked fans around the world, including in Russia.

Moscow’s decision to send an aid convoy to eastern Ukraine has been received with mistrust by the U.S. and a number of European countries.

The Young Women’s Association at the 2014 Tavrida International Forum in Crimea. The youth festival is being held in mid-August near the city of Sevastopol on the Crimean Peninsula.

Pussy Riot members Nadezhda Tolokonnikova and Maria Alyokhina are to appear as guest stars in the TV serial House of Cards. Pictured here is a fashion shoot featuring Pussy Riot for Tatler Magazine.

Lines for the ferry to Crimea have reached record-breaking numbers. Currently, 2,700 cars are awaiting their turn in the port. The wait time to be loaded on the ferry headed from Crimea to Russia has grown to 30 hours.

Parliamentarians have launched a bill aimed at tackling the growing problem of obesity in Russia. Inspired by the success of similar anti-smoking campaigns in forcing manufacturers to display warnings on packaging, the initiative is targeted at large fast-food chains such as McDonald’s and Burger King.

August 12 was the 14th anniversary since the tragic sinking of the Kursk, a nuclear cruise missile submarine, that went down in the Barents Sea, taking the lives of its 118-men crew.