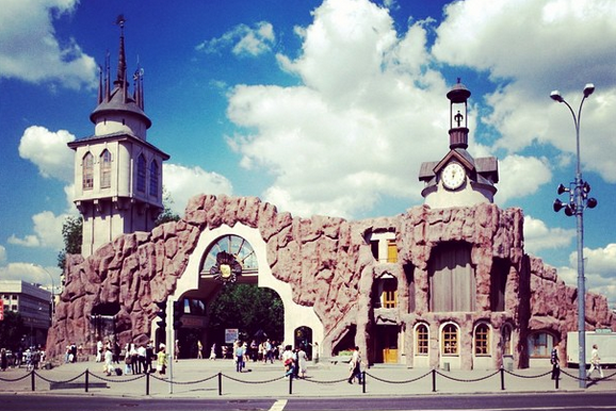 On September 12 the European Union imposed another round of sanctions on Russia, the fourth to date. The mood in Russia remains unchanged.

The Moscow International Automobile Salon 2014 came to close. Concept cars, such as Skoda’s Vision C, were the order of the day.

Tens of thousands of Muscovites took to the streets last weekend to celebrate the 867th anniversary of Moscow.

Samara also celebrated its “birthday.” The city’s most notable gift, which now stands on the banks of the Volga, was a monument to Russian artist Ilya Repin’s famous painting “Barge Haulers on the Volga.”

Art. Lebedev Studio, the most renowned design company in Russia, unveiled the new logo of the Moscow Metro. Many people struggled to spot the difference between the old and new logos. The captions on the photo read: “Before” and “After.”

The reconstruction of a large section of Moscow Zoo wrapped up after a whole year in progress. Free guided tours will be held on September 13/14 to mark the zoo’s 150th anniversary.