Instaweek: New video by Pussy Riot and 3 suns over Chelyabinsk 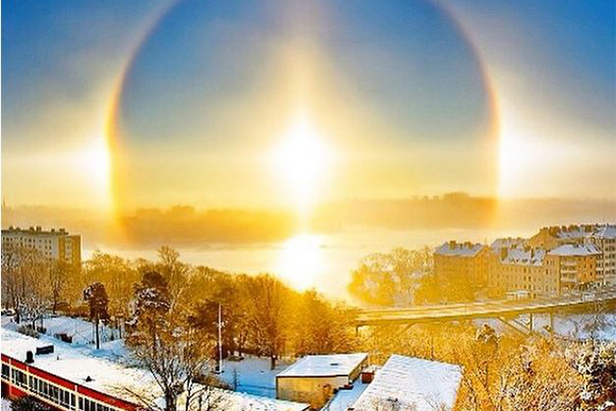 The past weekend’s Instagram was full of pictures of gifts, girls with flowers and loving couples. Russians greeted Valentine's Day armed with flowers, chocolates, champagne, candles — all in the best traditions.

Russian opposition leader Alexei Navalny was arrested on February 15 in the Moscow Metro, where he was urging passengers to take part in an anti-crisis march scheduled for March 1. The police said the arrest was made for attempting to disrupt public order.

Shrovetide week is celebrated on February 16-22. If you happen to be in Russia, don’t miss the opportunity to join in the festivities and enjoy a pancake or two.

On February 17 residents of Chelyabinsk got to see three suns over the city. They witnessed a rare optical phenomenon — a halo, which can be seen in clear frosty weather.

Punk shock band Pussy Riot released a new video for the song "I Can't Breathe," inspired by the death of Eric Garner. The video shows Nadya and Masha dressed in OMON riot police uniform lying in a grave and slowly being buried alive.

One of the founders of Soviet Pop Art, Russian artist Erik Bulatov, was awarded the Russian Order of Friendship in Paris. Bulatov himself commented: "A Russian artist who lives and works in Paris finds himself compelled to establish links between the two cultures."