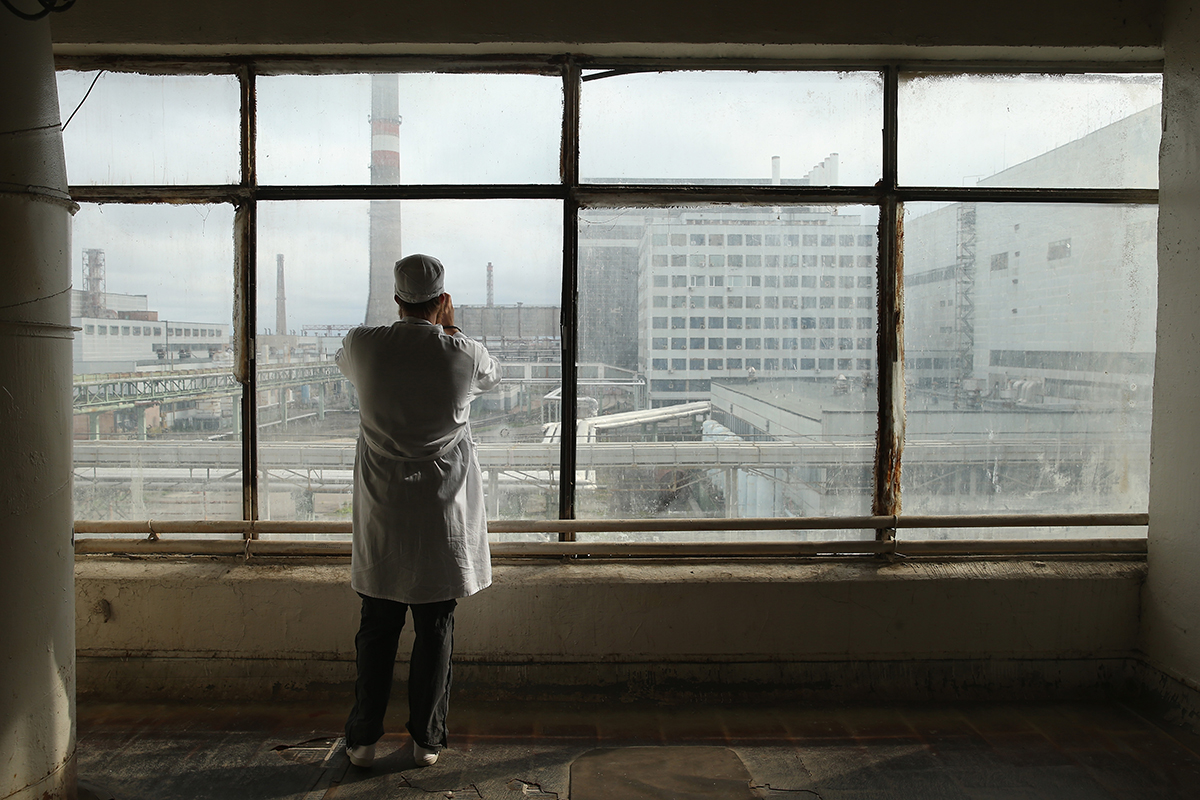 A tourist takes pictures of the first and second reactors of the Chernobyl nuclear station on September 29, 2015. The exclusion zone around the plant has seen around 40 thousands of tourists in the last 10 years. However, the radiation background still exceeds normal values by up to 30 times.

Getty Images
On April 26, 1986 the breakdown of the Chernobyl nuclear station unleashed a deadly cloud of uranium and plutonium isotopes, forcing thousands of people to leave their homes. The radioactive threat still exists 30 years after the worst nuclear meltdown in the history of mankind. The exclusion zone, however, has turned into tourist magnet. 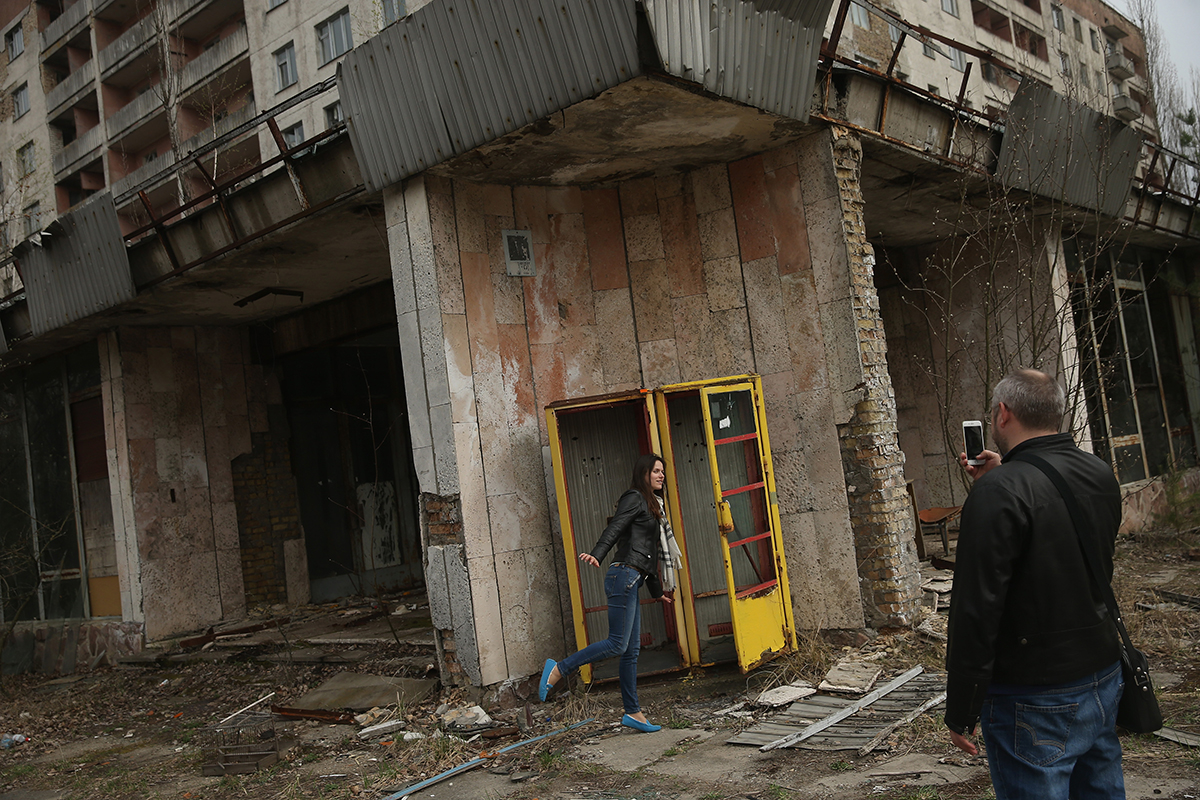 Tourists snap photos of one another in Pripyat. Forbes magazine included the Chernobyl exclusion zone in its 30 most exotic tourist destinations worldwide. Around 5 thousand people live in the exclusion zone permanently to serve the tourists in cafes and souvenir shops. 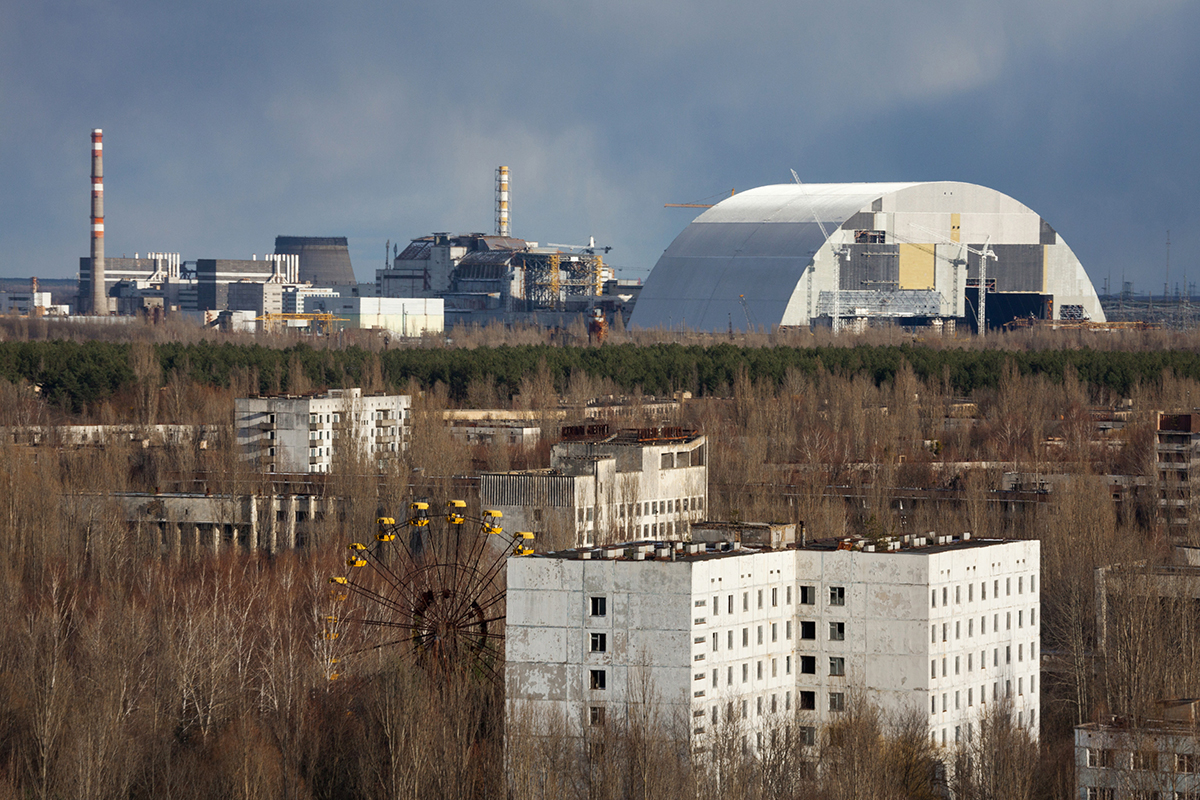 A view of the abandoned town of Pripyat, Ukraine (3 km from the nuclear station), March 19, 2016. The nuclear plant is seen in the background as well as the confinement meant to capture radioactive release. 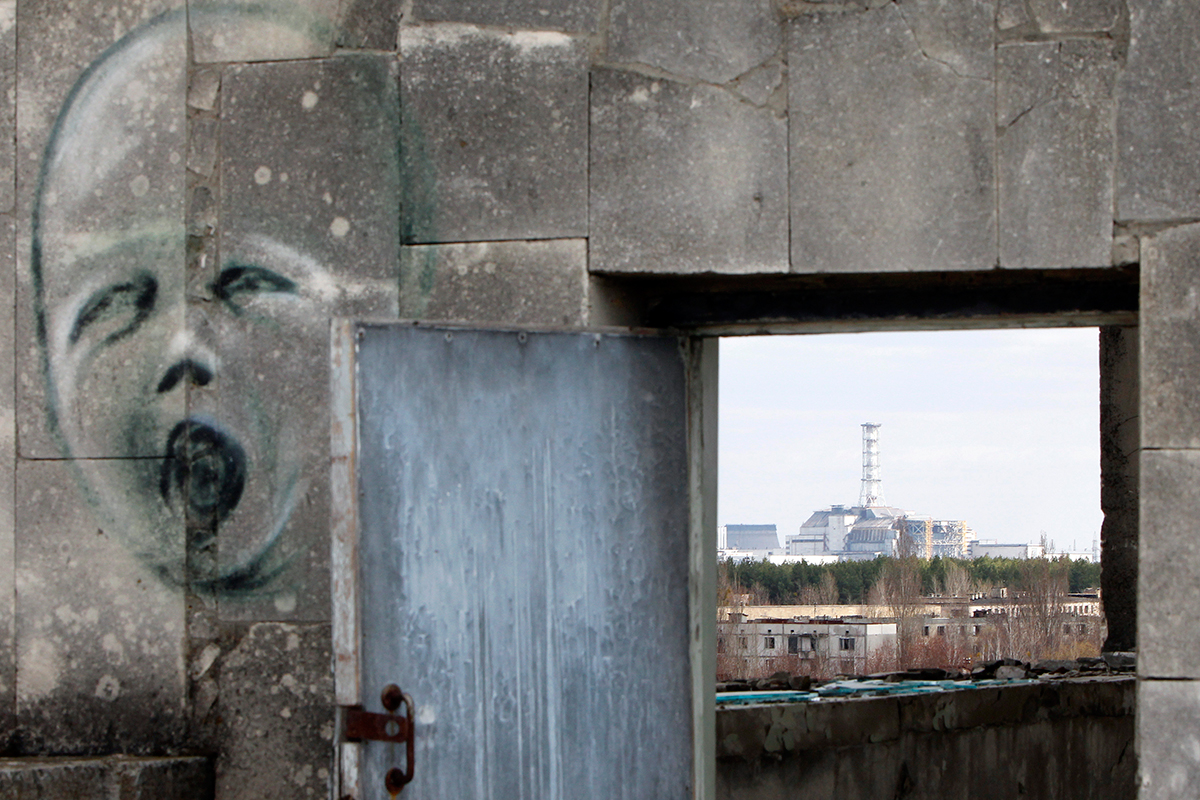 A view of the sarcophagus covering the damaged fourth reactor, the construction of which is due to be completed in 2018. The previous sarcophagus suffered numerous wreckages. 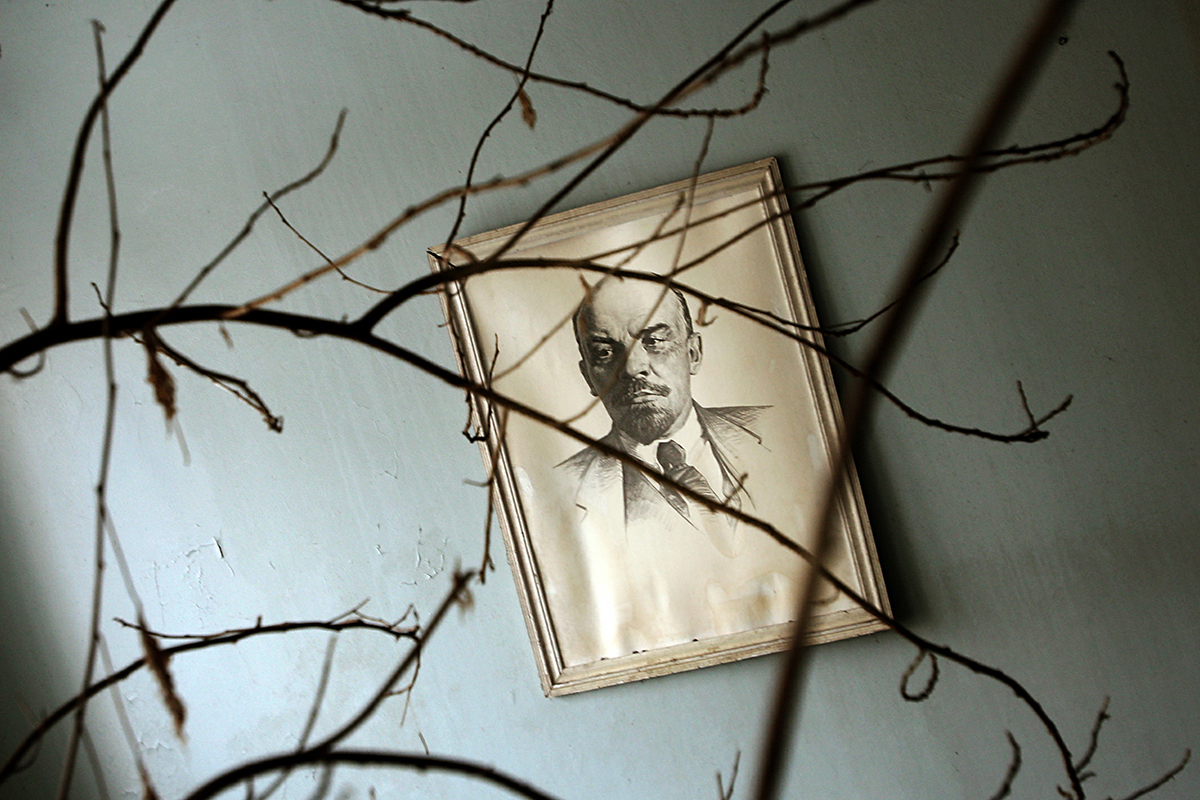 The catastrophe preserved relics of Soviet life. // A picture of Soviet state founder Vladimir Lenin is seen inside a hospital in Pripyat. 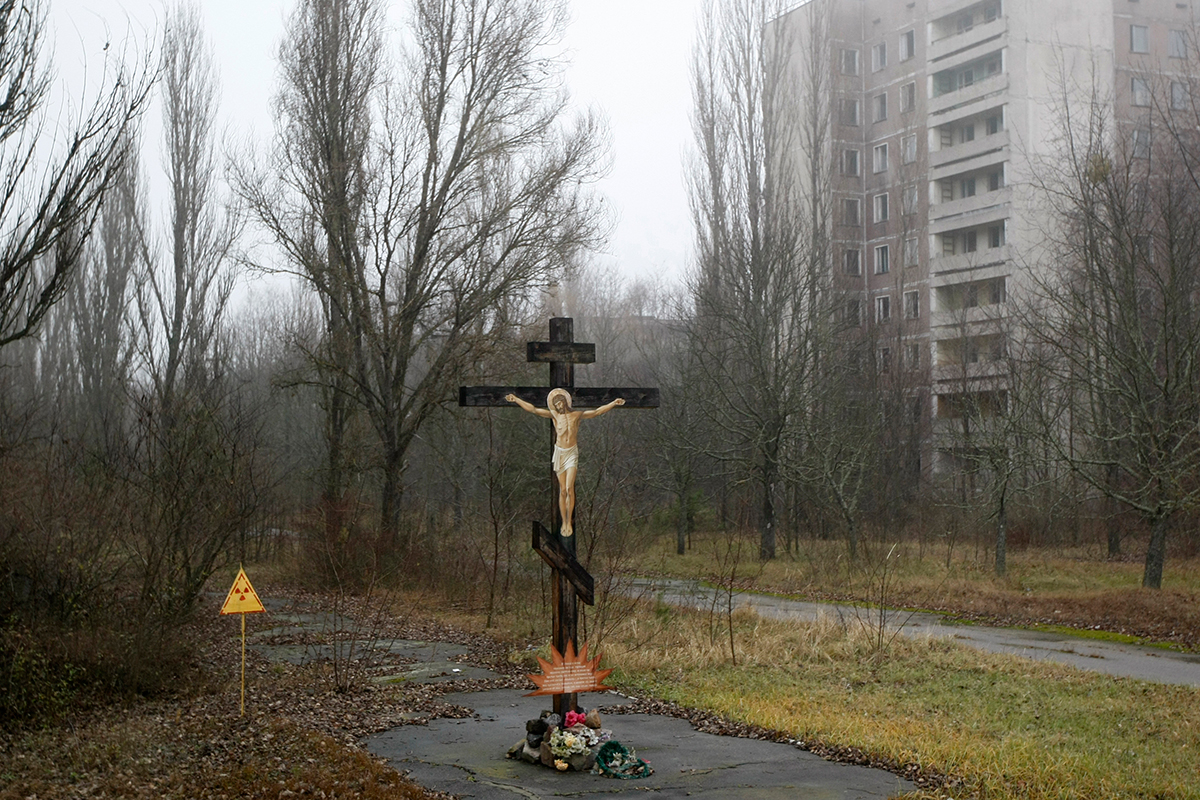 A cross with a crucifix on display in Pripyat. The radioactive pollution caused the deaths of around 4000-200,000 people. 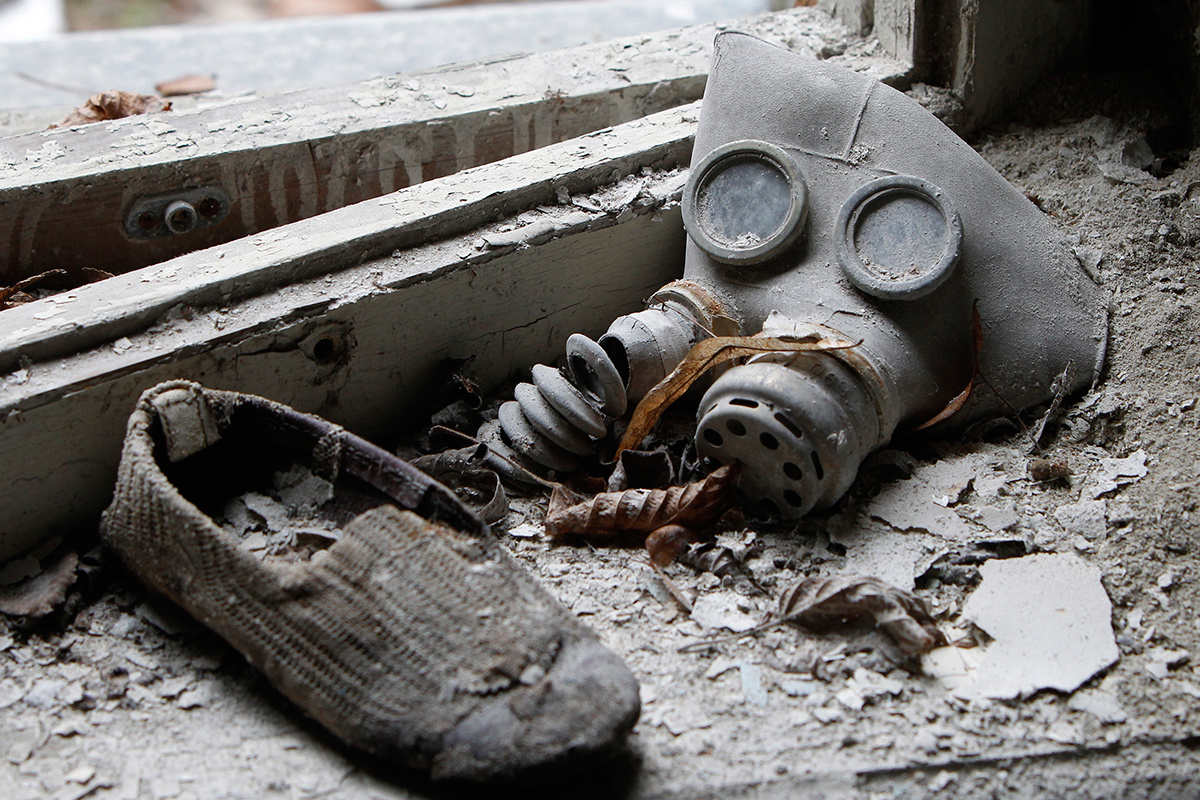 A child's gas mask and shoe can be seen at a kindergarten in Prypiat. On April 26, 1886 children went to school as usual. 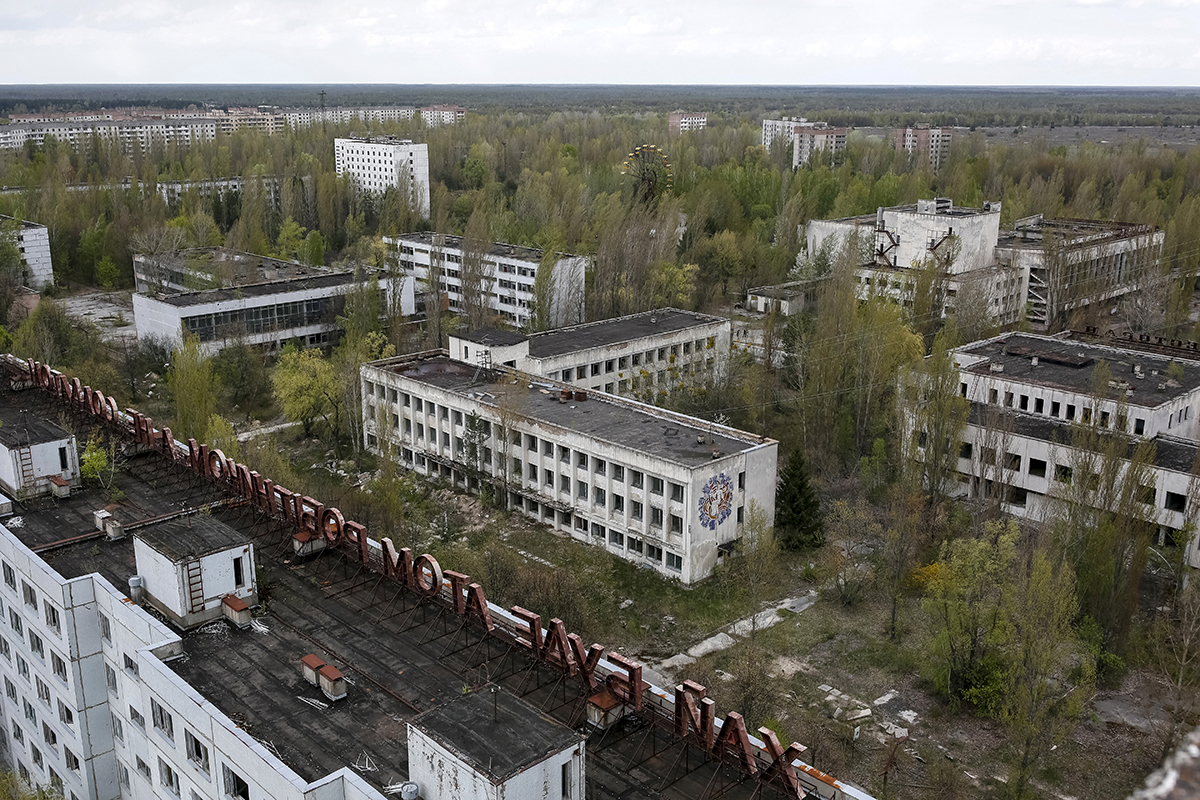 The evacuation began next morning. Most of the people left their belongings at home, thinking that they would return soon. //A view of Pripyat. 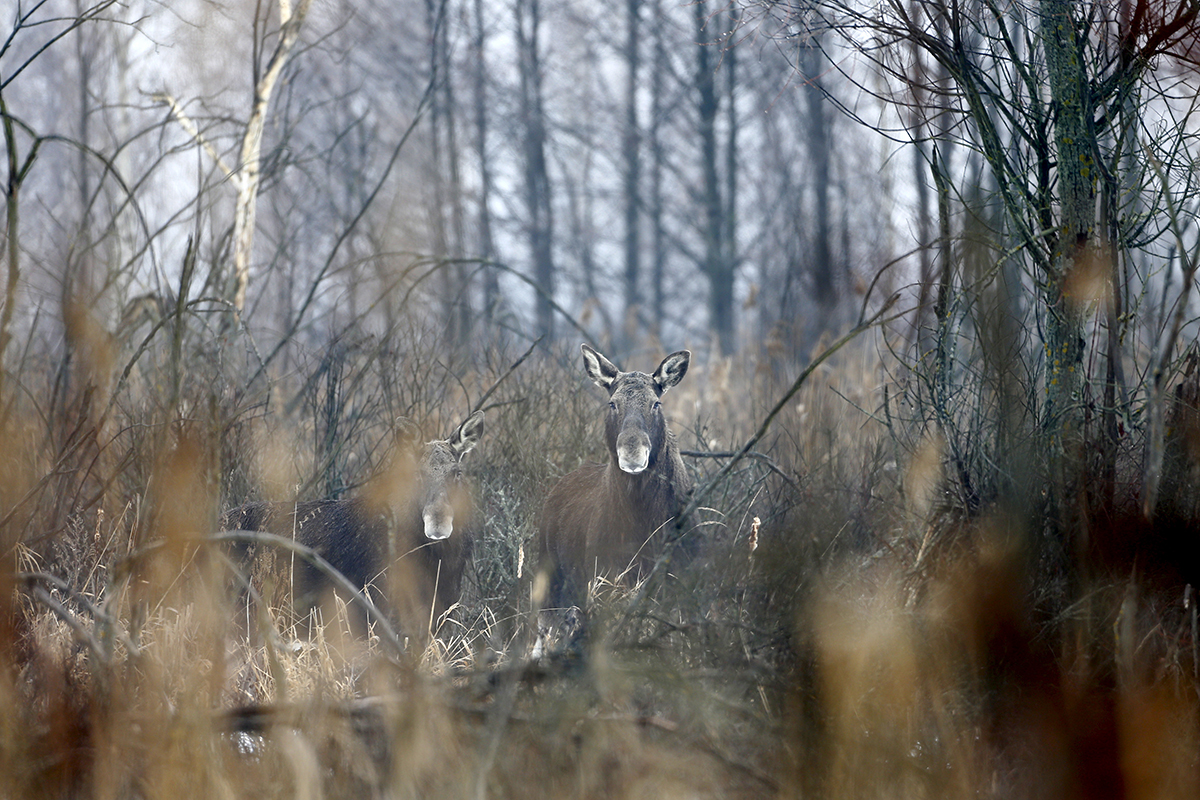 Elks are seen near the abandoned village of Dronki, Belarus. Wild animals are now the sole occupants of the exclusion zone around the Chernobyl nuclear reactor, roughly the size of Luxembourg. The population of wolves and elks has boomed in the past 30 years here. 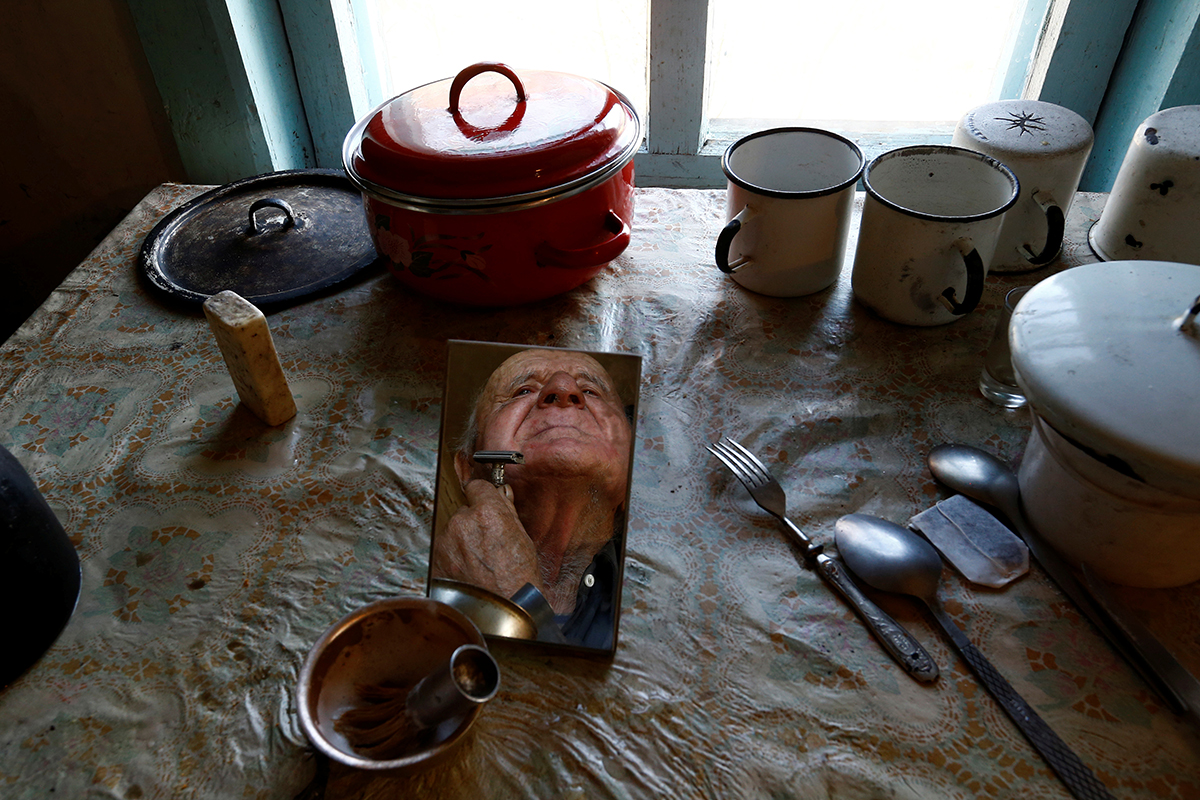 Ivan Shamyanok, 90, shaves in his house in the village of Tulgovichi, near the exclusion zone around the Chernobyl nuclear reactor. 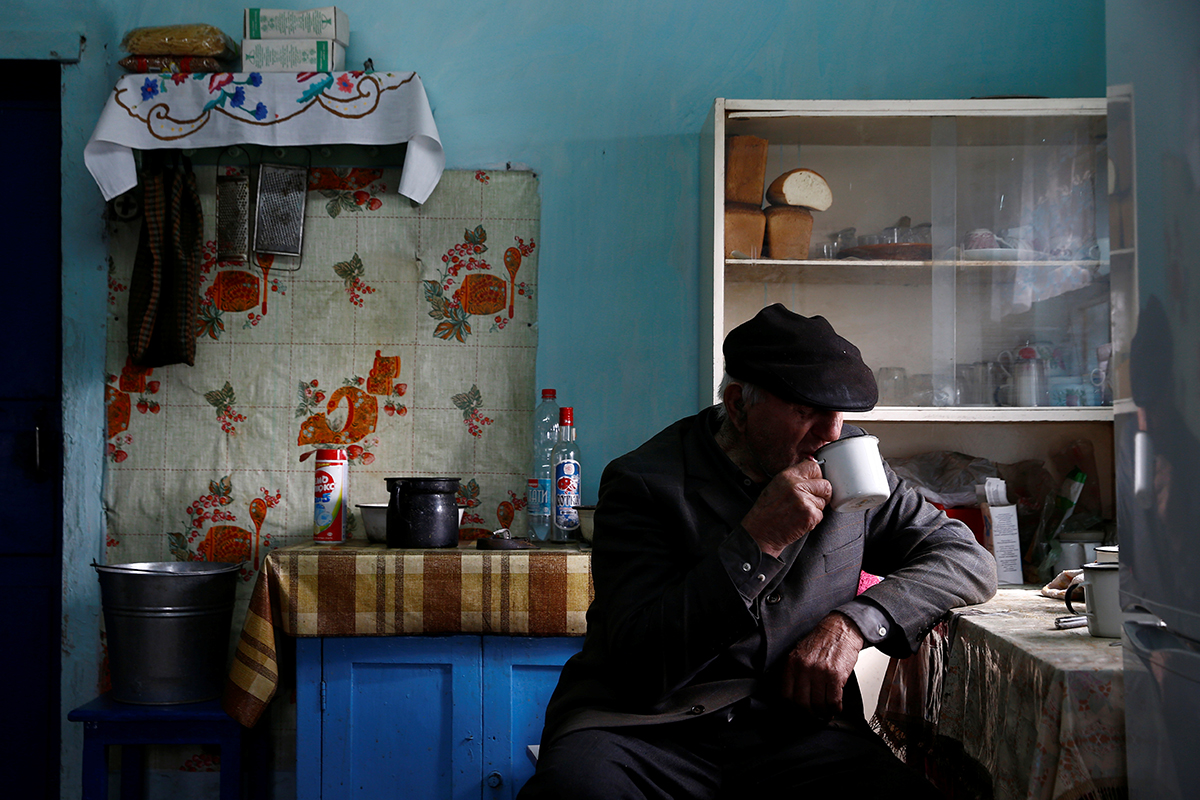 Shamyanok says the secret to a long life is not to leave your birthplace even when it is poisoned with radioactive fallout. 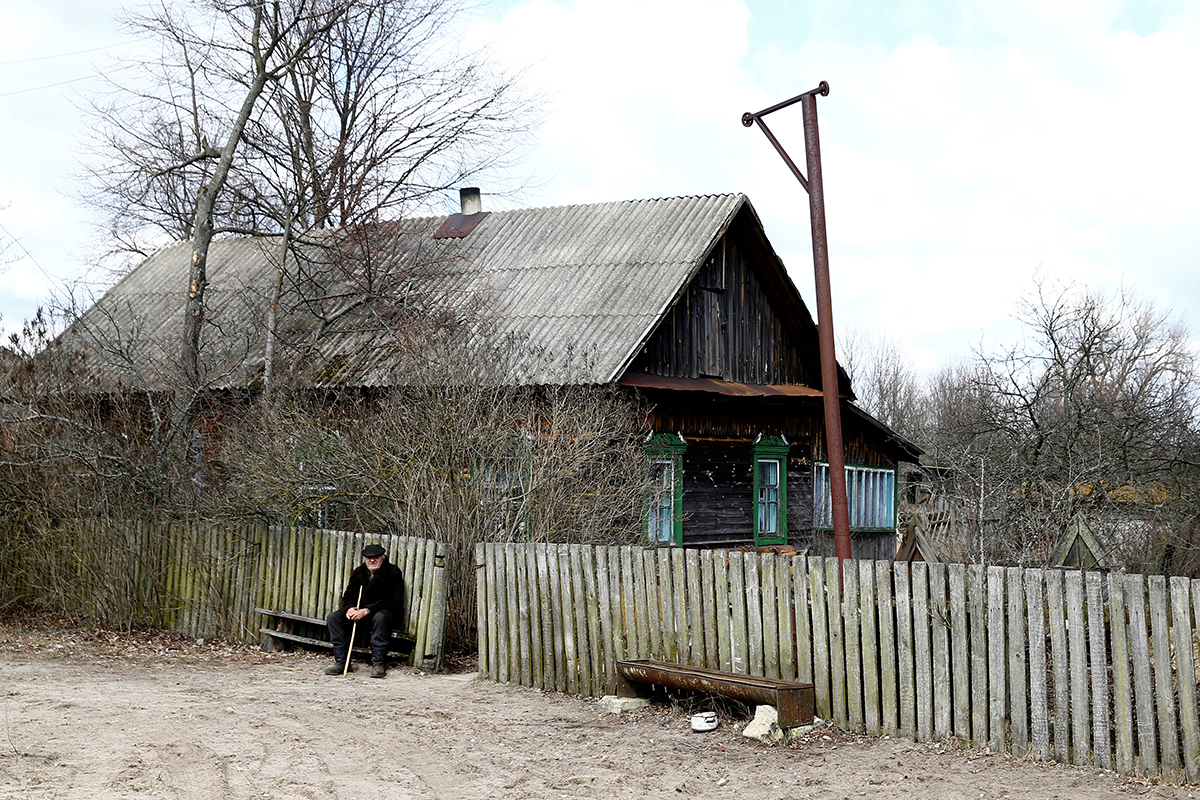 Ivan Shamyanok sits in front of his house in the village of Tulgovichi, near the exclusion zone.