Russia 100 years ago and today (PHOTOS) 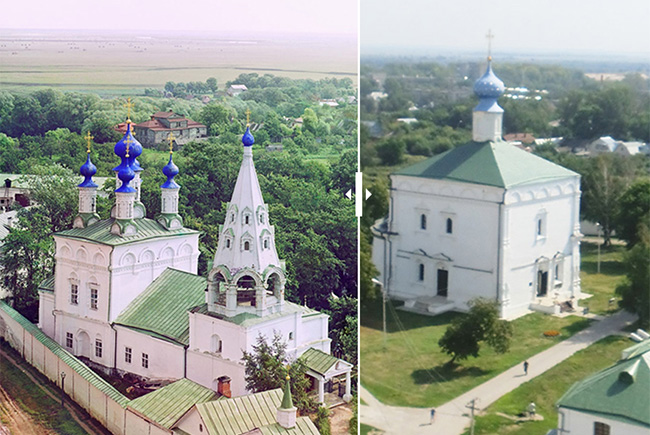 Sergei Prokudin-Gorsky
10 photos demonstrate how little has changed in the Russian provinces over the last century.

Sergei Prokudin-Gorsky was a Russian chemist and photographer. He is best known for his pioneering work in color photography and considered the project a labor of love.

In 1901, Prokudin-Gorsky established a photography studio and laboratory in Saint Petersburg. The Tsar Nicholas II enjoyed the color photos, and, with his blessing, Prokudin-Gorsky got the permission and funding to document Russia in color. He continued his photographic journeys through Russia until after the October Revolution in 1917. Over the course of 10 years, Prokudin-Gorsky assembled a collection of more than 10,000 photos.

In recent years, fans of the photographer have visited the same places where he took his photos more than 100 years ago. In these photos the cities, mountains, monasteries, churches and rivers in different parts of Russia are compared with the original shots. These remarkable new photos demonstrate how little has changed in the Russian provinces over the last century. Approximately 750 of images are now published as part of an international research project titled, “The Legacy of S. M. Prokudin-Gorsky.” / View of Tobolsk city.

Entrance of the Spassky Monastery, Ryazan.

View of the kremlin, Rostov-Velikiy.

The Cathedral Church of the Assumption, Smolensk.

The Cathedral of Saint Demetrius, Vladimir.