The broken swords of the Red Empire 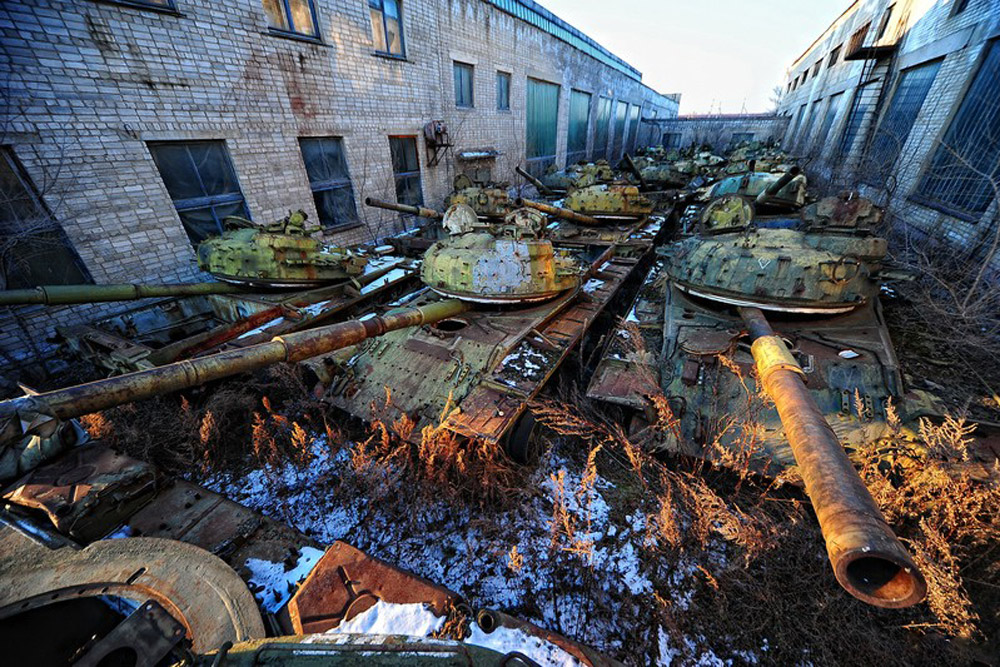 An abandoned repair base for military equipment in the town of Ussuriisk in the Russian Far East, 5 500 miles east from Moscow. Previously, it was one of three bases in the USSR that not only repaired, but also modernized tanks.

KFSS.ru
Disarmament affected many regions of the Soviet Union. 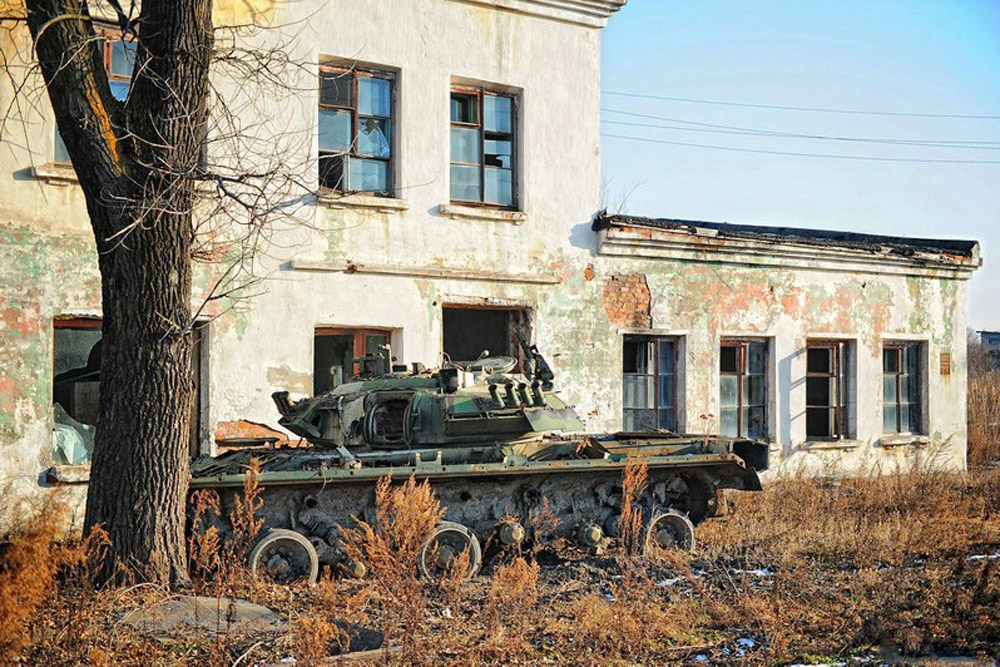 In Soviet times, the repair base received several government awards. In 2009, the state decided to convert this armored tank repair station into a joint-stock company. A few months later, the enterprise was declared bankrupt. 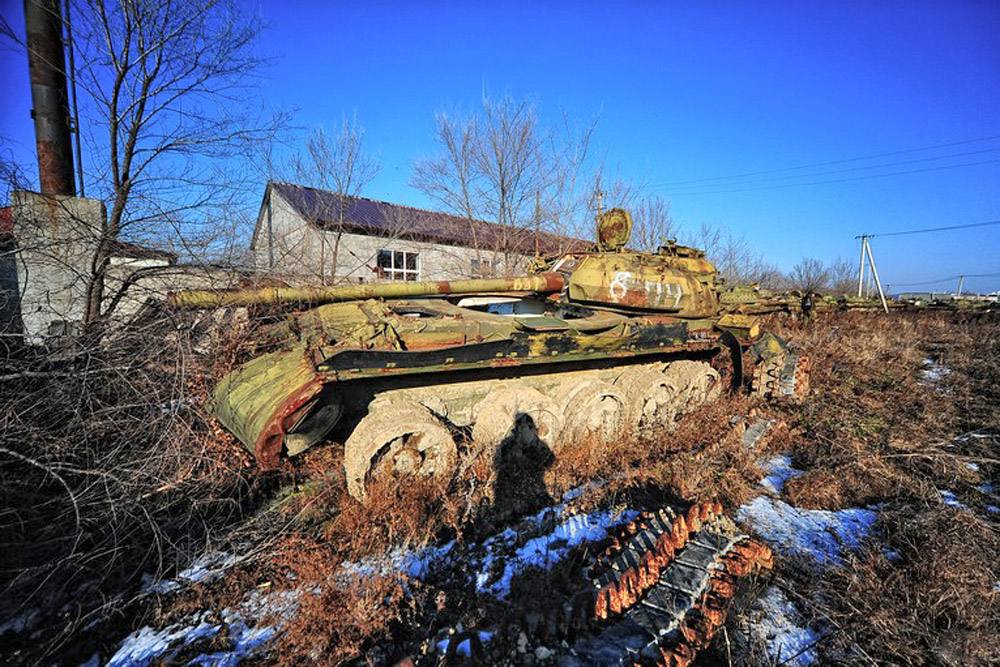 The surrounding region is home to old tanks from the 1970s and relatively new combat vehicles brought here from the Kuril Islands. 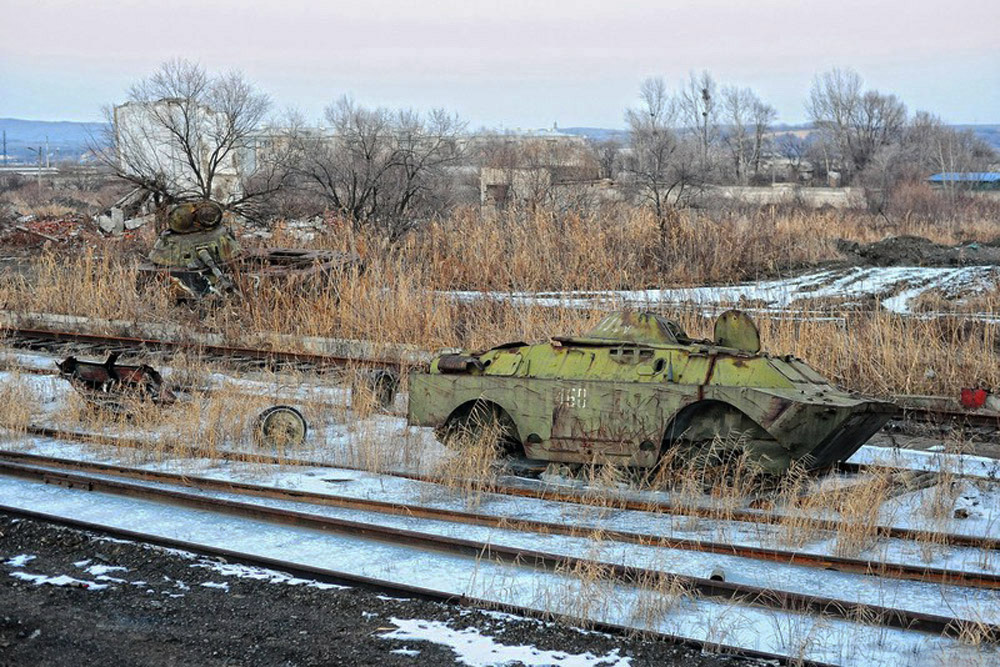 Armored vehicles sometimes languish here for years, but their fate is known. It is only a matter of time before they are dissected with oxygen cutters. Where the metal goes, no one knows. 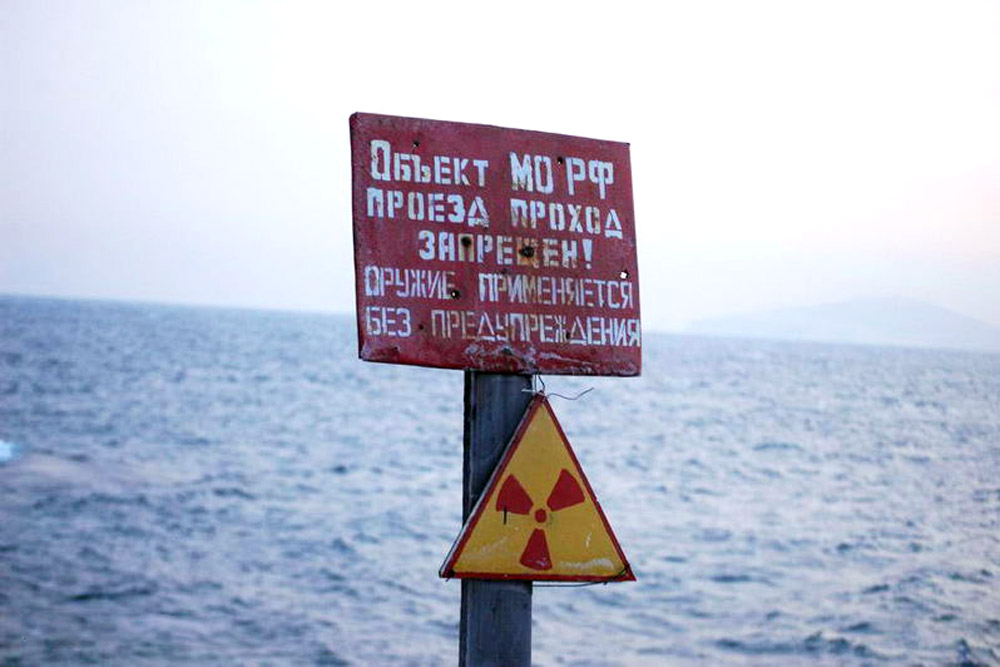 The process of disarmament includes destroying not only Soviet-era equipment, but also protective facilities made in the USSR in the event of nuclear war. The signs on such structures that read "Violators will be shot" are no longer relevant. 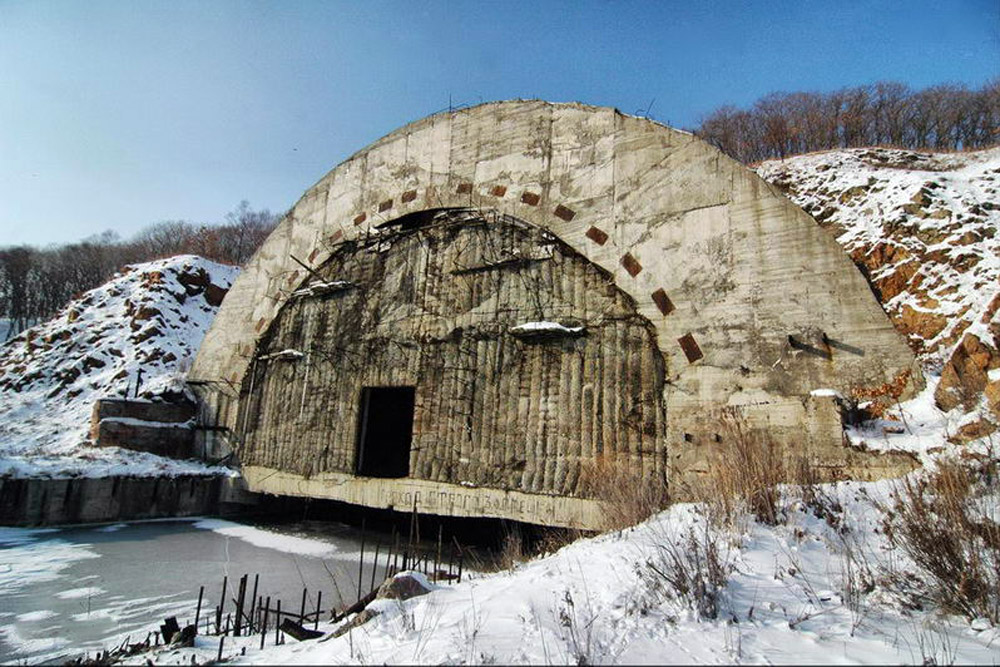 In the event of a nuclear attack, Soviet submarines were to approach these gates. This unique bomb shelter was built to withstand a direct hit by a nuclear bomb. Now the main threat to this Far Eastern facility comes from metal thieves. 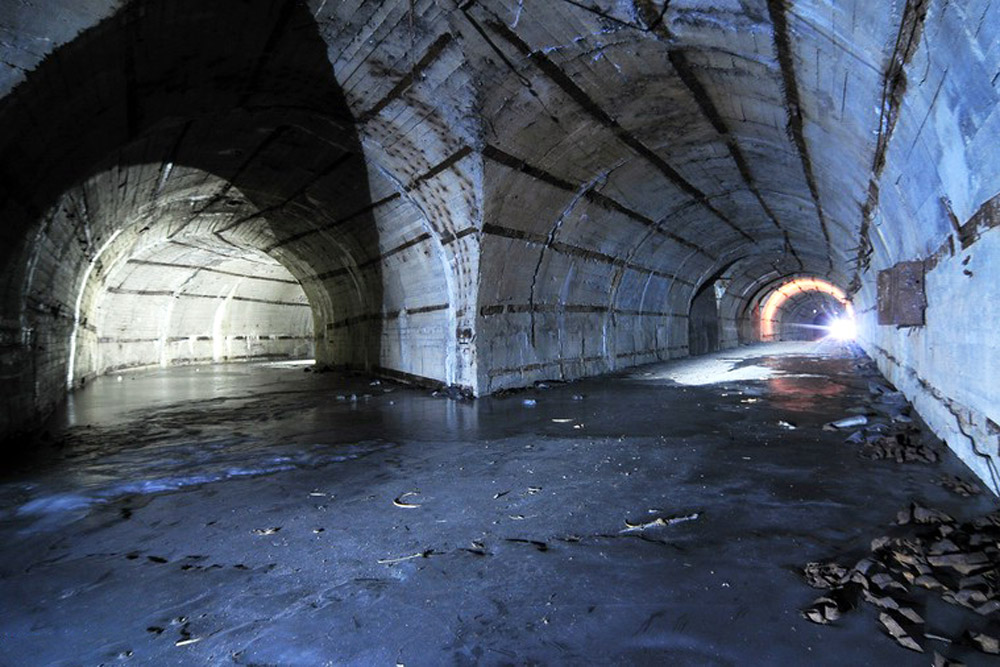 The base, which was called "Secret Facility № 6" was flooded as part of an agreement with the United States under the Strategic Arms Reduction Treaty. It happened immediately after the collapse of the Soviet Union in 1991. 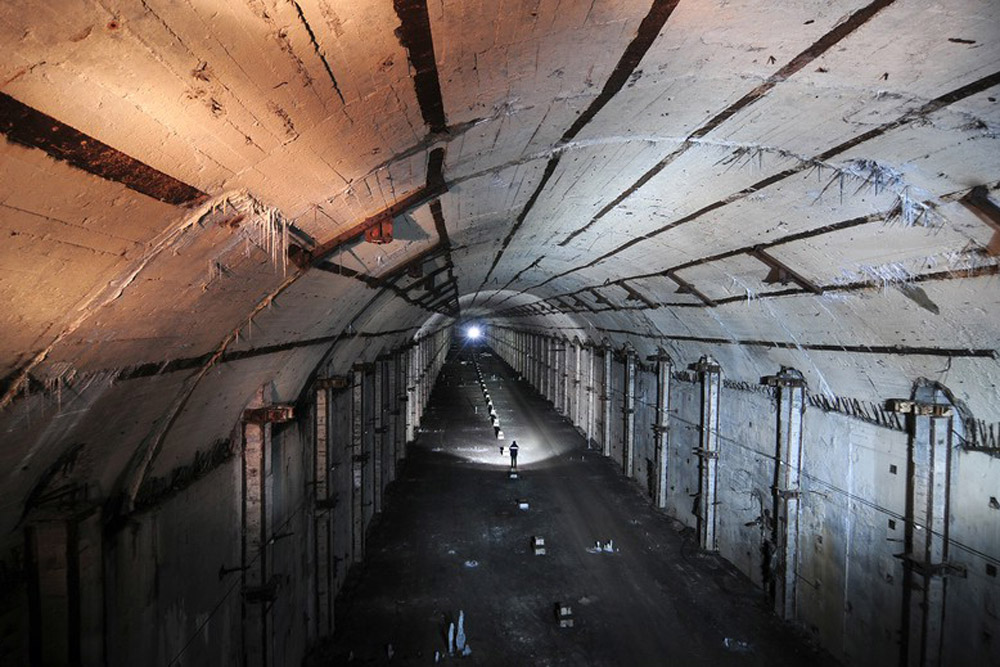 Because much of the shelter is now flooded with water, it is impossible to ascertain the actual dimensions of the secret facility. Clearly, it could hold several submarines at a time. The cost of construction can only be guessed at. 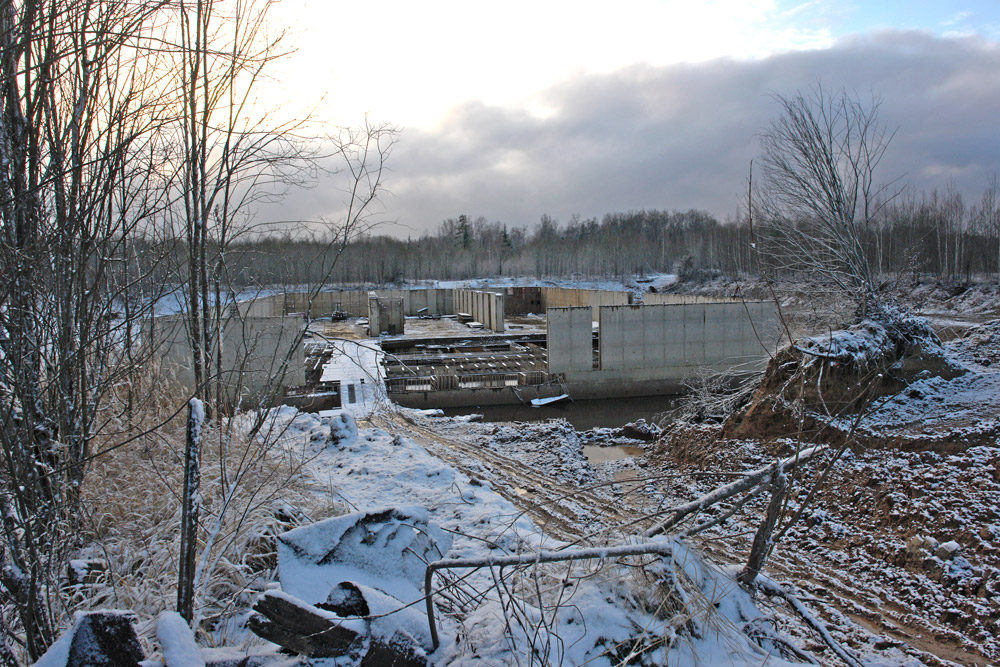 Disarmament has also affected the most fortified area of the Soviet Union — the region around Moscow. The pile of scrap metal in the picture is the roof and ground floor of a military communication bunker. It used to be under ground, concealed from reconnaissance satellites. 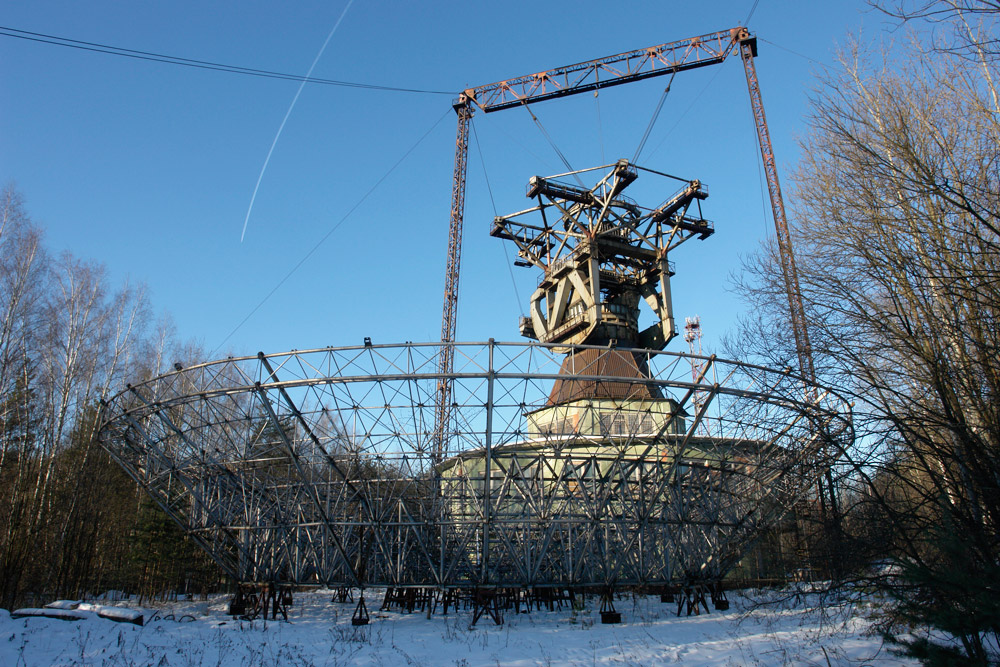 There was no need to destroy this space communications station in the Moscow region. The Soviet army was unable to complete it before the collapse in 1991. The diameter of the dish is unique: 105 feet (32 meters). It is now home to illegal seasonal workers from Central Asia. 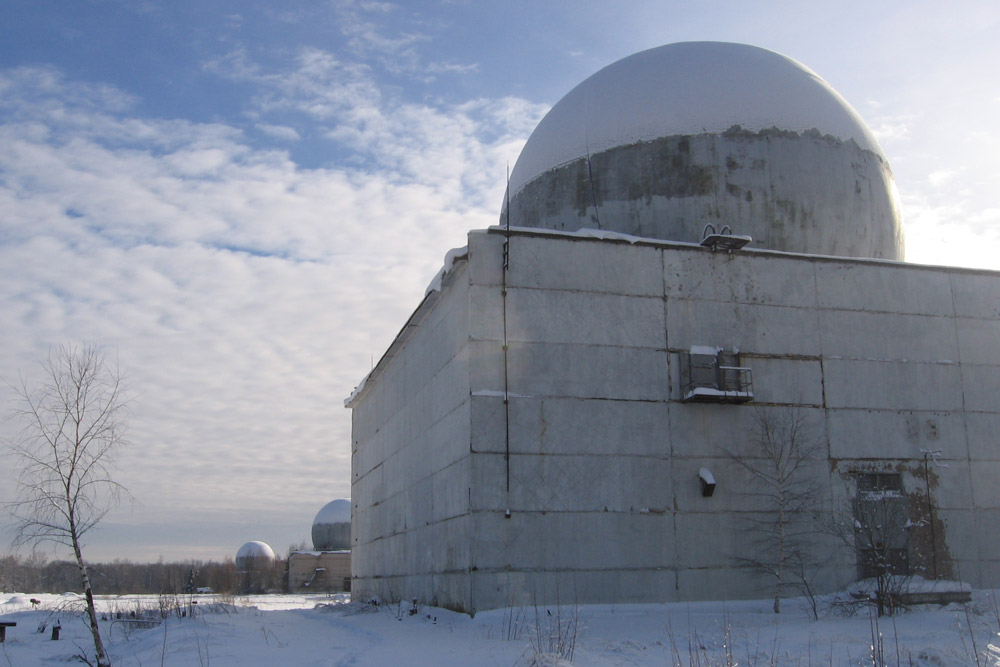 These balls housed radars designed to protect Moscow from enemy missiles. Some of them are abandoned, while others are now the site of small machine-building or wood-sawing plants, etc. 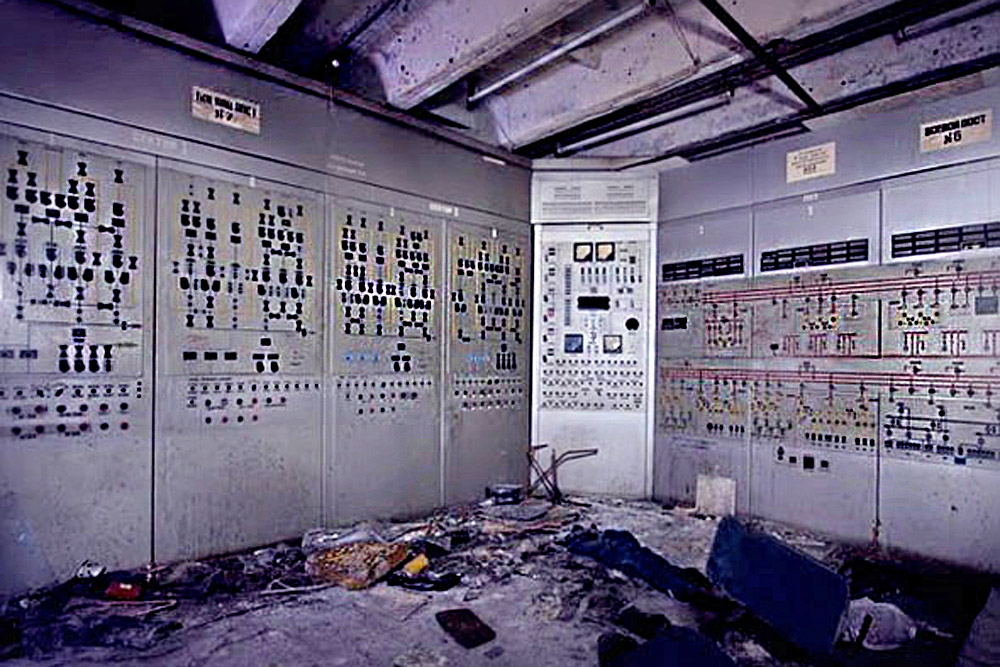 This is what a Danube-3 type radar station looks like on the inside. The technology was used to monitor the sky around Moscow to give advance warning of a missile attack. During disarmament, the station was just abandoned; nothing was destroyed and many items were simply left behind. 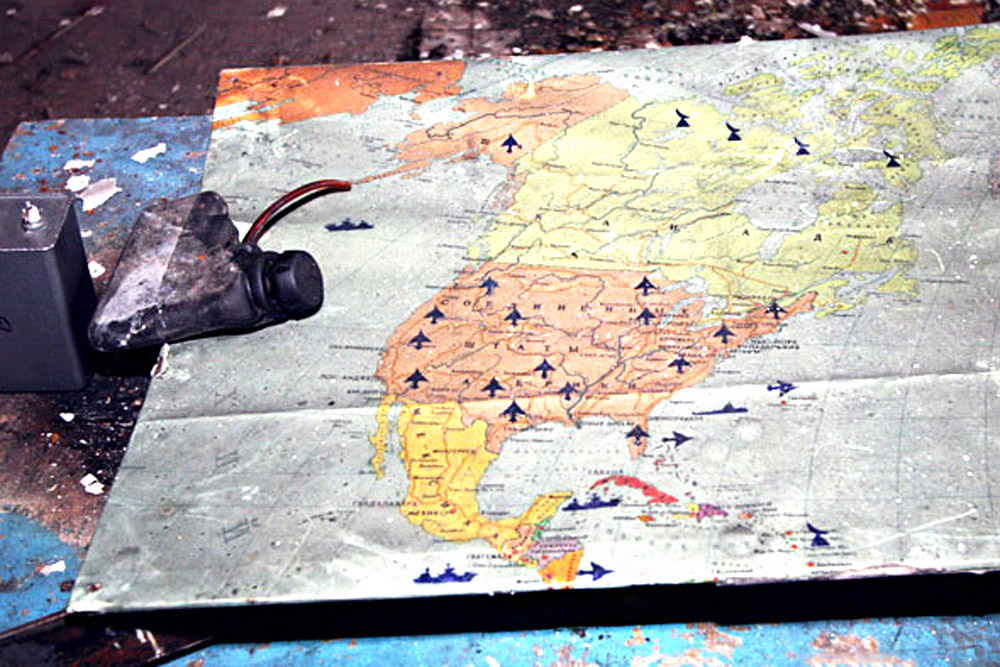 Maps of the USA indicating the location of military facilities were discarded by both the army command and the metal thieves who raided the place immediately after the soldiers' departure. 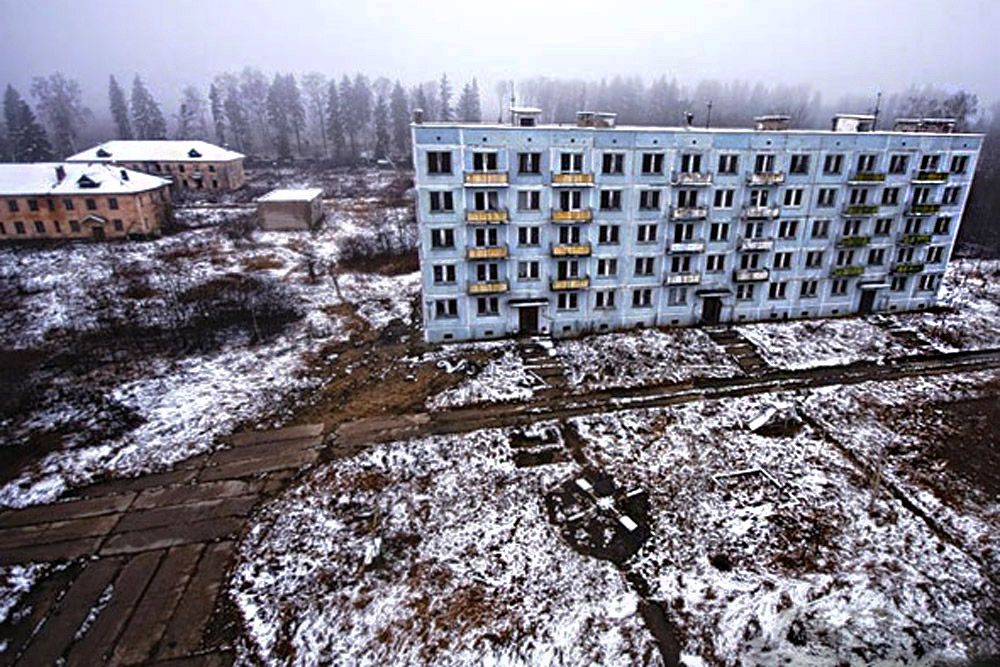 No one wants to live in this small town of Pavlovsk in the Moscow region, not even for free. The military unit was closed, and the surrounding jobs disappeared. This side of the disarmament process is almost never seen, except by amateur photographers at kfss.ru, stalkerworld.ru, and vkartoteke.ru. They share their pictures online with other people concerned about the broken swords of the Red Empire.