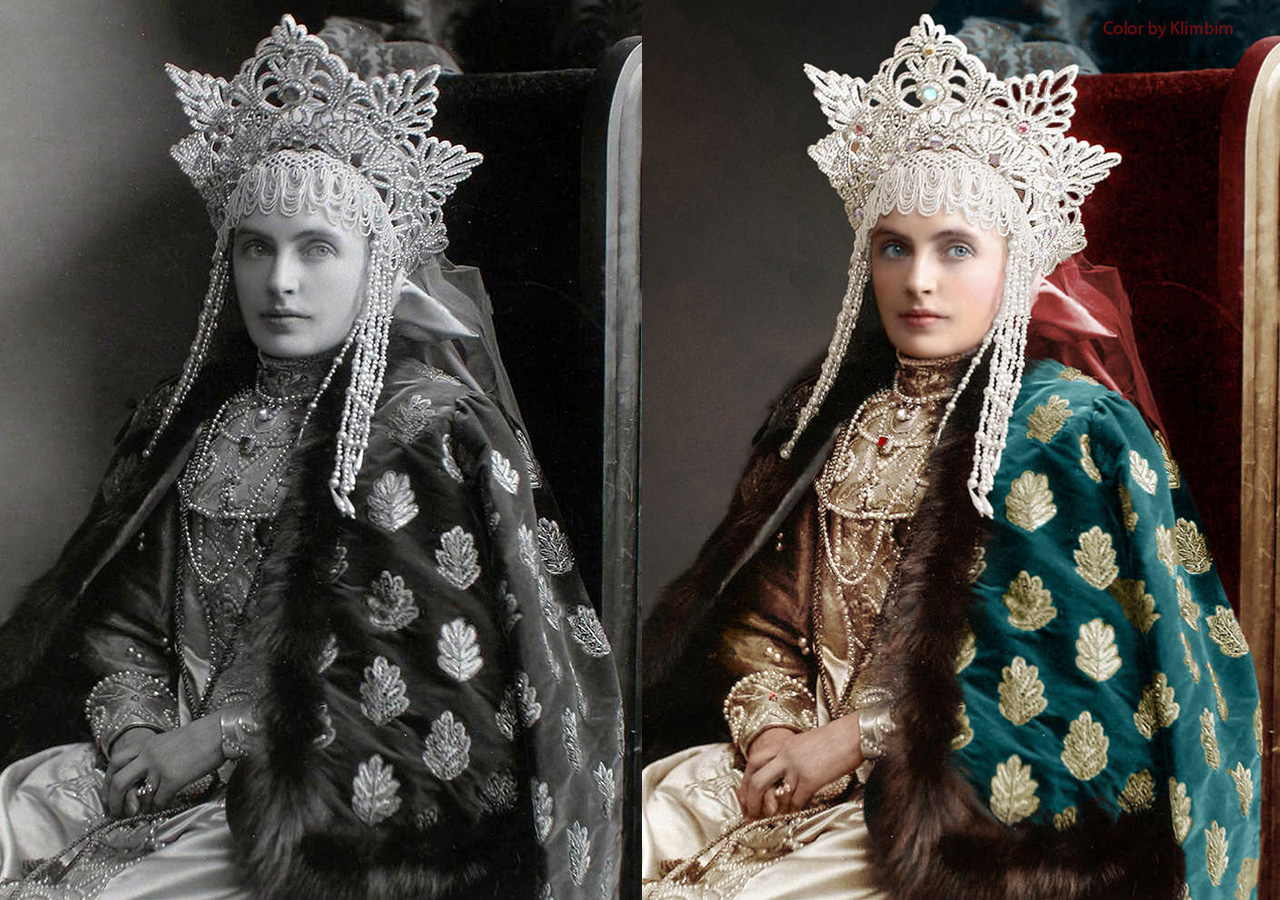 A grand fancy-dress ball took place at the end of February 1903 in the Winter Palace, St. Petersburg (today’s Hermitage Museum), which was to be the last ball of tsarist Russia. The two-day ball was the most opulent ever held during the reign of Nicolas II. It was dedicated to the 290th anniversary of the Romanov dynasty. / Baroness Emma Vladimirovna Frederiks, lady-in-waiting of Empress Alexandra Feodorovna.

The first day featured feasting and dancing, and a masked ball was held on the second. Everything was captured in a photo album that continues to inspire artists to this day. Russian artist Klimbim has colored archive photos of WW2 heroes, black and white photos of the Romanov family, and portraits of Russian poets and writers. Her latest project was to add color to a series of photos taken at the last ball of the Romanovs, held in 1903. /  Princess Zinaida Nikolaevna Yusupova dressed as a 17th century boyar woman.

One of the participants of the ball in 17th century dress.

One of the participants of the ball in 17th century dress.

The Russian-Japanese War broke out a year later, followed by the 1905 Russian Revolution. The global economic crisis marked the beginning of the end for the Russian Empire, and the court ceased to hold balls.