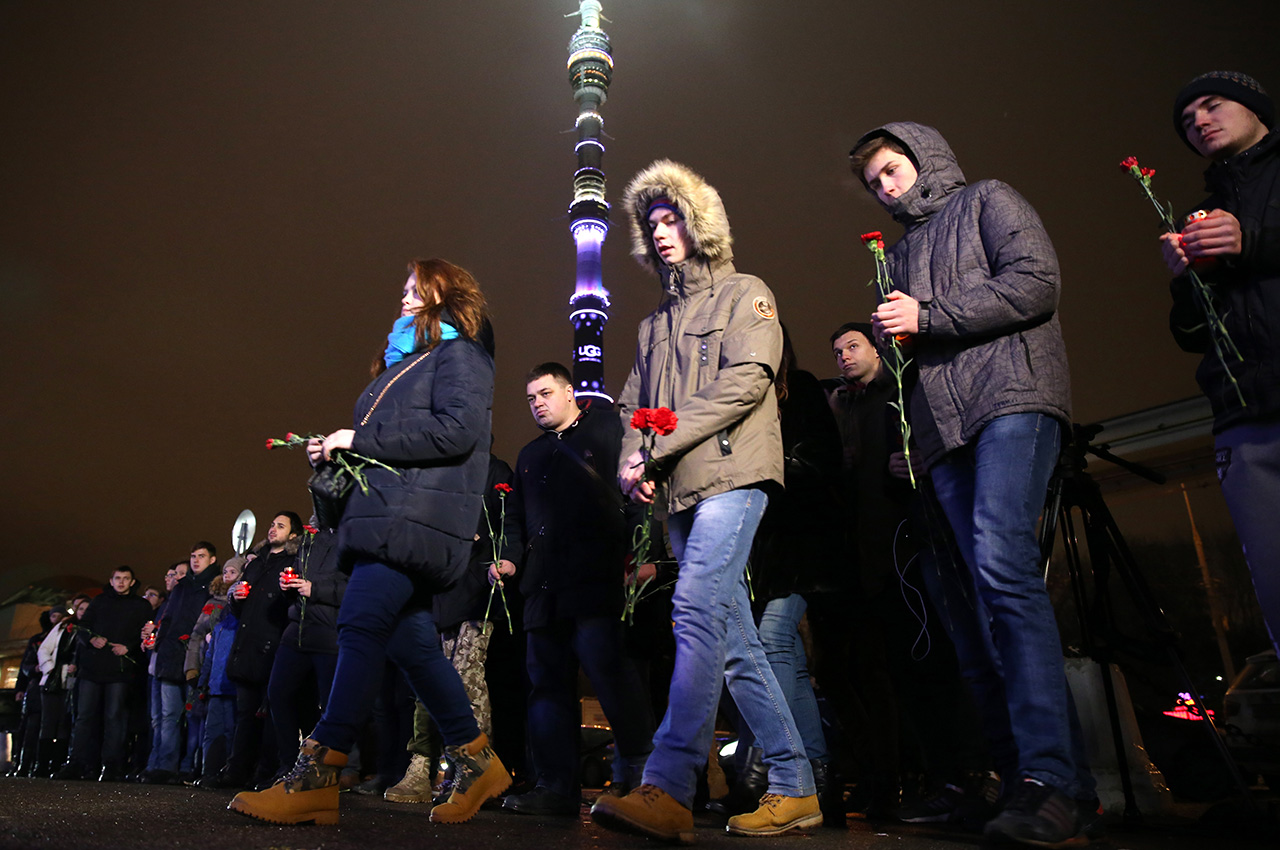 Moscow. Mourners take flowers to the Ostankino TV center in remembrance of the nine journalists from three Russian TV channels who died in the plane crash.

Artyom Geodakyan / TASS
Russia is observing on Dec. 26 a nationwide day of mourning in remembrance of 92 people, who died in a passenger aircraft crash near the resort city of Sochi in the early hours of Dec. 25. 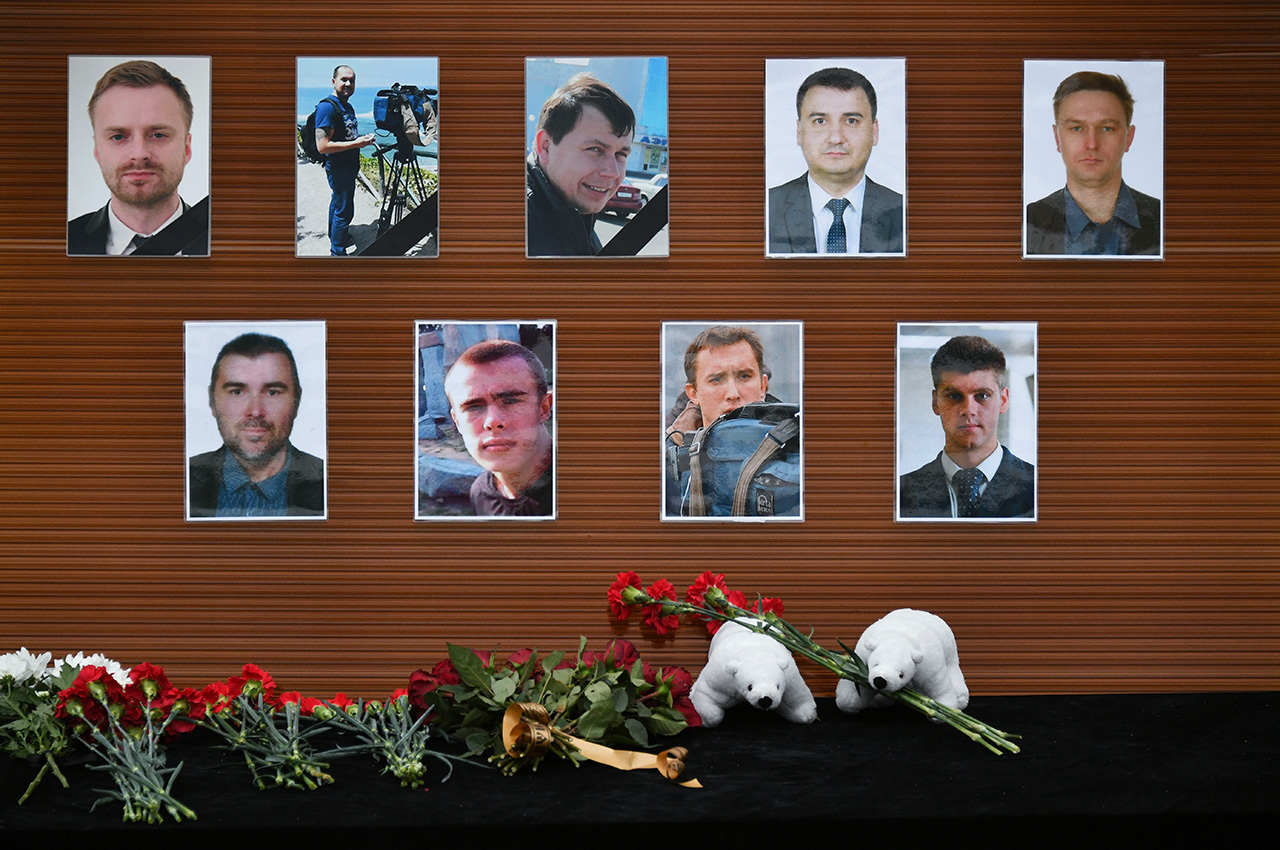 Flowers in remembrance of the nine journalists from three Russian TV channels who died in the plane crash. 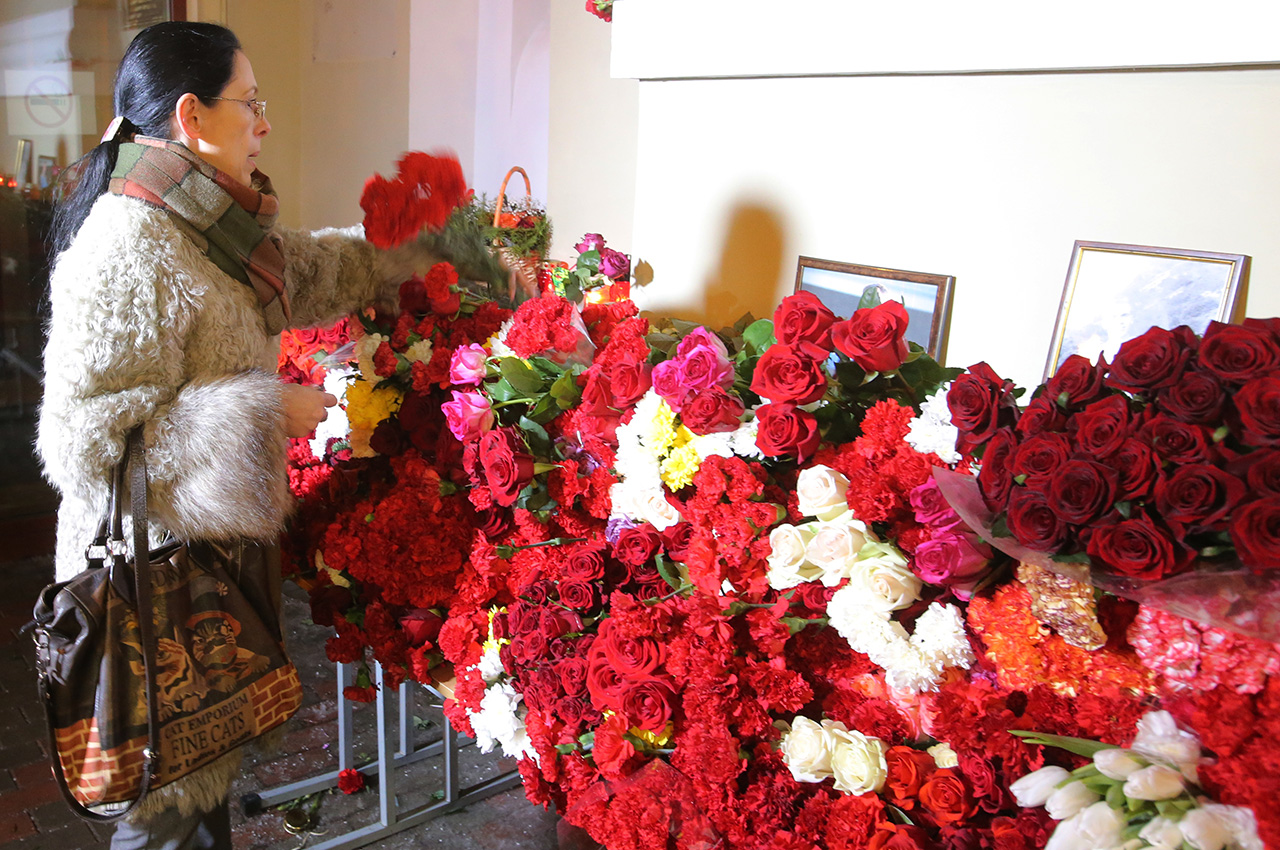 All national flags in the country are flying half-mast, while all cultural and entertainment activities dedicated to upcoming New Year festivities are cancelled, including on national television channels. / Flowers at the Alexandrov Ensemble choir's building in Moscow, Russia. 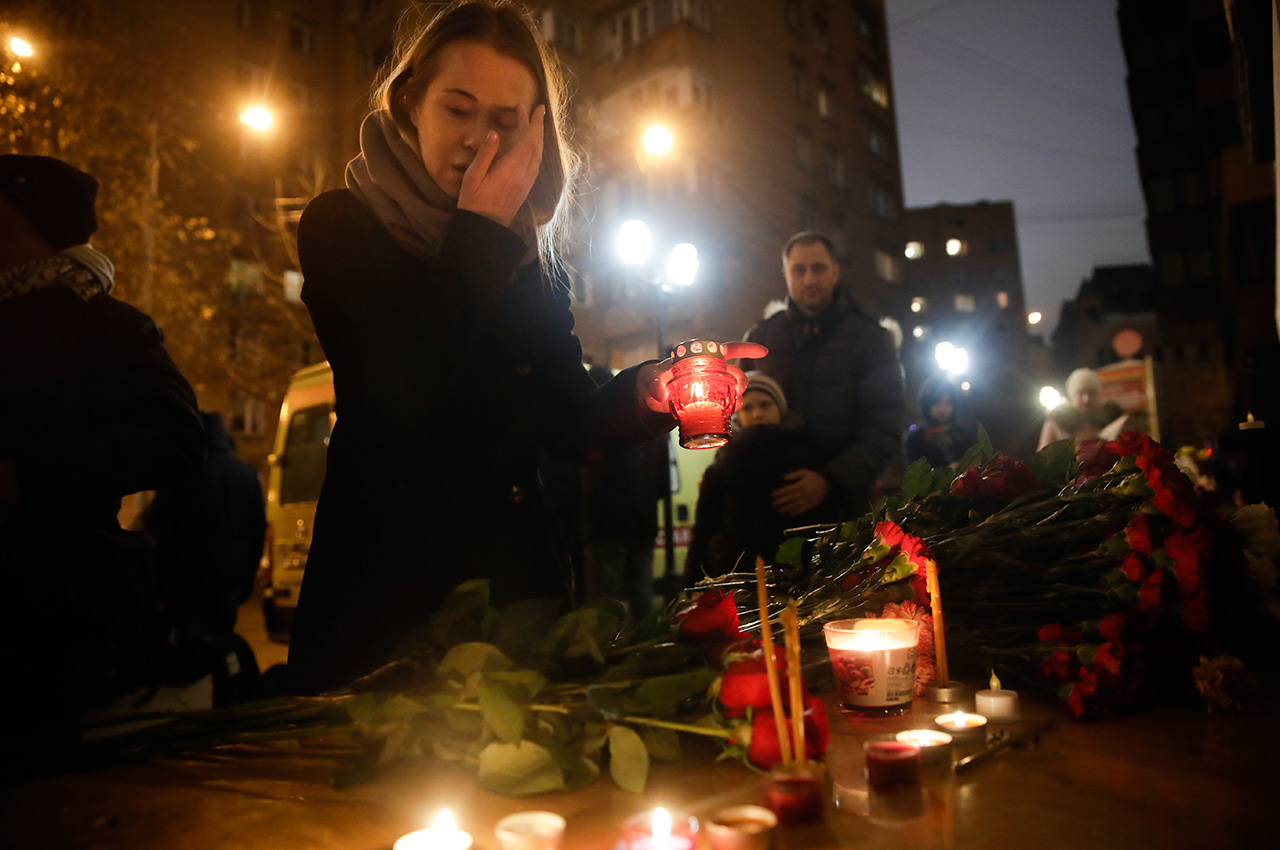 The plane was also carrying members of the famous Alexandrov Ensemble, an official army choir of the Russian Armed Forces. The ensemble was on its way to celebrate the New Year with the group of Russia’s Aerospace Forces at the Hmeymim air base in Syria. The choir’s conductor Valery Khalilov was also among the passengers. / A woman lights a candle at the Alexandrov Ensemble choir's building in Moscow, Russia. 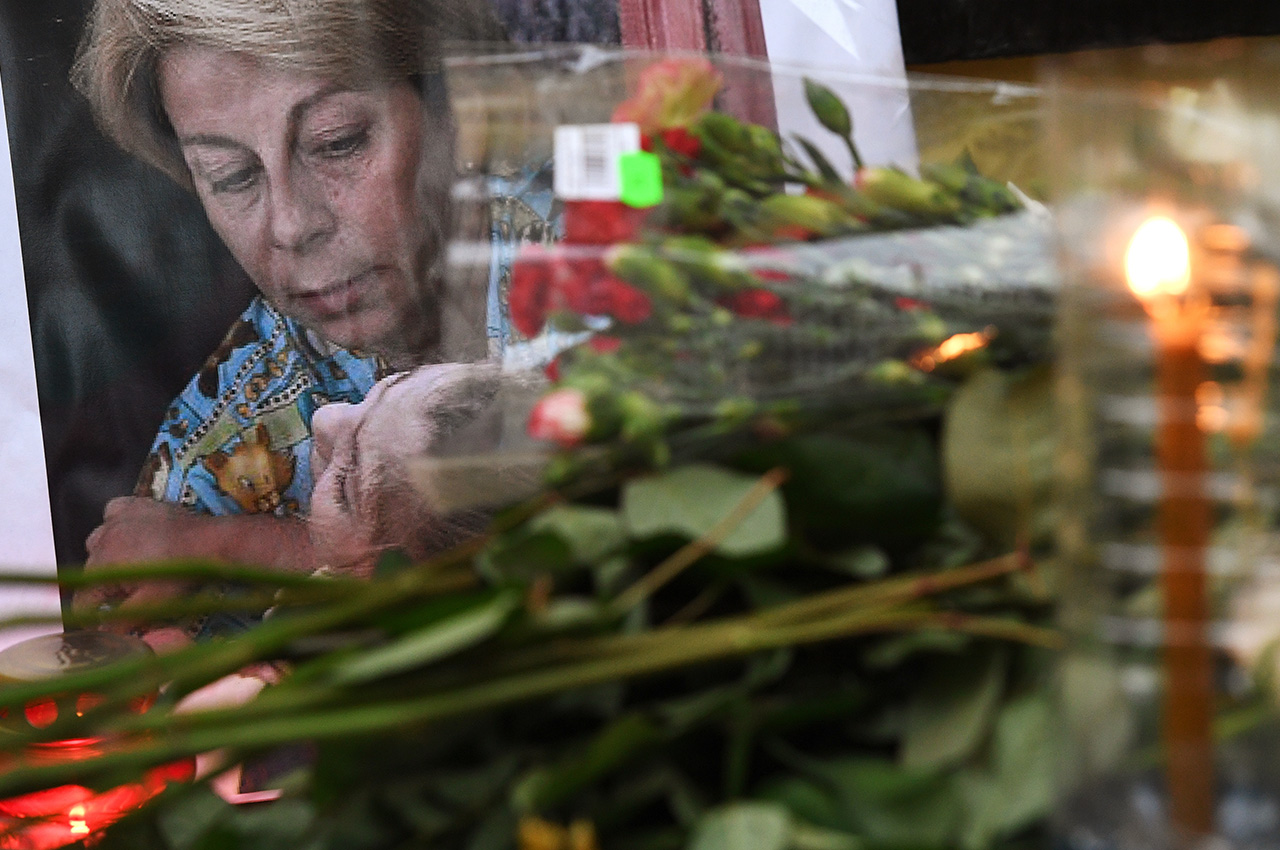 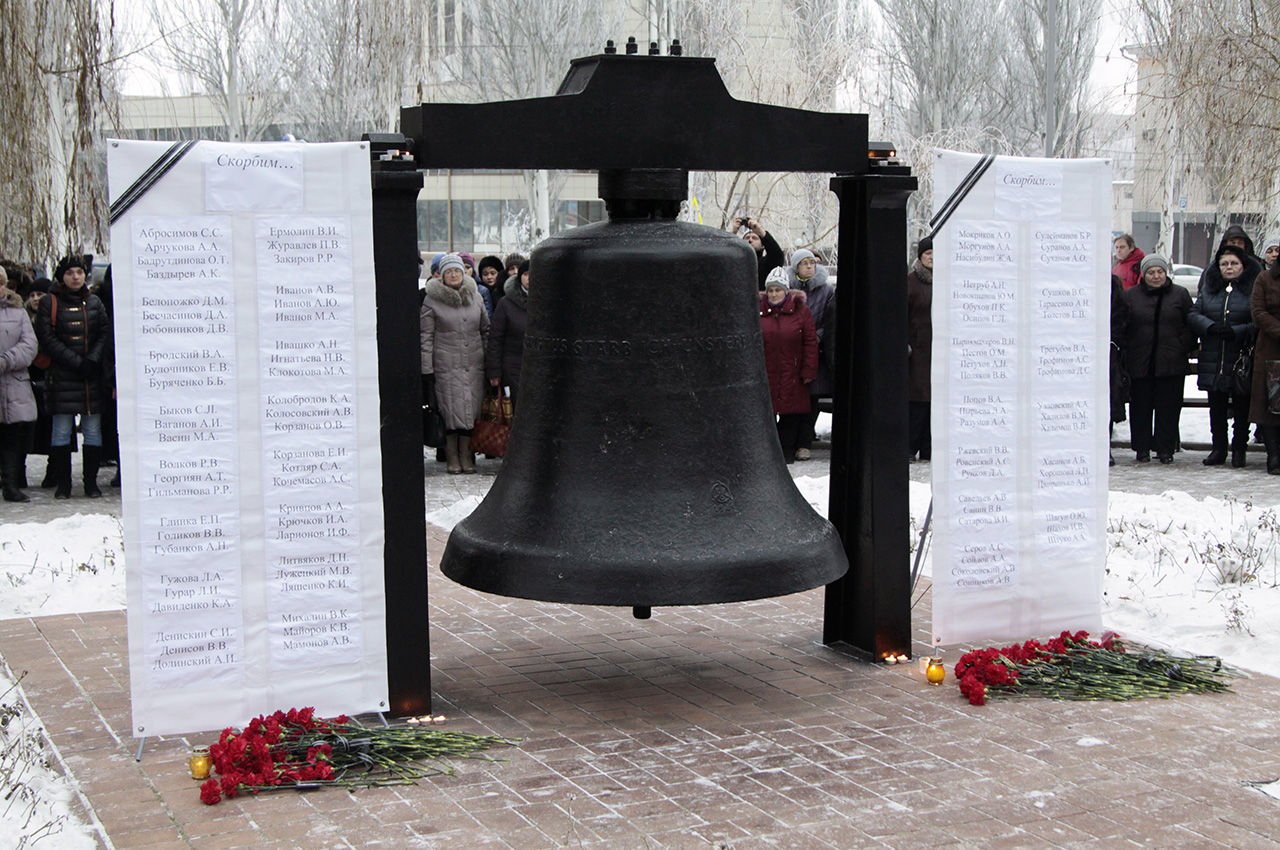 A mourning rally in Donetsk, Ukraine in memory of the passengers of the Russian Defense Ministry's TU-154 air plane. 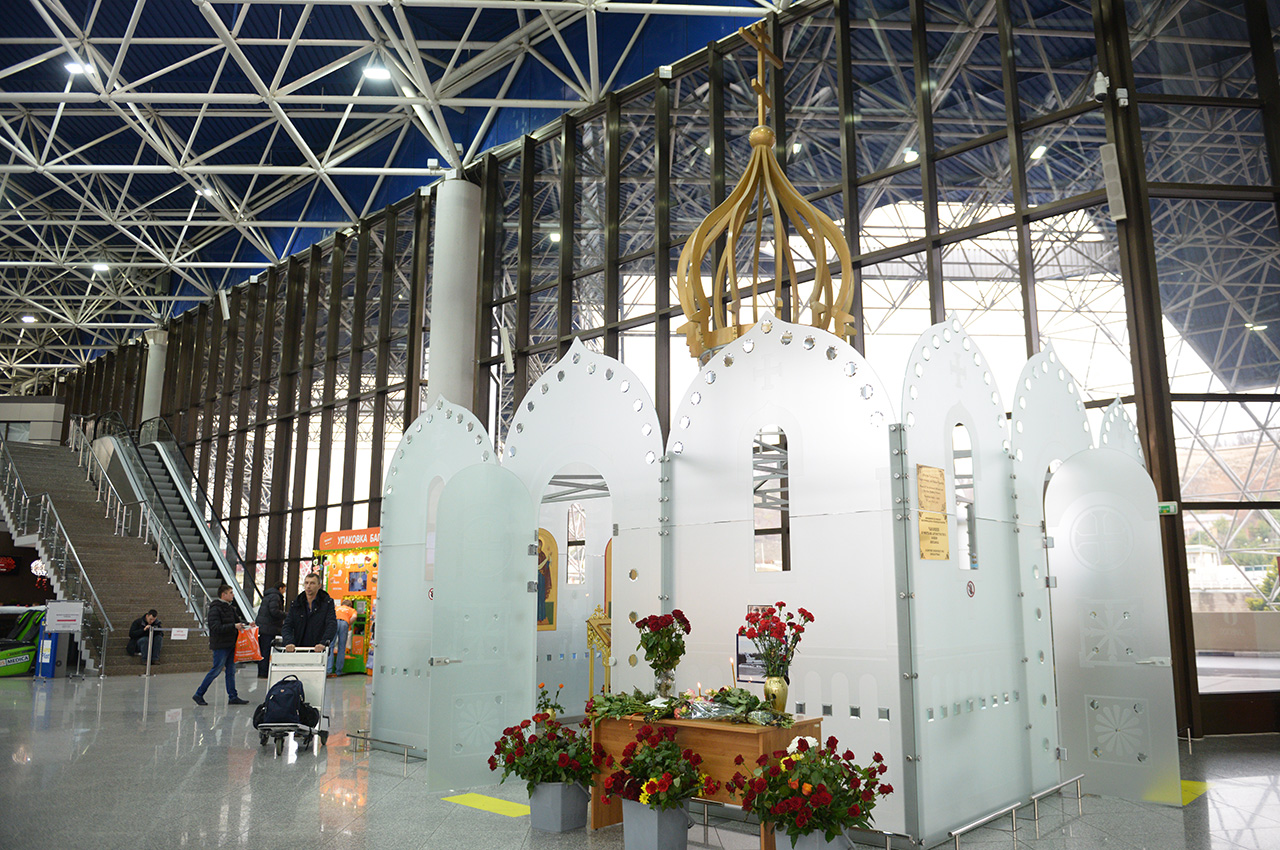 A chapel at Sochi Airport. 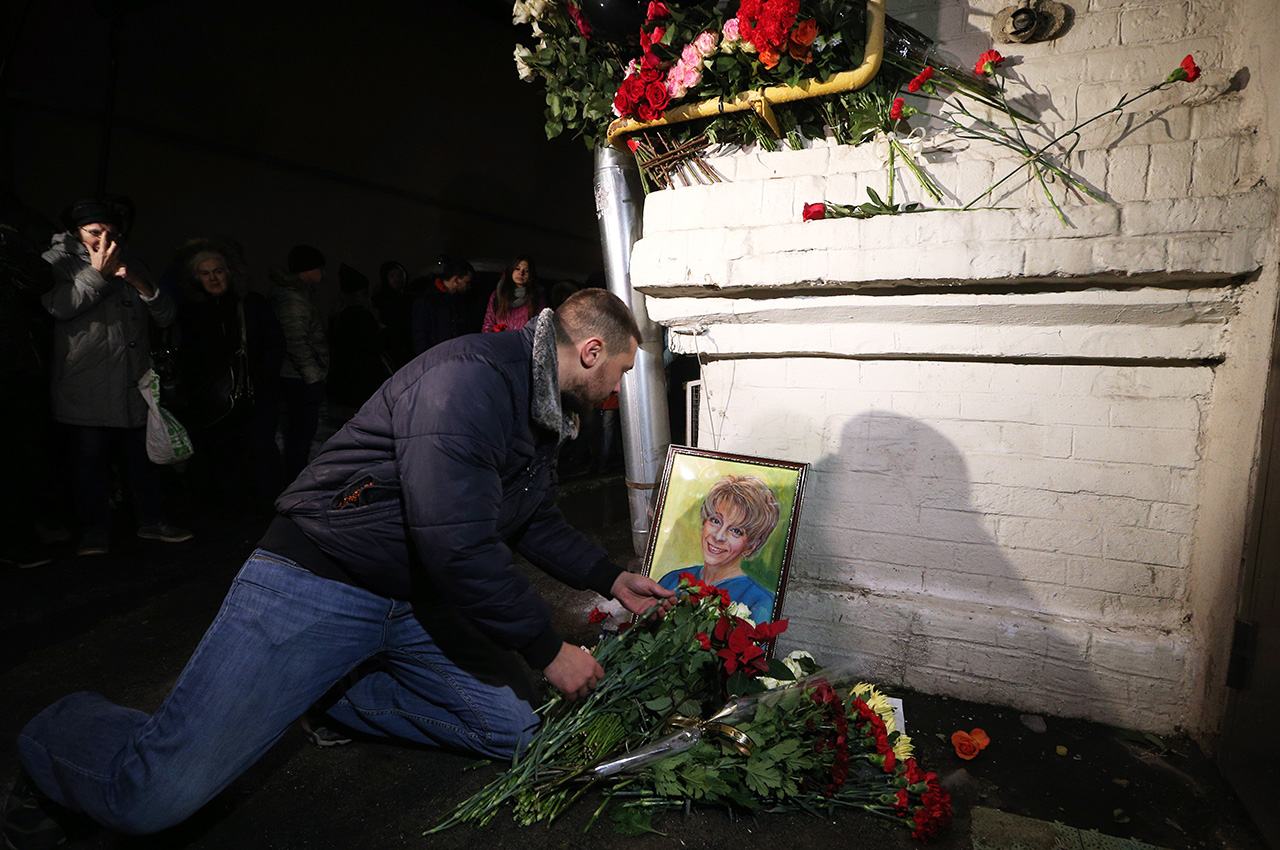 The Russian Defense Ministry’s Tu-154 plane disappeared from radar screens at 05.40 a.m. Moscow time (02.40 a.m. GMT) shortly after taking off from the Black Sea resort of Sochi. There were 92 people on board the aircraft in total, including 8 crew members and 84 passengers. 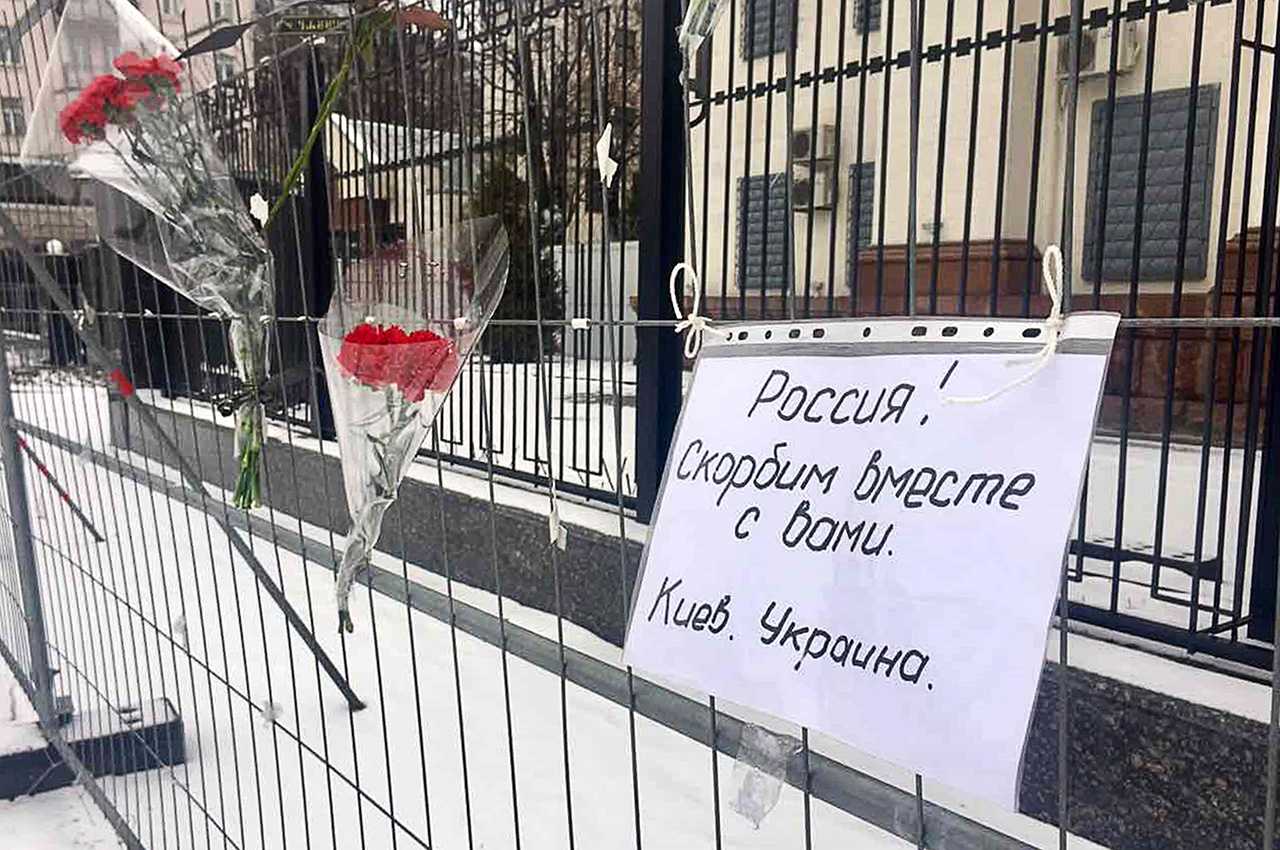 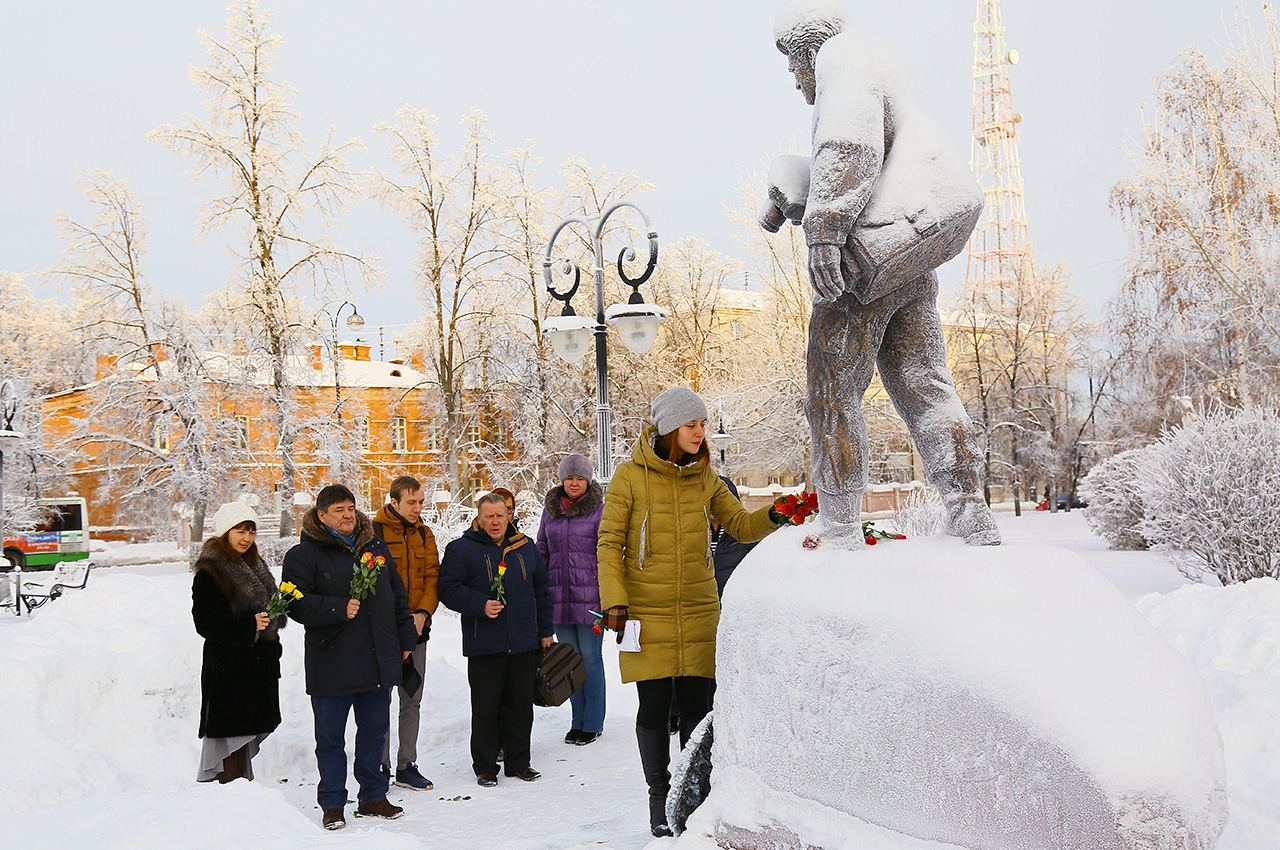 Journalists from the Tyumen region lay flowers at the Life for Truth monument in Tobolsk in memory of their colleagues who died in the Tu-154 crash.