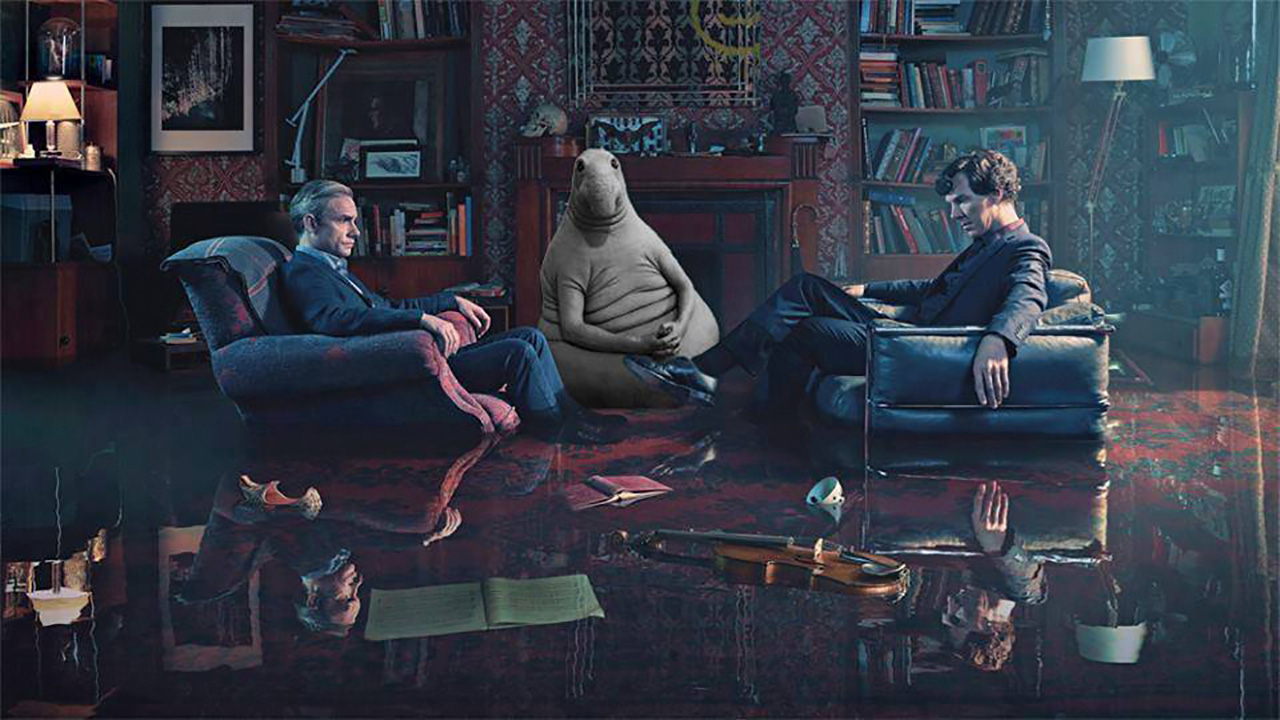 FB Zhdun
The adventures of Zhdun take the Runet by storm.
/ The sculptor’s daughter with Zhdun

“Zhdun” is the name given by Runet users to a new sculpture by the Dutch artist Margriet van Breevoort. The character looks an elephant, a walrus and a giant insect rolled into one, and its absurd appearance lends itself to memes. The word Zhdun in Russian comes from zhdat’ (“to wait”), and literally means “waiter” in a non-catering sense; it sounds very funny in Russian. Photo: The sculptor’s daughter with Zhdun

The actual name of the sculpture is Homunculus Loxodontus. According to its Dutch creator, it symbolizes patients (mostly children) and people who line up patiently to see a doctor or board a flight. Homunculus has now taken up residence in a children’s hospital in the Netherlands, tasked with brightening up the lives of young patients. /“Doctor, what’s wrong with me?” 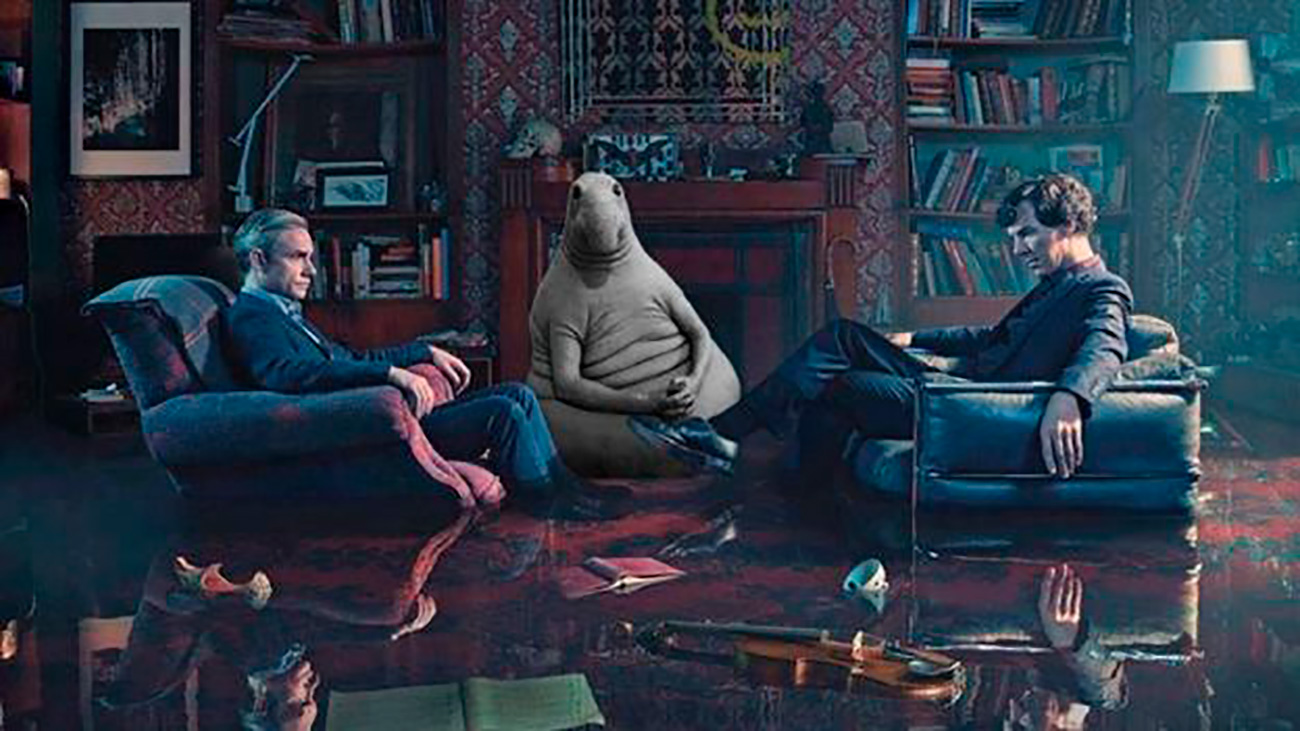 Scene from the BBC series “Sherlock” 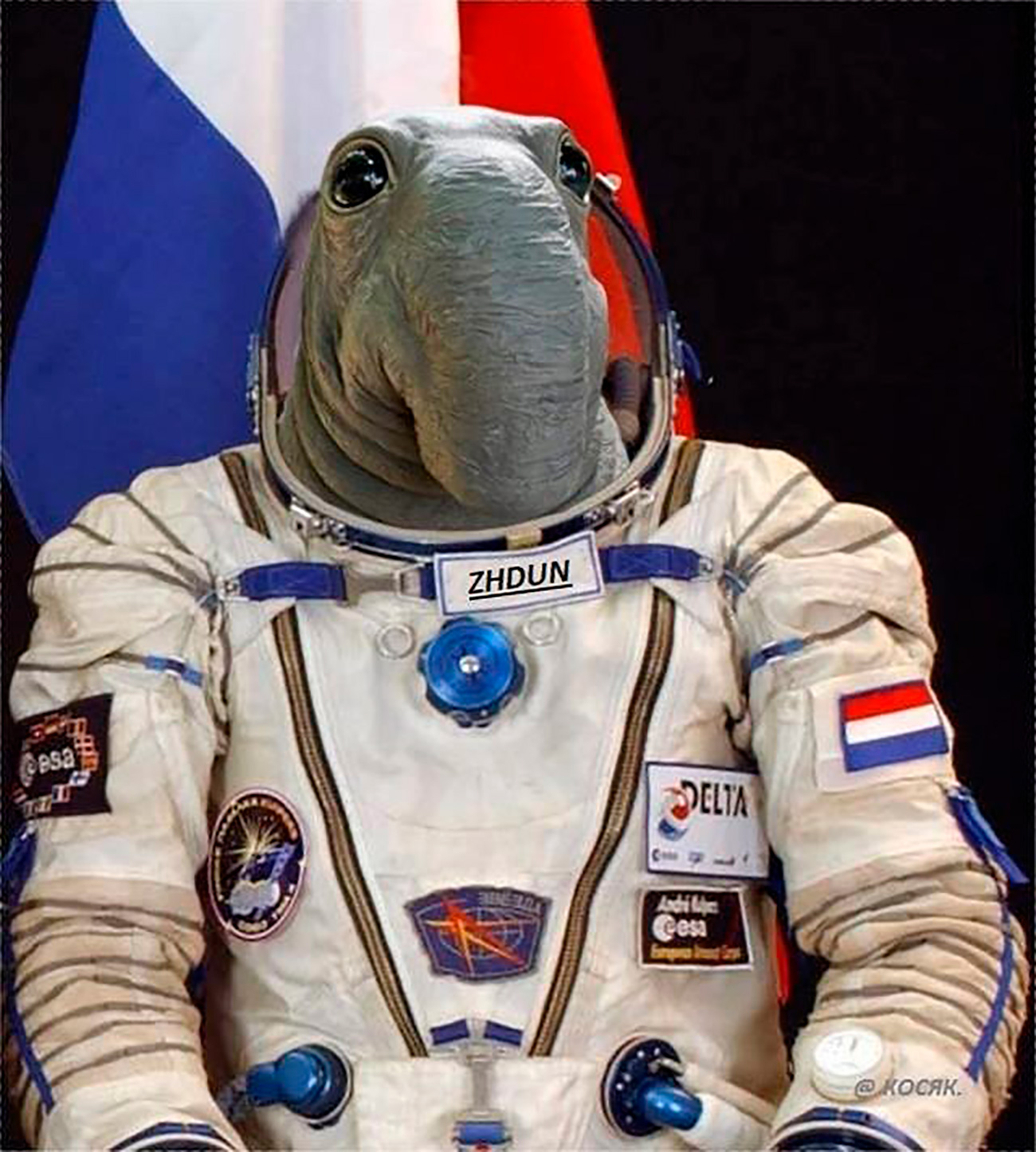 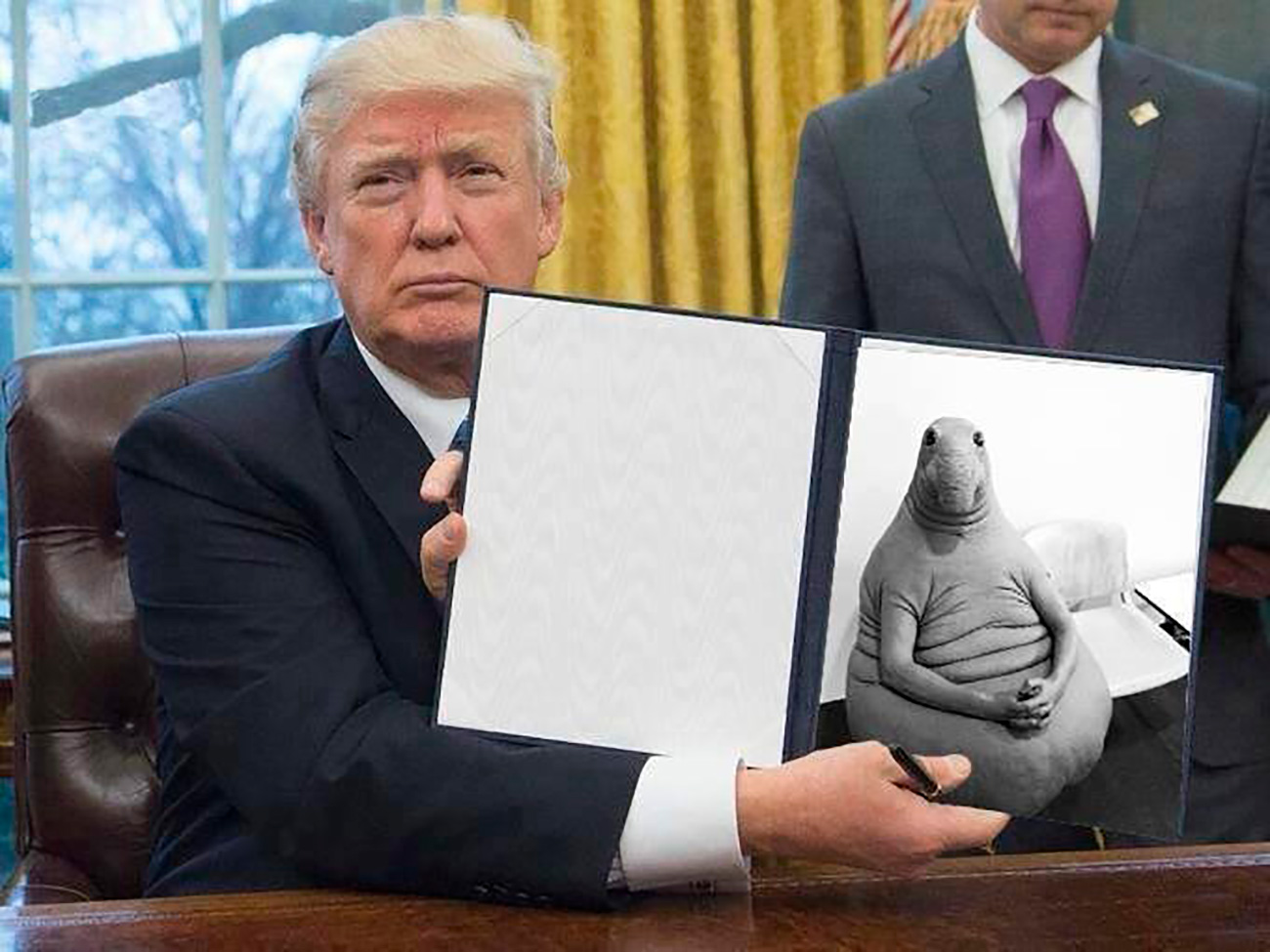 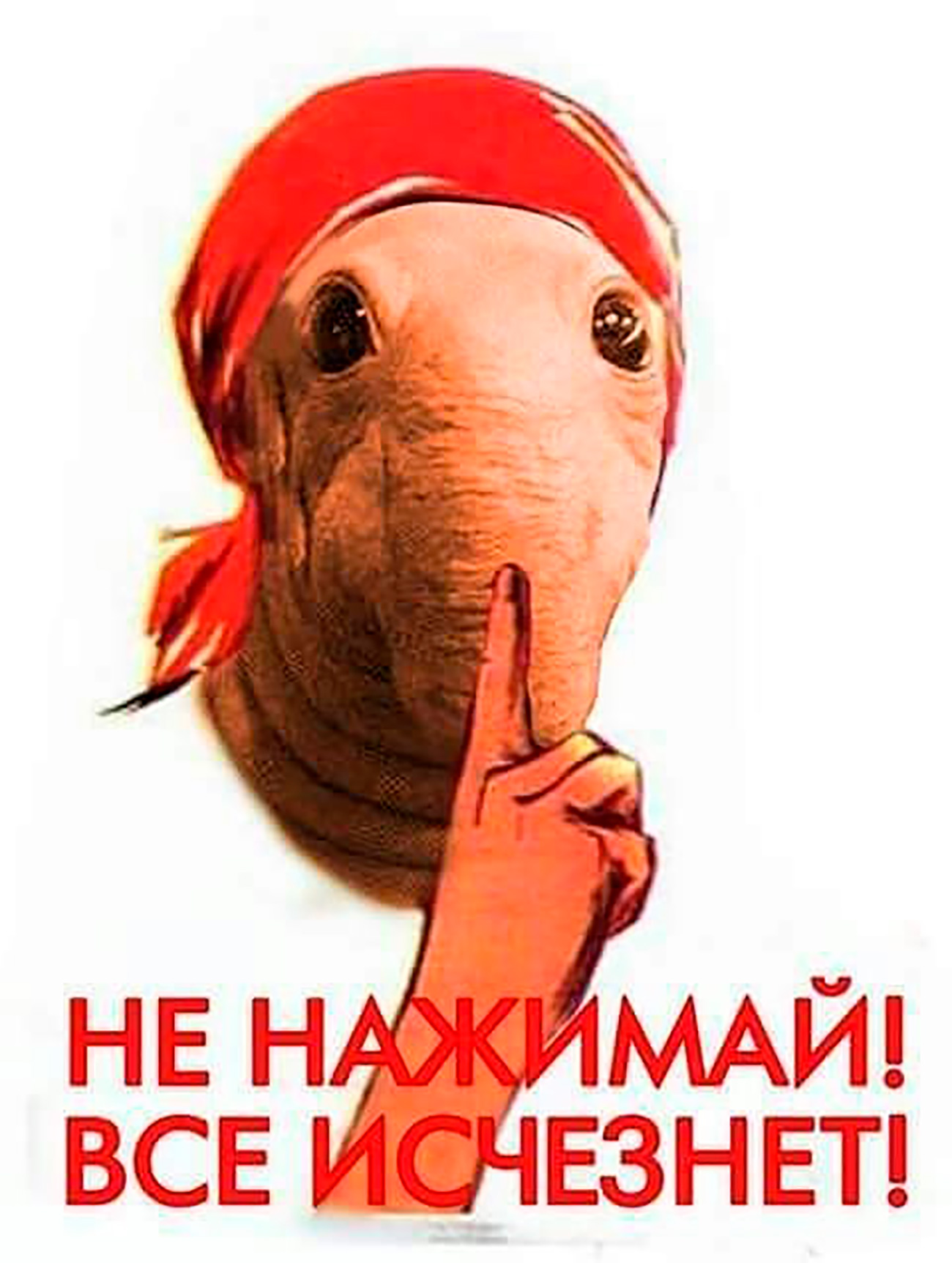 Appearing in the Soviet propaganda poster “No chit-chat!” in the place of the collective farm worker. This poster was made in 1941, when the border areas of the Soviet Union were teeming with spies and saboteurs. In the updated version, however, Zhdun urges caution among computer users: “No clicking. Everything will disappear!” 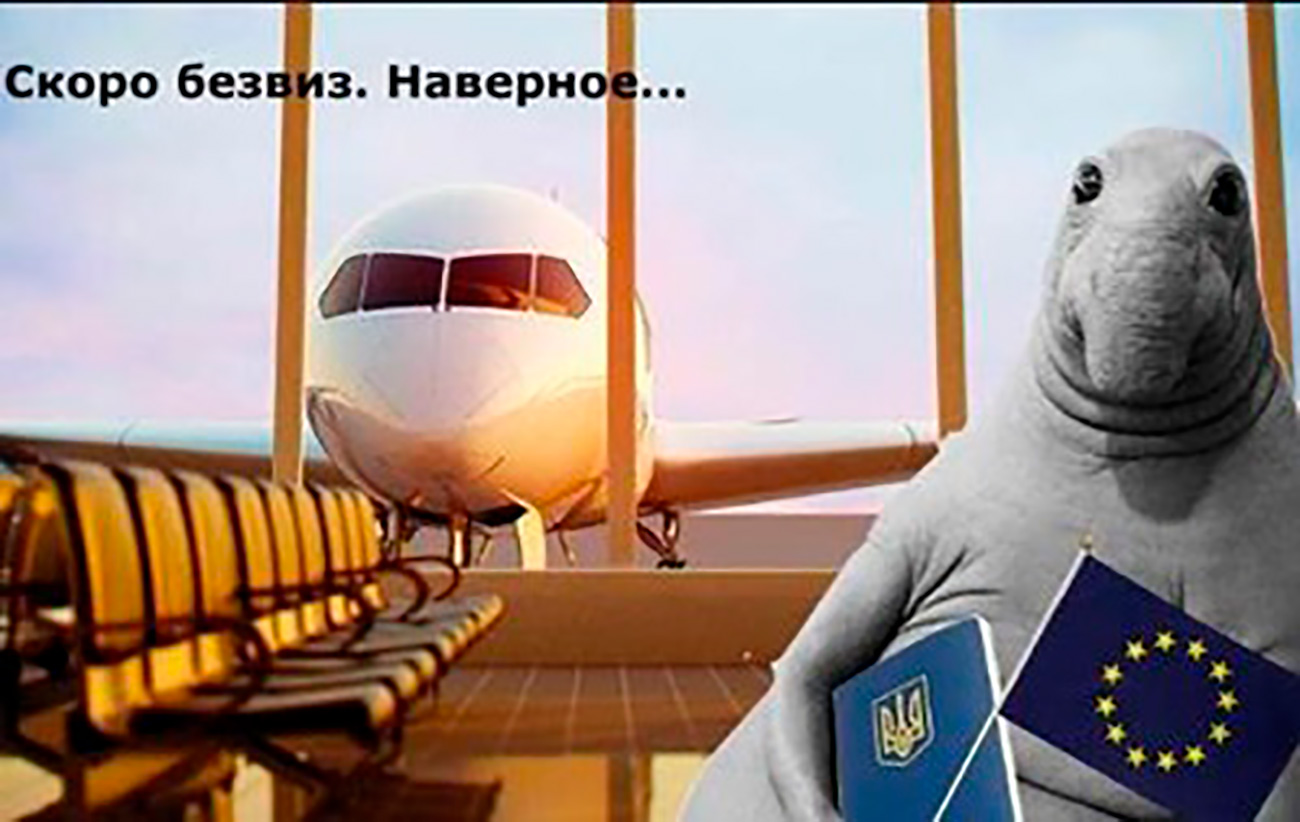 “No more visas soon?” ponders Zhdun with a Ukrainian passport and an EU flag at the airport.

Zhdun was even there to support President Vladimir Putin when in August 2016 live on air he had to wait all of one-and-a-half minutes for Turkish leader Recep Tayyip Erdogan. This meeting was the first since the temperature drop between the two countries. 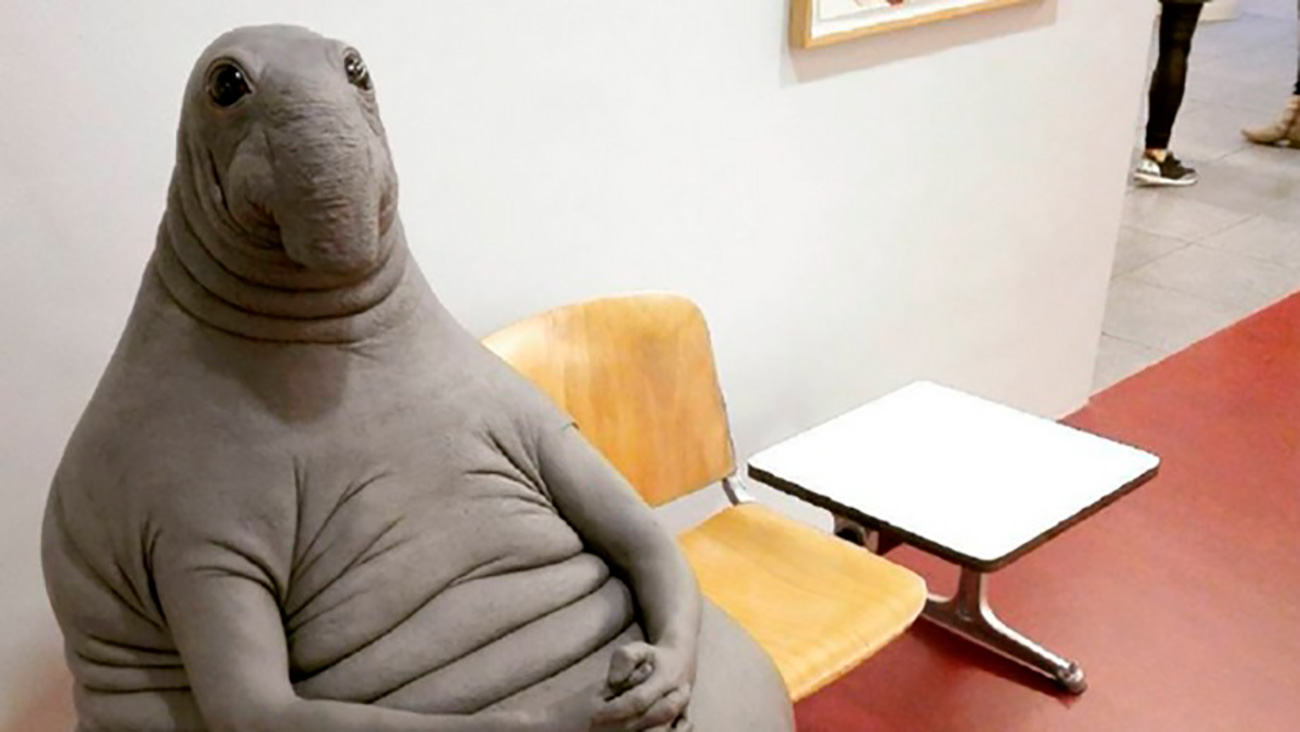