It’s a dog’s right to life 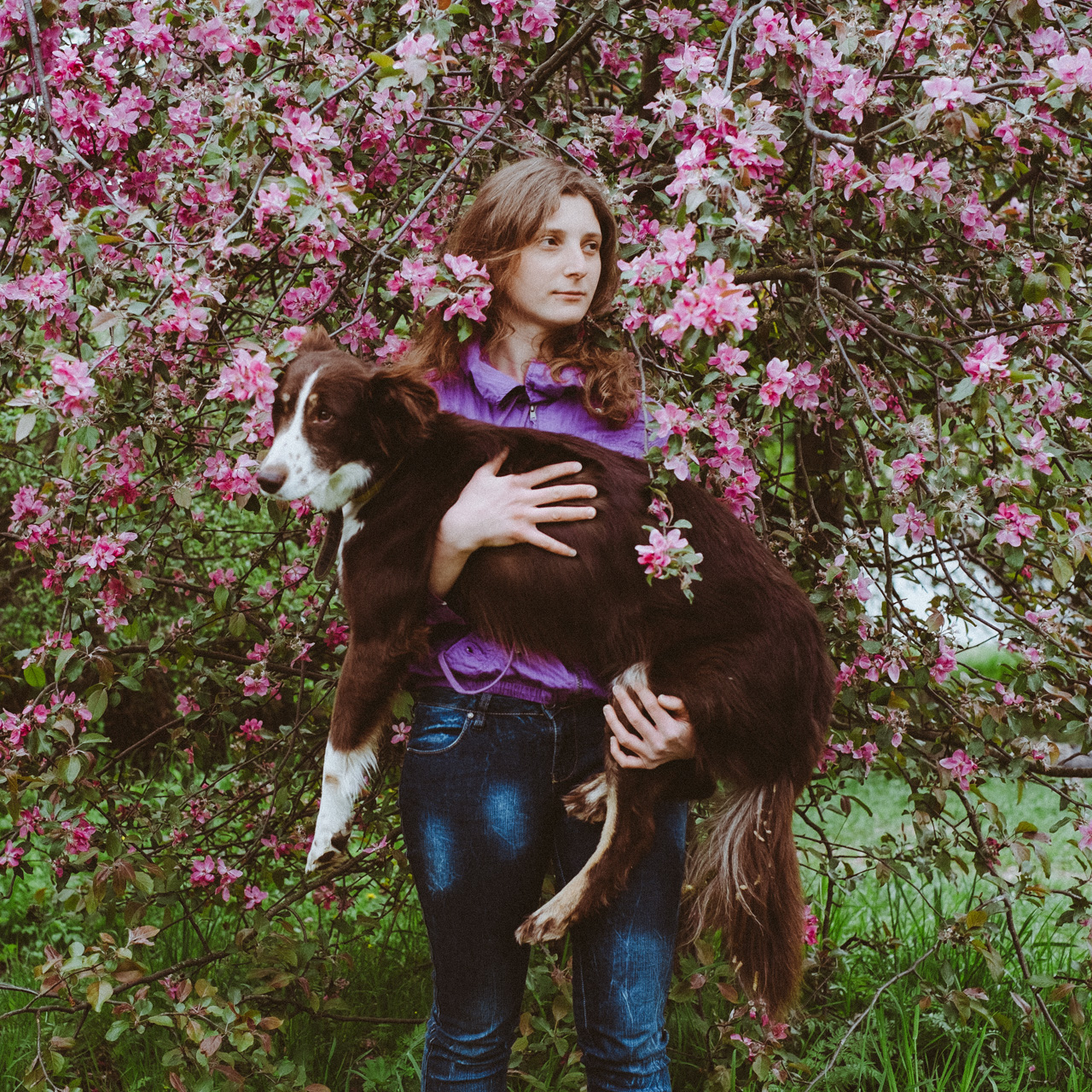 Maria Ionova-Gribina
Dogs get sick, have accidents and lose paws, but that’s no reason for them to be put down. We present five stories of how disabled dogs can lead a happy existence. 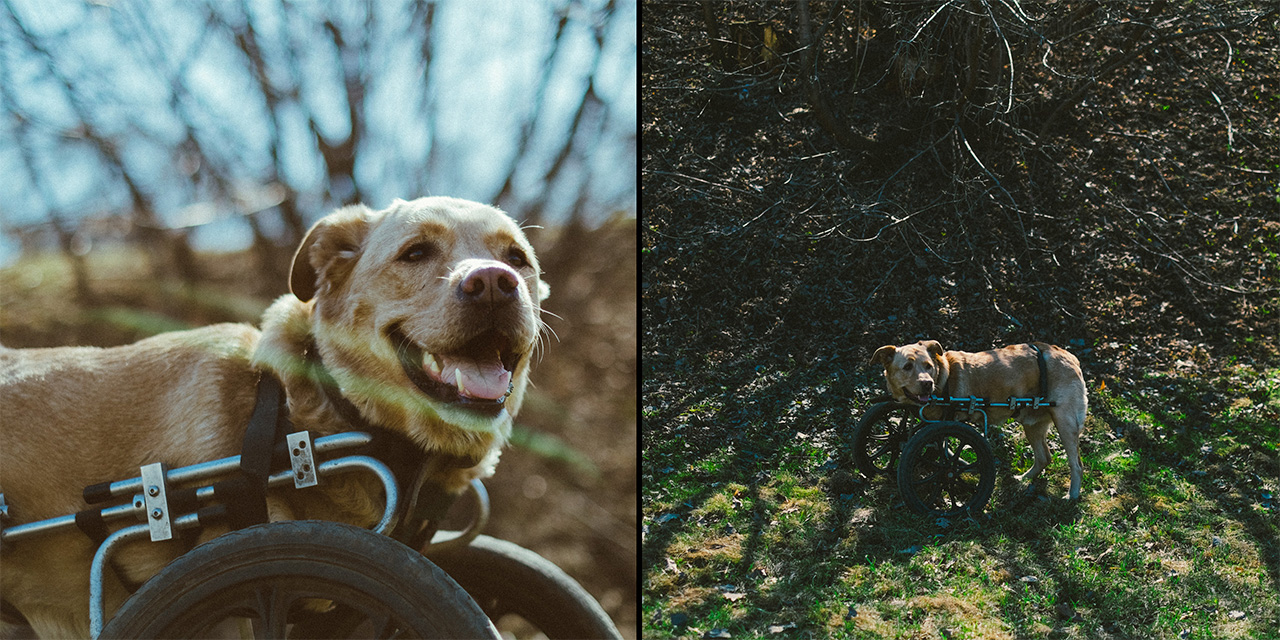 We took Arbat from a shelter in 2011. We already had a dog and didn't really need another one. But his story caught my eye. Arbat used to be a domestic pet, but one day his paws got stuck in a railroad switch, and his former owners just left him there on the track. When I read about it, I cried for two days and then said to my husband: “Let’s take him.” My husband immediately agreed.

We decided to adopt Arbat as soon as we met—he’s so bubbly, impossible not to love. But we had quite an ordeal at the shelter. They asked me and my husband so many questions and we had to go for “test walks” to see if we could cope physically. Arbat is a big dog, and I’m not overly petite myself. We had to make provisions for the fact that we live on the fourth floor without an elevator.

Arbat's stroller cost $500, but the people at the shelter helped us out. They raised money and wrote a letter to Eddie’s Wheels, a US company that makes buggies for dogs. They were so taken by Arbat’s story that they gave us a 50% discount. They also helped with the delivery. One time, a squirrel came running across the road to take a peek at Arbat. He went hurtling after it at such speed I could barely keep up. He’s like a police car when he gets going. 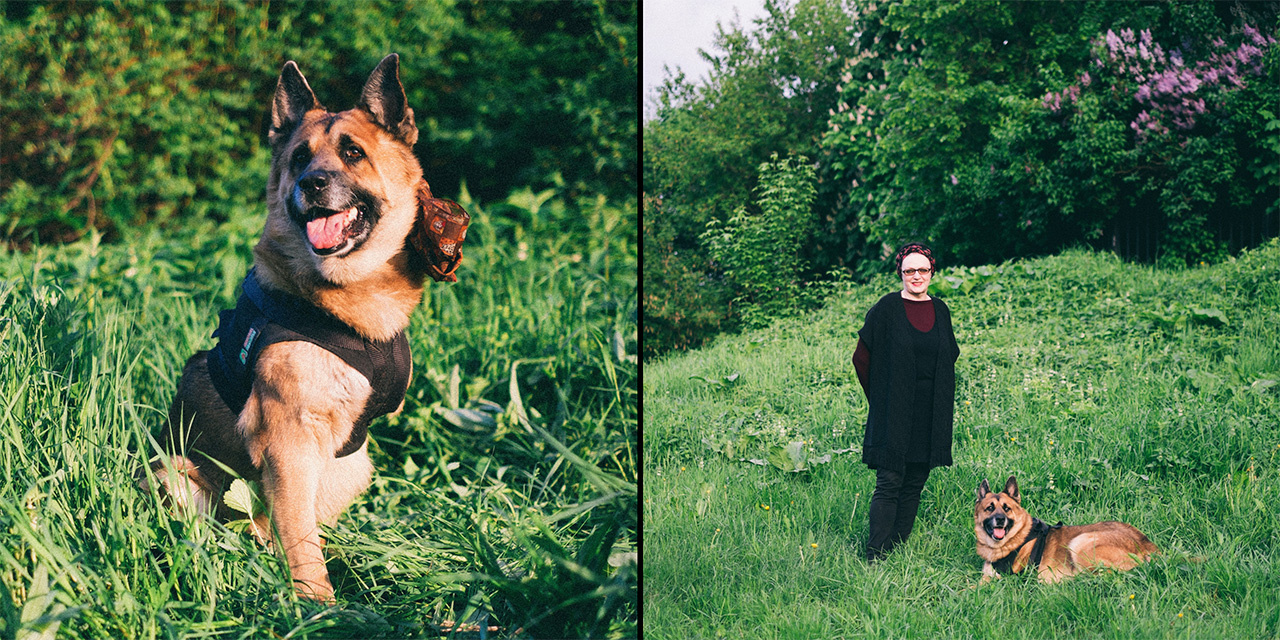 As a puppy Gosha lived in a parking lot. When he was ten months old, some idiot fired a pneumatic weapon at him. The bullet hit him in the shoulder-blade. The pain and shock made him dart into the road and he was struck by a car. He lay there on the road until a girl found him and took him to a clinic. His paw needed amputating.

We’d had a family dog before, but she died. It was so agonizing, I decided not to have any more dogs. But then one night I dreamed that I would find a three-pawed dog. And the very next day I opened a newspaper and saw Gosha’s picture with an appeal for help. We immediately went and picked him up. He’s a wonderful dog, not bitter at all, very good-natured.

When Gosha was young, he didn’t even notice he was missing a paw and happily jumped over fences. Only when he was getting on for nine did he need a support harness around his chest. He was pretty plump, too. He's always eager to go for a walk. On the way back when he's tired, I pick him up by the handle and carry him home. Sure, he’s heavy. It does my back in. But that’s not important. What matters is that he’s here. 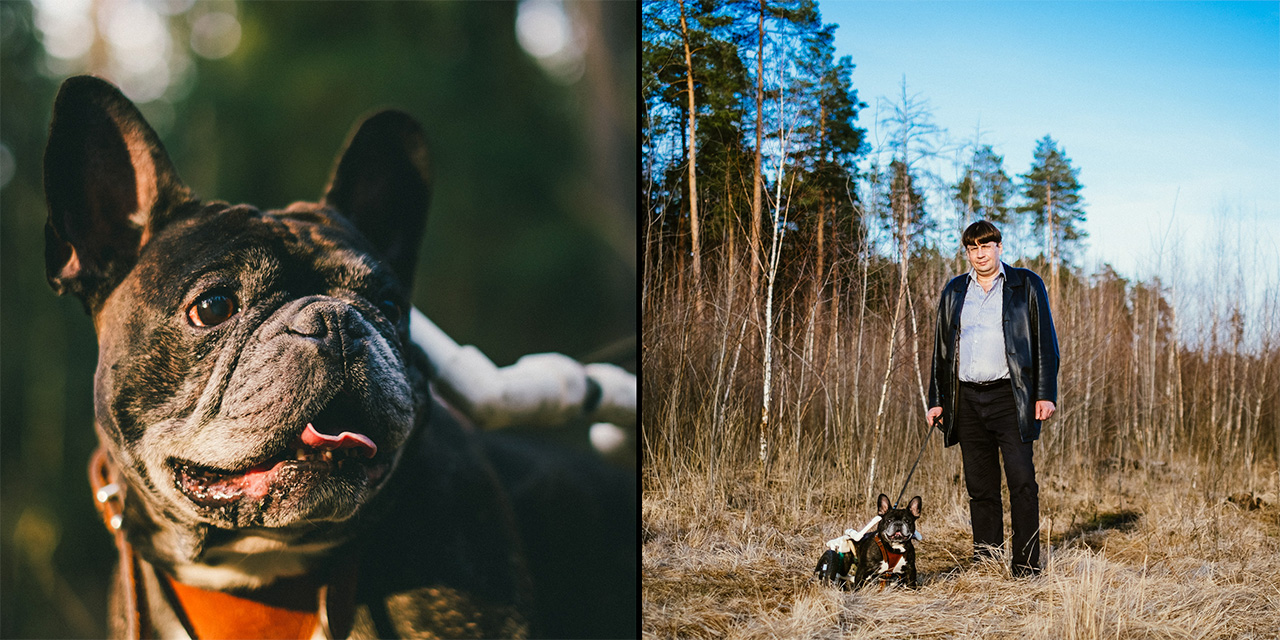 We made a buggy ourselves, it’s not difficult. We welded together some polyethylene pipes used for heating, plus two wheels from a children’s pram. I found some instructions online. Max suffered a herniated disc at the age of six, and his hind legs stopped working. That was two years ago. But we don’t take him for walks in the wheelchair too often, only when there’s far to go or it's muddy and slushy outside. Normally we use a harness or a walking frame, otherwise he totally forgets about his hind legs.

Other dogs react to Max like a bicycle. They run after him and don’t understand why he’s on wheels and try to bite them. But our Max is a feisty character and gives as good as he gets. His wheels don’t stop him having scraps. He sometimes chases after cats, but we try to pull him back because his wheelchair might tip over and he could hurt his back. 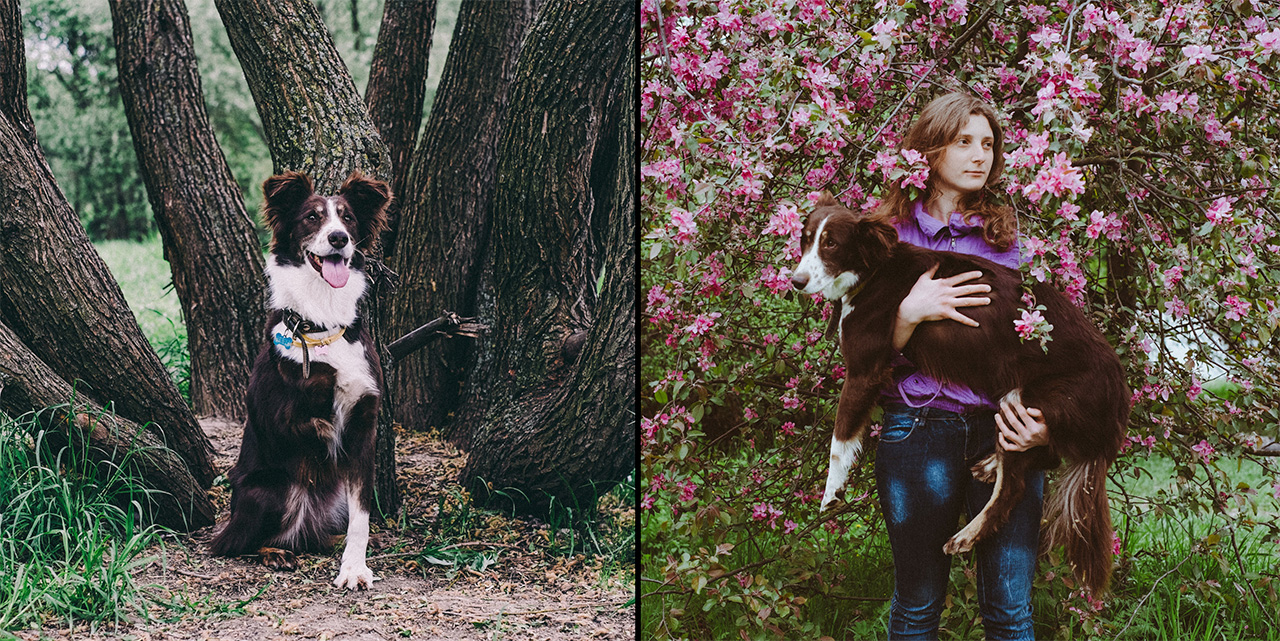 We wanted to get a dog. Instead of a buying a pedigree, we preferred one from a shelter or the street. We weren’t put off by Verba’s three paws. There was a video on the website showing her running around and playing with other dogs. It was clear that her missing paw wasn’t a problem for her or the other dogs.

Two years ago we decided to train Verba as a canine therapist, i.e. a dog that visits orphanages, hospices and nursing homes. It was a very natural decision. On walks people often noticed Verba, stroked her and asked about what had happened. She got on really well with people.

Now we take Verba twice a month to a children’s library, where children read books to her aloud. And from time to time we go to a center for adoptive families, where events are arranged for dogs and their owners with all kinds of activities. After one year as a canine therapist she was reassessed. Verba came top of her class!

Children react much better to Verba than adults do. They don’t see her missing paw as anything unusual. Yes, we explain that Verba had an accident, but they take it very calmly, very naturally. After all, it really is natural for living things to suffer. But adults see it differently. They usually show sympathy, but sometimes overdo it. I think Verba would be surprised if she knew how much pity she evokes.

I wanted a disabled dog, because I love looking after dogs, taking them for walks, etc. I work one in four days and have a private house by the river with lots of open space. We go for walks three or four hours a day.

Dana came from a shelter. I saw her and said to myself, that's my dog. I went to the shelter three times and learned how to take care of her. Her spinal cord is severed, so she'll never walk. At the shelter they don’t just hand dogs out, first they check to see if you’re going to be a good owner.

Bulat lived in a village and was homeless, but people fed him. He belonged to everyone. One day he fell asleep in a field and a combine harvester chopped off his hind paws. He was terrified and limped off. For about two months no one saw him. Everyone thought he'd died from loss of blood, but then he suddenly reappeared. His paws had already skinned over. They wanted to put him down, but decided not to. Everyone felt terribly sorry for him after what he’d been through. So he lived for six months on a chain in a kennel until some volunteers found out about him and tried to find him a home.

Everyone in the district already knows me and the dogs by name. I take them for walks together at the same time. It was scary at first, but I got used to it. If Bulat runs into Danochka [Dana] in his buggy, I say: “Stop, careful!” They get the message and keep their distance.