Che Guevara and La Gioconda through the lens of Viktor Akhlomov 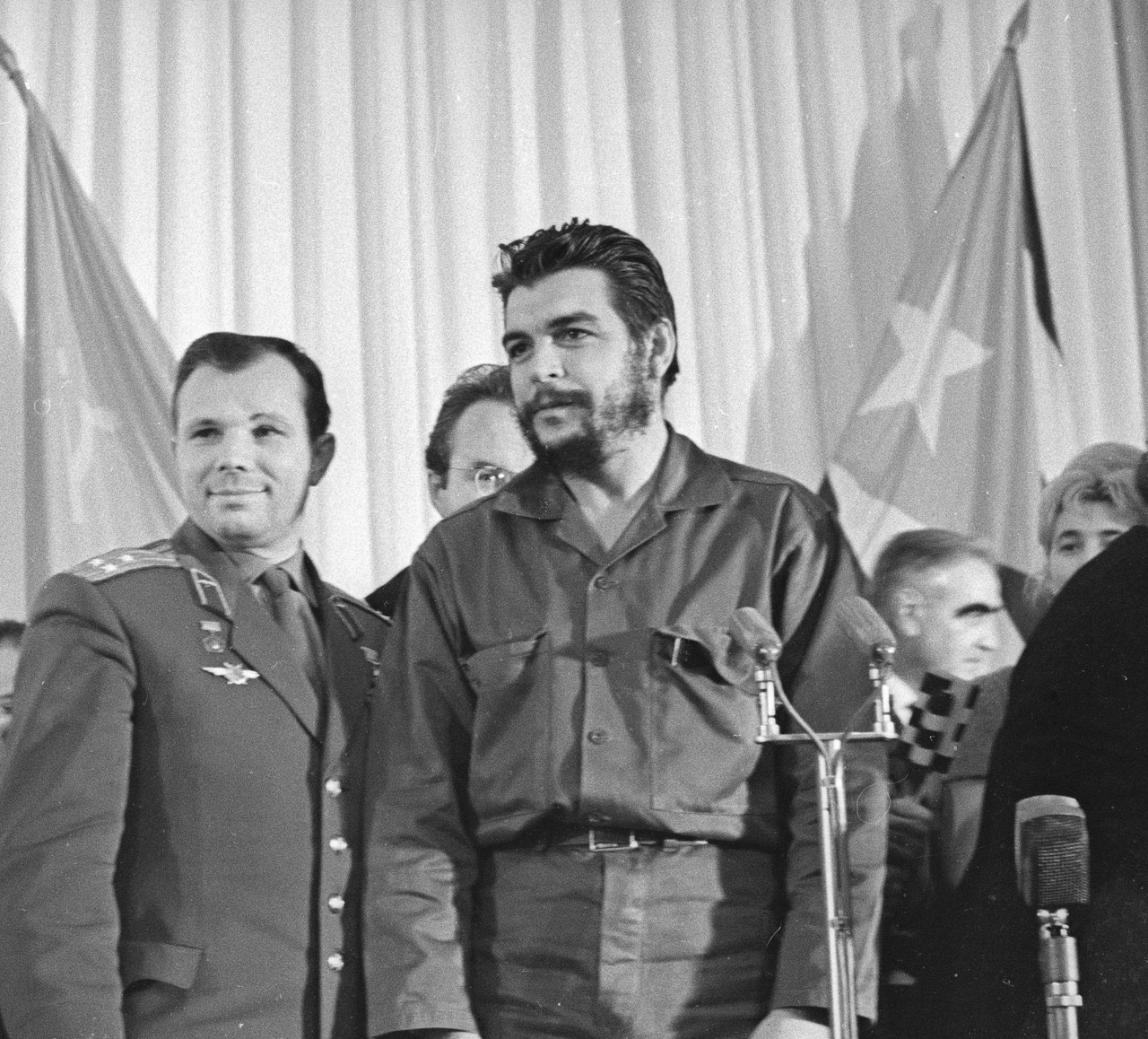 Yuri Gagarin and Ernesto Che Guevara, November 11, 1964. Fortuitously, a Sunday supplement to the paper called Nedelya (“Week”) had just come out, which soon became one of the most popular publications in the country.

Victor Akhlomov/Izvestia archive
On April 15, the world mourned the death of Viktor Akhlomov, one of the finest photographers of the latter half of the 20th century and World Press Photo winner, who captured Soviet stars and the life of a country that no longer exists. 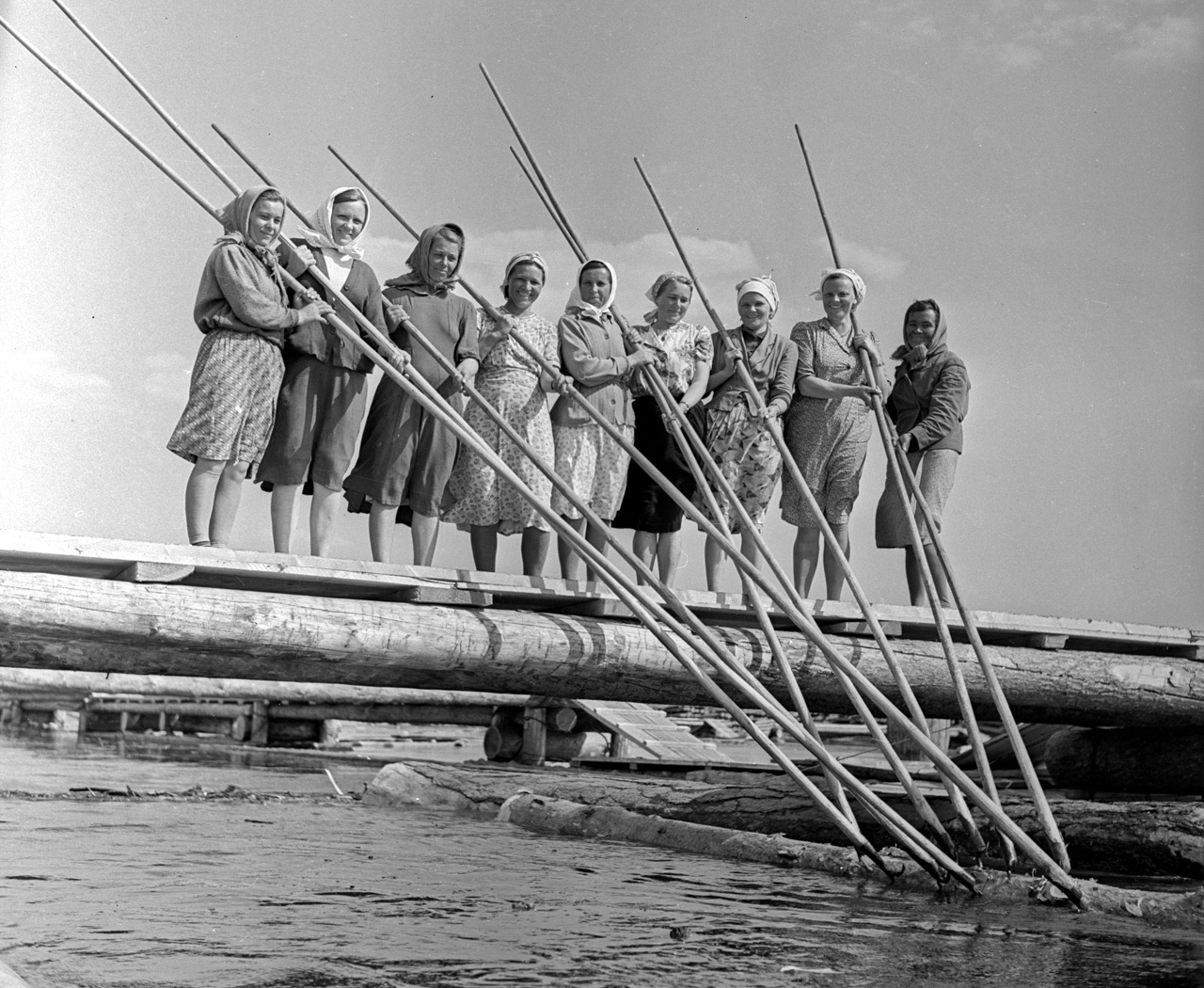 Female workers of the Kondinsky logging enterprise. Tyumen. 1964. The era of the pre-war generation, those born in the 1930s, is said to be fading. In this context, the recent departure of Viktor Akhlomov, a true great of photojournalism and one of the best photographers of the Soviet and post-Soviet period, is a melancholy reminder. 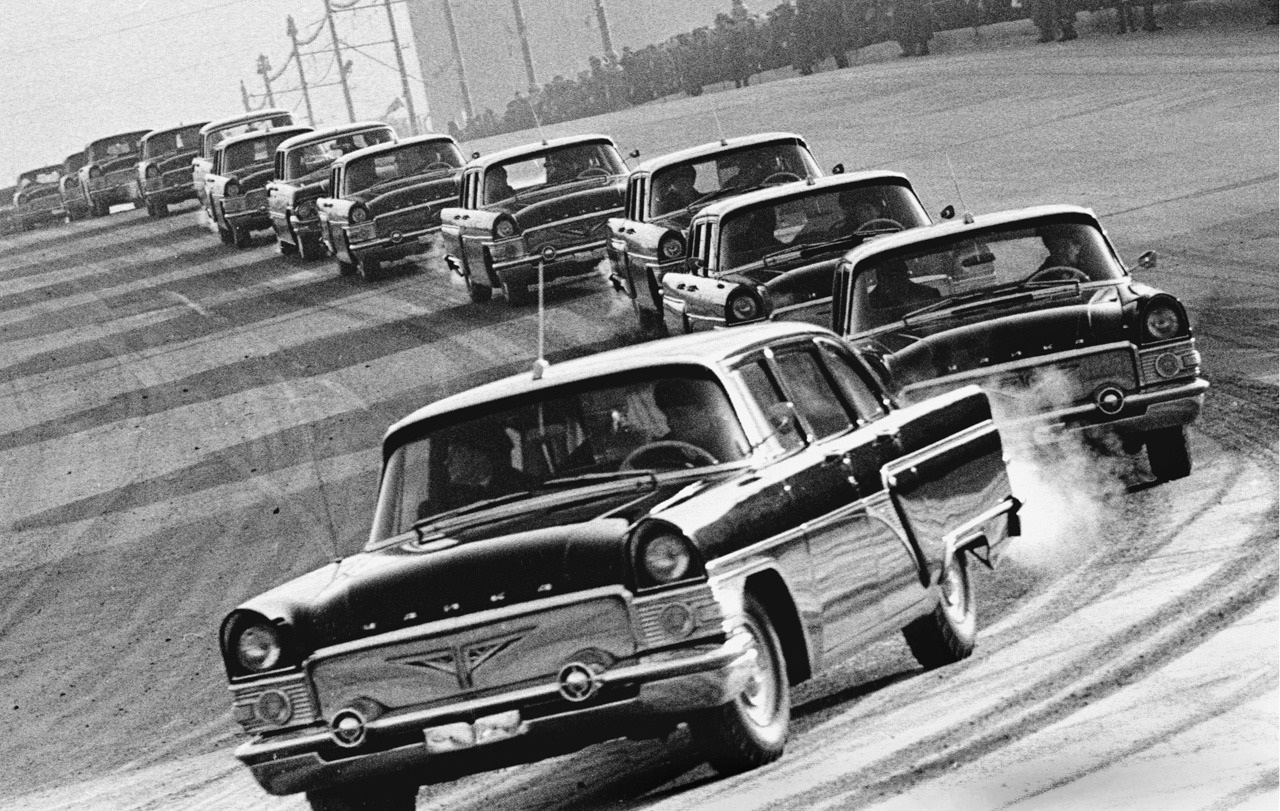 “Seagulls of our youth.” Moscow. 1970. (A government motorcade enters the Kremlin) His archive is a treasure trove of Soviet life in all its manifestations: official images of Khrushchev, Gagarin and the letters “USSR” glistening on apartment blocks built in the form of open books on New Arbat appear alongside Bohemian portraits of Vladimir Vysotsky, Bella Akhmadullina and Marlene Dietrich, and intimate shots of loving couples on a park bench and an unclothed beauty against the backdrop of a typical Soviet interior. 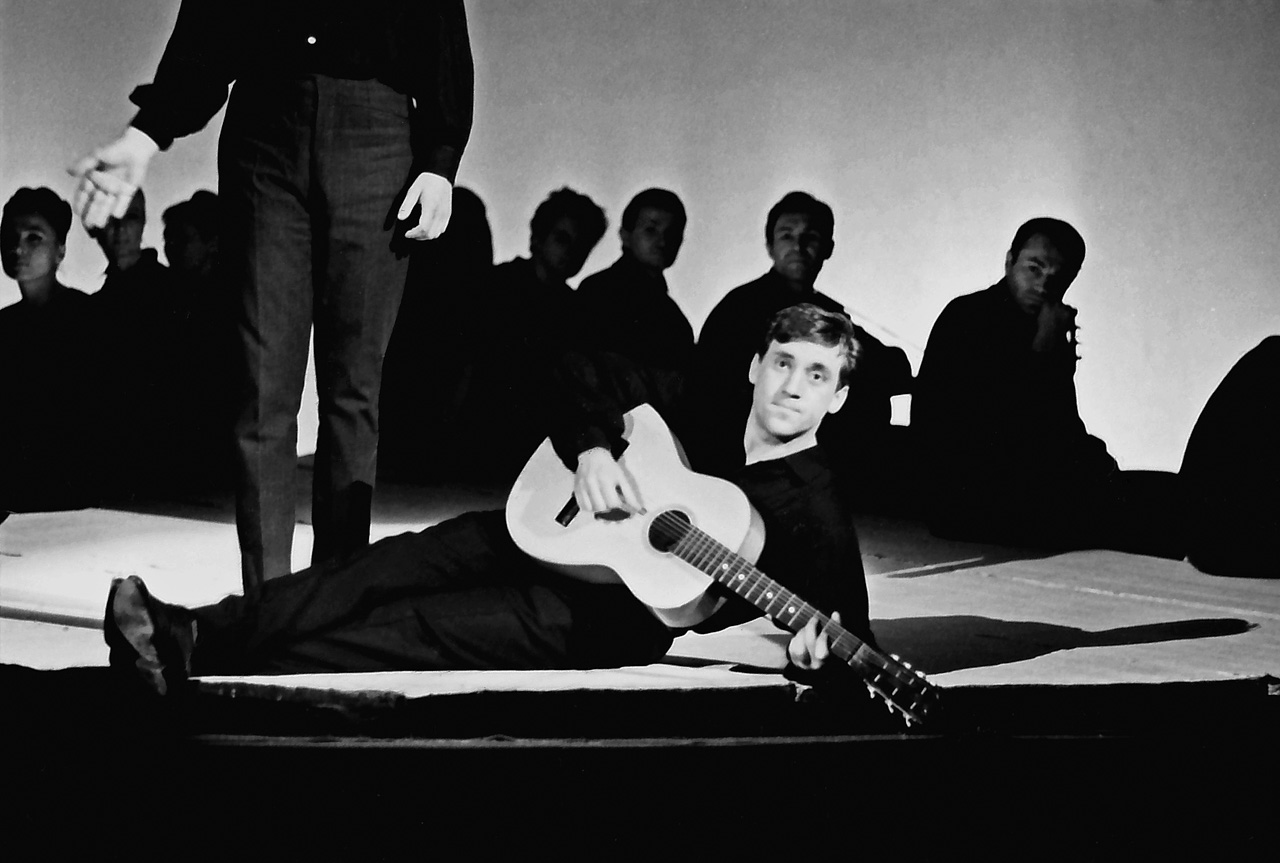 Vladimir Vysotsky. Scene from the play “Anti-worlds.” Taganka Theater, Moscow. 1966. His more than half-century long artistic career is associated with one publication—the newspaper Izvestia (the Kremlin’s official mouthpiece in Soviet times; independent since 1991). 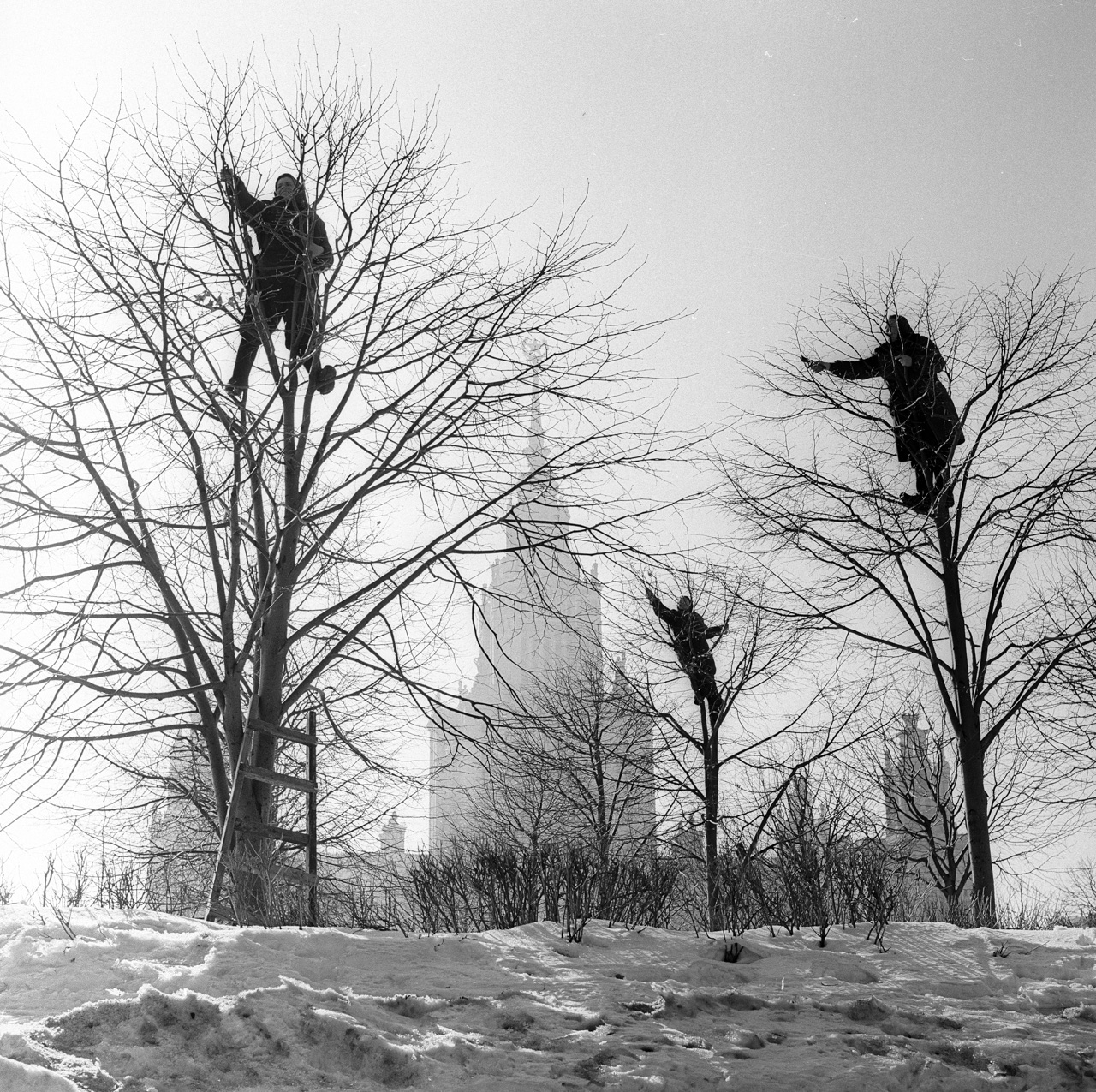 “The Rooks Have Arrived.” Spring in the park of Moscow State University, 1960 (courageous Soviet women cut trees on Lenin Hills) In 1960, Akhlomov took part in an exhibition of young photographers at the Moscow Central House of Journalists. 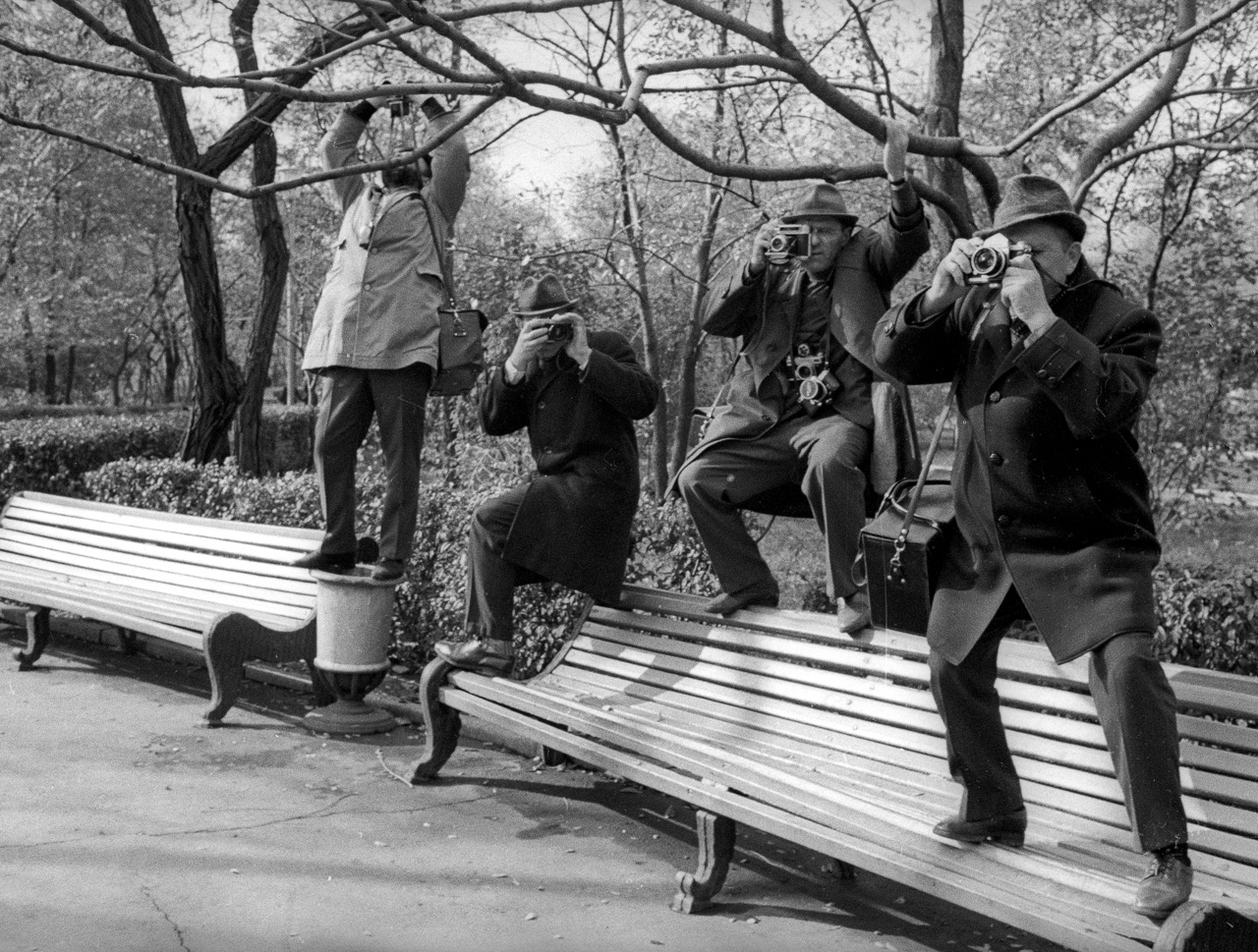 “Cellmates” (Photographers)  His photographs were noted by Izvestia editor-in-chief Alexei Adzhubey, another legend of Soviet journalism and the brother-in-law of Nikita Khrushchev. 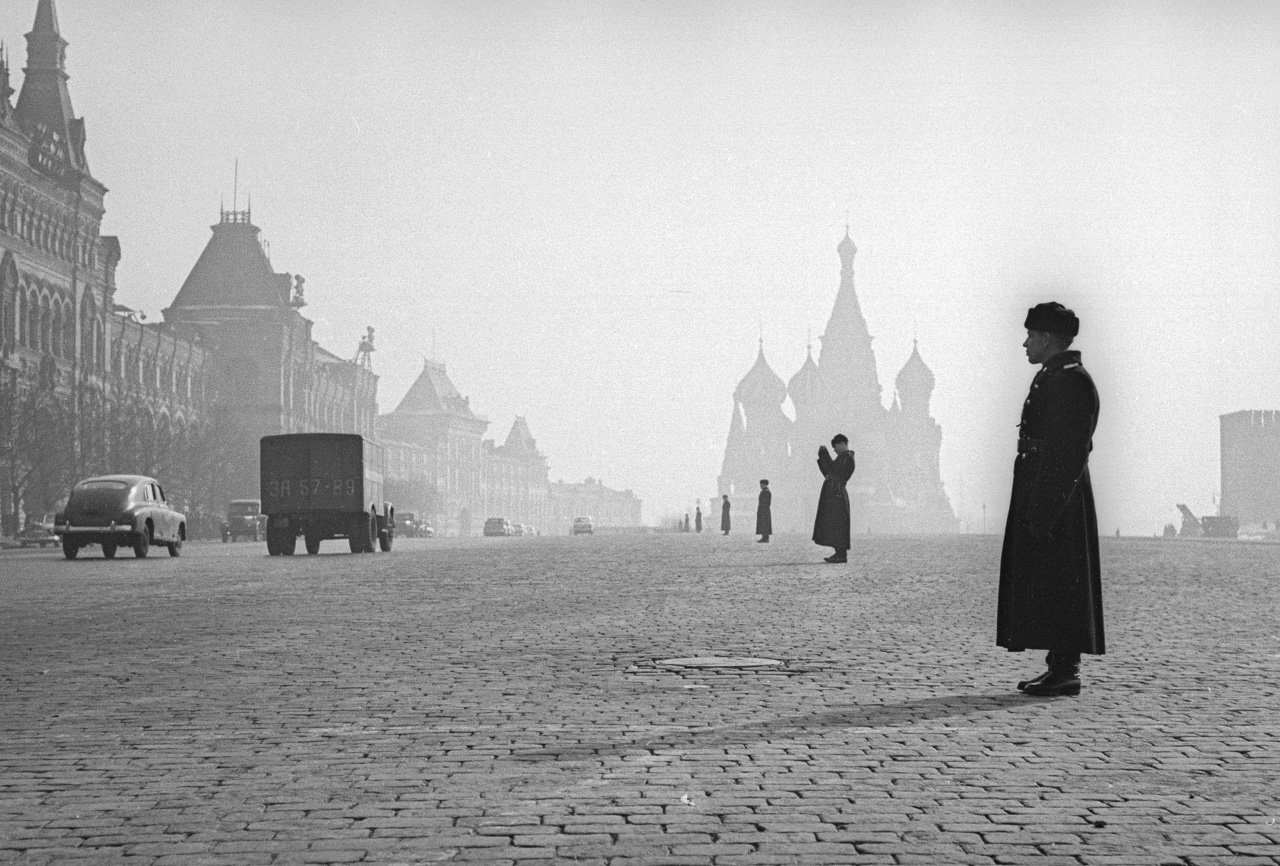 Red Square in the morning, 1959. The lighter tone of the supplement was a welcome contrast to the official Izvestia, and gave greater scope to photo-reporters wishing to experiment, one of whom was Akhlomov. 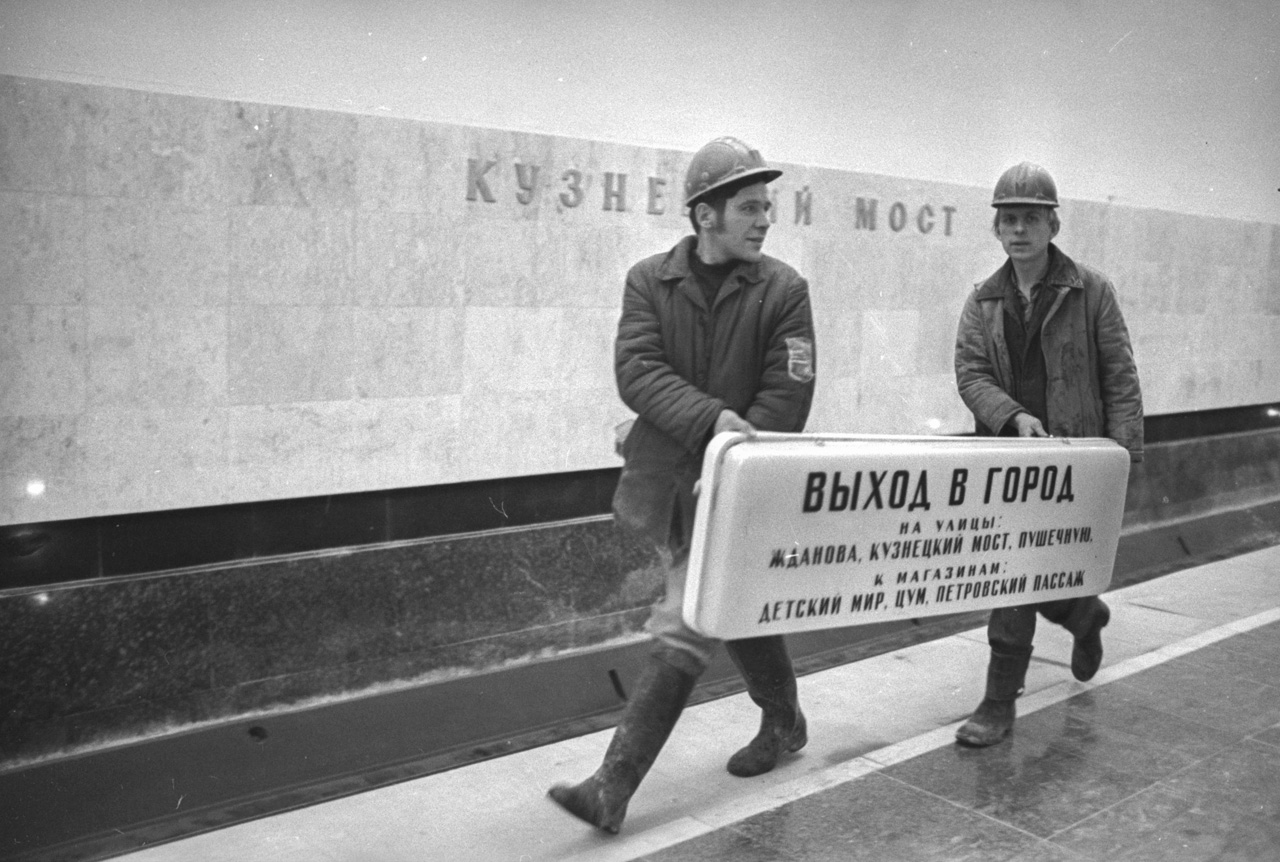 Builders carry a “Way Out” sign at Kuznetsky Most subway station, 1973 Over his fifty years of service for Izvestia, he received every prize and accolade in the business, including the national award “Golden Eye of Russia” and the international competition World Press Photo (four-time winner). 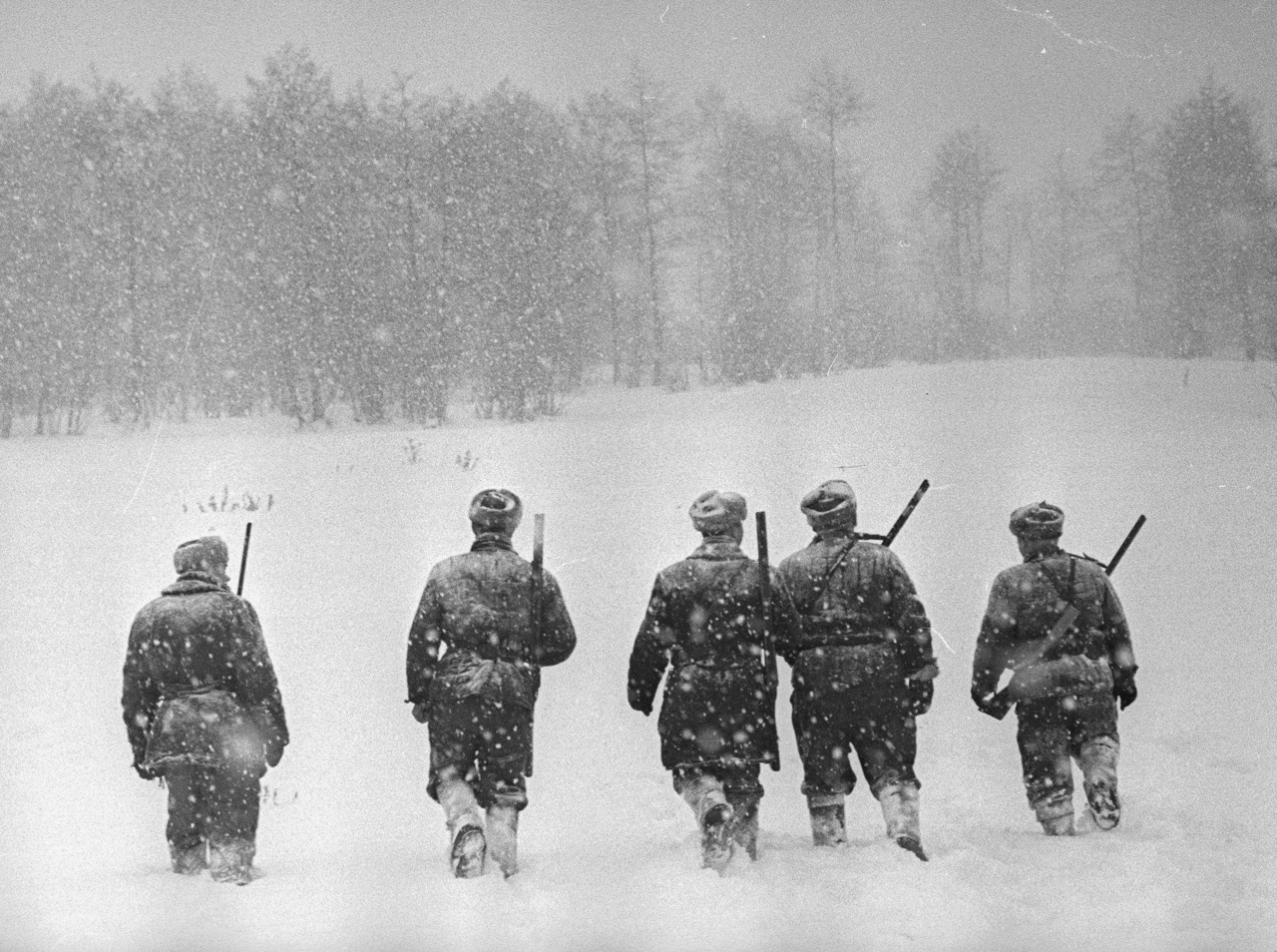 Hunting a wild boar, 1973. Viktor Akhlomov’s work as a photographer started during the Kruschev “thaw,” and his pictures mirrored the changing times, as did films and poetry. 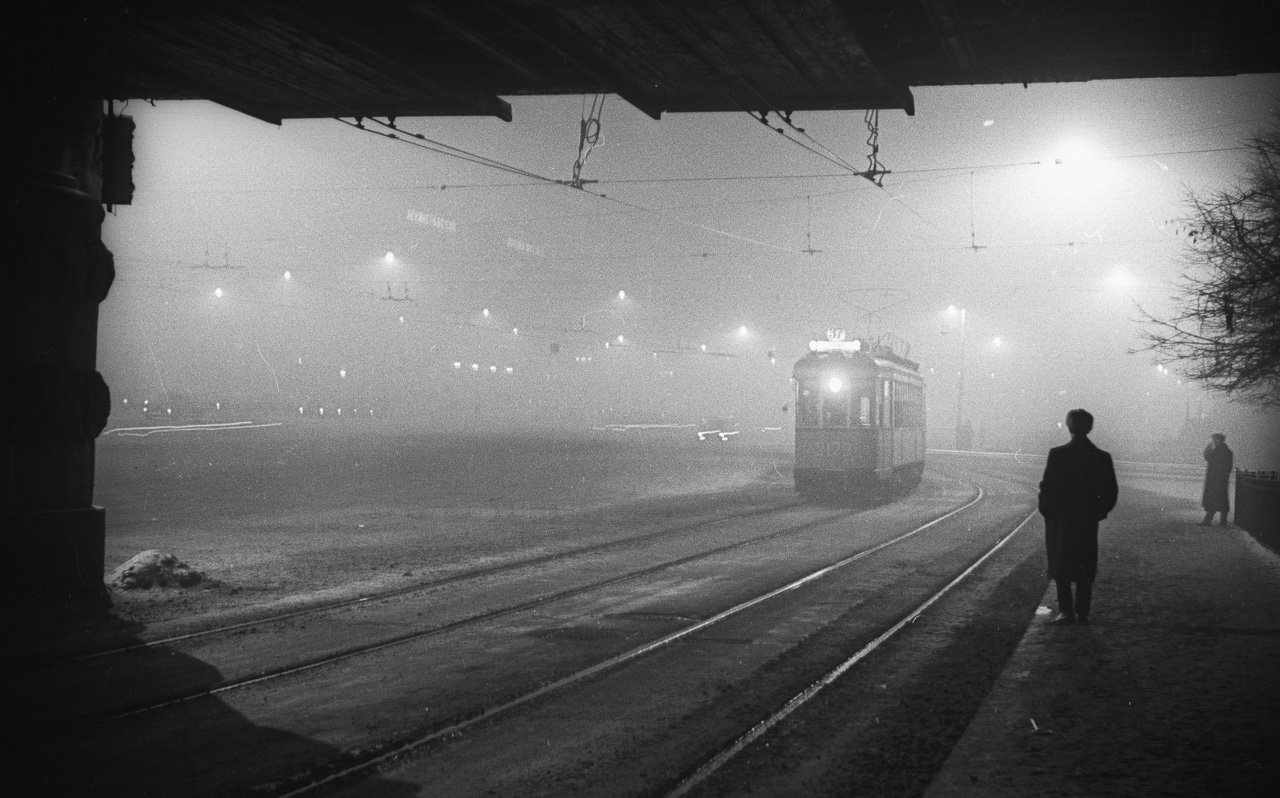 “A white night in Moscow,” Komsomolskaya Square, 1960-1961 Influenced by the “father of photojournalism” Henri Cartier-Bresson, he mastered the ability to “capture the moment” at precisely the right time. His romanticized views of the surrounding world define the Soviet era and shape today’s nostalgia for this lost paradise. 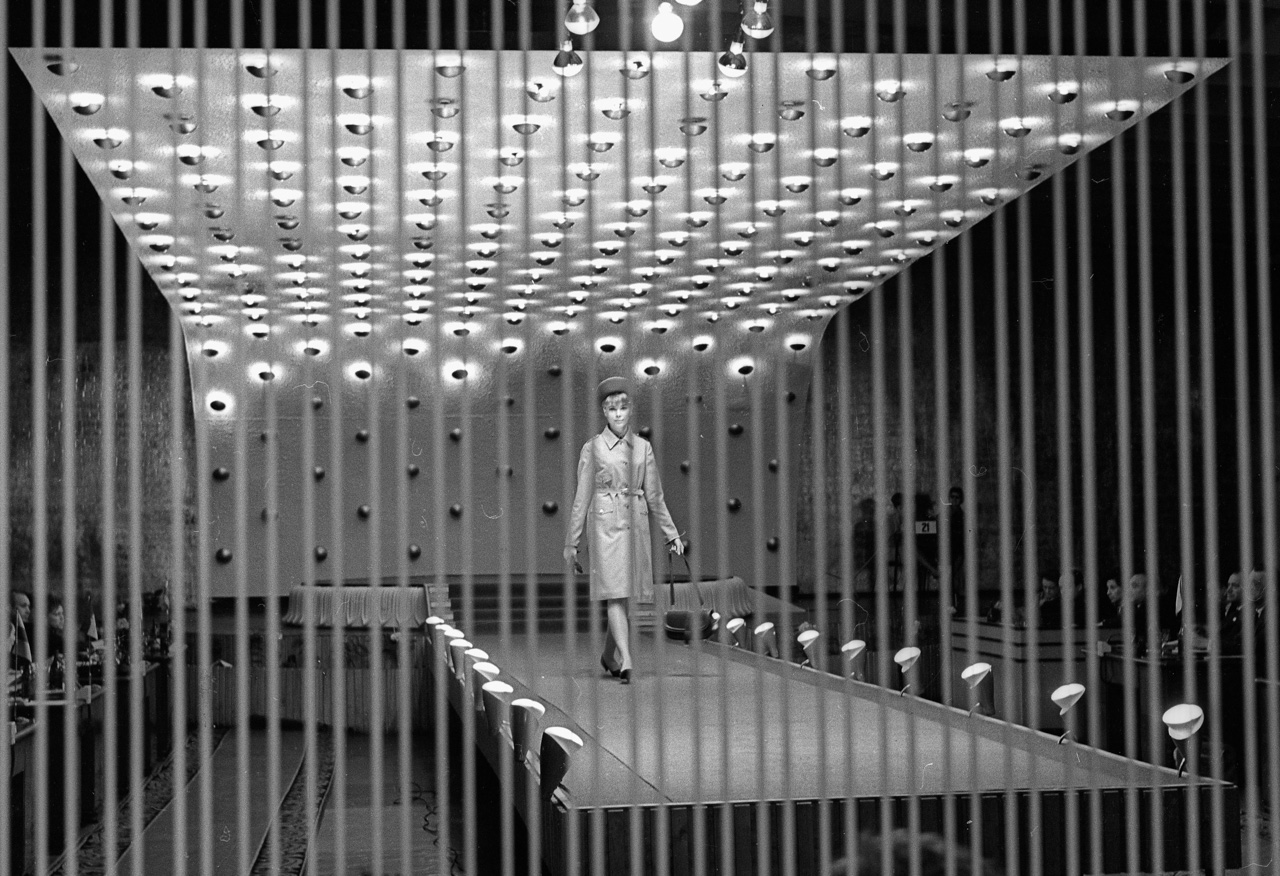 A display of clothes Akhlomov worked in all possible genres. He produced sparkling emotional portraits, urban landscapes, images of working life and vivid street scenes. As an Izvestia correspondent, he shot many important events: Gagarin and Khrushchev’s meeting three days after the first space flight; the arrival of Che Guevara and Angela Davis in Moscow; a performance by Marlene Dietrich, and the Soviet tour of the Mona Lisa. His lens regularly sought out poets, writers, actors, idols, pin-ups and top-drawer stars spanning generations, from Anna Akhmatova to Alexander Solzhenitsyn, from opera tenor Ivan Kozlovsky to Maya Plisetskaya and Mstislav Rostropovich; not to mention his contemporaries—the “sixties generation” (Bella Akhmadulina, Bulat Okudzhava, Robert Rozhdestvensky, Andrei Voznesensky), whose performances filled halls and theaters. 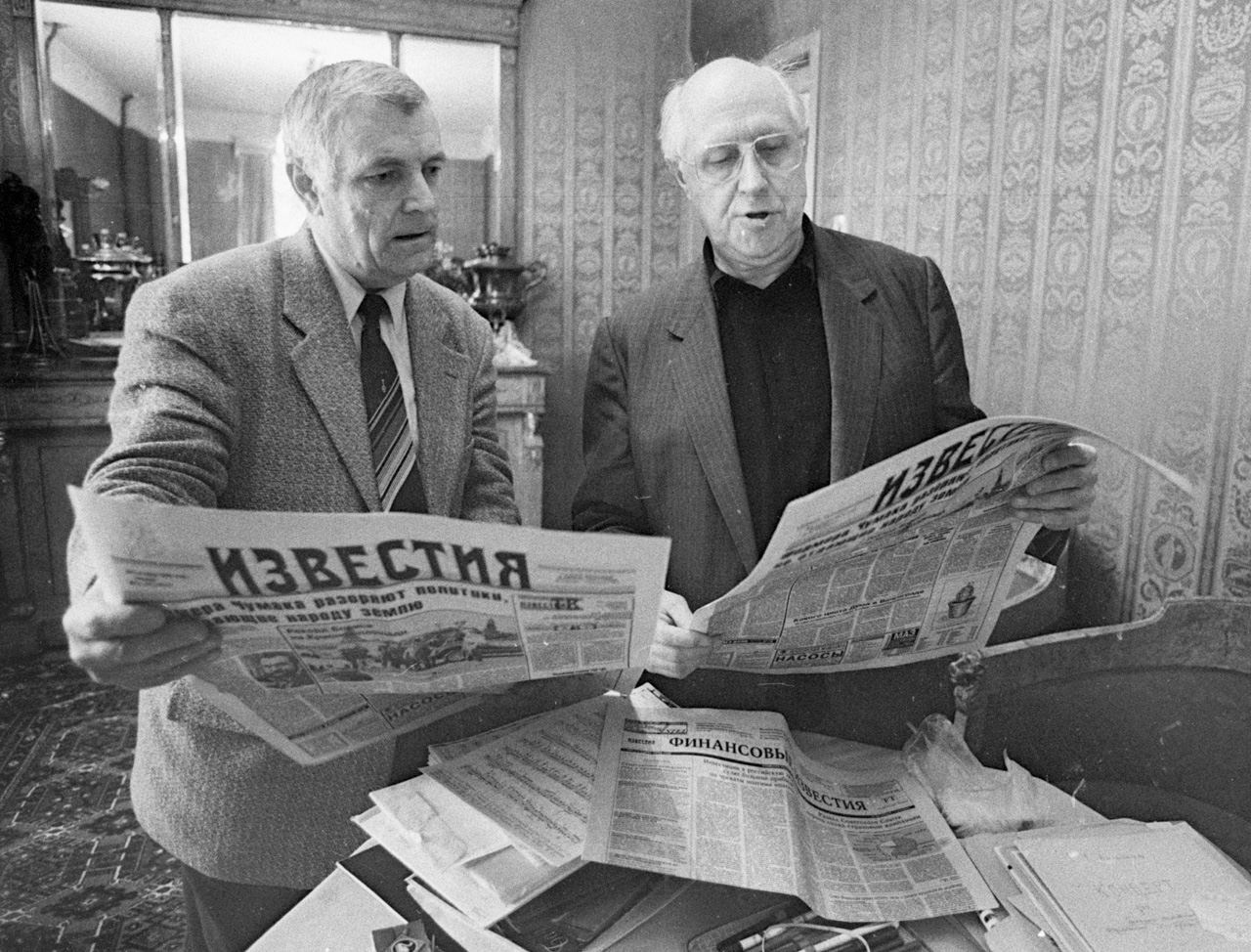 Rostropovich, 1955 The charm that Akhlomov captured in ordinary scenes of Moscow street life is comparable to that of the great Brassaï in his Paris portraits: a horse-drawn cart crossing a square between a car and a trolleybus; a tram and a single lonely passenger whose contours melt in the mist; a flock of blurry-winged pigeons soaring over the endless queues outside the Mausoleum on Red Square—a defining feature of the Soviet era. 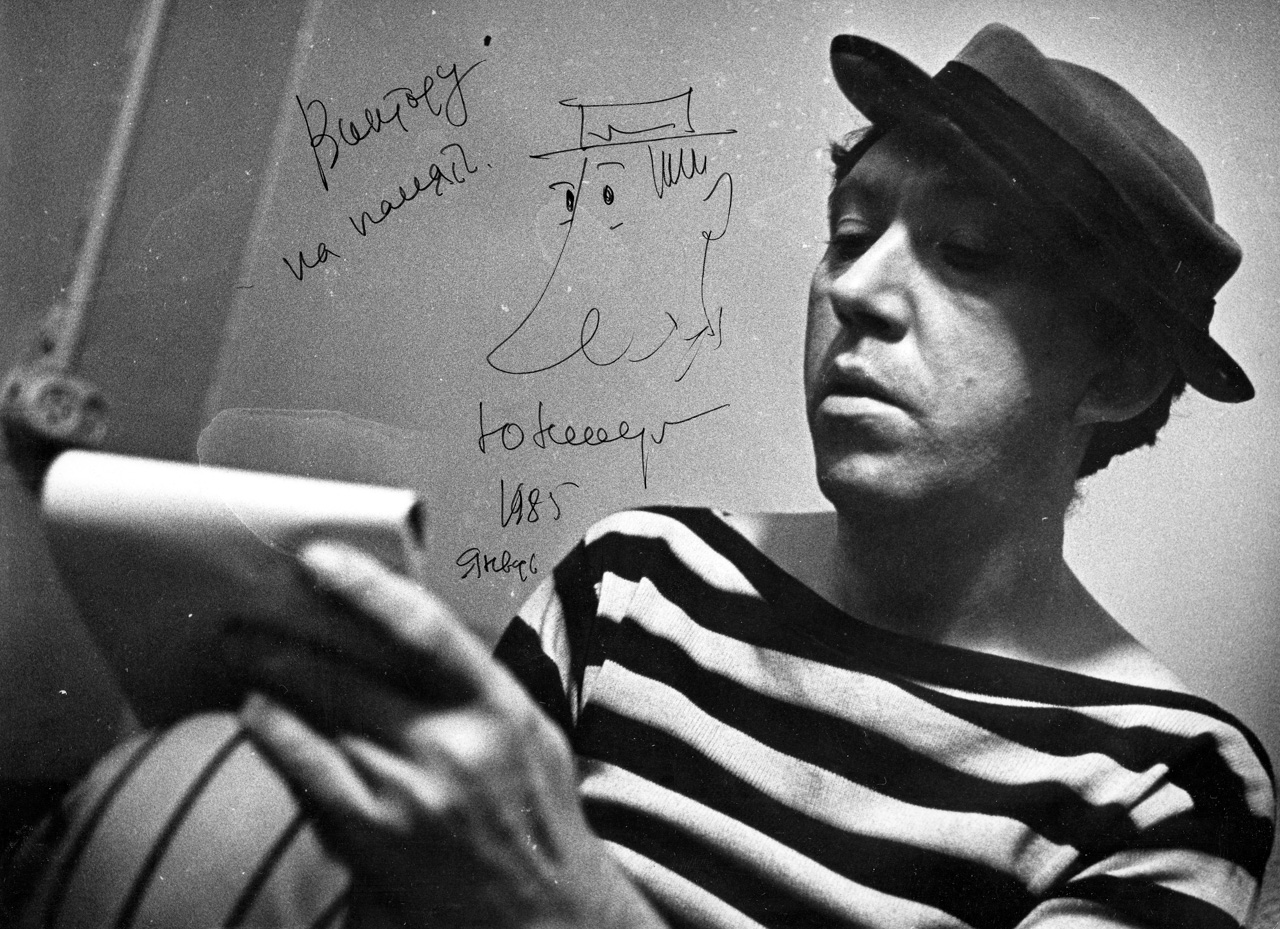 Yuri Nikulin, 1963 In his unofficial shots, free of protocol, Akhlomov displays a humorous, human touch: four Santas reading newspapers on a snow-covered boulevard; female workers cutting branches in the park in front of the towering Moscow State University; dark silhouettes on bare trees in homage to the famous 19th-century painting “The Rooks Have Arrived” by Alexei Savrasov.