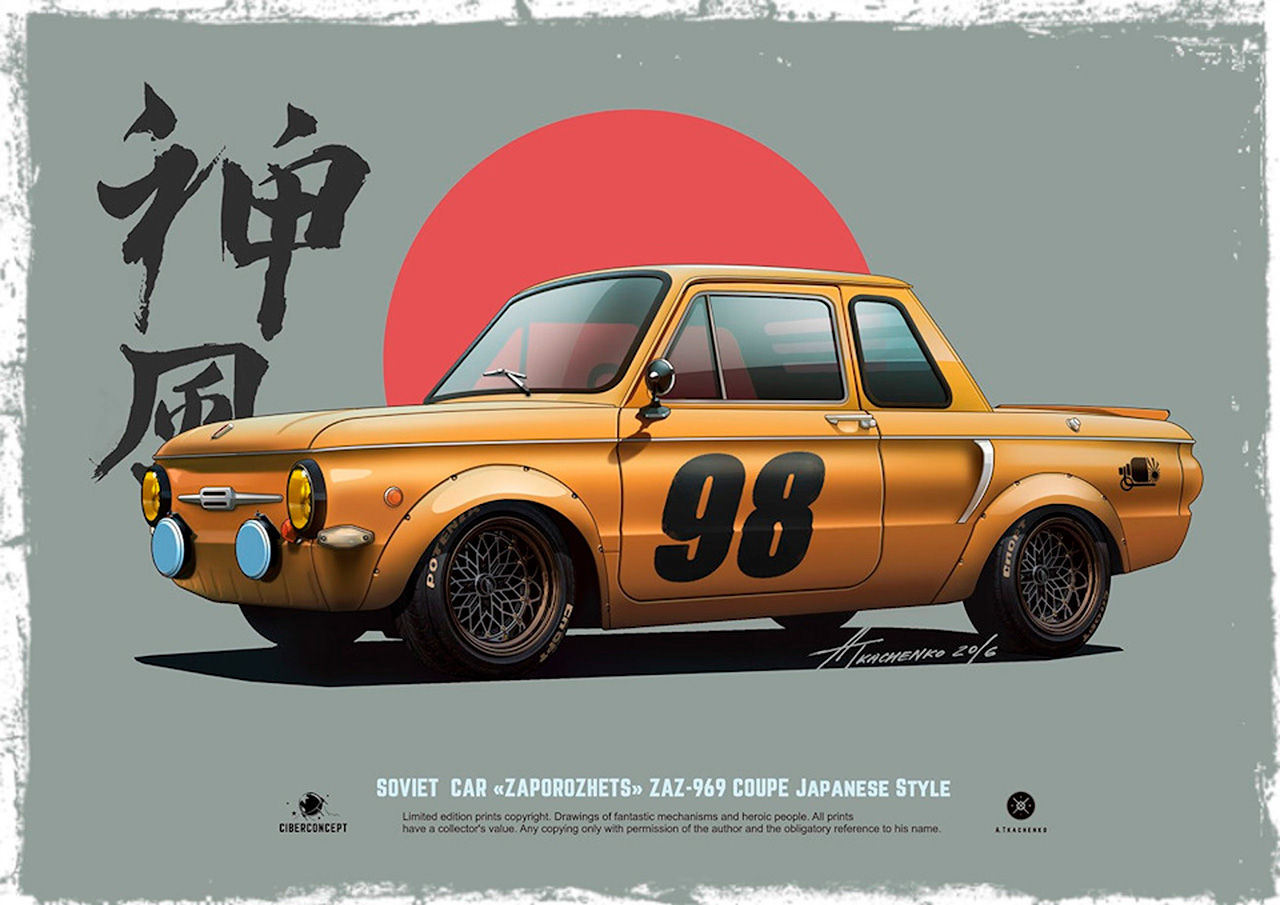 The one and only genuinely hip Soviet car, the ZAZ-969 “Zaporozhets”, is transformed here into an awesome Japan-inspired coupe. There were different kinds of “Zaporozhets” cars in the USSR: “ushastyi” (jug-eared), “gorbatyi” (humpbacked) — but no coupes, that’s for sure.

Andrey Tkachenko
Russian artist Andrey Tkachenko from Nizhniy Novgorod has created a remarkable series of car illustrations. These pictures show an alternative history of classic Soviet models that (unfortunately) never left the drawing board. As concept cars, you won’t find them kicking up the dust in the streets of Russian cities. But these cute babies sure do catch the eye! 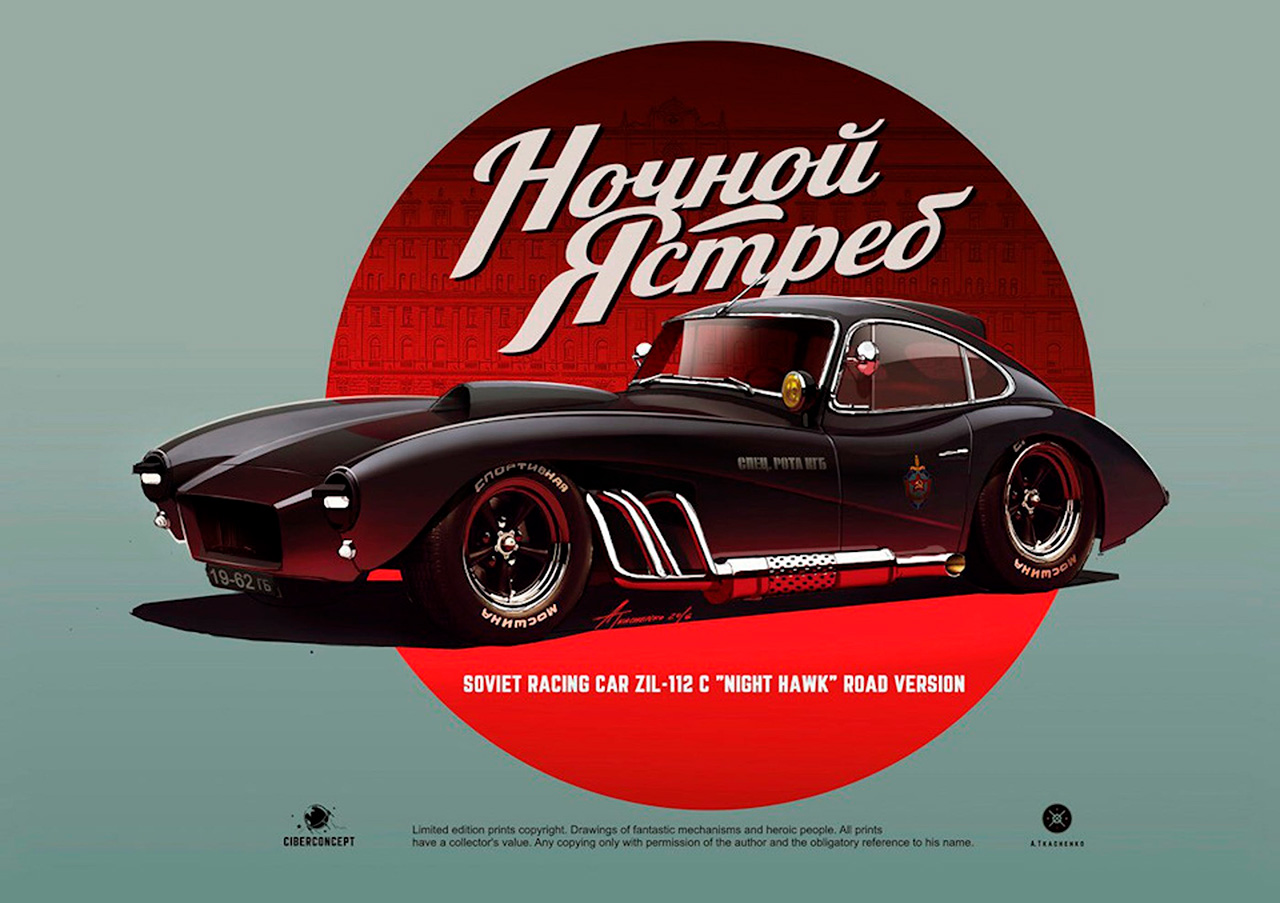 It’s easy to imagine this “Night Hawk” (based on the Zil-112 C) flying the midnight streets of Moscow, its polished sides catching the gleams of the street lamps. 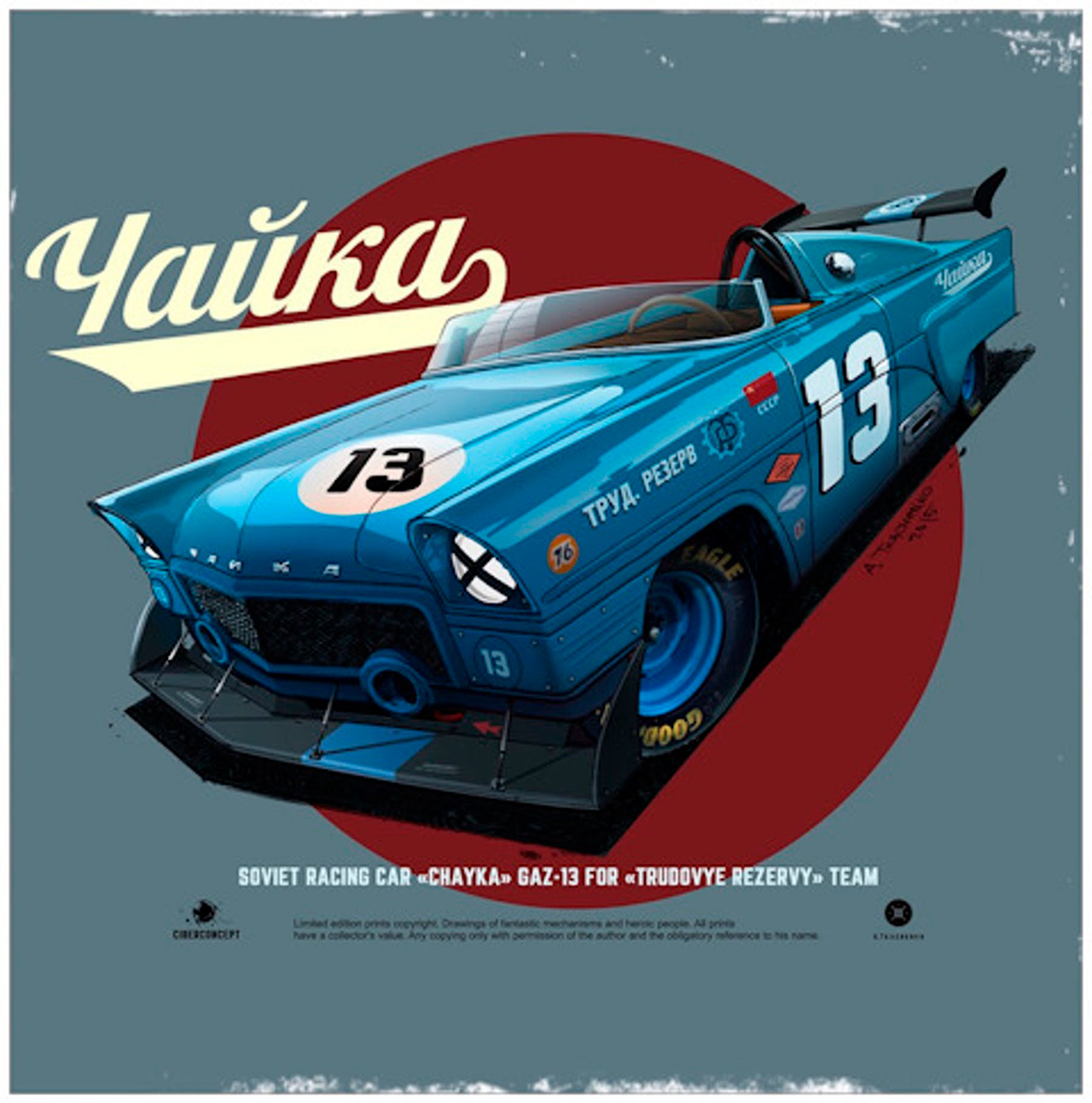 Initially, the GAZ-13 “Chayka” (Seagull) was an executive car used by Soviet top officials. This one could easily be used by a superhero (or the Secretary General of the USSR — when in besuited “civilian identity” mode). 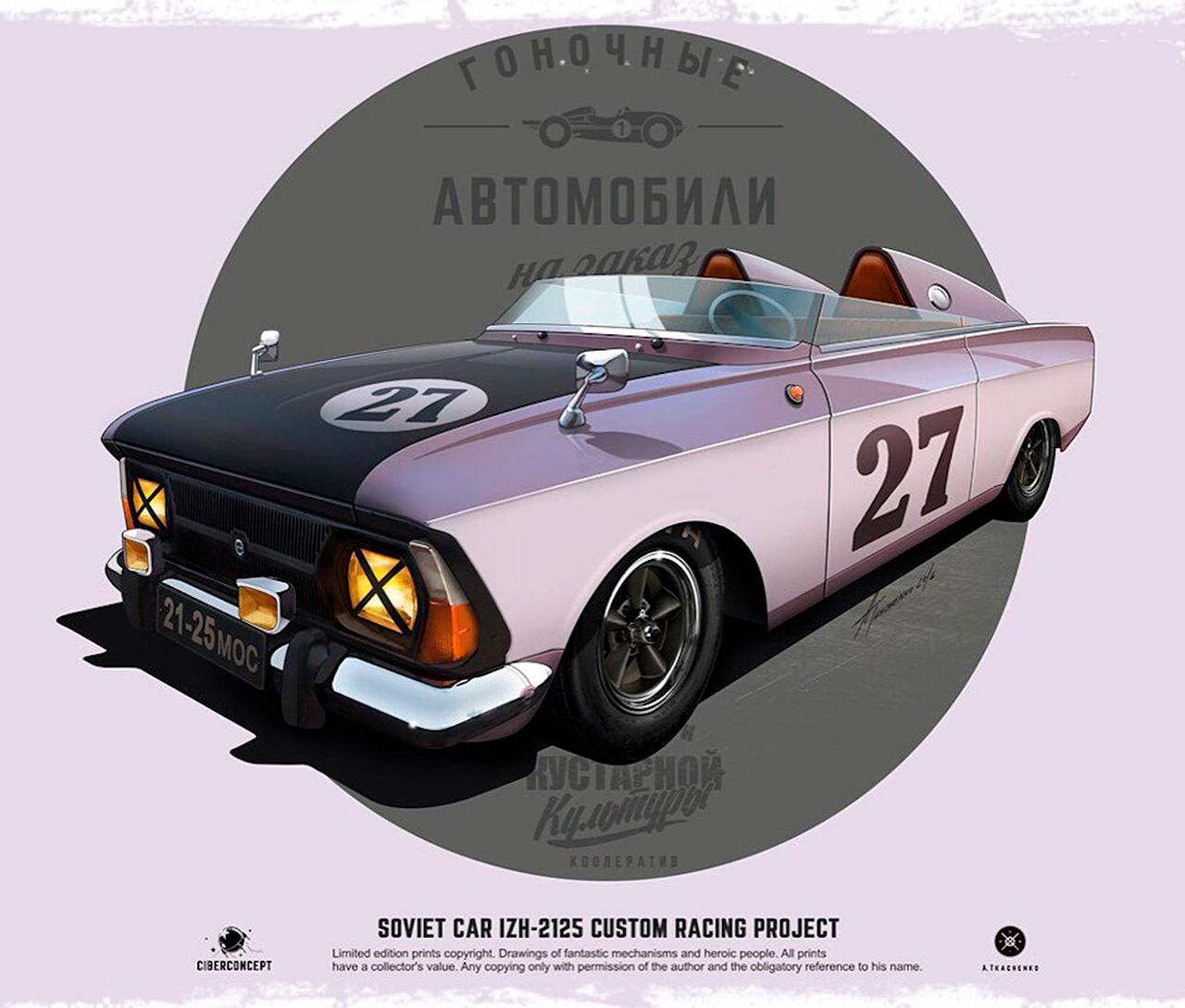 This one is a custom racing version of the Izh-2125: perfect for winning races. Check out the x-cut headlights! 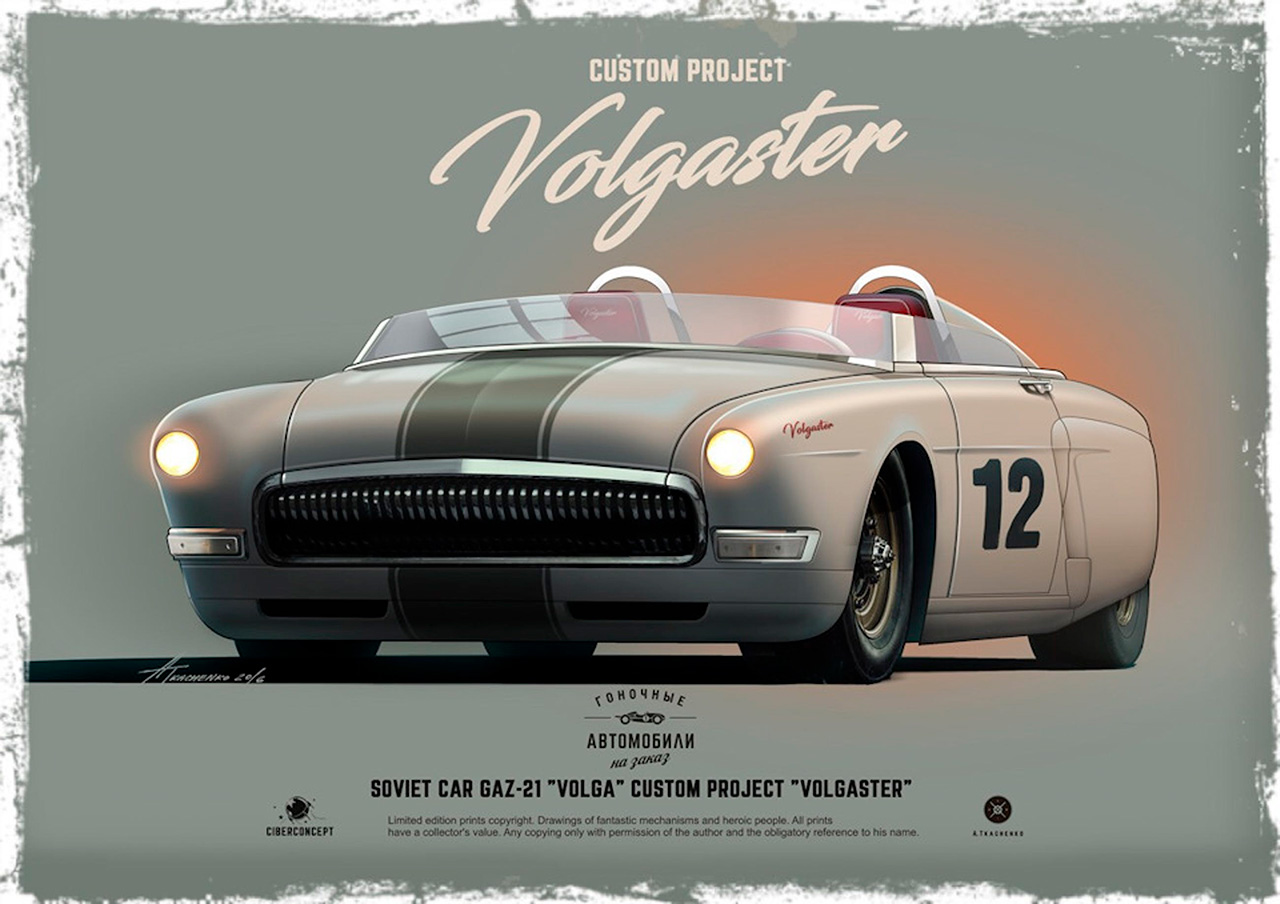 When a GAZ-21 “Volga” turns into a roadster, the result is the “Volgaster”. Looks a bit like a Bentley or Jaguar, don’t you think? Only better? 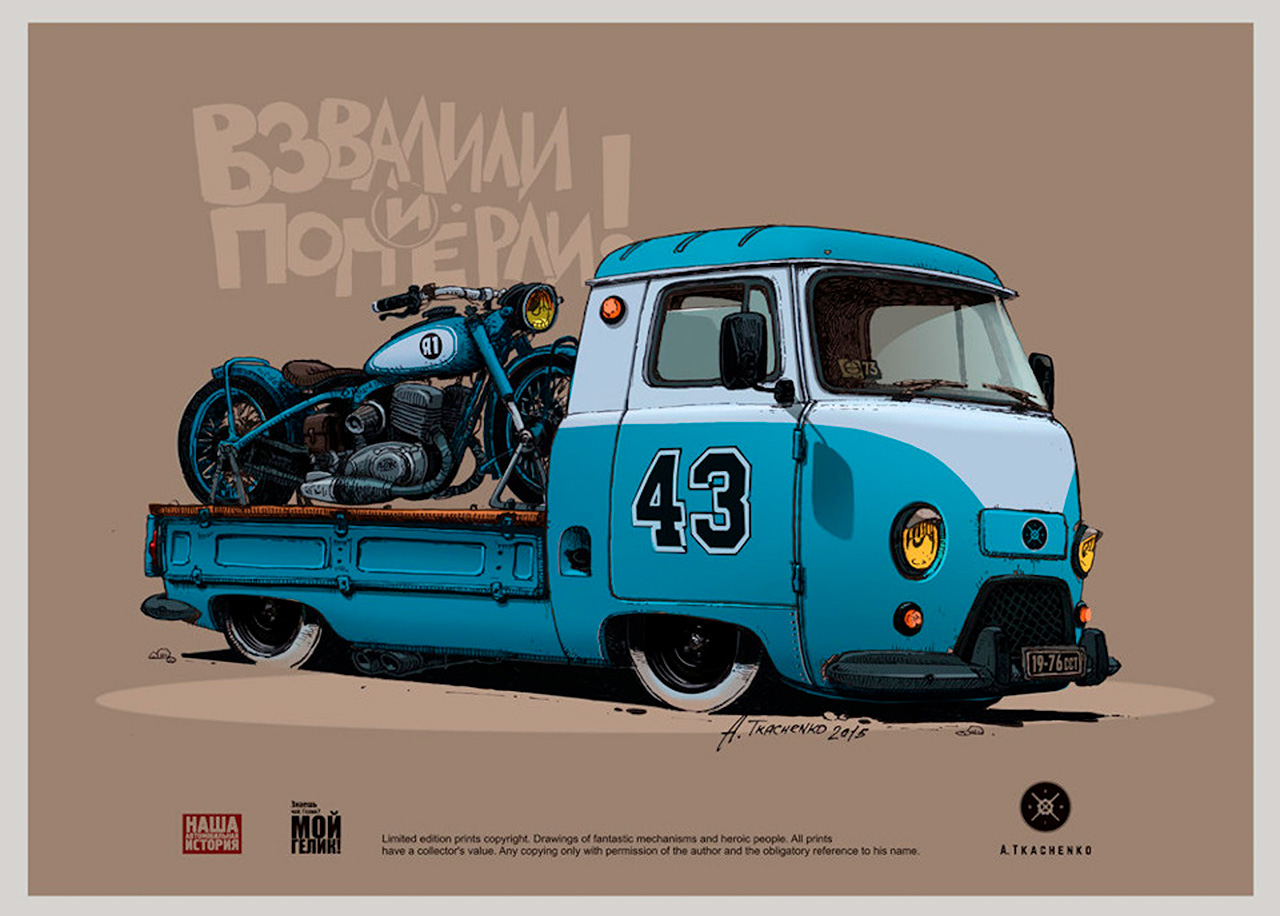 We’re not sure what model this is, but it seems to have quite a tired look. Maybe better take the bike down? 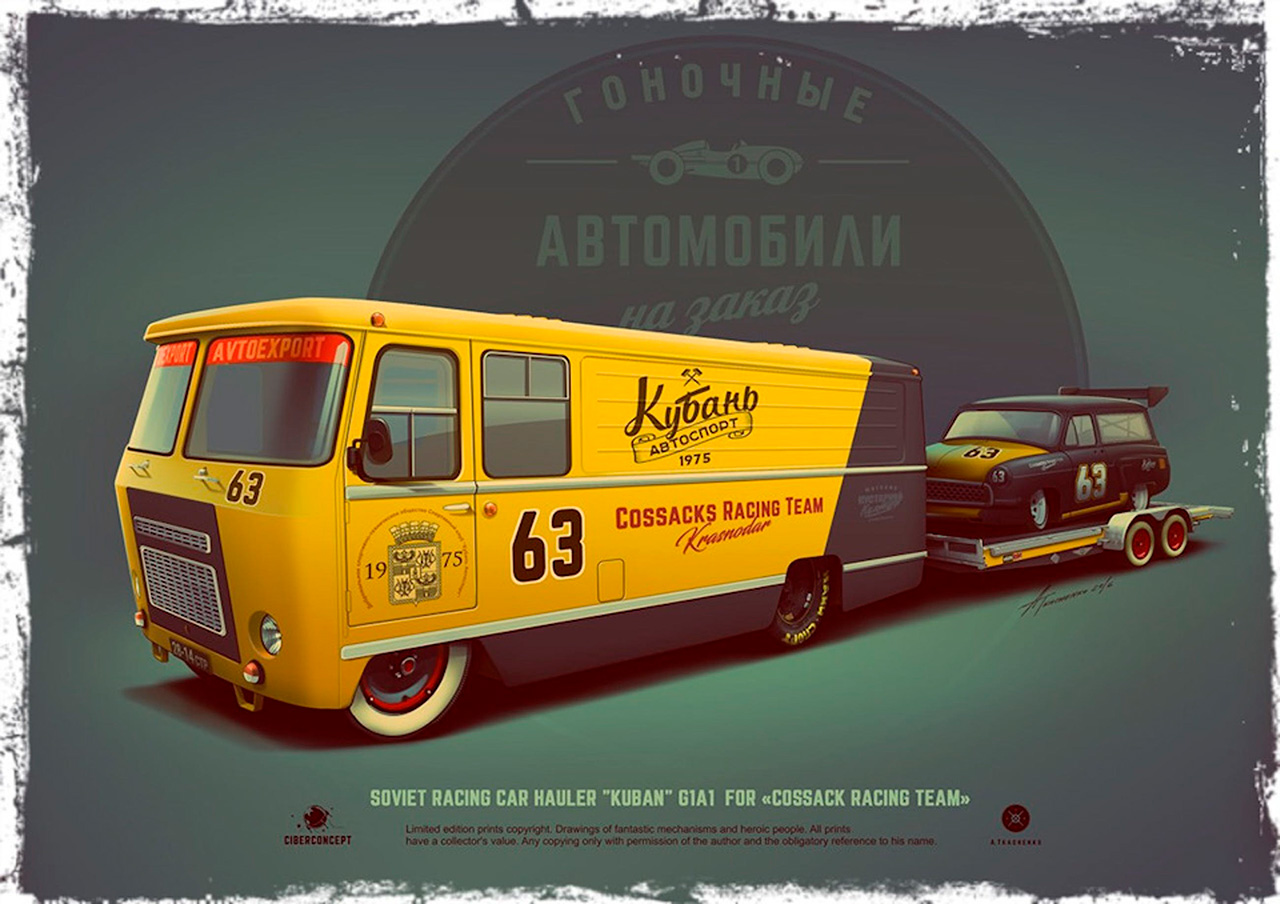 Time to remember the movie “Cars”: this is Mack, an alternative Soviet version. The car hauler “Cuban” is designed for the “Cossack Racing Team.” 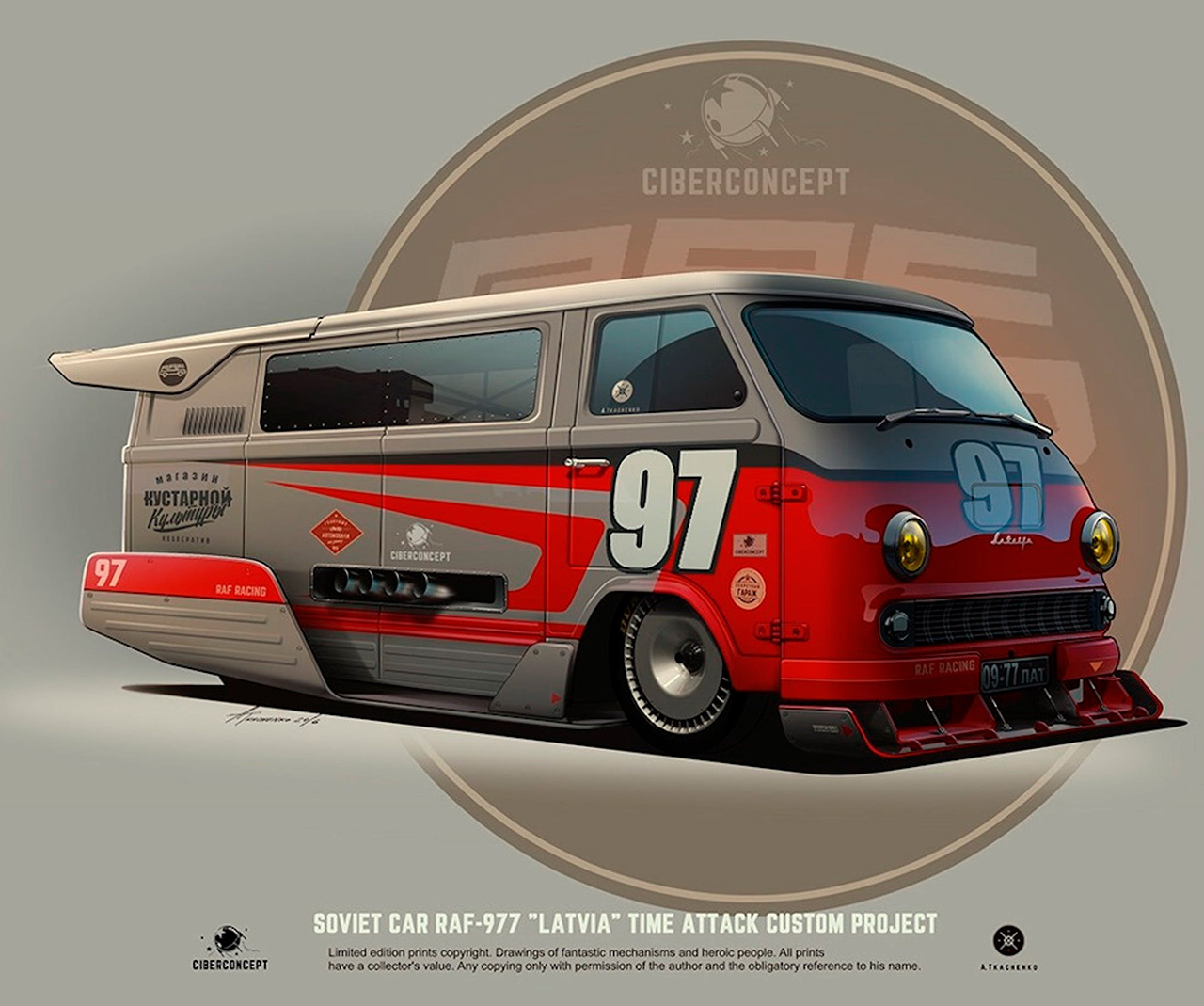 It’s hard to differentiate this custom version of the RAF-977 “Latvia” minibus from some kind of retro-futuristic train. 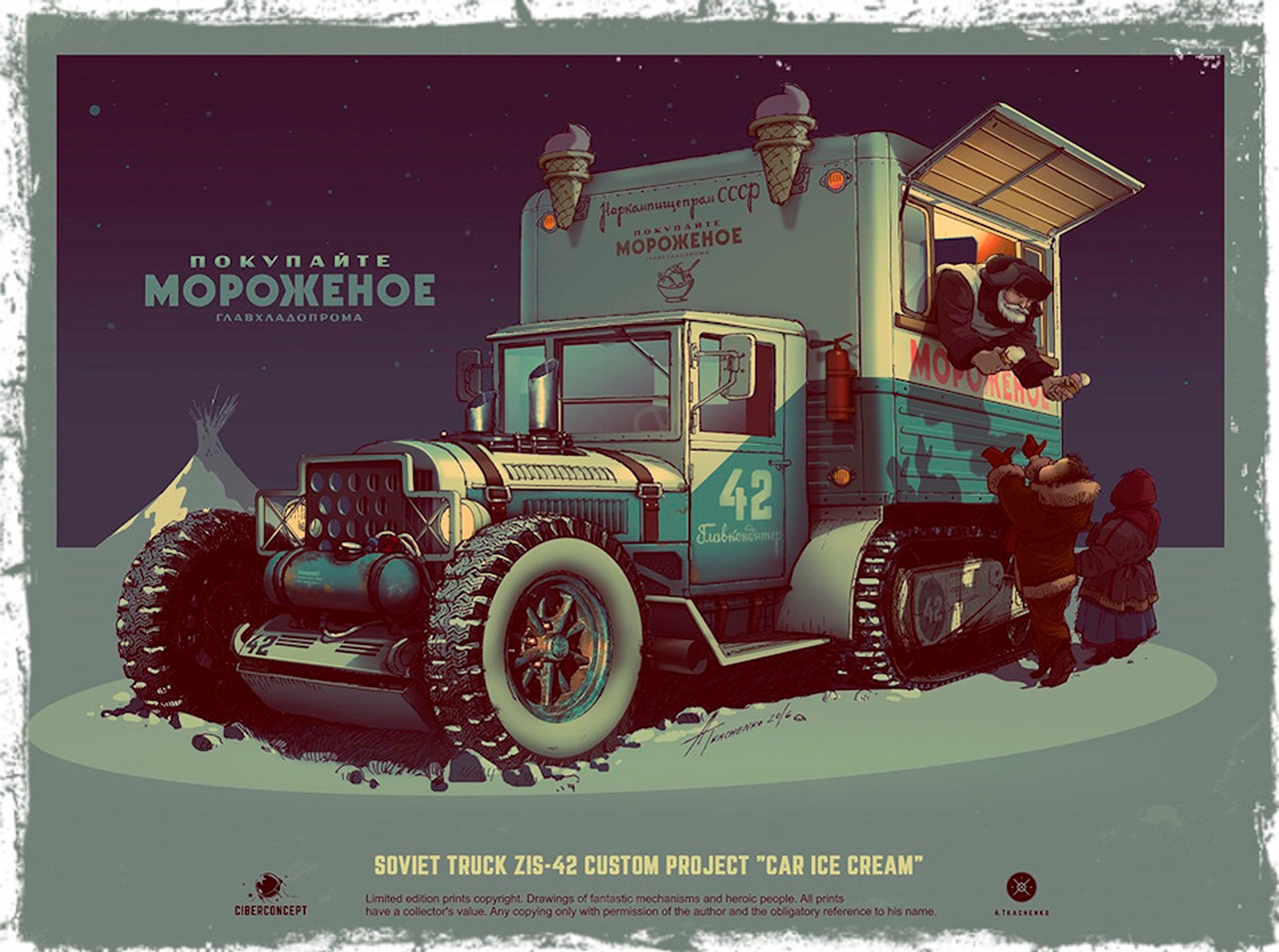 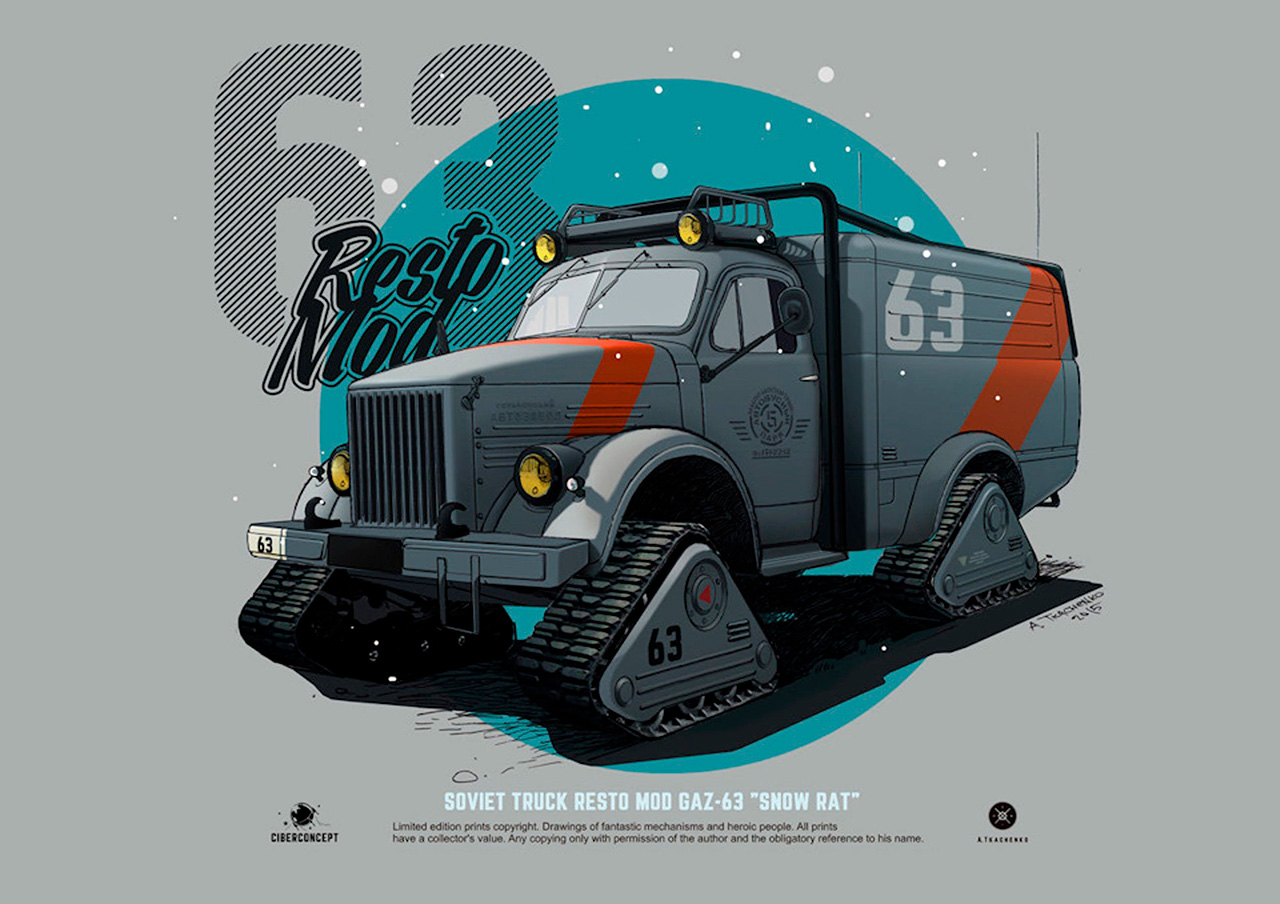 This beast is called the “Snow Rat,” created on the basis of the GAZ-68. Just take a look at those mighty chain trucks! Even the heaviest snow stands no chance. 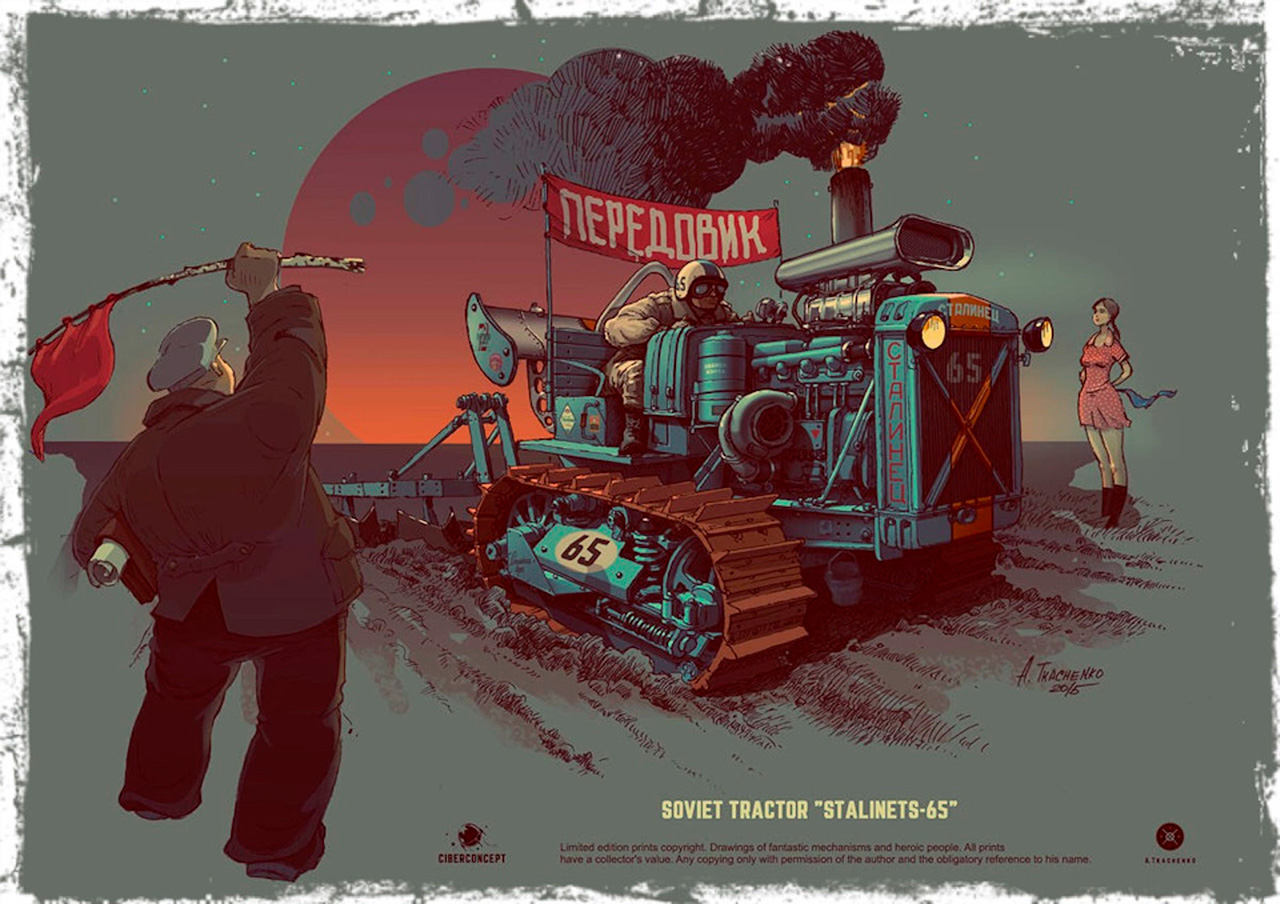 This picture sparks the imagination. The original tractor in this custom work is called the “Stalinets-65” (the name derives from Stalin); there is a beautiful girl, the red communist flag and a gorgeous sunset in the background; and the machine seems to be turning up the soil for the coming harvest. The name “Peredovik” (leading worker), along with the tunnel-vision driver and plumes of thick smoke, add daredevil spirit!