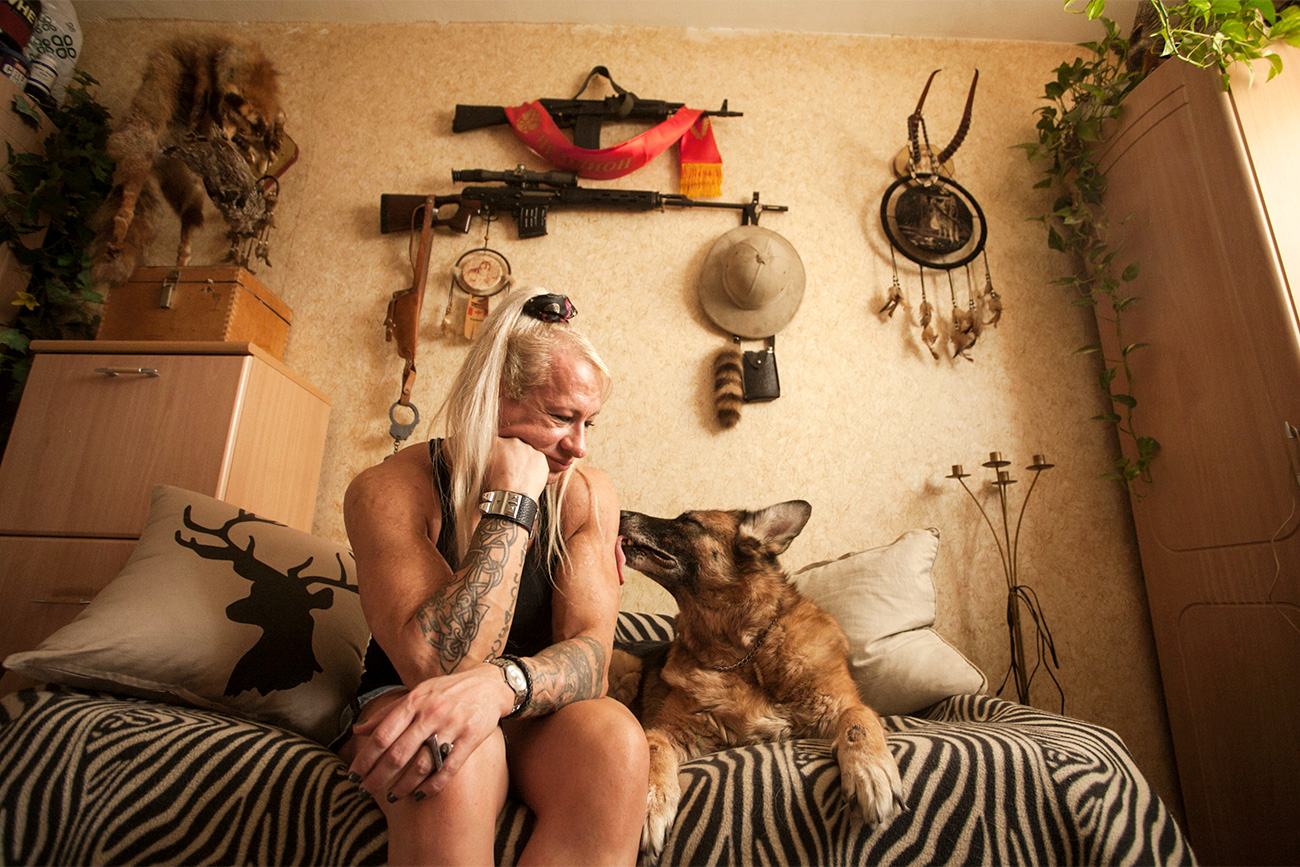 Tatiana Chekmareva, 42, married   At the age of 33 I started going to the gym to improve my physical wellbeing. Back then I even had difficulty walking around my apartment. Three years later I became a “Master of Sport” in powerlifting. Now I’m a two-time Russian record holder in classic powerlifting.I like to stand out from the crowd. I have fans and even a fan club. Sure, some people disapprove of my appearance, but I don’t pay attention.I wouldn’t advise women to do weightlifting. If they’re afraid of having big muscles, there are other lighter sports available.

Ksenia Sidorova
The traditionally “male” sports of bodybuilding, powerlifting and weightlifting appeal to women for different reasons, but they all have one thing in common: these women are strong not only on the inside. 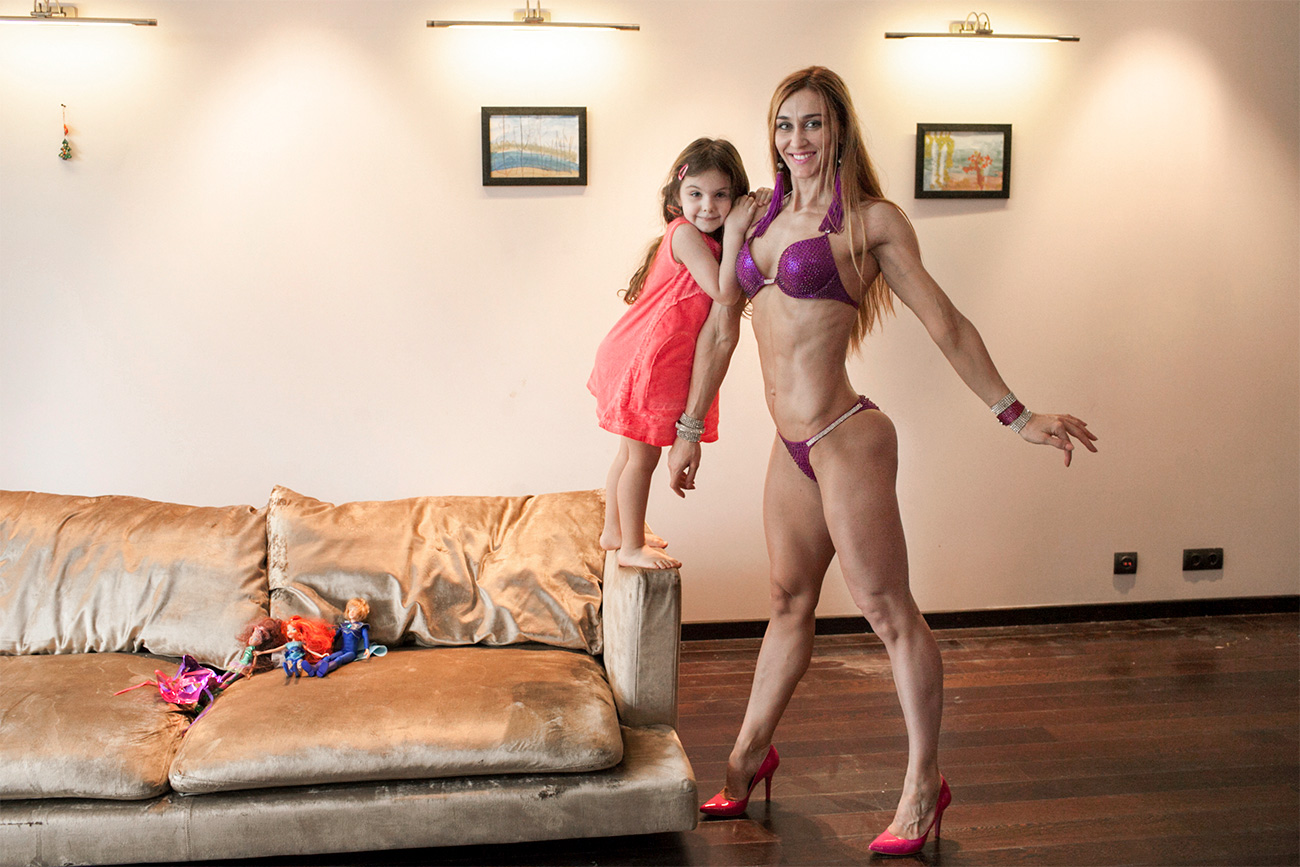 Tatyana Yeremina, 37, married, one daughterI started going to the gym to keep my husband company, and then realised that physical exercise makes me feel great. It gives me a chance to be better than others.In 2015 I came ninth in a “Fitness Bikini” competition in Moscow Region.I’m aware of the increased attention I get. Everyone asks what I do to look like this. I don’t feel my age, just energy. Not like my peers who don’t bother with sport.Contemporary Western society is coming round to the idea that gender is a social, rather than a biological construct. 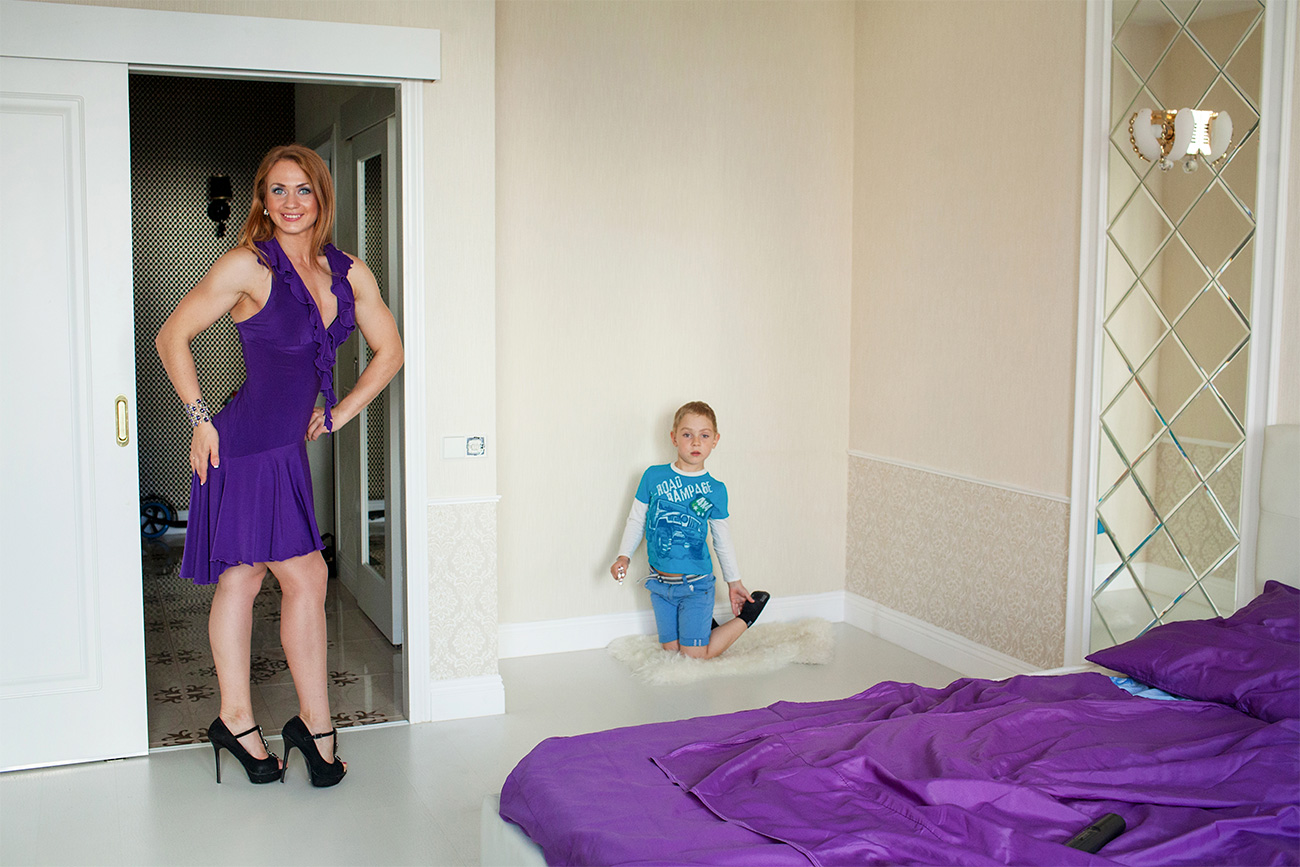 Irina Kuznetsova, 32, married, one son   A few years ago I saw the delightful Lyudmila Tuboltseva (many-time Absolute Champion of Moscow and Russia, World Bodybuilding Champion) on TV, and she inspired me to get my body in shape like her. I became a nationally-ranked powerlifter (a “Master of Sport”) and vice-champion of Moscow in bodybuilding. Then I took a long break because my husband was against it, but now I’m back in the sport.My main job is teaching English at a large foreign company, while sport is a full-on hobby.I don’t care if people criticize my figure. It’s my business how I look. I don’t impose my views on anyone, even close relatives. In general, it’s nice to be different from everyone else. I don’t try to win people over—they can go to the gym or not, as they please.The difference between men and women is not in appearance or occupation, but lies hidden much deeper in the heart and soul. These women are living proof. 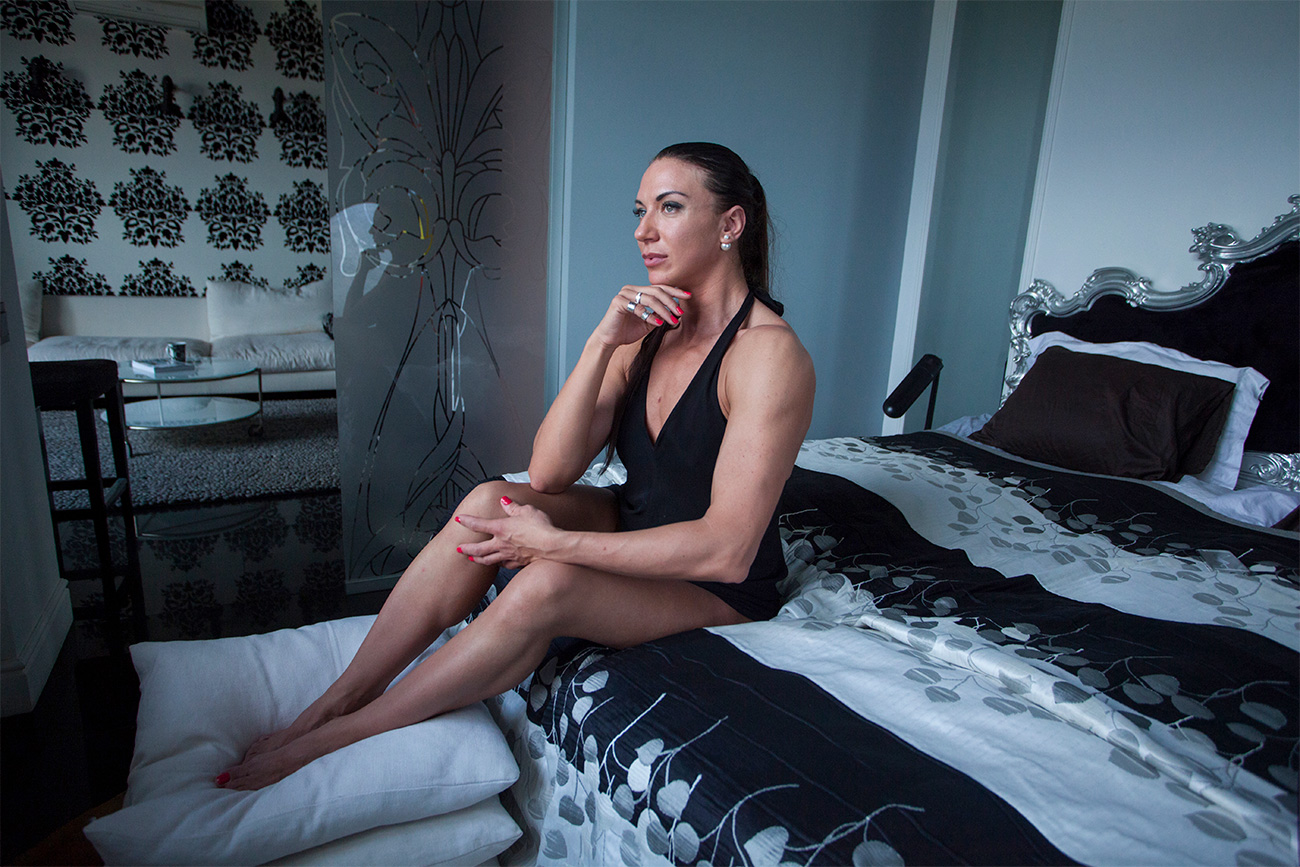 Vera Plaude, 32, married   Two years ago I had a successful office job as a financier, and went with my husband to the gym to keep him company. Now I’m focused solely on developing as a professional athlete.If people make negative comments about my figure, there’s only one reason: it’s not them speaking, but their complexes. Everyone understands perfectly well that you don’t just wake up with a body like mine. It’s a full-time job, and not every woman can do it. But I think that women should look good.I like to dress up, and when a woman has an athletic figure and looks good, it’s incredibly beautiful.They are strong and beautiful. And in the words of a classic WW2 poster: “We can do it!” They sure can. 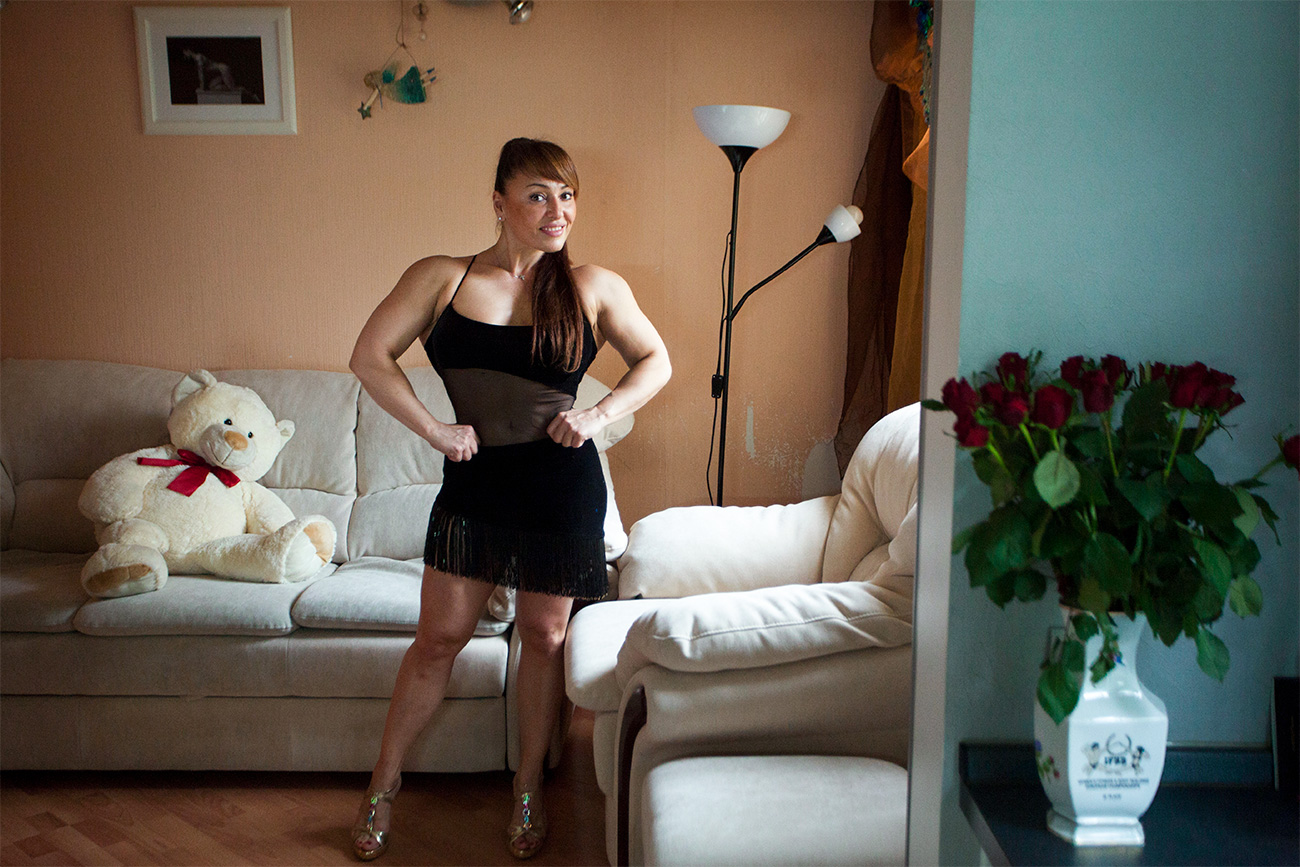 Lyudmila Tuboltseva, 45, in a civil partnership   I started training for bodybuilding competitions in my student days, and 20 years later I’m still at it... Now I’m nine-time bodybuilding champion of Russia, three-time absolute champion of Europe, world champion and winner of the “Cup of Champions” international competition. I work as a fitness director at a gym.A pumped-up female body always attracts more attention, especially on the beach, but femininity doesn't depend on the size of your body. It’s about looking after yourself and the way you carry yourself. Muscles don’t turn a woman into a man if she’s a flirt on the inside. 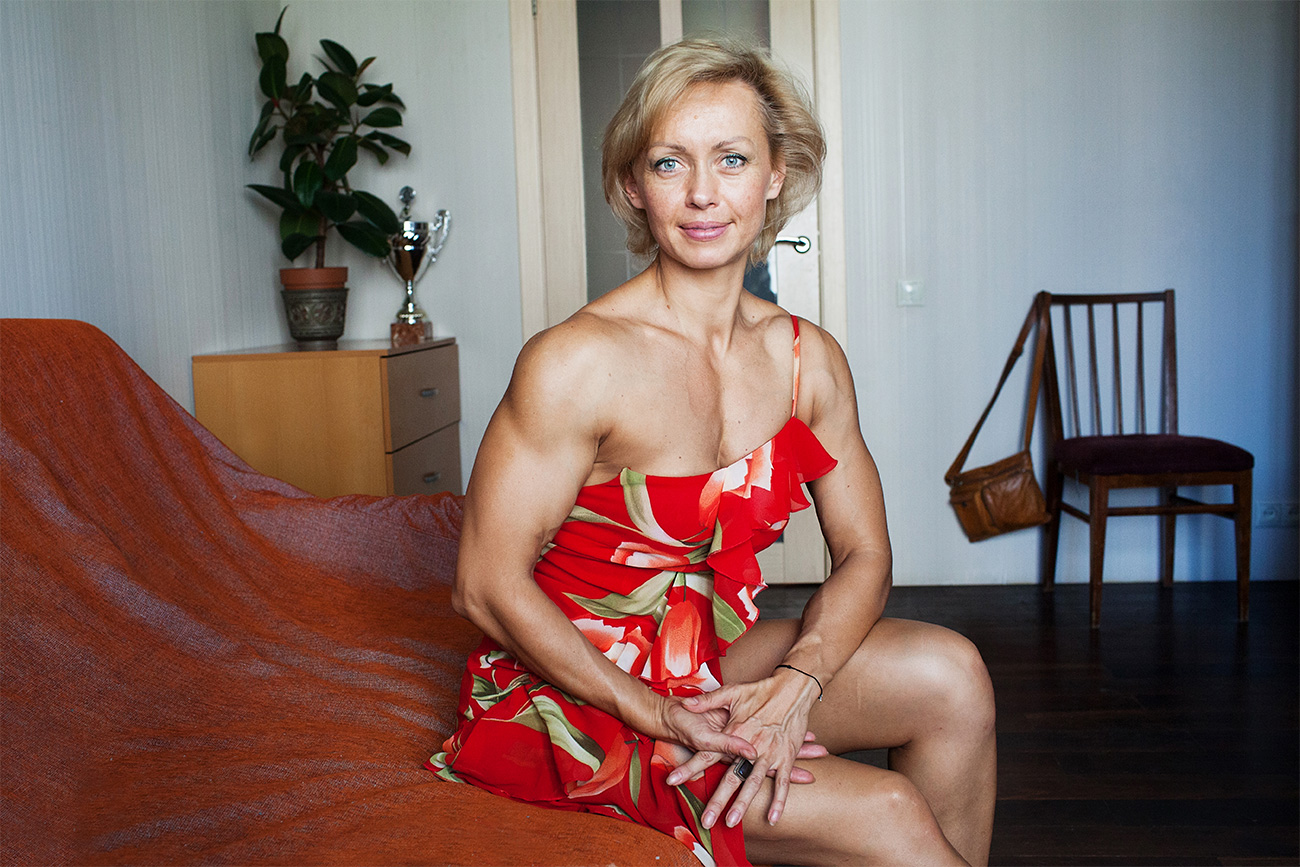 Marina Vlasova, 43, married, one sonI was a sickly child. The doctors diagnosed scoliosis. I graduated from the medical school and then got injured. There was talk of me being disabled. I was prescribed a medical metal corset, and soon after started going to the gym.I’ve been working as a sports coach for over a decade now. Three years ago I decided to give myself a 40th birthday present by taking part in competitions and becoming absolute champion of Russia and Europe.Sport is great for personal development, self-confidence and physical health. When I meet up with classmates who don’t do sport, I feel really sorry for them.Men are positive about the way I look. They often come up to me and pay compliments. 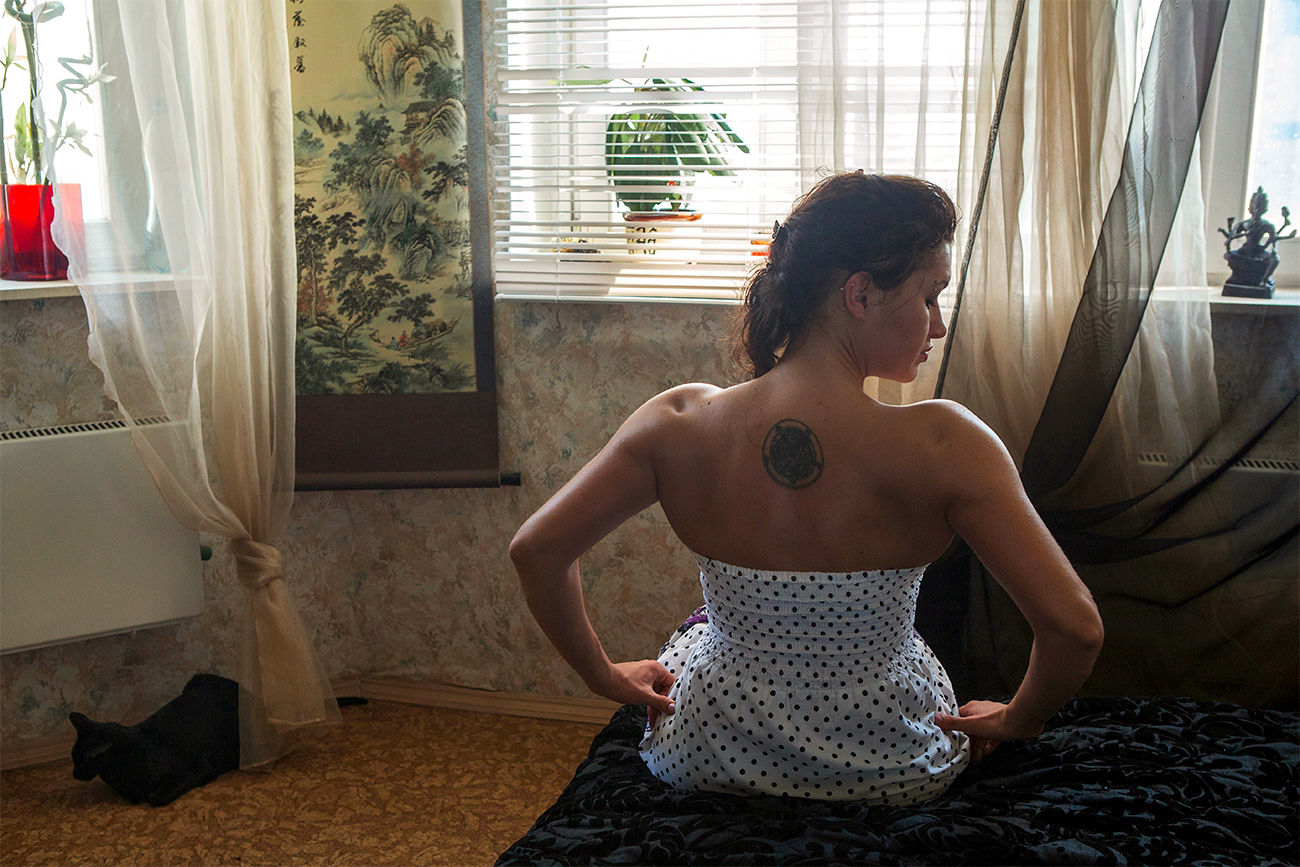 Ekaterina Afonina, 30, single   As a ninth-grader I weighed 30 kilograms. I decided to become big and strong after my boyfriend lifted me up with one hand. By the end of school I’d already become a regionally-ranked junior powerlifter (a “Candidate for Master of Sport”), but then picked up an injury.I’m a trained surgeon, but a year ago I made a choice in favor of sport. Now I’m a trainer at three gyms. I operate once a week and train for competitions.I still get funny looks, as if I’m a freak, although people nowadays are slowly getting used to athletic bodies. But I’m flattered by the attention, even if it's negative.I think physical education should be a part of everyone's life. The body is holistic and needs to be taken care of both inside and out. It’s our duty. 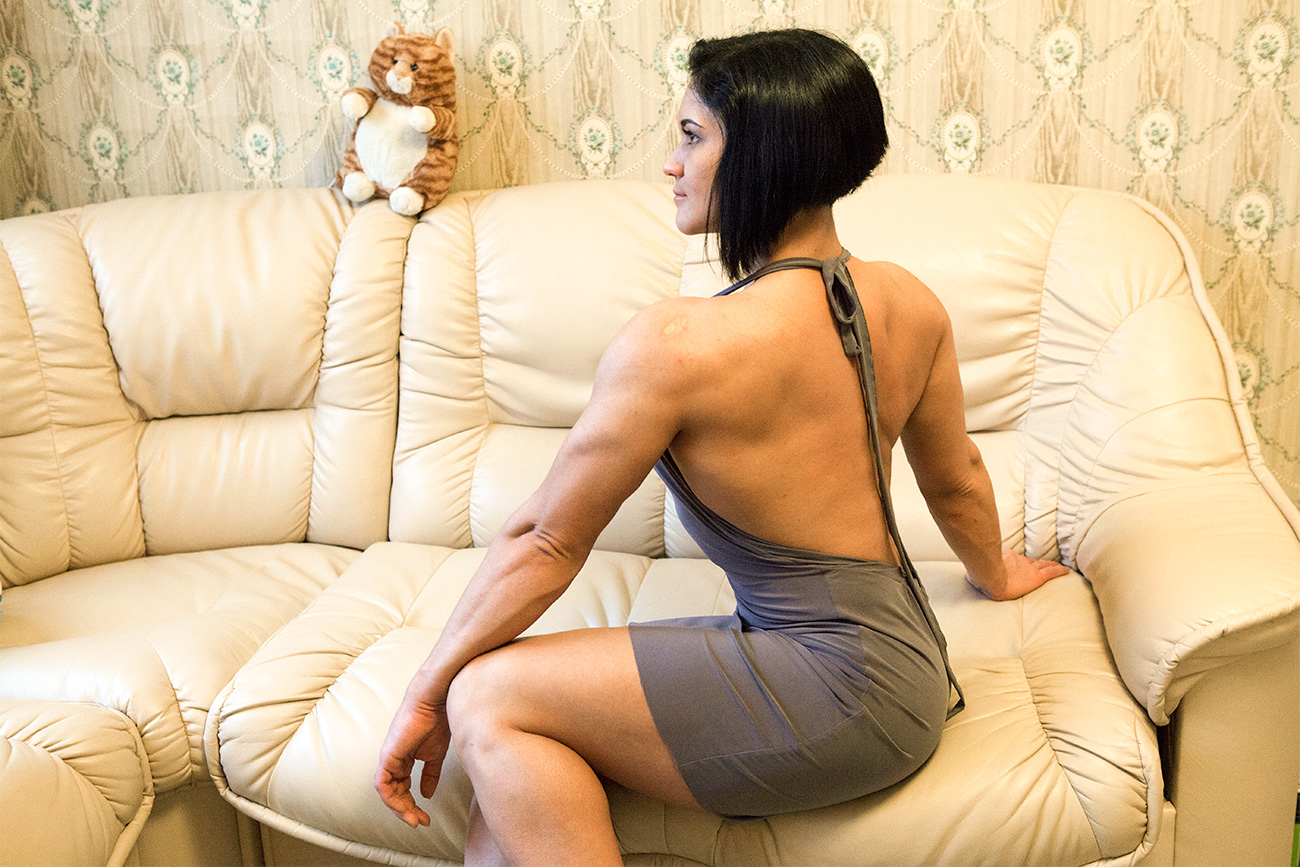 Yevgeniya Vasilyeva, 36, single   I always liked the athletic look and wanted to be like that. In 2015 I became champion of the North-West and St. Petersburg Region (“Leningrad Oblast”), and came second in the Russian championship in the Classic Bodybuilding division. For three years now I’ve been a fitness trainer, and before that I worked as an accountant.People generally don't overreact to the way I look. Men pay more compliments, but sometimes women have a nice word to say too, which is especially appreciated.I think that real femininity is not about how a person looks. Sometimes you see a photo and a woman seems feminine, but in real life she acts differently. 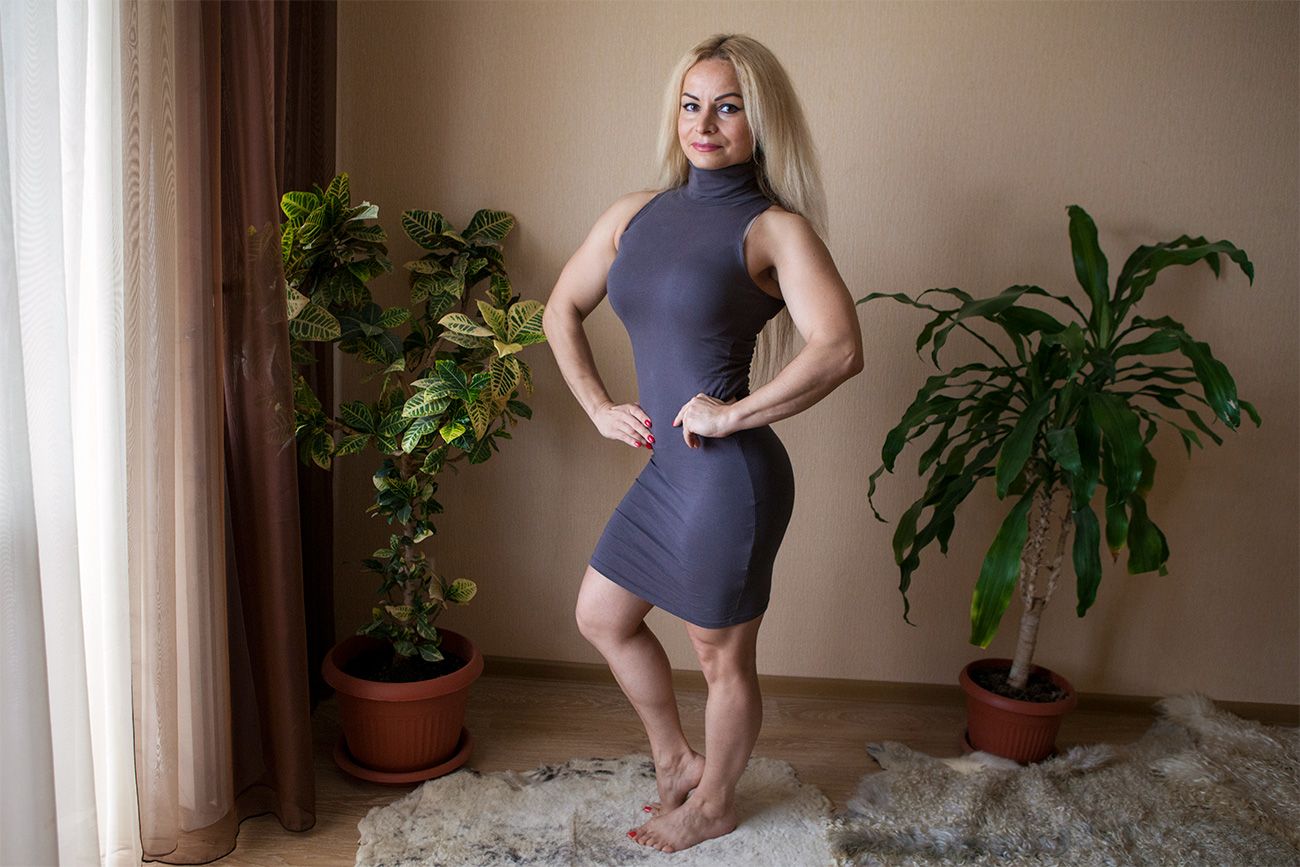 Yulia Baranova, 39, married, two childrenInjury put an end to my career as a sports gymnast when I was 18. I was diagnosed with a spinal hernia and was confined to a hospital bed. I started going to the gym and gradually built up a muscled physique. Eventually I decided it was time to compete.I was 2014 champion of Russia in the Body Fitness division, a prize-winner in the Tula, Bryansk and Oryol regional championships, and a finalist in the Samson-2015 national championship.Now I work as a gym instructor. Working out doesn’t spoil the female figure. In my opinion, it only improves it. My husband and sons all know that mom is beautiful.