Travel
Ksenia Isaeva
We've chosen 9 more kremlins besides Moscow’s one, and strongly recommend that you visit them all!

The word “kremlin” in Russian refers to any medieval citadel in the center of an ancient Russian town or city. In the 18th and 19th centuries, these strongholds lost their strategic importance and were often torn down and used for construction materials. Most of the surviving fortresses have now been turned into museums, each with its own legend that lives on behind the walls.

The Kremlin (with a capital “K”) is the most popular sight in Moscow. All tour guides make a point of showing visitors its red walls, the Tsar Bell, the Tsar Cannon and the Taynitskaya (Secret) Tower. 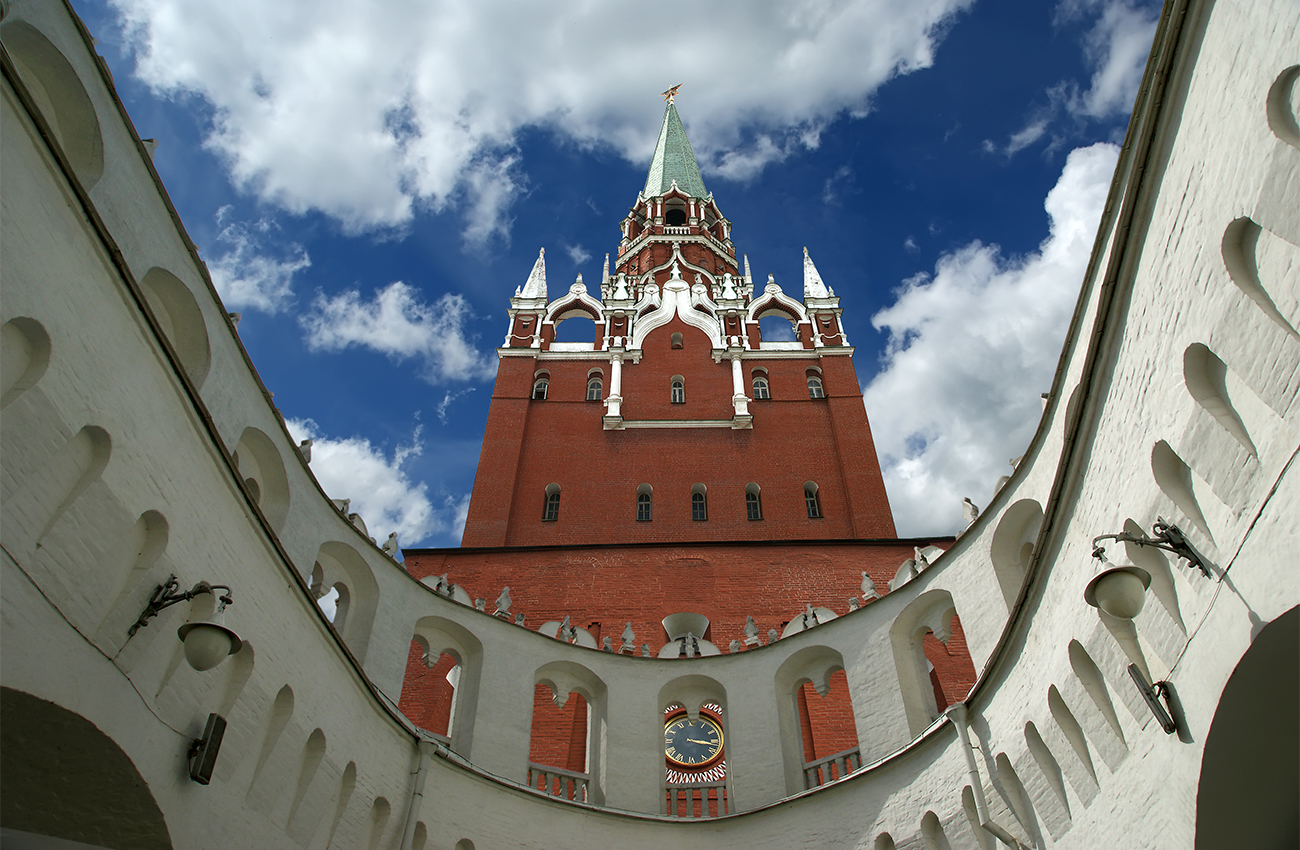 The Rostov kremlin (built between 1670-83) is among the few fortresses built not for defense, but as a seat of the local Orthodox bishop (metropolitan). Its walls were designed to please the eye rather than to protect the inhabitants. After the Russian army had suffered a crushing defeat at the hands of the Swedes in the Battle of Narva in 1700 and lost all its artillery, Peter the Great gave orders to take down iron bells in churches and monasteries, melt them down and recast them into cannons. Although even Moscow did not escape the bell-stripping campaign, Rostov was somehow bypassed. 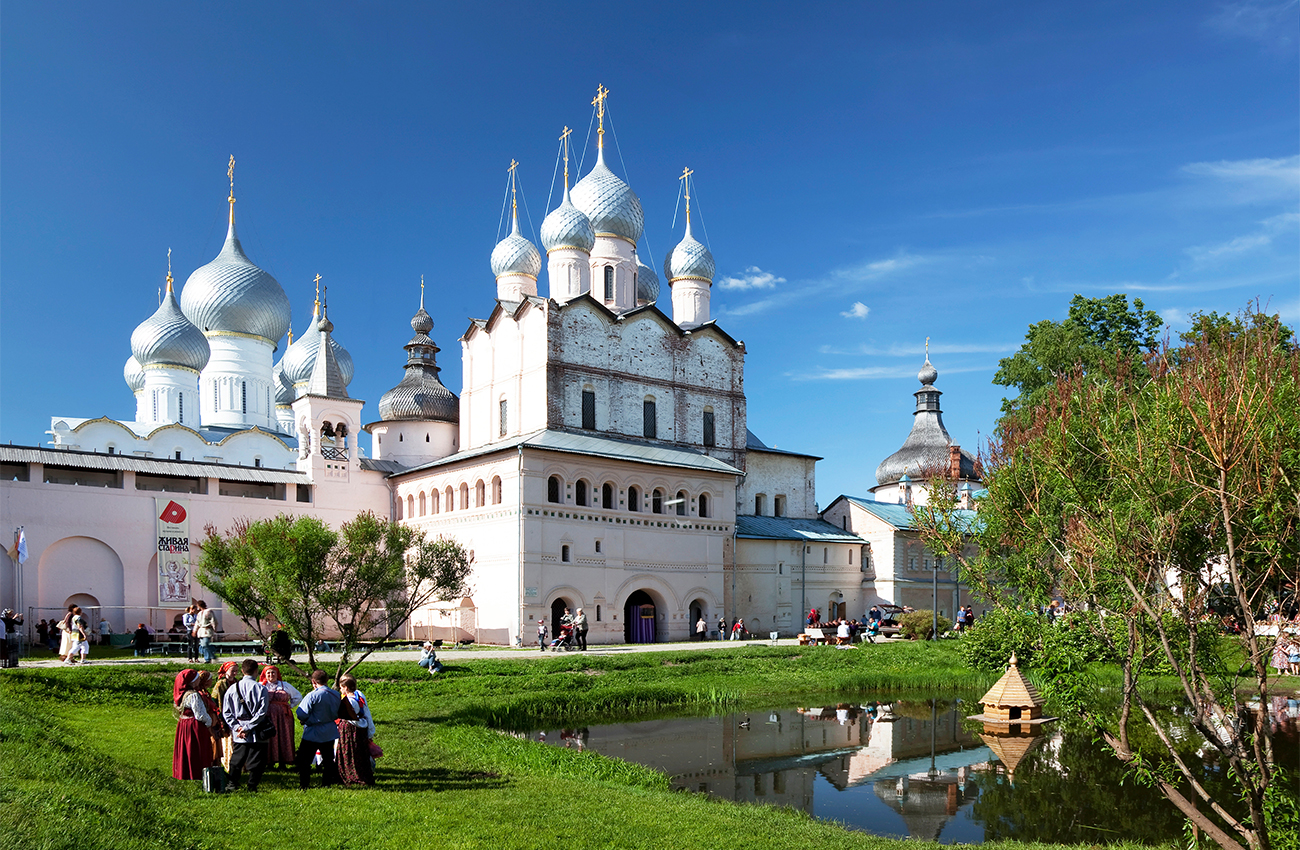 Dominating the city skyline is the kremlin, UNESCO heritage and Kazan’s ancient fortress, built between 1554-62. There is a large mosque as well as a Russian Orthodox cathedral. Tatarstan became part of Russia during the reign of Ivan IV (the Terrible), whose forces put the city under siege in 1552. Next to the mosque, the Annunciation Cathedral is revered by Orthodox believers as the home of the icon of Our Lady of Kazan, one of the holiest in Russian Orthodoxy. / Zylant dragon, the symbol of the city, in front of Kazan kremlin. 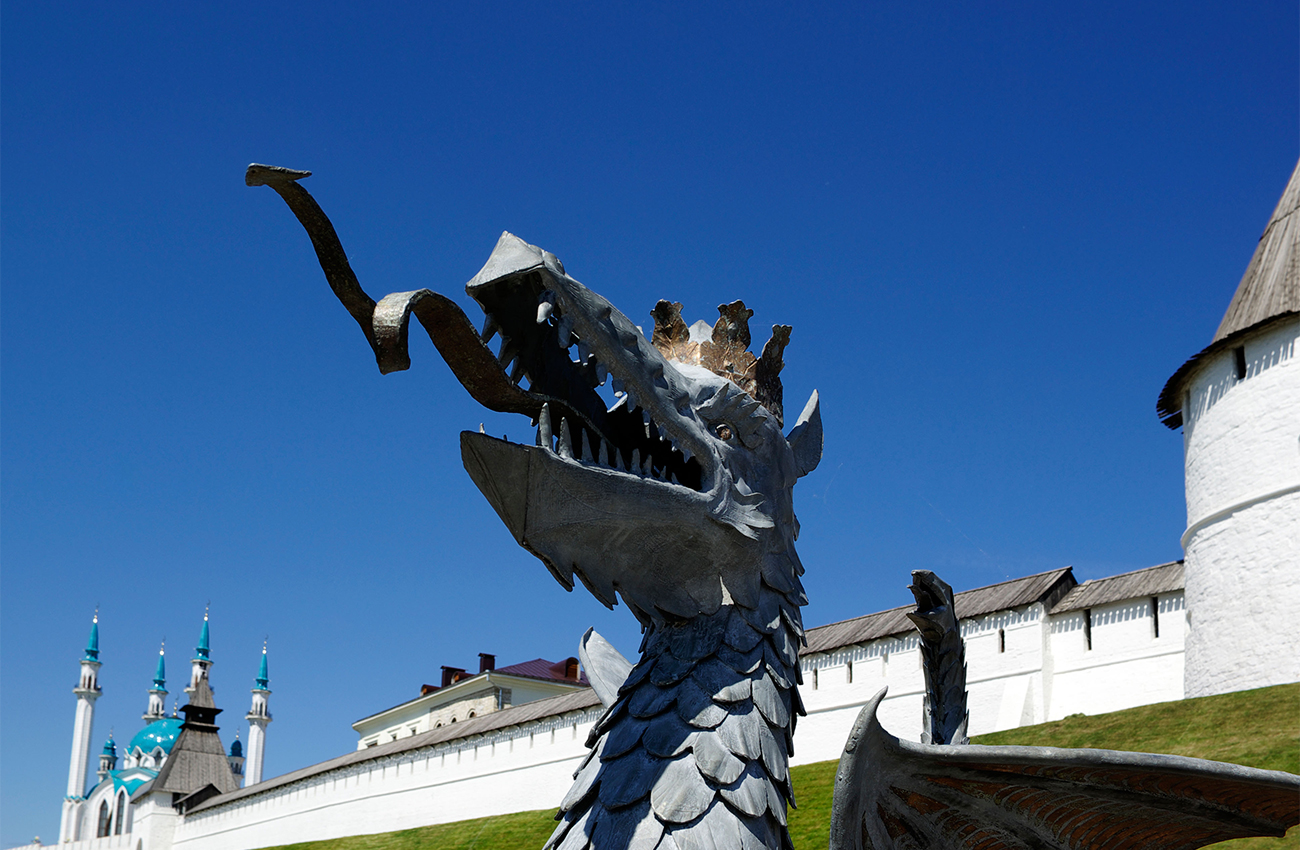 The Kolomna kremlin (built in 1531) was one of the biggest fortresses of the time, but in the 18th and early 19th centuries, the locals took most of it apart using the aging walls as a source of construction materials. Only the decree of Russian tsar Nicholas I Romanov helped preserve what remained of the fortress. The Kolomna kremlin had 17 towers, one of which was named after Maryna Mniszech, the wife of  False Dmitry I , who was reportedly incarcerated in that tower where she subsequently died. One of the legends, though, says that she did not die, but rather turned into a magpie and flew out the window. As a result, it was called Marina’s tower. 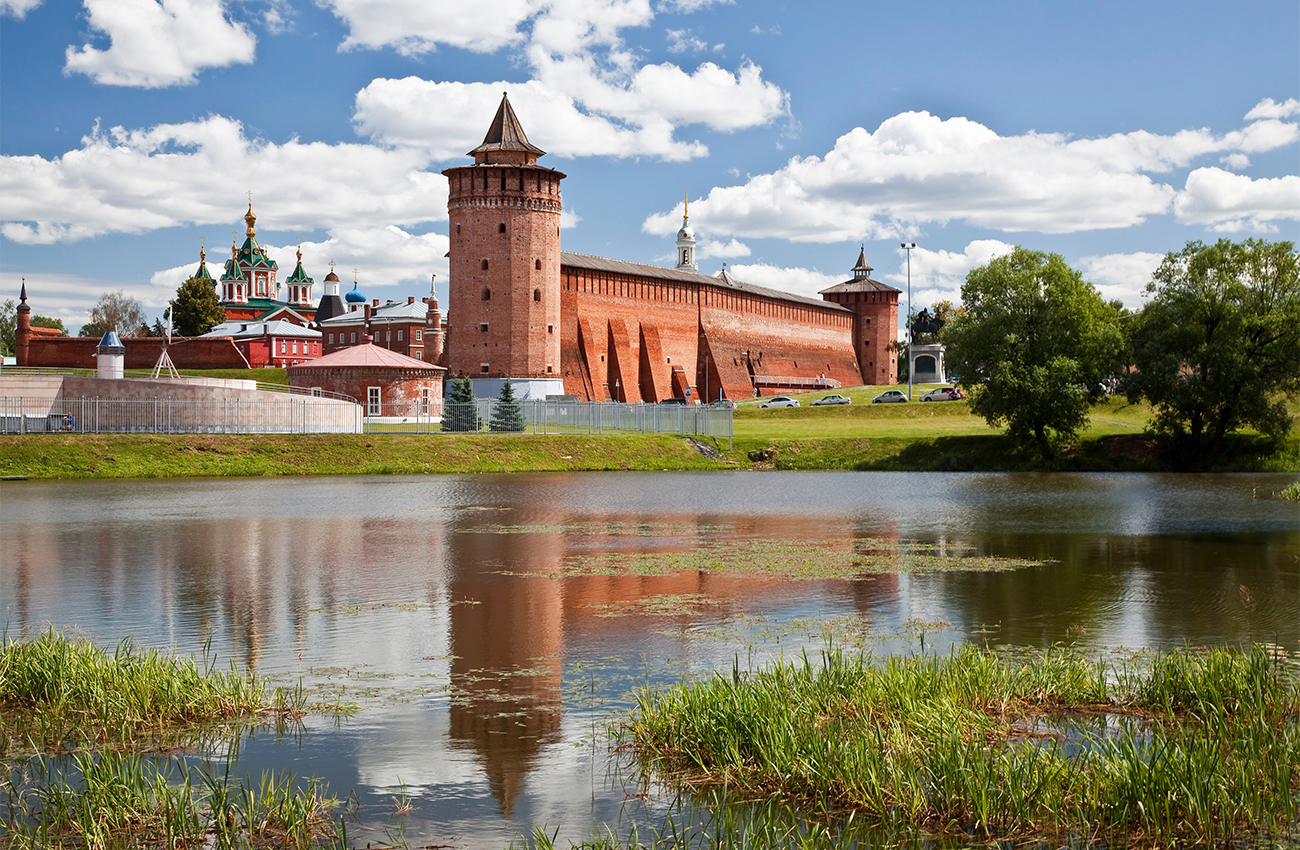 Inside the kremlin there is an excavated settlement that was ruled by Prince Dovmont in the 13th century. At one time it was an impressive complex of defense constructions with walls, gates, churches and chambers. Today this is Pskov's Pompeii: the foundations of two churches discovered by the archeologists can offer a lot of details about what life was like in during the time of Prince Dovmont. Inside the kremlin there is only one church, the Trinity Cathedral, constructed much later in a style typical for church architecture in the 18-19th centuries. Wooden walls of the kremlin were built in 8-10th centuries. 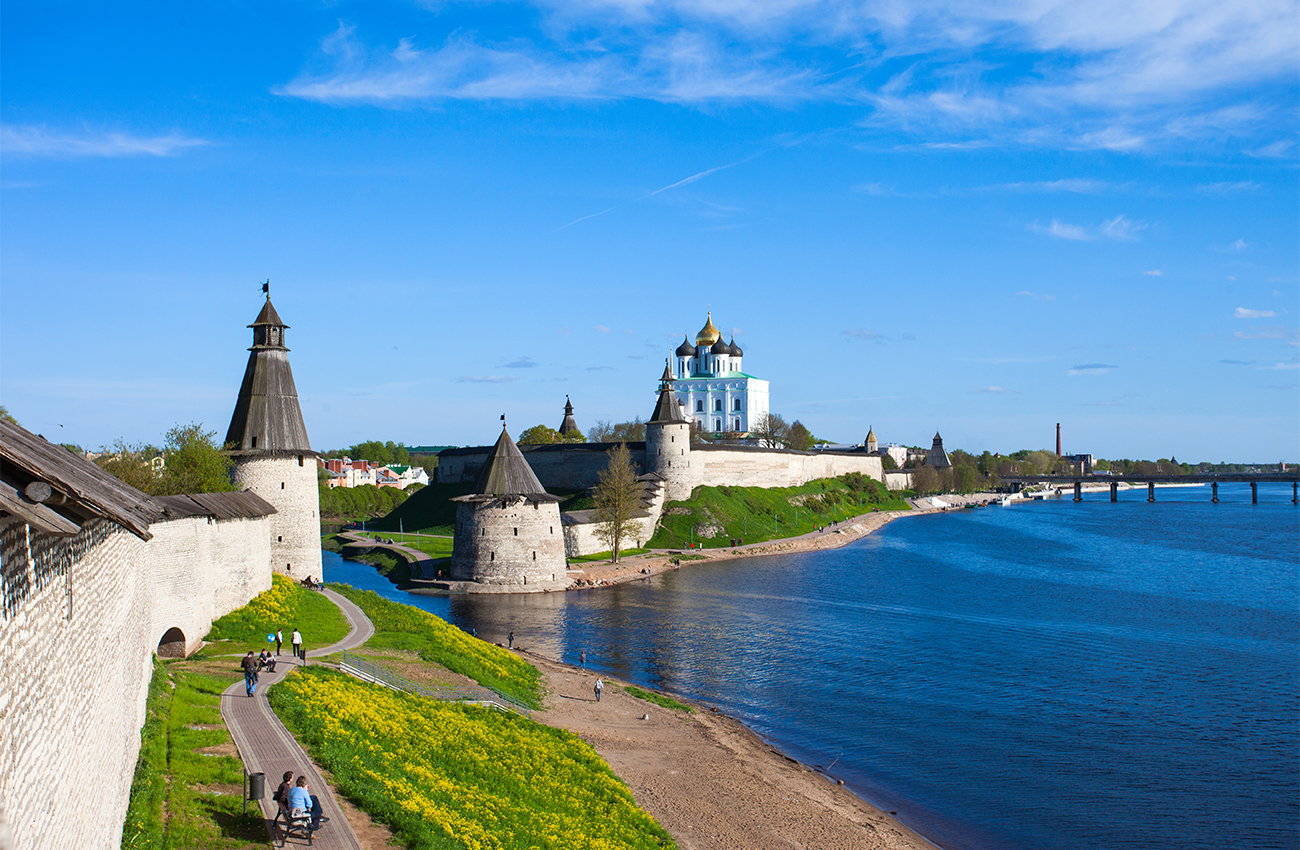 Astrakhan's historical center grew around the kremlin (built between 1562-89), whose foundations were laid back in the times of Ivan the Terrible. These days, the kremlin houses an ethnographic museum devoted to the culture and everyday life of the peoples of Astrakhan Region, as well numerous exhibitions in its Artillery Tower, Red Gate Tower, and Torture Tower. The Astrakhan kremlin is a UNESCO world heritage site.

Apart from giving the world its spice cakes, the city of Tula has played a big role in Russia’s history. This place was the ultimate stopping point for successive waves of Tatar invasions. It also boasts one of the oldest fortresses in Russia, the Tula kremlin, built between 1514-20. In all likelihood, it was erected by Italian architects who came to Tula after completing the Moscow Kremlin. Historians say that the citadel was built by several crews, which would explain the apparent difference between its walls. 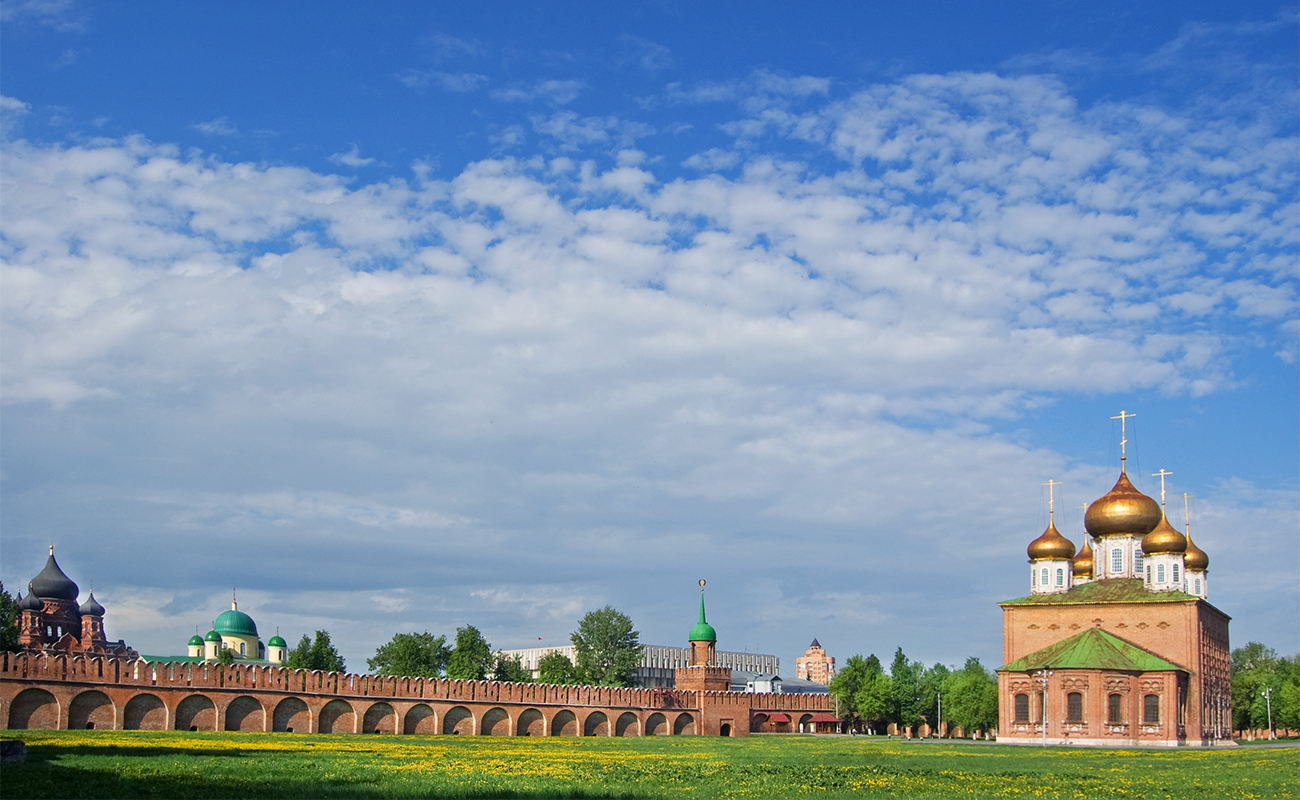 Tobolsk has the only stone fortress in Siberia. The stone walls and the towers of the kremlin were constructed between 1683—1799. It contains a bell tower especially erected as a place of “exile” for the bell that sounded the alarm in the city of Uglich following the murder of Prince Dmitry, the real son of Ivan the Terrible. On orders from Prince Shuisky, the bell was subjected to a formal execution, the same that was applied to humans: its clapper and canons were removed, and the bell itself was exiled to Siberia. 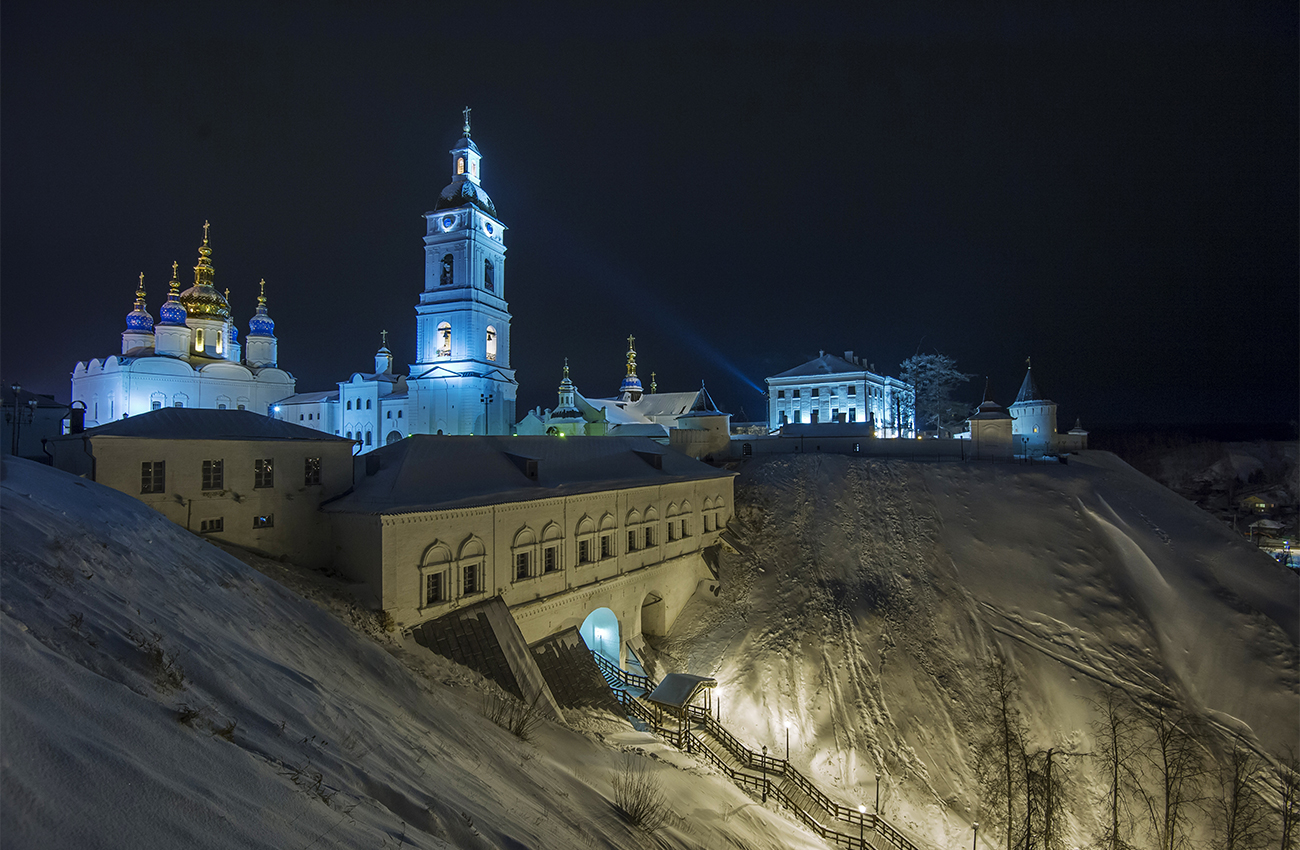 Veliky Novgorod or simply Novgorod has one of the oldest stone citadels in Russia (the first reference to fortifications dates to 1044). It is even listed as a UNESCO world heritage site. Under the reign of Ivan IV, the city became embroiled in political discord. After receiving a tip-off that Novgorod was plotting to cut ties with Muscovy, Ivan IV sieged the mutinous city and subjected it to brutal devastation. According to a legend, the carnage stopped only when a pigeon, having flown from across many seas, perched on the cross at the top of the St Sophia Cathedral and, observing the violence below, turned to stone. 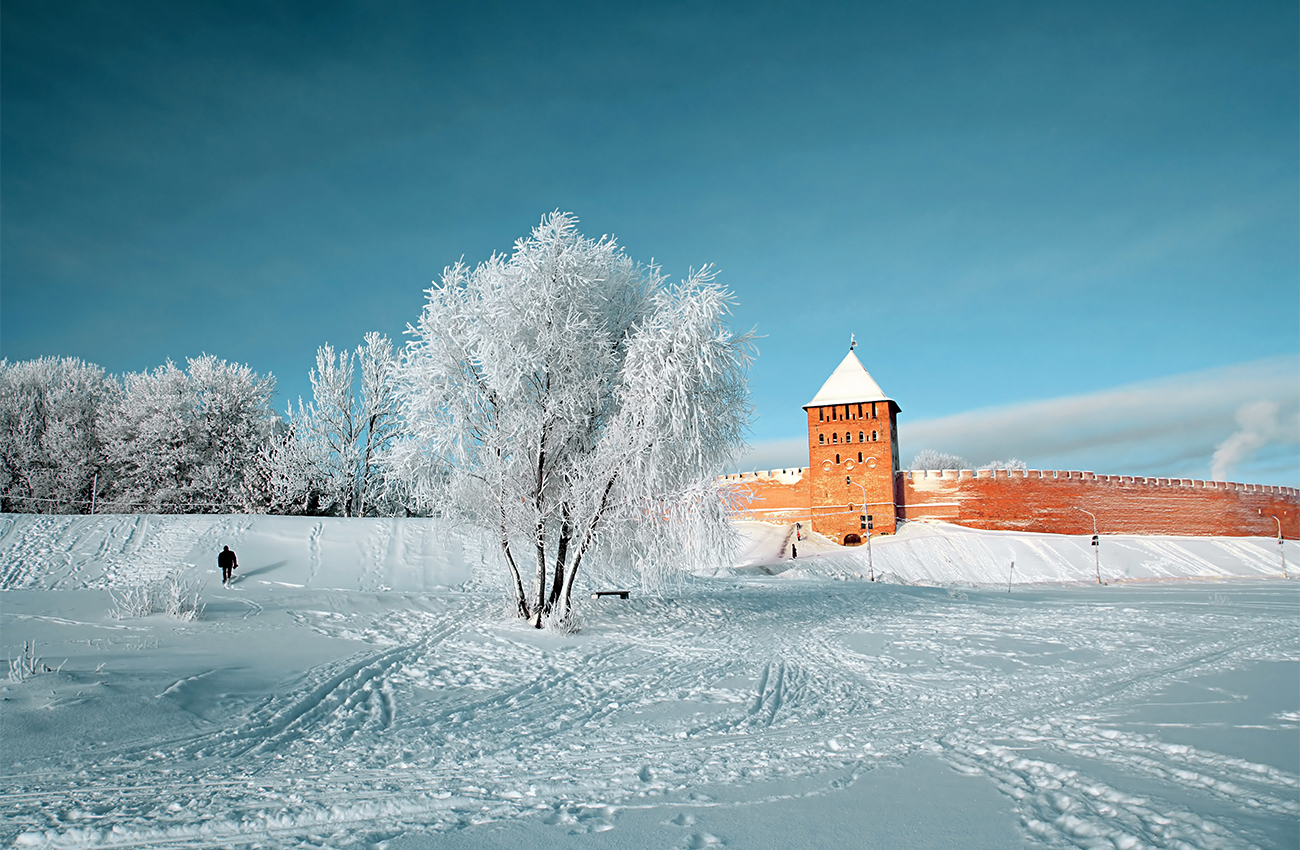 The stone citadel of Nizhny Novgorod was built in the 16th century and served as one of the key defense posts for the young Muscovy state, first against the declining but still formidable Golden Horde forged four centuries before by the invincible Genghis Khan, and later against the Khanate of Kazan. The fortress is reminiscent of a stone necklace spread over the slopes of the Chasovaya (Sentry) Hill. 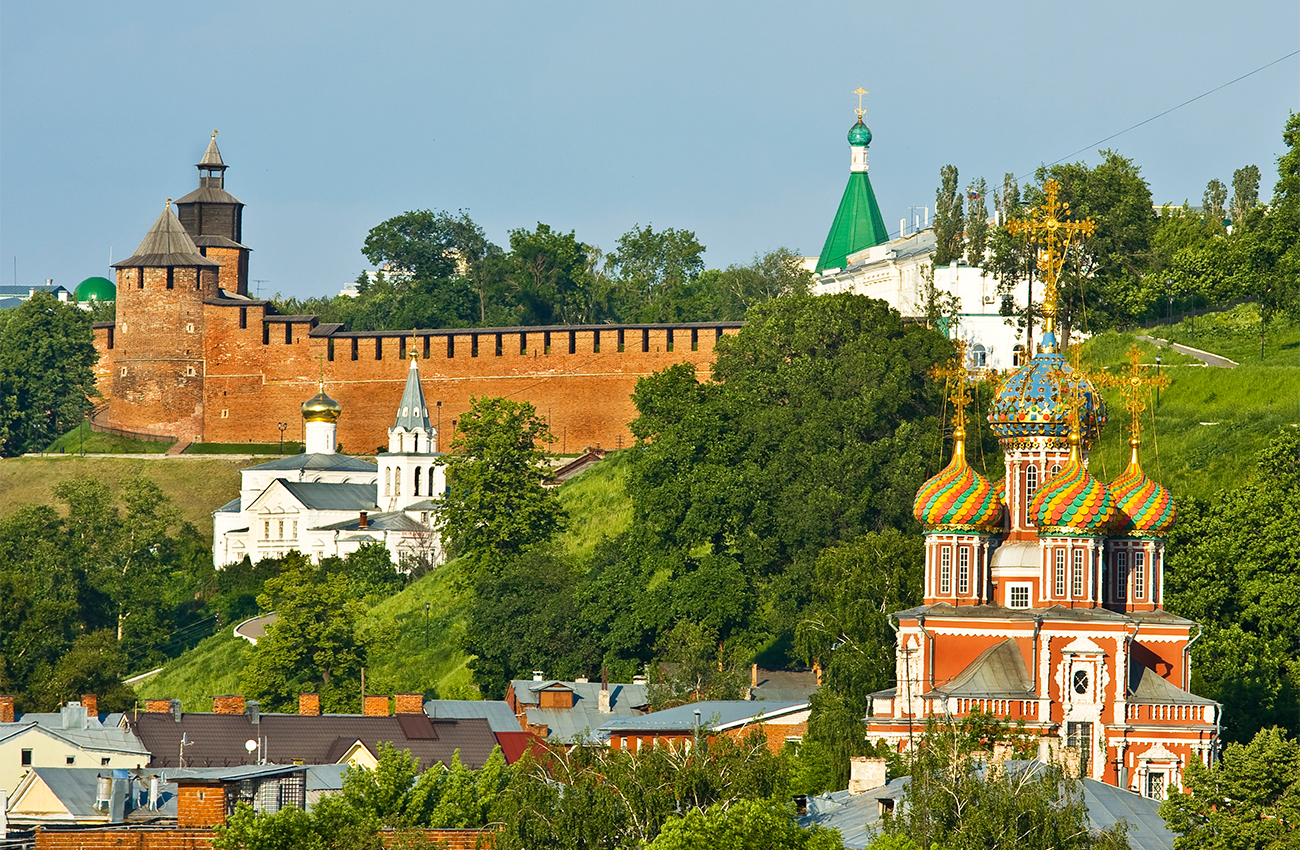