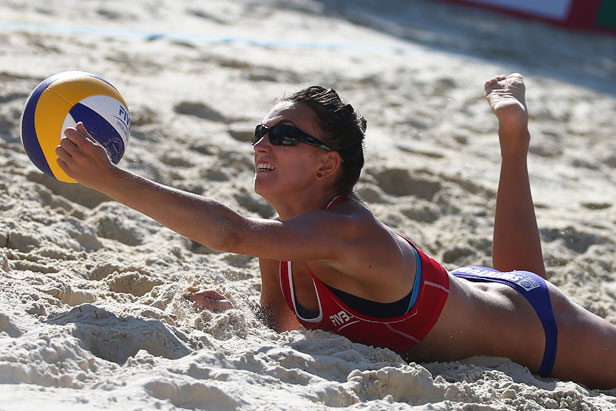 This year, the venue of the tournament has changed – instead of Poklonnaya Gora, the home of Victory Park, the athletes will be competing on the banks of the Moscow River near the Vodny Stadium in the northwestern part of the city.

Although Moscow may seem a strange venue for a beach volleyball tournament, some of the world’s strongest players have turned out for the event, including four Brazilian teams; the Dutch champions of 2013 Alexander Brouwer and Robert Meeuwsen; Latvians Janis Smedins and Alexander Samoilov, who currently top the world rankings; and the reining European champions, Spaniards Adrian Gavira and Pablo Herrera. In the women's competiton, the favorites – apart from the Russian pair Evgenia Ukolova and Ekaterina Khomyakova – are the Brazilian and German teams.

In order to ensure that the number of spectators will not be dependent on the vagaries of the weather, arrangements have been made to provide raincoats to fans at the decisive matches. The precautions are based on experience – it has rained during every previous Grand Slam tournament in Moscow.