HeliRussia shows means for millionaires to get around Moscow 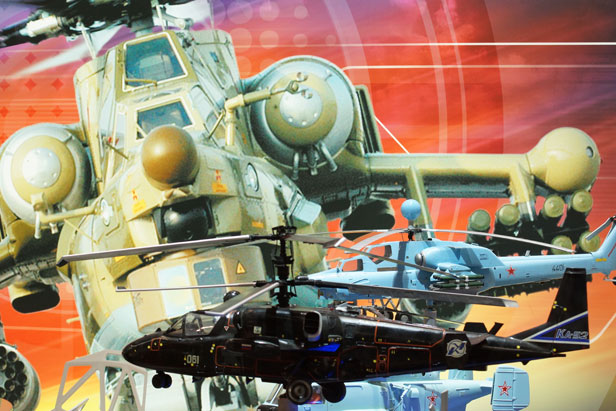 From May 22 to May 24, Moscow hosted one of the largest events in the global helicopter industry, the 7th International Exhibition for the Helicopter Industry HeliRussia 2014.

Production of helicopters in Russia has soared 66 percent since 2009 - a record in the Russian machine-building industry. Exports are continuing to rise, with the Middle Eastern and Latin American markets showing significant growth, and orders already being placed for models still in development.

Exports of combat and attack helicopters are rising. According to Deputy Head of the Department of Helicopter Technology and Services (Rosoboronexport), Vladislav Kuzmichev, the company plans to export more than 300 military helicopters before 2018.

"From 2015 through 2017, deliveries under signed contracts will total about 200 helicopters of various types to 12 countries,” said Kuzmichev. According to him, this year exports will remain at their 2013 level (140 machines).

Among the most promising markets are countries in Southeast Asia and the Middle East (including Iraq). In 2014, Mi-17V-5 and Mi-171SH multipurpose helicopters, as well as Mi-35M and Mi-28NE military helicopters, will be delivered to nine countries. This year, Russia will begin exporting the Mi-28N combat helicopter to Iraq.