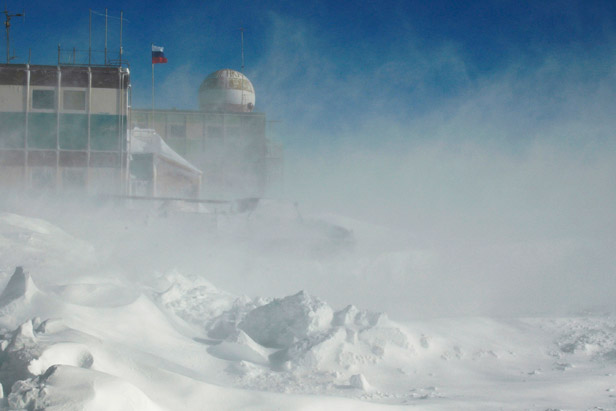 The Arctic ice layers has reached a historical low in 2012. Vanishing ice has made quite a lot of problems for scientists. The icebreaker “Rossiya” had to help them several times already. Last October, "Rossiya" had sail all around the North Pole to find a suitable ice floe for the current "NP-40"(NP is short for North Pole) station. In April 2012 the whole research station NP-39 was moved to another ice floe.

According to the recent desicion of Russian government, local services start developing a self-propelled, ice- strengthened floating platform for scientific research. The project will cost state budget $ 56 millions. The brand new "NP" station should be ready-to-go in 7 years.

By the way, Russia has had floating research stations in the Arctic since 1937. Since that time some 800 people were drifting at "NP" stations.