How to predict a meteor shower 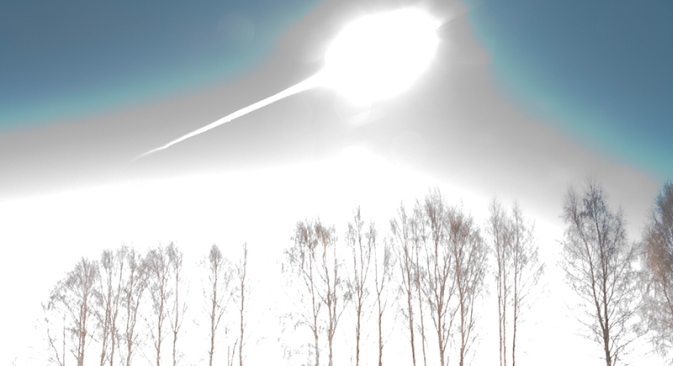 Astronomers have more or less learned tracking the potentially dangerous objects that can arrive to us from outer space. But the humanity has not yet invented a way to destroy the heavenly strangers before they invade the earth's atmosphere. Watch RBTH video to find out is there a threat of a new meteor shower in the near future.

Meteor shower in the Russia's Sverdlovsk region smashed windows in several houses and injured more than 1000 people, according to reports from Russia's media. This accident brought about discussions among both pundits and Russian officials about the size of the metiorite as well as the difficulties encountered in predicting such events.