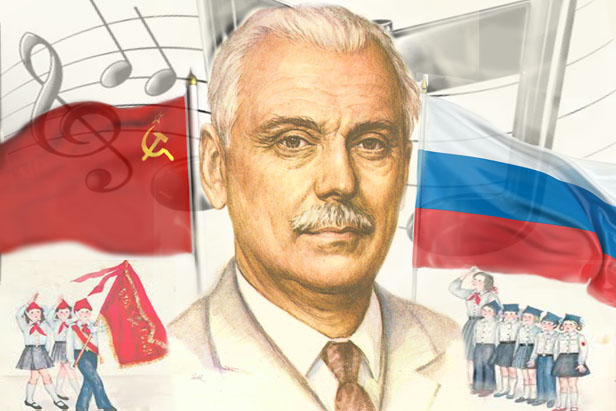 Today, the 13th of March 1913, Russian poet Sergei Mikhalkov was born. Besides hundreds of poems for children, that every Russian kid knows by heart, he is the author of the Soviet anthem (in two a bit different variations), and the modern Russian anthem. The music never changed, though the words altered each time under the influence of politics.

Russia sought a new anthem in 1990 to start anew after the collapse of the Soviet Union. The lyric-free "Patrioticheskaya Pesnya", composed by Mikhail Glinka, was officially adopted in 1990 by the Supreme Soviet of Russia and confirmed in 1993 by President Boris Yeltsin. The government sponsored contests to create lyrics for the unpopular anthem because of its inability to inspire Russian athletes during international competitions. None of the entries were adopted, resulting in the restoration of the Soviet anthem by President Vladimir Putin. The government sponsored a contest to find lyrics, eventually settling on a composition by Mikhalkov.

According to the government, the lyrics were selected to evoke and eulogize the history and traditions of Russia. The new anthem was adopted in late 2000, and became the second anthem used by Russia since the dissolution of the Soviet Union.