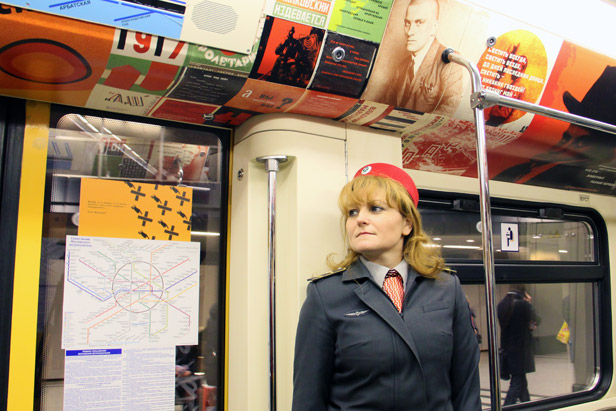 A special "poetry" train dedicated to Russian avant-garde poet and artist Vladimir Mayakovsky started running in the Moscow metro. The opening ceremony marked the 120th anniversary of the poet’s birth.

The walls of the train carry Mayakovsky's poems and poster that he created in 1910s. This was arranged by the Moscow metro and the Mayakovsky Museum.

The train will be running along Filevskaya line of the Moscow metro until July, 31, 2013. By the way, there is a metro station in Moscow, named after Mayakovsky, which was opened to the public in 1938.

There are several other special metro trains in Moscow: the "Aquarelle Train" with art reproductions, the "Reading Moscow Train" with extracts from illustrated literary works, and the "Sokolniki Retro Train", which looks exactly like the first Moscow Metro train, both inside and out.