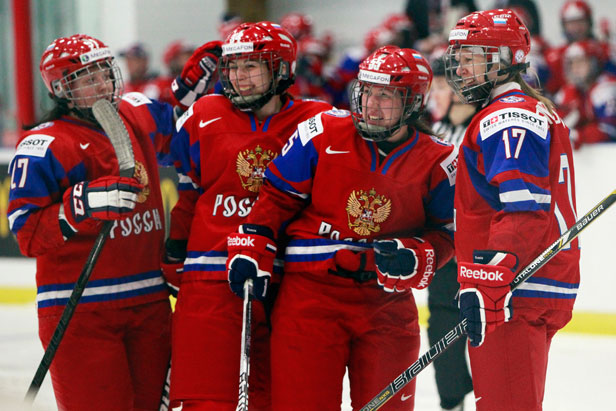 Russian women warming up before Ice Hockey World Championship from Russia Beyond The Headlines on Vimeo.

They may not have the illustrious history of their male counterparts, but the Russian women’s ice hockey team is on the up.

With a new young manager in former NHL star Aleksey Yashin the women are ready to take on new heights.

Since its inception in 1990, only two teams have ever won the women’s World Championships, reigning champions Canada, and the USA. But, despite such dominance, an exuberant Yashin believes anything can happen with the flick of a puck.