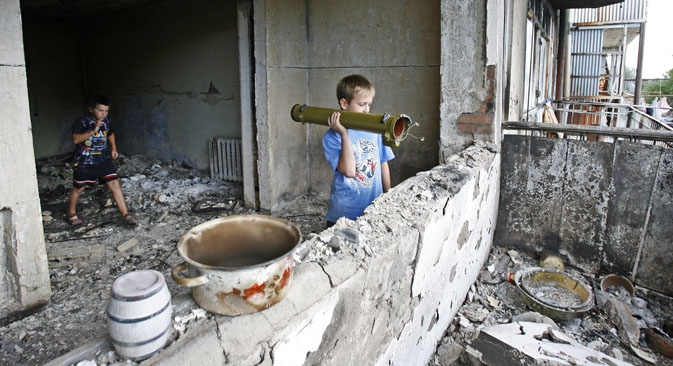 Uneasy relations between Georgia and South Ossetia started in the late 1980s and on the night of August 7 to 8, 2008, Georgian troops began shelling Tskhinval, its capital. The dreadful war lasted for one week and was a bitter tragedy for the Ossetians. The local people are slowly awaking from the conflict and trying to lead peaceful lives.

Watch the first part of the film

Society still perceives Russia as a country that has recognized the independence of South Ossetia and freed its people from the horror of war and uncertainty – and for this, its citizens consistently express gratitude to Russia. Almost all residents of Tskhinvali say that the main achievement of the last five years was the ability to sleep peacefully, without fear of another war breaking out.

Meanwhile, relations between South Ossetia and Georgia remain extremely tense. On the South Ossetian side, a process of strengthening the border has been going on for several months. Georgia has complained loudly, saying that Russian border guards have moved the boundary line deep into its territory. South Ossetia has countered with the argument that this is simply the process of demarcation.