The most large-scale procession of the cross in Orthodox Russia 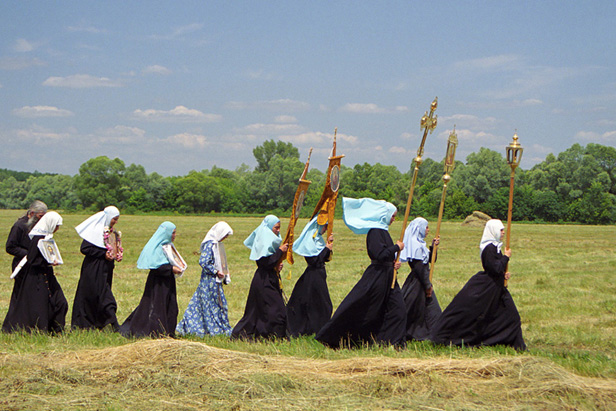 40,000 pilgrims from all over country walk 160 kilometers for 5 days following the icon of St. Nicholas the Wonder-worker. In just 5 days pilgrims are expected to cover the city of Kirov – Velikaya River (village of Velikoretsky in Yurian province of Kirov region) – Kirov city route. We meet some of the Orthodox and asked what motivates them to take part in this challenging and demanding pilgrimage.

The tradition is traced back to 1383, when a local resident of Krutytsy Village, Semen Agalakov, found the holy icon of St. Nicholas on the river bank. A wooden chapel, a place for pilgrimage, was built there later on. In 1392, the icon was sent to the city of Khlynov, later renamed to Vyatka, and now known as Kirov. The residents of Khlynov vowed to come back to the place annually where the holy icon had been found. This is how the Velikoretsky Procession of the Cross, one of the oldest traditions of Vyatka region, emerged.