Scorching caterpillar tracks: How to drift in a T-80 tank 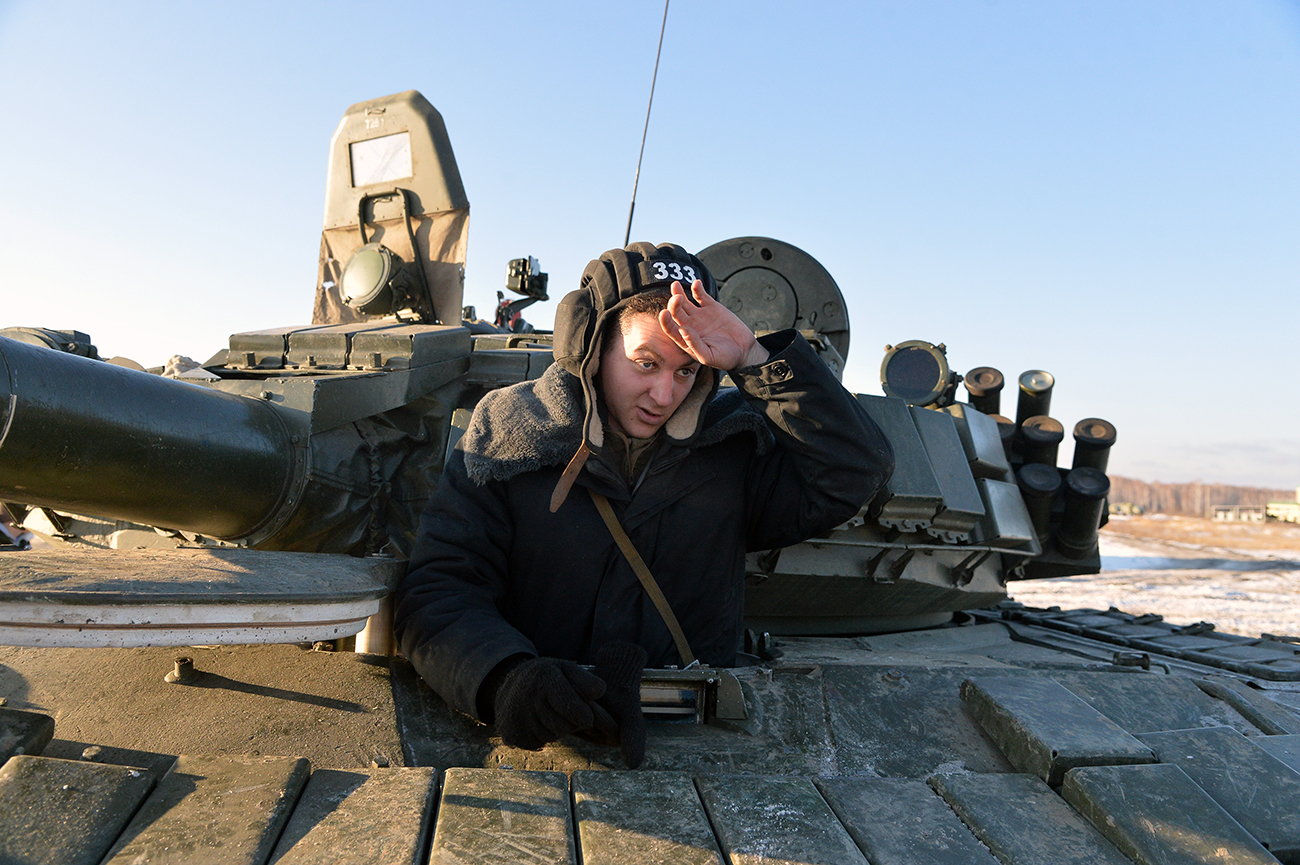 A tank driver in the T-80 tank

A Russian tank crew became an online sensation after pulling a 180-degree bootleg turn in a 46-ton T-80 tank.

Judging by the video, the drift master class took place at a Russian military base, although it is not specified which. Evidently, they don’t want to be invaded by TV cameras and then called on the carpet.

After a trip to the United Arab Emirates in 1993, the Russian Army’s T-80 was christened the “flying tank” no less.

Back then, a quarter century ago, during a demonstration run, a T-80 flew off a trampoline with the roar of a plane, nosedived and successfully destroyed its target before landing with a hefty bump back on terra firma.

The T-80 tank is equipped with a 125-mm smoothbore cannon and a 7.62-mm PKT machine gun. In addition, the commander’s turret comes installed with a 12.7-mm NSV (Utyos) antiaircraft heavy machine gun.