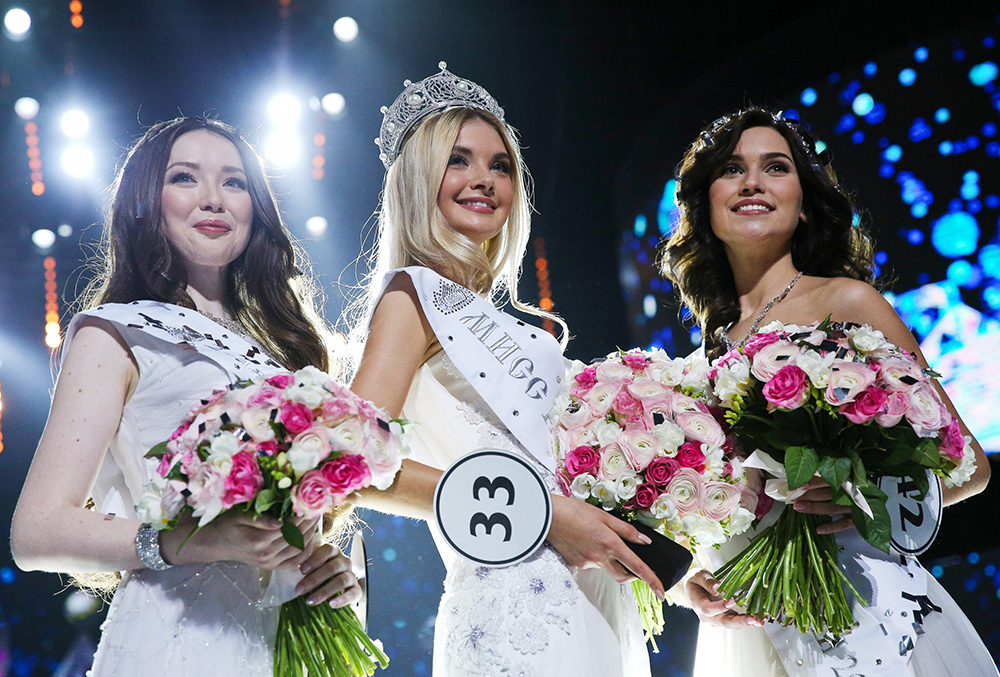 Kyrill Zykov / Moskva agency
The title of Russia’s most beautiful woman went to Polina Popova, 21, from Yekaterinburg, a model who has spent the last six years shooting in Europe, America and Asia.

The title “Miss Russia 2017” was hotly contested by 50 ladies from all over the country.

The criteria for the contestants were:

- no tattoos or scars

- no bad habits (not even smoking)

- no intimate photos or videos online

- no husband or children

The winner receives a crown made of white gold costing $1 million, a cash prize of 3 million rubles ($ 53,000) and a car. For second and third place, grants are awarded to study at any university worldwide.

In the end, it was 21-year-old Polina Popova, a blonde bombshell from the Urals, who was declared the face of Russia.

The new Miss Russia lives in her native city of Yekaterinburg (1800 km east of Moscow), but has spent the last six years modeling around the world for an agency from her hometown.

At one point she even thought of enrolling at university in China, but changed her mind in favor of studying in her native Russia. Polina has not yet decided on her future profession or place of study, but she does intend to buy a place of her own “in the very near future.” She plans to spend the 3 million rubles, plus her modeling earnings, on an apartment.

Polina will now represent Russia in the “Miss Universe” and “Miss World” competitions.

Interestingly, it is the third year in succession that the title of “first beauty” has gone to a woman from the Urals. Polina Popova was handed the crown by last year’s winner and native of Tyumen (2100 km east of Moscow) Yana Dobrovolskaya. And the year before that, the contest was won by another Yekaterinburg local girl, Sofia Nikitchuk.