The Russian Pacific Fleet's Admiral Nevelskoi and Peresvet landing ships will call at the Syrian port of Tartus, a Russian Navy logistic support base, in the second half of May, a spokesman for the Navy Main Staff told Interfax-AVN on Saturday. 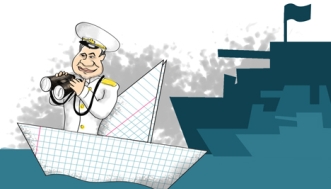 "A unit of Pacific Fleet ships led by the Admiral Panteleyev anti-submarine vessel will perform a number of combat practice missions as part of an inter-fleet naval group in the Mediterranean Sea. In addition, the delivery of cargoes to the Syrian port of Tartus in the second half of May will be among the main purposes of the Admiral Nevelskoi and Peresvet landing ships' long-range cruise," he said.