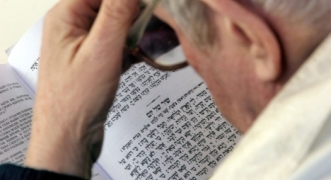 Medinsky said that it was necessary "to digitize and list" the documents.

The minister said that the legal grounds for a U.S. Hasidic group's demands to hand over the Schneerson Library to the United States are almost the same if "we were to demand the library of the French parliament."

Medinsky said that the Esterhazy book collection was in the process of being returned to Austria: "The digitalization is almost complete and is posted on the website of the Foreign Literature Library."

Washington Federal Judge Royce Lamberth ruled in August 2010 that hasids had proved the legitimacy of their claims for the ancient Jewish manuscripts kept illegally in Russia. The Russian Foreign Ministry said in response that the ruling was illegal.

It emerged on January 17, 2013, that the Washington Federal Court had imposed a daily fine of $50,000 on Russia for not complying with the ruling.

Russian President Vladimir Putin said it was impossible to hand the Schneerson Library to the United States and offered to bring it to the Jewish Tolerance Center in Moscow to provide access to the collection for everyone.