Rosoboronexport has agreed with the Peruvian Defense Ministry on the delivery of 24 Mil Mi-171Sh military transport helicopters, Rostec said.

"A contract on the delivery of Mil Mi-171Sh military transport helicopters was signed between Rosoboronexport and the Peruvian Defense Ministry in Lima on December 17, 2013," says a report of the state corporation's press service obtained by Interfax-AVN

"This is the biggest military-technological contract concluded with this country in the modern history and one of the most significant deals stricken on the world military transport helicopter market," the report said.

Has Russia reached the ceiling in arms exports?

"Helicopters built by Rostec's Russian Helicopters Holding will be delivered to Peru in 2014-2015. The first delivery will reach Lima by the Peruvian Army Day observed on December 9," the press service said.

"This contract is another proof of a high degree of competitiveness of Russian helicopters," Rostec international cooperation department chief Sergei Goreslavsky said.

"Russia will open a service center in Peru in 2016 consistent an offset program to give maintenance and repair helicopters delivered under this contract and acquired earlier. The center will be property of the Peruvian Defense Ministry," he said.

The opening of the helicopter service center will keep the helicopter fleet in a state of permanent operative preparedness and enable its efficient use against drug trafficking and terrorism, primarily in remote areas of the country.

The Peruvian Armed Forces procured eight Russian helicopters (six Mil Mi-171Sh military transport vehicles and two Mil Mi-35P assault vehicles) in July 2010. The delivery was complete in October 2011. On the whole, approximately 100 helicopters built in the former Soviet Union and Russia have been supplied to Peru since the late 1970s. The Peruvian Army has been using Russian-made Mil Mi-8/17 and Mi-24/35 helicopters for a long time. 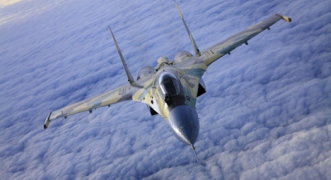 They have proven to be efficient in the cleanup of aftereffects of floods, earthquakes and other natural and man-made calamities, search-and-rescue operations and evacuation of the injured. For instance, Argentina is successfully using these helicopters in transportation operations of its Antarctic expeditions.

The new engine and upgraded parameters considerably increased the helicopter's ceiling and climb speed and improved its maneuverability. The new properties open up new possibilities of the Mi-171Sh use in highland areas and hot climate.

Russia ranks second, after the United States, by the overall exports of military products. Rosoboronexport supplies stood at $12.9 billion in 2012 and 18 percent of weaponry went to Latin America, the report said.