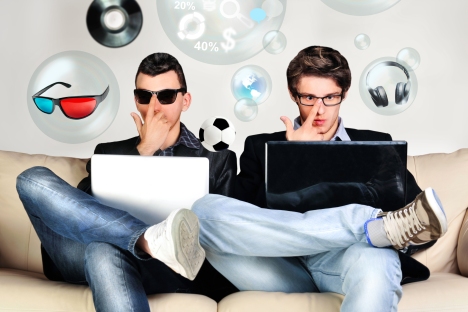 The Russian developers of Startup Sim say that their product aims to give mobile games “first-hand experience of what it's like to be Zuckerberg, Brin, or Musk”.

The Russian developers of Startup Sim say that their product aims to give mobile games “first-hand experience of what it's like to be Zuckerberg, Brin, or Musk”.

The team of developers is not merely a bunch of game nerds; the guys actually have a lot of relevant experience. For example, Ruslan Sharapov and Dmitry Amelin had previously worked for RBC, AnomalyGames, MAD Gaming, Nekki, and Akella. The co-founders say that they were gainfully employed in traffic generation and social media communications, but eventually decided to focus on developing games.

Based on the results of the tests conducted by the developers, the vast majority of even simulated startups - 9 out of 10, to be precise – fail at the early stages, even before the launch.

They are funding their work out of their own pocket. “Obviously, this is a niche product, not really meant for casual gamers,” the creators of the game say. “It is hard to get the big publishers interested. And we do not want offers such as, here’s 10,000 dollars for marketing in return for a 50-per-cent stake in the venture."

Startup Sim developers are well aware that they are not pioneers in this genre, and they are full of praise for Game Dev Story, a well-known startup simulator. They are also keeping an eye on such games as Startup Tycoon and Hipster CEO (which we have already written about). Nevertheless, they are confident that their own game will be even better.

Advantages offered by Startup Sim will include a much greater variability of gameplay.

For example, the gamer will be free to try an early start by launching an energetic publicity campaign when the product is still at the prototype stage (although the media and the business angels may have their own opinions about such an approach).

Another option is to bring the product to the market with the help of crowdfunding; try a viral marketing campaign; put together a star team; wage a campaign of sabotage and industrial espionage against competitors; invest all the money and resources in technical innovation; attempt an exit as early as the second round of investment; sue the media for libel; radically change the original idea and nature of the product at the prototype stage; find a mentor; lay down a house; etc.

The scenario of the game can well be described as “the story of making our first million”. As you have already guessed, the player assumes the role of a company CEO, and makes strategic decisions that will determine the fate of his or her mega-project.

The game is scheduled for release via the AppStore in January 2014. So far, there is no specific date for the Android version, but the developers say they are working as fast as they can.