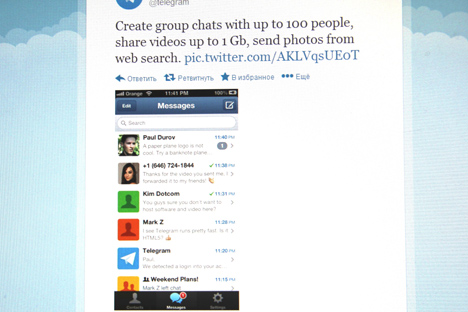 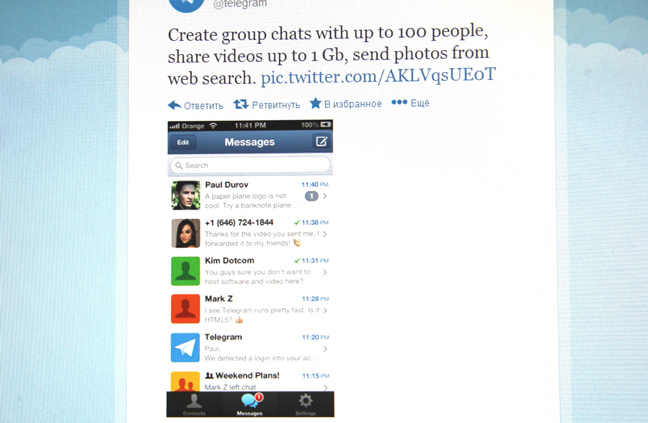 Sasha Grey Inc. says it will investigate the incident and is considering suing the application's U.S.-based developer Telegram LLC.
U.S. lawyer Arkady Bukh comments that if the lawsuit does get filed, the case will be heard by a California federal court. Bukh says 90 percent of such cases are settled out of court because of the steep legal representation costs.

It is worth noting that the Telegram ad on the webpage of the Google Play online store features a chat with the physicist Erwin Schroedinger.

Launched in August 2013, Telegram has already been involved in several scandals. In one such incident, the independent investment group United Capital Partners, which holds 48 percent in VKontakte, expressed its dissatisfaction with the fact that Durov was developing the app under the aegis of his own investment fund, Digital Fortress, and suspected him of channeling VKontakte
intellectual property and programming resources into the new product. Later, Durov was suspected of surrendering the Telegram encryption algorithm to the US security services.