Key Khodorkovsky ally to be released from jail 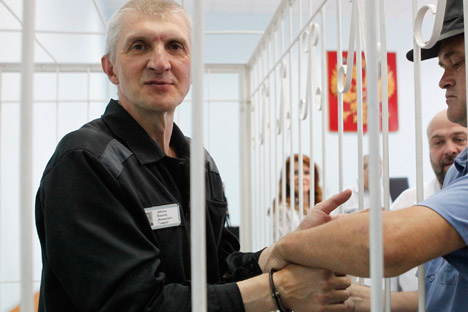 The investigation against the Yukos co-owners Lebedev and Khodorkovsky began in 2003. Source: Reuters.

Platon Lebedev, a key associate of the recently released former Russian billionaire Mikhail Khodorkovsky, is to be freed from jail early, the Russian Supreme Court has ruled. Without that ruling, Lebedev would have had to remain in prison until May 2014.

What does Khodorkovsky’s release mean

The Russian Supreme Court has commuted the sentence of Platon Lebedev, former chief of Menatep company, to the term he has already served, and ordered his release from prison. The court refused, however, to order a review of the sentences in the cases of Lebedev and former Yukos chief Mikhail Khodorkovsky, the Interfax news agency reports.

Lebedev and Khodorkovsky were co-defendants in two trials related to the oil giant Yukos; this has been one of Russia's most controversial cases in recent years. The investigation against the Yukos co-owners began in 2003. The first sentence was announced by the Khamovniki district court in Moscow in late 2010.

Khodorkovsky speaks out in Berlin

This article is based on reports by Lenta.ru, Rbc daily, Newsru.com, and Interfax