Moscow is still hopeful that it could reach an agreement with Washington on a missile defense system, Director of the Russian Foreign Ministry Security and Disarmament Department Mikhail Ulyanov said.

"Such a chance certainly exists. Everything depends on the U.S.'political will," Ulyanov said. 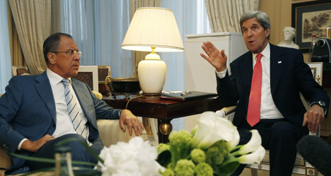 The U.S. administration is aware of Russia's reasons as to how a global missile defense system's threat to strategic stability could be reduced, he said.

Russian and U.S. experts are continuing consultations on the matter through military and diplomatic channels, he said.

Asked about the liquidation of an interagency task force on Russian-U.S. interaction on missile defense, Ulyanov said it was purely technical.

"A decision was made on its rearrangement. The newly established interagency task force on missile defense held its first session on January 17," Ulyanov said.

"Surely, it would be wrong to deny that a dialogue on missile defense has in fact reached a deadlock. However, as is seen from the latest events surrounding, for instance, Iran or Syria, progress is possible even on the most problematic issues if there is political will," he said.