Member of Russia's Presidential Human Rights Council Andrei Yurov, who is also an expert of the Moscow Helsinki Group, was denied entry into Ukraine on Sunday. 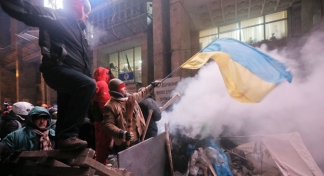 "I was made to fly back to Moscow aboard the same plane. I have just landed at the Sheremetyevo airport," Yurov told Interfax.

He said he had flown to Kiev to attend an international conference and to meet with the Ukrainian human rights commissioner. "There were no contacts with the opposition on my plan. I don't deal with politics," the rights activist said.

"I was stopped at the passport control checkpoint and I was told that I was a persona non grata and would not be cleared into Ukraine. I was also given an official paper saying that this decision had been made by an authorized state agency and I was told that the agency in question is the Ukrainian Security Service. Apparently, I am on the National Security Service's black list of objectionable persons," Yurov, who has a previous record of entry denials to Ukraine, told Interfax.