Science & Tech
Aleksêi Strelets
The technology, which uses filters to protect instruments like night vision scopes, can also be used to improve the resilience of drones.

Scientists at the Siberian State Geodesic Academy (SGGA) have developed a shield system to protect optical devices from damage by lasers.

Dmitry Chesnokov, head of the nano-systems and optical technology department at SGGA, said that the new technology was important for 21st century warfare. Armed forces around the world rely on such instruments as night vision scopes and missile homing devices, but new lasers are being developed that can disable such instruments.

“Our armed forces may well have to face such technologies in the field. That is why we have developed special filters which, with the right engineering approach, can protect against damage by laser," Chesnokov said. 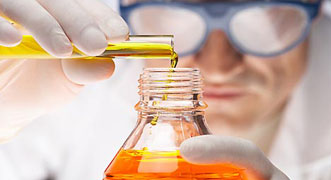 Chesnokov also said that adding the new technology to current weapons would not require any major changes in the design of existing optical systems. Additionally, the increase in the manufacturing costs of such products as night vision scopes will be fairly small.

The new technology will mostly be used in the defense industry. In addition to protecting weapons against debilitation by lasers, the technology can also be used to increase the resilience and survivability of unmanned aerial vehicles.

The shield system is now ready for commercial rollout, and the scientists have already discussed its possible uses with representatives from the Russian Ministry of Defense.