RBTH
Interfax
An International Criminal Court prosecutor has started a preliminary inquiry into crimes committed before and during the removal of Ukrainian President Viktor Yanukovych from office.

An International Criminal Court prosecutor has started a preliminary inquiry into crimes committed before and during the removal of Ukrainian President Viktor Yanukovych from office.

"The Prosecutor of the ICC, Fatou Bensouda, has decided to open a preliminary examination into the situation in Ukraine in order to establish whether the Rome Statute criteria for opening an investigation are met," says the court press release posted on Friday.

"On 17 April 2014, the Government of Ukraine lodged a declaration under Article 12(3) of the Rome Statute accepting the jurisdiction of the International criminal Court (ICC) over alleged crimes committed on its territory from 21 November 2013 to 22 February 2014," the press release said.

The declaration was filed consistent with article 12(3) of the Rome Statute, which allows a non-member state to accept the ICC jurisdiction.

At the same time, the acceptance of the ICC jurisdiction does not imply an automatic inquiry. If the prosecutor decides that the available information is sufficient for opening an investigation, he will decide whether or not to request that the judges start the inquiry or not. If an investigation begins, the prosecutor will decide, proceeding from the collected evidence, whether ICC judges should be requested for sending a subpoena or issuing a warrant for the arrest of suspects who fall under the ICC jurisdiction. 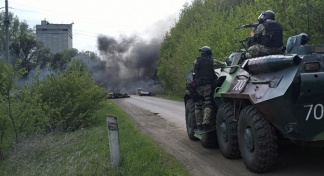 The ICC is the first judicial institute operating on a permanent basis and dealing with genocide, war crimes and crimes against humanity. It was founded on the basis of the 1998 Rome Statute in July 2002.

The ICC is headquartered in The Hague but it may hold its sessions anywhere by the wish of the judges.

Ukraine signed the Rome Statute on January 20, 2000, but did not ratify it until now.