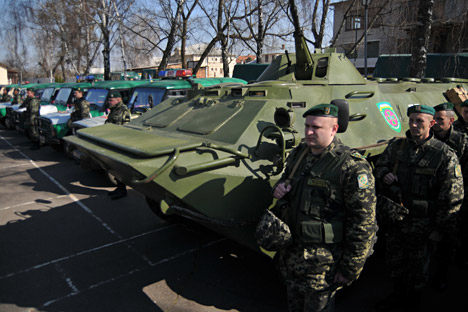 Russia has pulled back even tactical units from the Ukrainian border while Kyiv has deployed a 15,000-strong force in the border area, Russian Deputy Defense Minister Anatoly Antonov said. 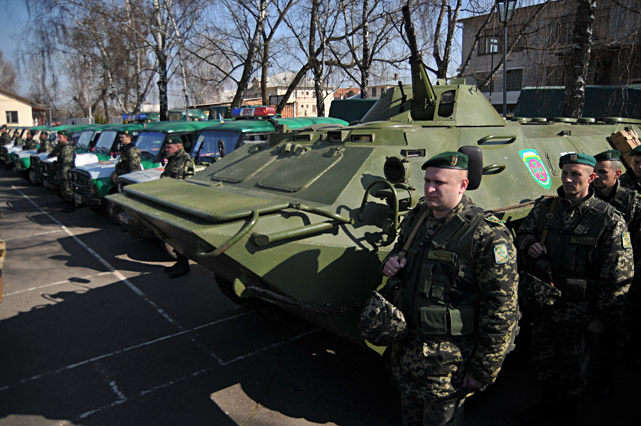 Russia has pulled back even tactical units from the Ukrainian border while Kyiv has deployed a 15,000-strong force in the border area, Russian Deputy Defense Minister Anatoly Antonov said.

"Seeking to rule out further provocations, we have pulled back from the border even the tactical units, which were practicing at training ranges. The Defense Minister of the Russian Federation informed his U.S. counterpart about that on the phone," Antonov told reporters on Thursday.

"Against this backdrop the concentration of Ukrainian armed forces continues on the Russian-Ukrainian border. A 15,000-strong Ukrainian force has been deployed in the border zone. Army conscription has resumed," he noted.

"Simultaneously, NATO forces are being built up in Eastern Europe," the deputy minister said.

"To say the least, such steps taken amid the ongoing crisis do not help de-escalate tensions in Ukraine," he noted.

"NATO and U.S. officials reported in the past 24 hours there were no signs of change in the positions of Russian forces along the Ukrainian border," the deputy minister continued.

"Customary NATO and especially U.S. colleagues did not take the trouble to validate their opinion with evidence," Antonov added.

"Up until now not a single member-state of the North Atlantic alliance, including the U.S., has laid formal claims of non-fulfillment or direct violation of international commitments of the Russian Federation in the field of conventional armaments," he emphasized.

"Nevertheless, Western partners insistently persuaded us to demonstrate 'unilateral transparency' and allow additional inspection missions on the territory of the Russian Federation. For instance, the issue was discussed in the recent telephone conversation of the Russian and U.S. defense ministers, in which General of the Army S. Shoigu informed his colleague that Russian units were pulled back to their permanent bases after the exercises held near the Ukrainian border in the last days of April," Antonov said.

Read more: Putin: There are no Russian troops left on the Ukrainian border